There are more billionaire since Copenhagen - Nowhere & Everywhere

Fossil fuel interests declare spending €44m a year on lobbying the EU in Brussels – around €120,000 a day. In the US in 2013, oil, gas and coal industries spent almost $157m on lobbying – over $430,000 per day, or $24,000 per hour. By comparison, the entire alternative energy sector spent the same amount on lobbying in one year as just the top two spending oil giants, according to the Overseas Development Institute and Oil Change International.

Forbes Billionaires list, available in real time has coded those with business interests or activities in the fossil fuel sector if the description of the source of wealth was interpreted to be related to the fossil fuel sector. In some cases the source of wealth is explicitly listed as ‘oil’, ‘coal’, or ‘gas’, or upstream/downstream sectors like ‘oil refining’, or ‘pipelines’. In others the company name is given. Some billionaires have interests in more than one sector, including fossil fuels.

Let’s see if this shifts over the next couple of years as we need it to. 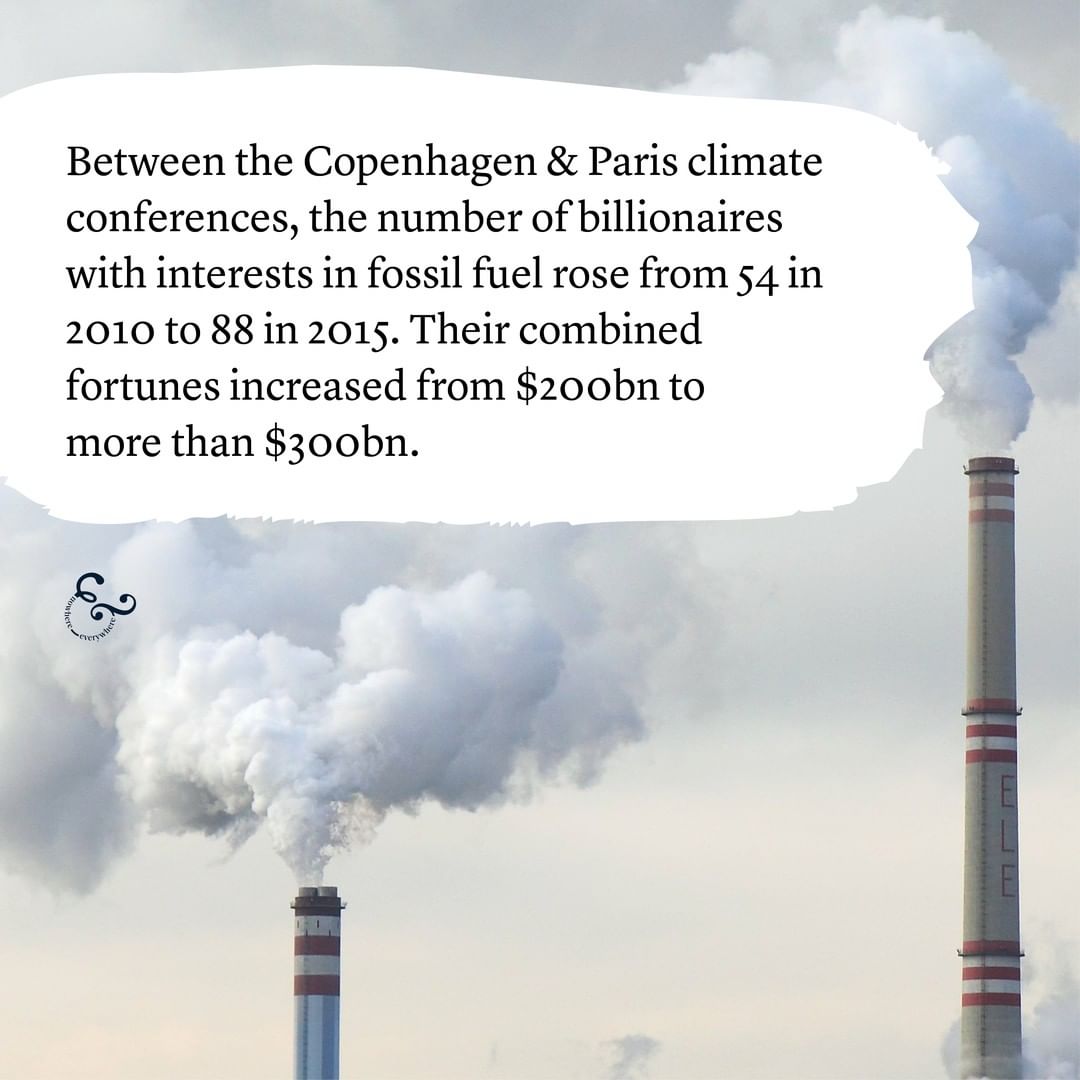