Lis here – this one feels really personal to me. I’m not sure if it’s even possible in hyper-capitalism. It depends on what you determine as ‘better’. As someone who landed on this planet with a substantial amount of privilege due simply to my skin color and country of birth, I’m not sure I will ever be able to return to the Earth as much as I’ve taken from it – and I live fairly minimally. That’s not better. Anyone else feel that way?⁠
⁠
It always reminds me a bit of last seasons ending to The Good Place. (Spoiler!) There’s a reason everybody ended up in the bad place from 521 years ago – exploration and colonization flourished across the seas with Christopher Columbus’s journey.⁠
⁠
“Life now is so complicated, it’s impossible for anyone to be good enough, for the good place. These days just buying a tomato at the grocery store means you are unwittingly supporting toxic pesticides, exploiting labor, contributing to global warming. Humans think that they’re making one choice, but they’re actually making dozens of choices they don’t even know they’re making.”⁠
⁠
And then the judge tells them to make better choices. Which is hard when everybody is working all the time to get by. It’s a case for direct consequentialism – holding the consequences of one’s conduct as the ultimate end for any judgment about the rightness or wrongness of that conduct regardless of motive. But that’s pretty darn hard to argue for these days.⁠
⁠
I’d venture a guess to say Indigenous peoples may also feel the Earth was a substantially better place a long time ago. So, let’s be kind to our Earth. Follow the examples of people who have been practising environmentalism & sustainability for thousands of years (in the case of First Nation Australians, over 60,000 years). Do everything you can and everything within your power. Don’t greenwash your own choices and justify poor ones. Learn from them. But don’t beat yourself up.

This world is hard. The system is totally broken. If we all come together to change that, if we make a real dent in the system we seem trapped in, then we really may leave the Earth in a much better place than when we personally arrived. And that’s worth fighting for.⁠ 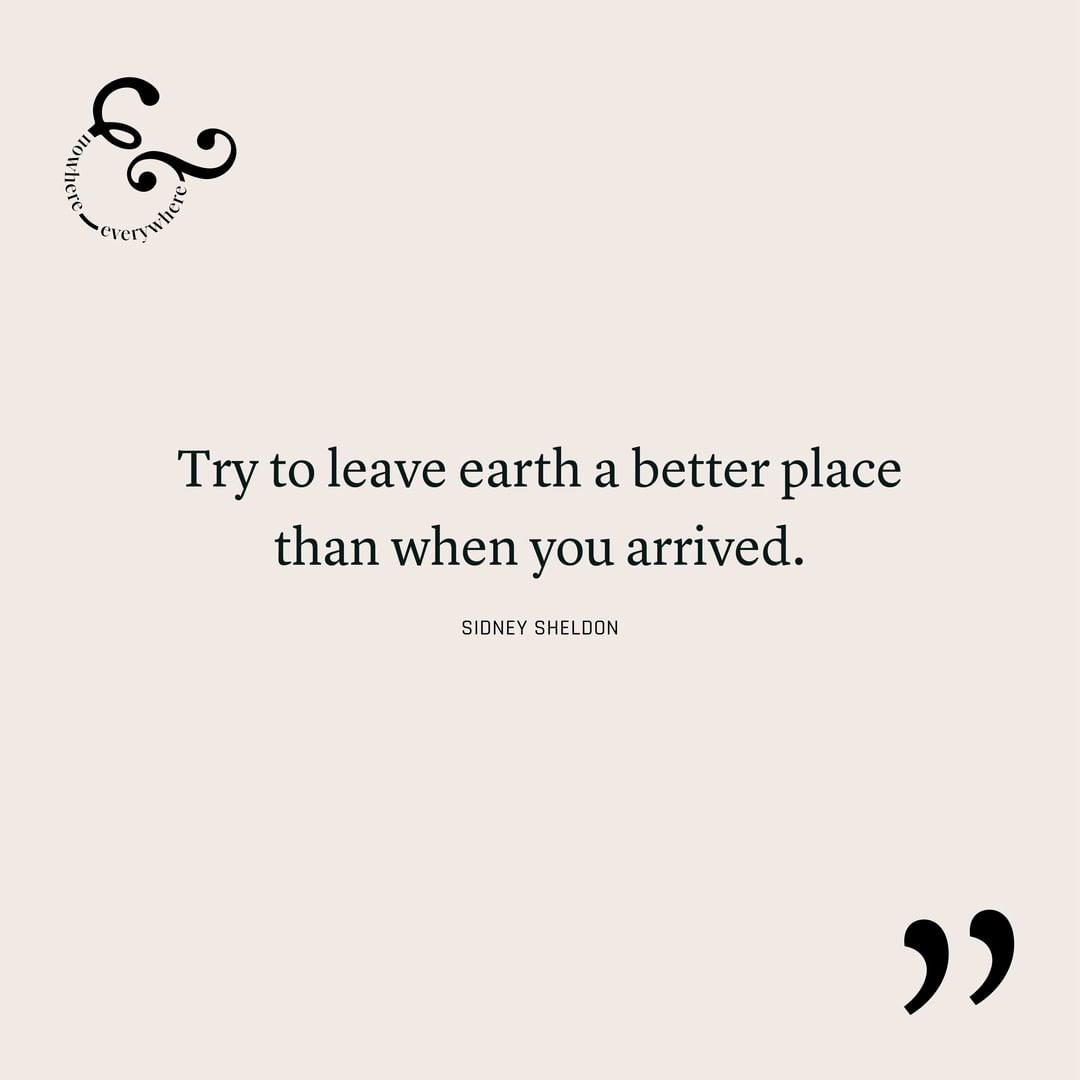