We already knew exactly what was going to happen - Nowhere & Everywhere

Lis here! In 1968 a group of scientists, researchers and business people formed in Italy as a global think tank to address the state of our environment, including global warming and our capitalistic economy that was increasingly reliant on growth. It was known as the Club of Rome. Cutting edge modelling showed that humanity urgently needed to take serious and immediate action on all levels. ⁠
⁠
My mum told me this. An activist in Europe, she was part of a group that acted on the report. The book produced from it, Limits to Growth, became somewhat of a bible to environmentalists like her. In 2014 an analysis showed the Limits to Growth business-as-usual scenario has proven largely accurate thus far. ⁠
⁠
It was by far not the only warning at the time though. The Charney Report of 1979 was the first comprehensive assessment of human-created global warming and its main conclusion was that the estimate of probable warming for a doubling of CO₂ would be near 3°C with a probable error of 1.5°C. We’re currently projected for over 4°C by 2100, within the Charney margin of error. Even if all stated policies were implemented today, we would likely hit 3°C.⁠
⁠
In 1992 a document was signed by 1,575 of the world’s most prominent scientists (including 99 living Nobel laureates) and was sent to governmental leaders all over the world. It was titled World Scientists’ Warning to Humanity. ⁠
⁠
“Human beings and the natural world are on a collision course. Human activities inflict harsh and often irreversible damage on the environment and on critical resources. If not checked, many of our current practices put at serious risk the future that we wish for human society and the plant and animal kingdoms, and may so alter the living world that it will be unable to sustain life in the manner that we know. Fundamental changes are urgent if we are to avoid the collision our present course will bring about.”⁠ 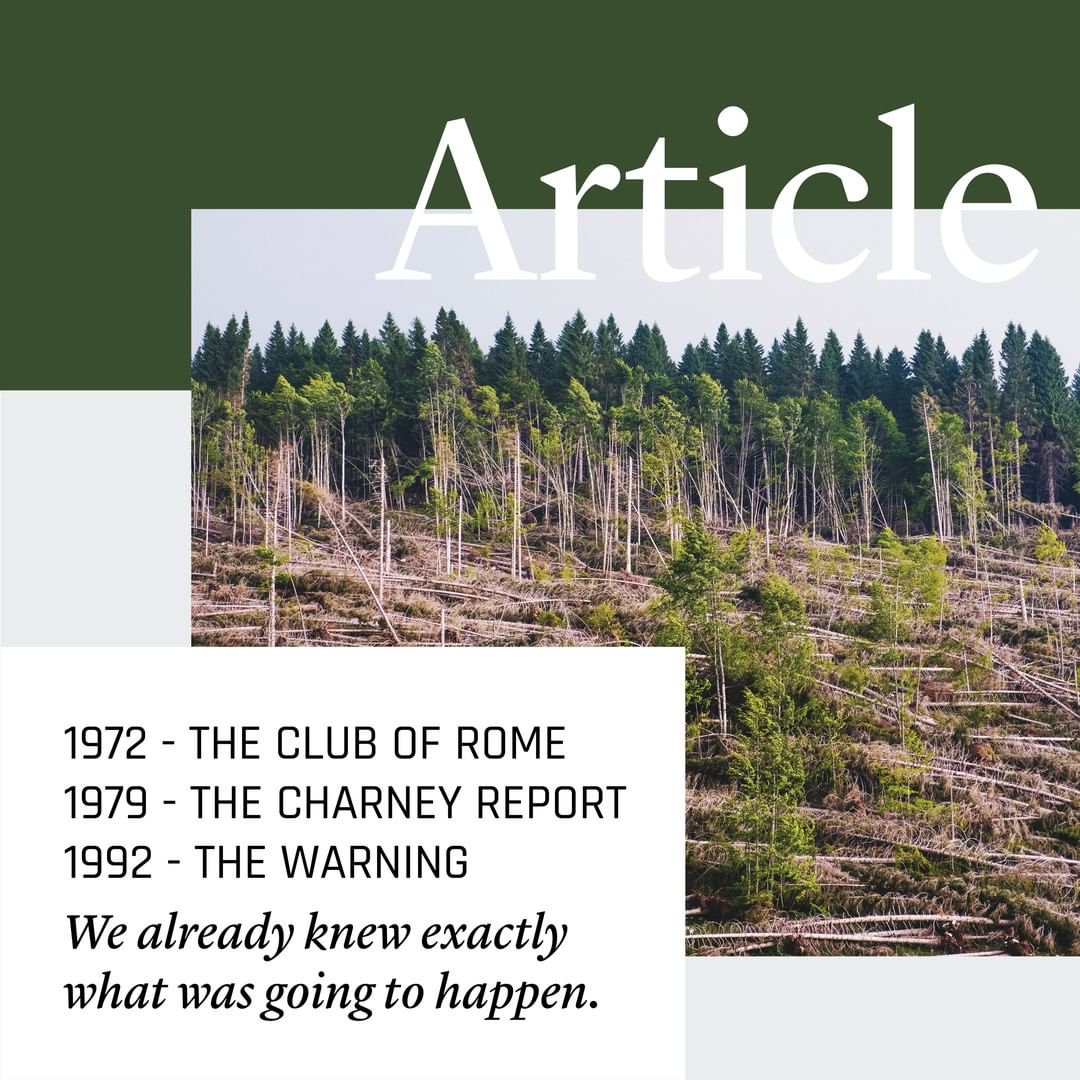