We are losing more than 12 million hectares of land every year. Deforestation, overgrazing, and overuse of water by people are some of the leading factors responsible for desertification. 24.1% of the Earth’s surface is made up of desertified lands, which are home to about one-sixth of the world’s population! ⁠
⁠
According to a 2013 report by the United Nations Convention to Combat Desertification (UNCCD), desertification, land degradation, and droughts have accelerated during the twentieth and twenty-first centuries, particularly in arid and dry sub-humid areas. ⁠
⁠
In the last 40 years, the Earth has lost a third of its arable land to erosion and degradation. Scientists predict desertification will increase in some areas particularly where it gets hotter and drier due to climate change.⁠
⁠
The way we stop this? Stop involving ourselves on these lands and let them recover. We caused it, we can fix it by stepping away.⁠
⁠ 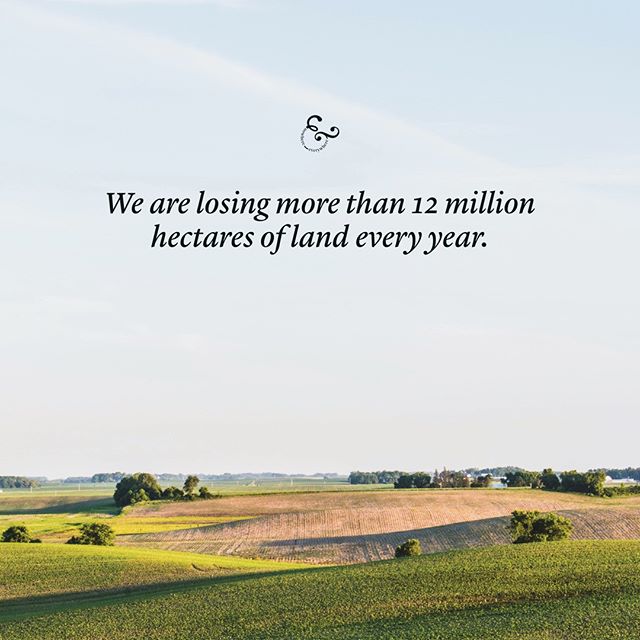