With 65 billion chickens consumed each year, the signature fossil of the modern epoch may be the leftovers. There are about 23 billion chickens on Earth at any given time, at least ten times more than any other bird, forty times the number of sparrows. The combined mass of those 23 billion chickens is greater than that of all the other birds on Earth.⁣
⁣
Over time we have changed the biology of chicken. The modern broiler chicken, with an average life until slaughter of a scant five to nine weeks, by various estimates, has five times the mass of its ancestor. It has a genetic mutation that makes it eat insatiably so that it gains weight rapidly. It is subject to numerous bone ailments because it has been bred to grow so quickly. And because of its diet — heavy on grains and low on back yard seeds and bugs — its bones have a distinct chemical signature.⁣
⁣
The broiler is also completely dependent on and designed for an industrial system of meat production. It can only live supported by human technology. Eggs are artificially incubated and chicks grow in climate controlled sheds of up to 50,000 chickens.⁣
⁣
The chickens are transported to slaughterhouses at no older than nine weeks (broilers at some farm animal sanctuaries live four years or more) “where most waste products (feathers, manure, blood etc.) are recycled via anaerobic digestion, incineration and rendering into edible byproducts, all technology dependent.⁣
⁣⁣
Estimates of how many animals we eat every year have varied a lot over the years with most measures falling in to the 70 billion – 120 billion animals per year. If we’re eating 65 billion chickens a year we’d have to take a measured guess that the higher end of that spectrum is consumed per year.⁣
⁣
⁣Data Source: New York Times 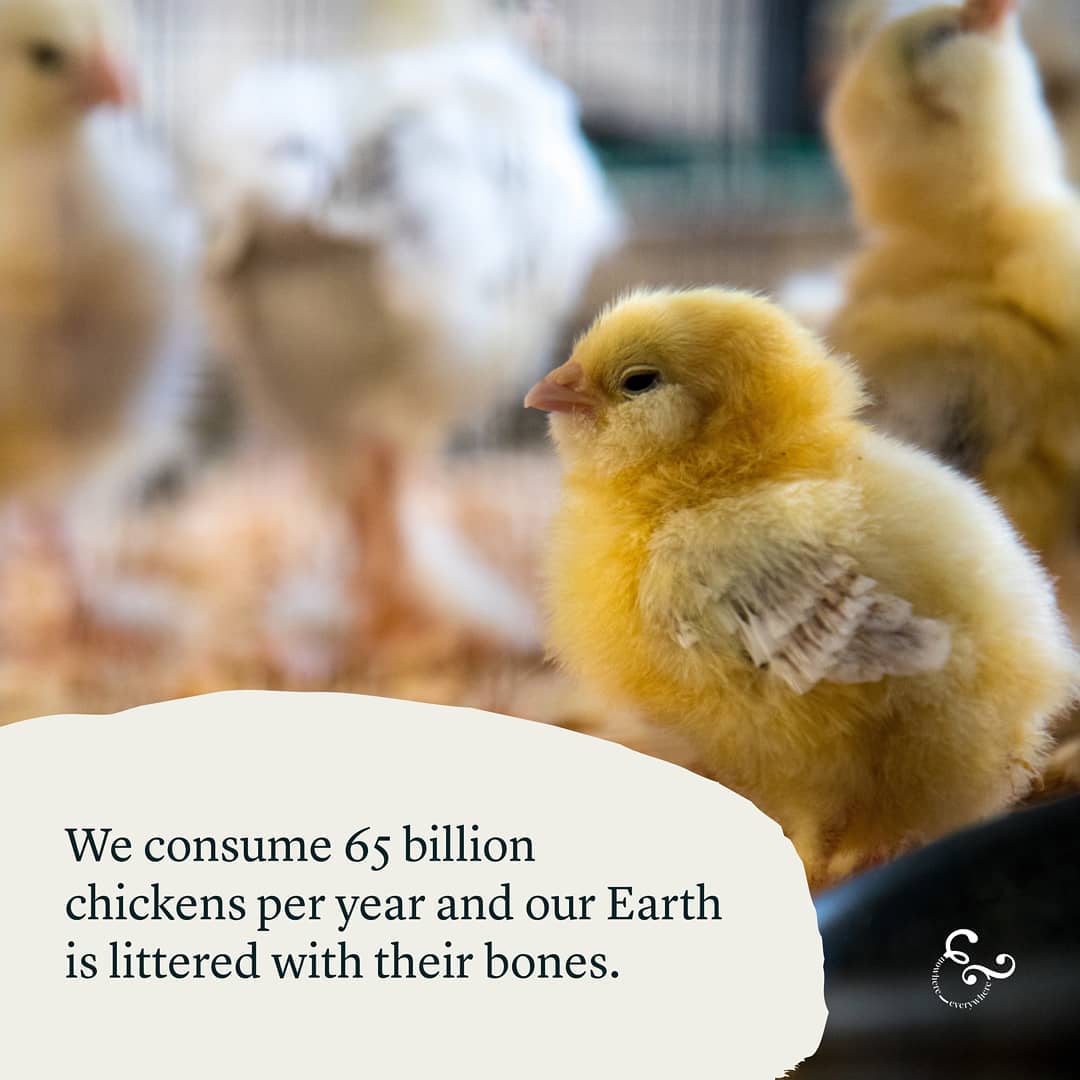