We must stop Tuvalu from sinking - Nowhere & Everywhere

Rising seas are on the verge of swallowing two of the tiny archipelago’s nine islands. “Tuvalu is sinking” is the local catch-all phrase for the effects of climate change on this archipelago on the frontline of our climate crisis.⁠
⁠
During storms, waves batter the island from the east and the west, “swallowing” the country, in the words of the locals. Scientists predict Tuvalu could become uninhabitable in the next 50 to 100 years. Locals feel it could be much sooner. Nearby Kiribati is predicted to be uninhabitable in 10 to 15 years. The UN has been consistently calling for urgent action on climate change on behalf of nations like Tuvalu who are already experiencing the effects constantly. These tiny islands contribute insignificant amounts to our crisis. Climate change cannot be stopped here, it has to be stopped in the rest of the world.⁠
⁠
Australia and New Zealand being allies and neighbors have a moral responsibility here. This has recently not gone well with the Deputy PM of Australia stating “I get a little bit annoyed when we have people in those sorts of countries pointing the finger at Australia and saying we should be shutting down our resources sector so that they will continue to survive. They will continue to survive because many of their workers come here and pick our fruit.”⁠
⁠
Nothing like the taste of white supremacy and colonialism.⁠
⁠
Though it remains to be tested, a recent case for the United Nations human rights committee highlighted that it is unlawful for governments to return people to countries where their lives might be threatened by the climate crisis. Australia has been horrific with refugees in the past so it looks like there might be a few court cases in its future. Across the world we have to do better. Even if you’re currently unaffected, others very much are.⁠
⁠
“You are concerned about saving your economy in Australia … I am concerned about saving my people in Tuvalu” – Tuvalu’s Prime Minister Enele Sopoaga ⁠
⁠
“The Pacific Islands will be the canary in the coalmines for climate-induced migrants” – Kate Schuetze, Pacific researcher for Amnesty International. 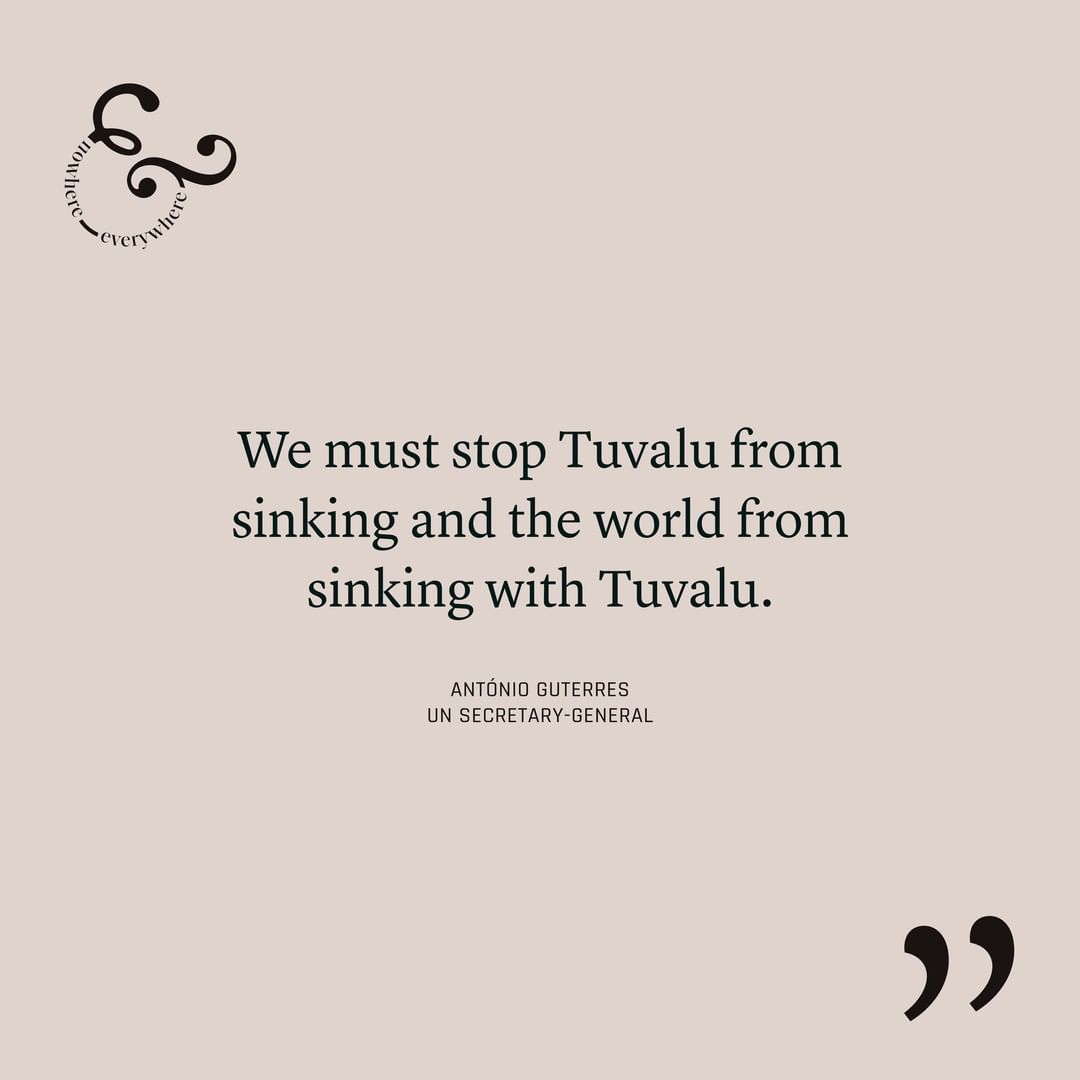