“We are essentially destroying the very life support systems that allow us to sustain our existence on the planet, along with all the other life on the planet. It is just horrifying to watch us decimate the natural world like this.” – Brad Lister⁠
⁠
Recent surveys have warned of “bugpocalypse”, as surveys indicate that insects everywhere are declining at an alarming rate. Over 40% of insect species are threatened with extinction over the next few decades.⁠
⁠
Factors such as habitat loss by conversion to intensive agriculture, pesticides and climate change are likely contributing to the decline. Insects are ecologically important and if they were to disappear, the repercussions for our ecosystems would be catastrophic, as insects are at the functional base of many of these.⁠
⁠
For example, falling insect abundance in Central American tropical forest has been accompanied by parallel declines in the numbers of insect-eating frogs, lizards and birds. ⁠
⁠
Scientist Brad Lister calls these impacts a “bottom-up trophic cascade”, in which the knock-on effects of the insect collapse surge up through the food chain. Habitat restoration, coupled with a drastic reduction in agro-chemical inputs, is probably the most effective way to stop further declines, particularly in areas under intensive agriculture.⁠
⁠
Remember when we were young and we heard them everywhere?⁠
⁠
Source: The Conversation, Sánchez-Bayoa and Wyckhuysbcd (2019), The Guardian 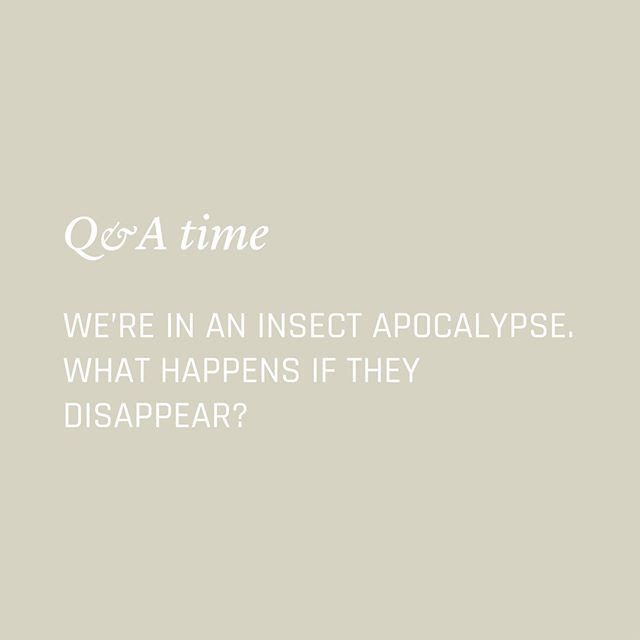