Restoring forests may be one of our most powerful weapons in fighting climate change. A 2019 study found that adding 2.2 billion acres of tree cover would capture two-thirds of human-made carbon emissions. We’ve cut down 46% of all trees since the 1990s and lost a whopping 1.3 million square km of forest.⁠
⁠
Allowing our forests to recover could soak up a significant amount of greenhouse gas emissions, according to “The global tree restoration potential” report published in last year which used direct measurements of forest cover to generate a model of forest restoration potential across the globe. Their maps show how much additional tree cover could exist outside of existing forests and agricultural and urban land.⁠
⁠
Ecosystems could support an additional 0.9 billion hectares of continuous forest which would represent a greater than 25% increase in forested area. Such a change has the potential to store an equivalent of 25% of the current atmospheric carbon pool.⁠
⁠
Sources: Vox, Thomas Crowther of the Netherlands Institute of Ecology, Bastin et al 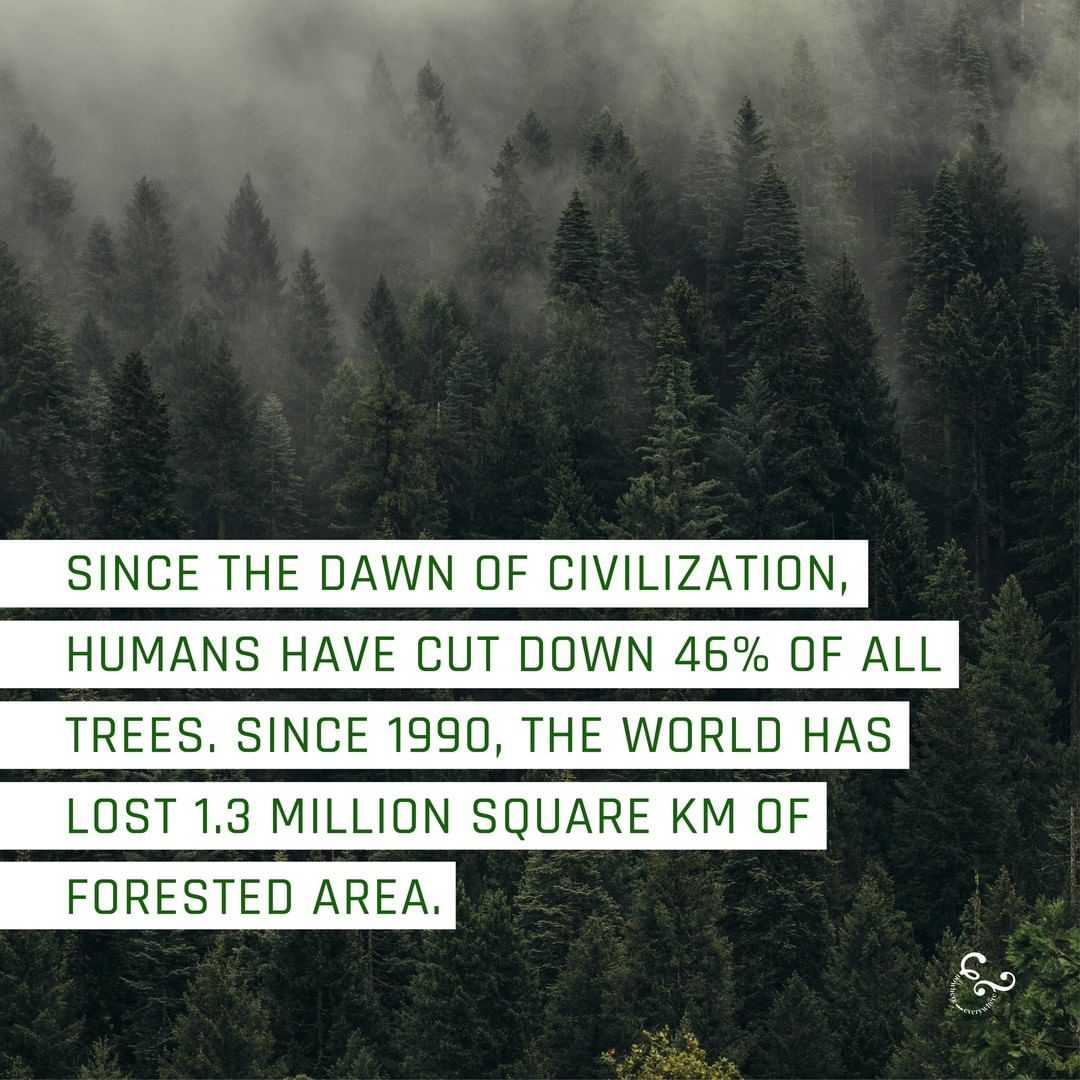