What are the Aichi targets? - Nowhere & Everywhere

Have you heard of the Aichi Targets? Most of us haven’t and that’s a problem. The biodiversity crisis runs alongside the #climatecrisis. The targets were adopted by the Convention on Biological Diversity in 2010. The targets are a set of 20 ambitious but achievable goals to safeguard global ecosystems and improve on the status of biodiversity. ⁠
⁠
These global conservation targets for 2020 include integrating biodiversity values into national and local development strategies and into national accounting and reporting systems, reducing the rate of loss of all natural habitats, including forests, by at least half and where feasible brought close to zero, and significantly reducing degradation and fragmentation. They also include the traditional knowledge, innovations and practices of Indigenous and local communities relevant for the conservation and sustainable use of biodiversity, to be respected.⁠
⁠
You can probably guess that progress has not been good. As per the last update, the report notes “deeply concerned that, despite many positive actions by Parties and others, most of the Aichi Biodiversity Targets are not on track to be achieved by 2020. For most of the Aichi Biodiversity Targets, there has been limited progress, and, for some Targets, no overall progress.”⁠
⁠
Effective implementation of these targets is critical. Biodiversity is still dwindling at rates comparable to the last mass extinction this planet saw. We need so much more additional effort to reach the targets even by 2030 let alone the planned 2020; this requires our governments, badly. We know everything seems to come down to individuals and that’s exhausting but this is a place we need to press governments on again. Recognizing and addressing – with significant reforms – the biodiversity crisis is critical. 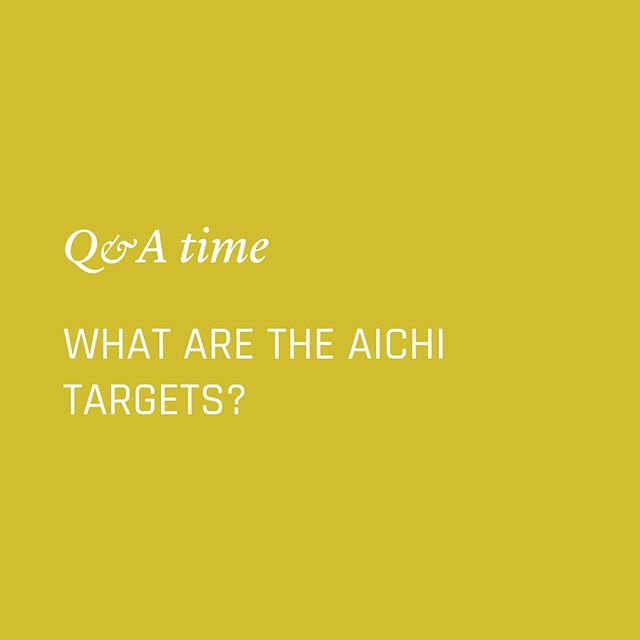