According to a study by Harvard’s Jesse Keenan, Thomas Hill, and Anurag Gumber investigating the intersection of climate change and real estate, the theory of “climate gentrification” is based on the idea that “climate change impacts arguably make some property more or less valuable by virtue of its capacity to accommodate a certain density of human settlement and its associated infrastructure.”

The implication is that the price volatility “is either a primary or a partial driver of the patterns of urban development that lead to displacement (and sometimes entrenchment) of existing populations consistent with conventional framings of gentrification.”

Climate gentrification generally occurs in three main ways according to the study. The primary manner is where investors start to shift capital to more elevated properties. The second occurs when climate change raises the cost of living so that only the wealthiest households can afford to stay in place. Lower-income households are forced to move away as the increasing costs of insurance, property taxes, and repairs price them out of the area. The third is when the environment is re-engineered to be more resilient. 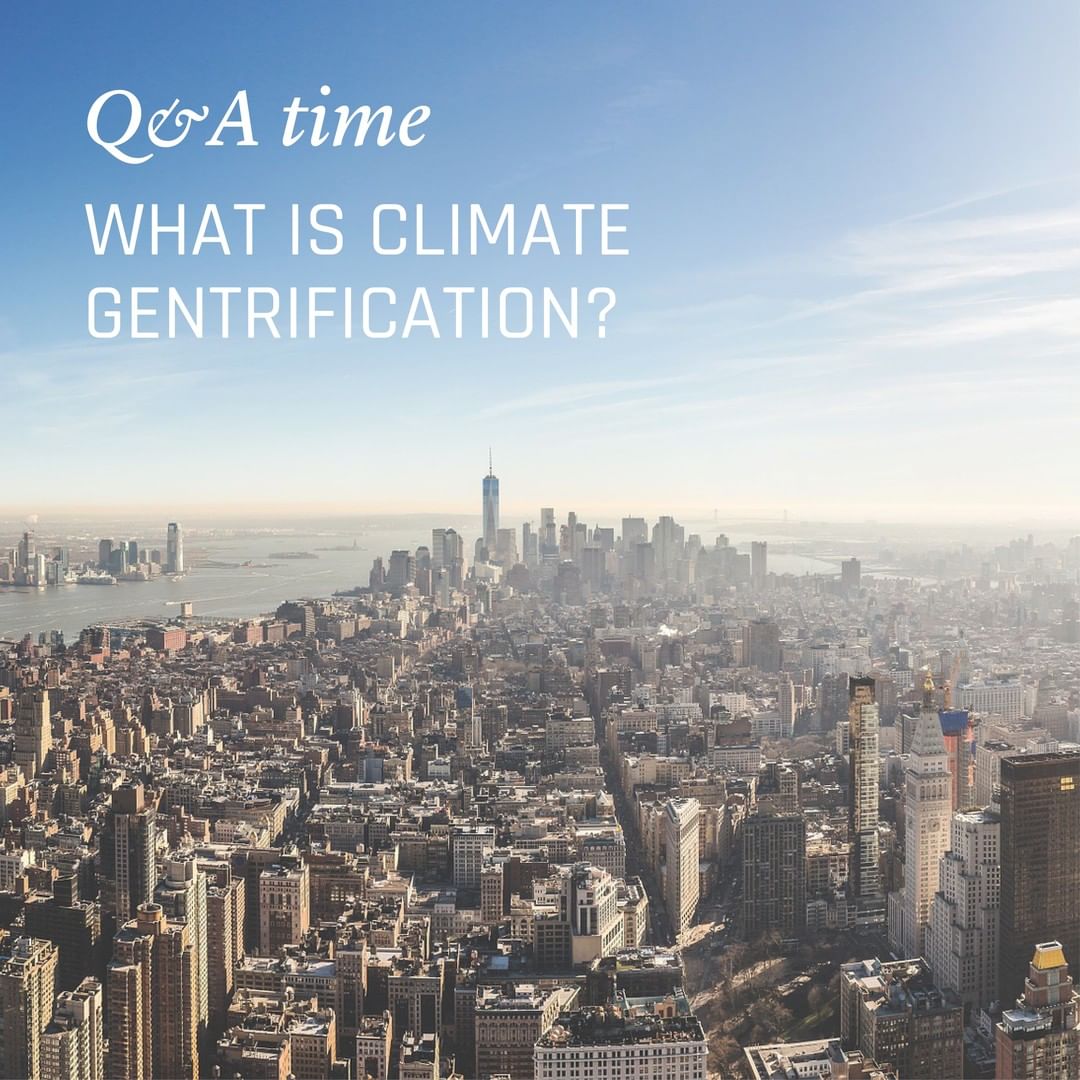