What is polar amplification? - Nowhere & Everywhere

The Arctic is warming two to three times as fast as the global rate due to the feedbacks in the Arctic climate system. “Polar amplification” usually refers to greater climate change near the pole compared to the rest of the globe in response to a change such as the concentration of greenhouse gases.⁠
⁠
Polar amplification is thought to result primarily from positive feedback loops from the retreat of ice and snow. As sea ice is heat-deflecting it reflects nearly all of the sunlight that hits it back into the atmosphere which helps keep the polar regions cold, because the sunlight reflected back into space does not warm the surface. Melting sea ice means that the polar regions have less of a reflective surface and more heat is absorbed, which causes more melting, which in turn amplifies the warming.⁠
⁠
As sea ice declines, it becomes younger and thinner, and more vulnerable to further melting. Most models predict the Arctic could be ice-free by mid-century. Ice free Arctic summers might be less than twenty years away.⁠
⁠
Important to note: polar amplification also has impacts on larger air and ocean systems at lower latitudes. 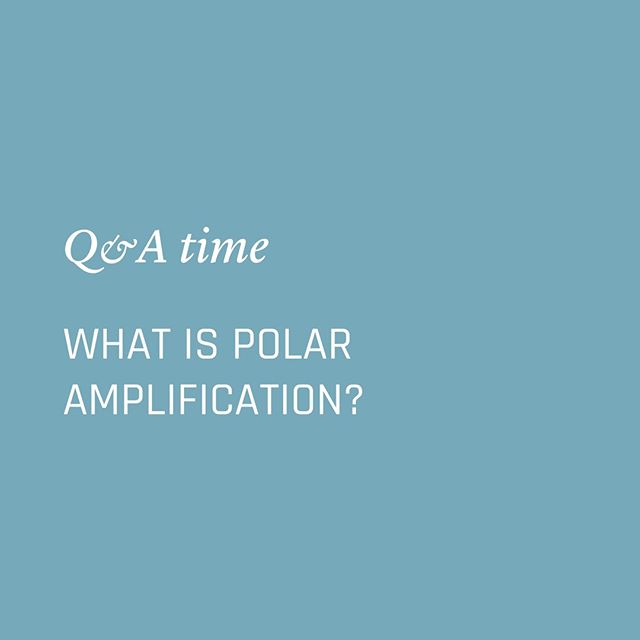