We don’t really spend enough time talking about Indonesia. Indonesia is one of the top ten emitters of the world (as a country) and has been in a major deforestation and land-rights crisis. Jakarta is sinking, ground water is depleting and the middle-class is becoming more affluent. Indonesia is one of Australia’s largest beef (mostly through live-exports) trading markets and has just opened up to Brazil. It is a prime location for the palm-oil tragedy. There’s poverty and of course, a history of colonization. There’s a lot going on.⁠
⁠
In West Papua, illegally occupied by Indonesia, Mongabay reports that an international consortium intends to clear vast swaths of rainforest (nearly double the size of greater London) to plant oil palm without the consent of Indigenous peoples. Its Tanah Merah project is ripping a hole in an enormous expanse of pristine forest, swarming with species found nowhere else.⁠ It’s the last frontier of Indonesian forest after the devastation of Sumatra and Kalimantan.⁠
⁠
According to Mongabay, if the scheme continues, it will produce as much greenhouse gas every year as the state of Virginia. The Gecko Project, Mongabay, Tempo & Malaysiakini have reported extensively on the story behind this. Key takeaways from the investigation include that the project poses a greater threat to Indonesia’s forests than any other, key permits have been hidden from public scrutiny, the project involves two of the world’s most notorious logging firms, the project falls on the land of Indigenous people whose rights have been routinely ignored, and the project is a test case for whether Indonesia will be able to halt deforestation, with global implications. ⁠
⁠
The government recently found that more than 80% of palm oil plantations in Indonesia are operating in violation of numerous regulations.⁠
⁠
The whole story is also a clear example of needing to solve corruption and agribusiness (bigAg) lobbying, in order to address the climate and biodiversity crisis. That’s something all our countries need to expose and deal with (it’s also an excellent reason to support investigative journalism). ⁠
⁠
Photos & reporting by @thegeckoproject 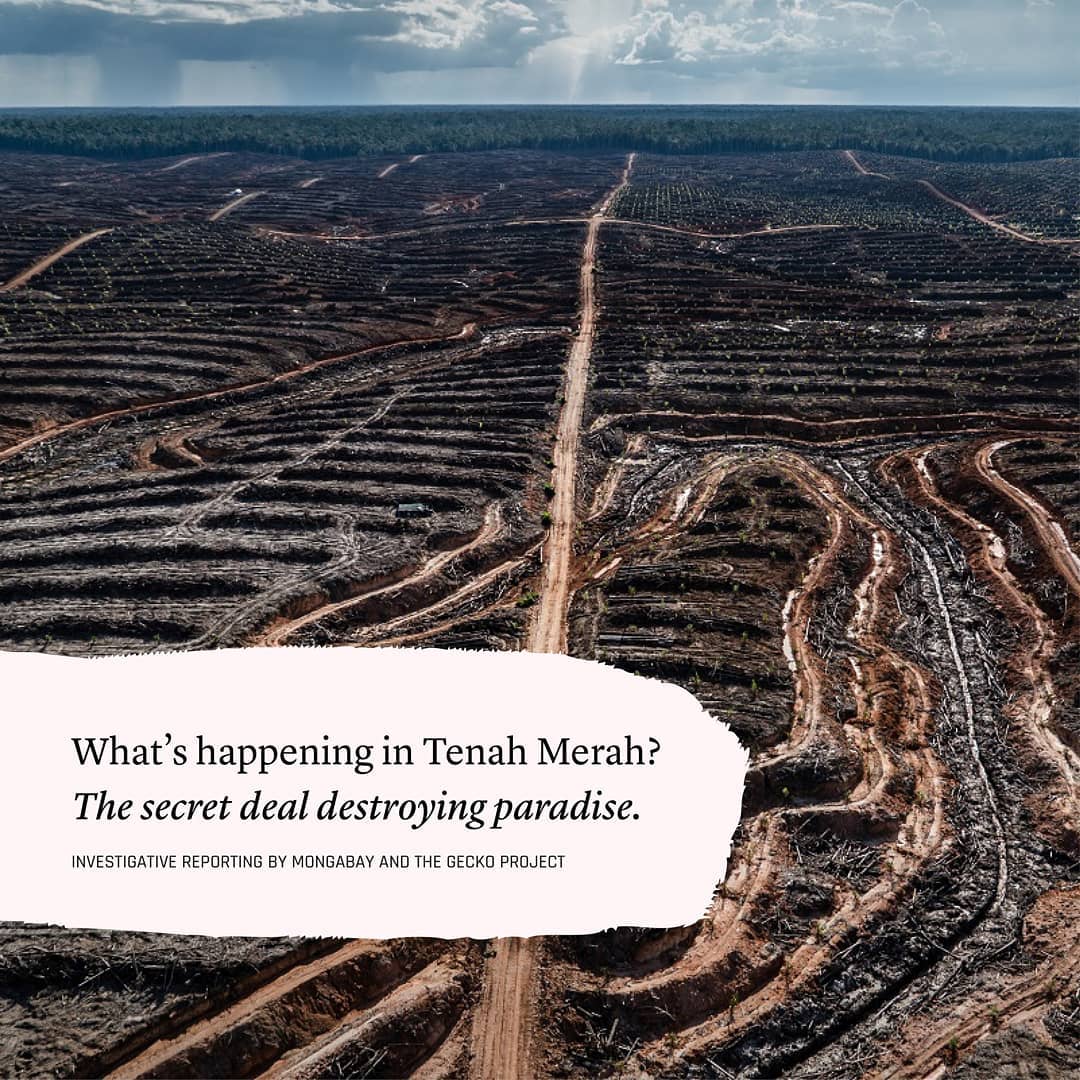