Where we work in Cambodia there are climate refugees. - Nowhere & Everywhere

“Climate change has long had its fingerprints over untold killer floods, droughts and famines. Unfortunately the people being sacrificed every day to the climate crisis out those least responsible for it. They hav been deliberately made invisible because the lives of those with black and brown skins simply don’t matter.”

Where we work in Cambodia there are climate refugees. They have migrated across the border and they haven’t returned. They won’t even though doing so puts their life at risk. Their life was more at risk here. It is too hot. There is too much drought. Not enough electricity. The dried up rivers have stolen the fish. The crops that sustained the generations before them in livelihood & food are unpredictable. In other areas of the country, migration is not an option. Forced slavery & debt bondage in a brick kiln becomes the only way out. If out means you are trapped for life. For a country still only recovering from the Kissinger bombs that became fertile ground for a coup, US invasion & the events that followed, it now must figure out how to deal with this. ⁣
⁣
Across the world in Central America, millions are leaving for similar reasons. Headed toward a giant, monetarily wealthy country, that will try to lock them up and use them as a political pawn in a game that eventually, nobody wins. ⁣
In Syria we neglect a nation here in part due to a changing climate (with a drought made even more vulnerable from intensive cotton farming). Billionaires do not donate hundreds of millions overnight to the destroyed archeological treasures there; burned and bombed. We watch on; silent.⁣
⁣
We have no idea how many climate refugees are coming. We have no idea whether we will be one of them. You may be insulated now. You may not be in ten years. It is surprising how quickly things move when you realize you do not have access to water to drink or food to eat. Spend a little time in nature and you will fast realize how reliant on our environment we are; entirely. About 200 million will become climate refugees by 2050. It may be 1 billion. Nobody wants to be a refugee. Nobody wants to have to seek asylum.⁣
⁣
Is it simply the good fortune from a sperm and an egg that should protect us now? Let’s position ourselves in empathy. Let’s recognize that people suffering brutal consequences right now are doing so, in large part, from our modern consumption & exploitation, and generations of horrific previous history. We can do better. If for nothing else, how would you wish to be treated? 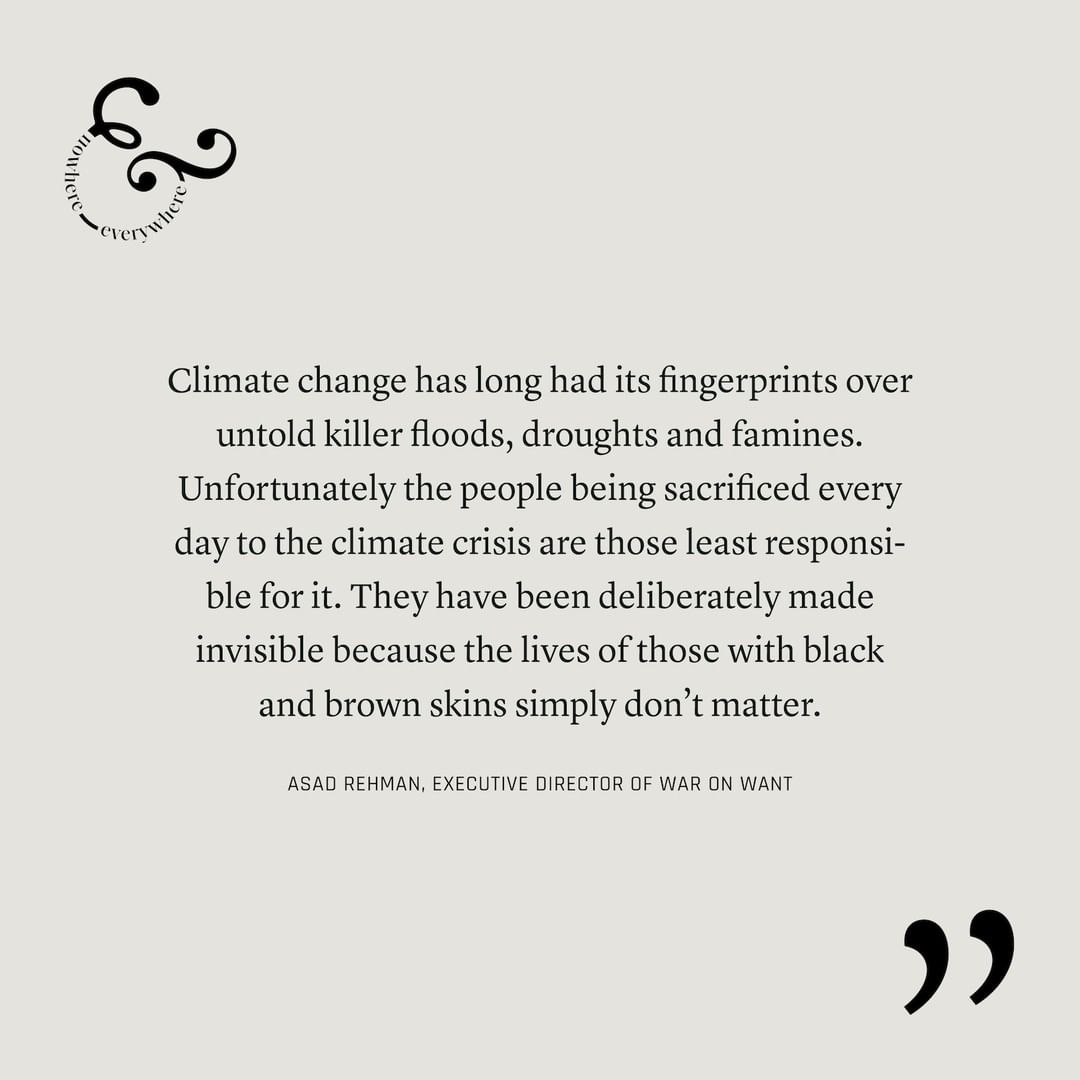