With a 60% increase from the year before, Ghana is losing its rainforest faster than any other country in the world - Nowhere & Everywhere

The deforestation rate in the Amazon is increasing at the moment but there’s another country not receiving much attention. Ghana’s rainforest is being lost at an alarming rate. Global Forest Watch used updated remote sensing and satellite data from the University of Maryland to estimate that there was a 60% increase in Ghana’s primary rainforest loss in 2018 compared to 2017, the highest increase in the world.⁠
⁠
The second highest was Côte d’Ivoire with a 28% increase. These countries produce nearly 60% of the world’s cocoa. In a 2016 report, the Forestry Commission said nearly 80% of Ghana’s forest resources under state management had been lost to illegal logging activity since 1990. While clearing for cocoa farming is a leading cause of deforestation, mining is the biggest threat. Small scale mining has caused massive environmental damage.⁠
⁠
Just last week Europe announced they were setting out a new plan to protect and restore forests that were part of supply chains for items like chocolate, meat, and soy. Europe is home to the world’s biggest chocolate consumers, led by Britain, Switzerland, and Germany, where people eat more than 8kg of chocolate a year on average. It’s not concrete and yet to be developed so for now, these countries remain on our hot spots to watch for this year. ⁠
⁠
⁠ 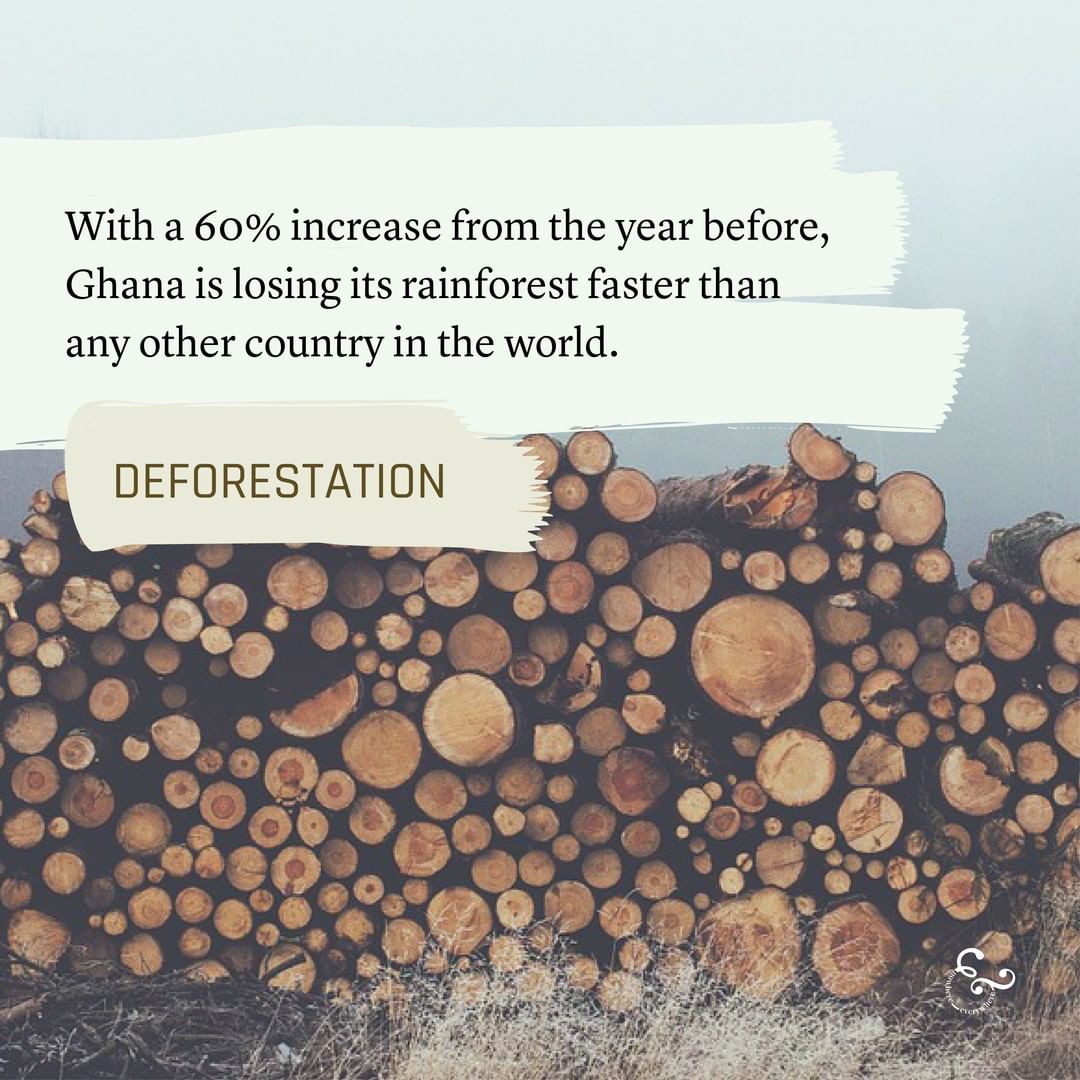