1/ When Hurricane Dorian slammed into the Bahamas it destroyed about 30 percent of the coral reefs around the islands, according to a new report. Even before Hurricane Dorian, the reefs were in jeopardy. In 2016, the Perry Institute found reefs to be under stress and classified them as impaired, the category just above poor. (NYT / Perry Institute)

2/ The Antarctic has registered a temperature of more than 20C (68F) for the first time on record. Scientists, who collect the data from remote monitoring stations every three days, described the new record as “incredible and abnormal”. It follows another recent temperature record on 6 February when an Argentinian research station at Esperanza measured 18.3C, which was the highest reading on the continental Antarctic peninsula. (The Guardian)

3/ January 2020 was the planet’s warmest January since record keeping began in 1880, said NOAA’s National Centers for Environmental Information (NCEI). Global ocean temperatures during January 2020 were the second warmest on record, and global land temperatures were the warmest on record. It came without an El Niño event being present. Furthermore, we are also near the nadir of one of the least active solar cycles in the past century – a time when it is more difficult to set global heat records, due to the reduced amount of solar energy Earth receives. (Scientific American)

4/ A new study has analysed what the world’s largest 58 airlines – which fly 70% of the total available seat-kilometres– are doing to live up to their promises to cut their climate impact. For 2018, compared with 2017, the collective impact of all the climate measures being undertaken by the 58 biggest airlines amounted to an improvement of 1%. This falls short of the industry’s goal of achieving a 1.5% increase in efficiency. And the improvements were more than wiped out by the industry’s overall 5.2% annual increase in emissions. Industry figures show global airlines produced 733 million tonnes of CO₂ emissions in 2014. Falling fares and more people around wanting to fly saw airline emissions rise 23% in just five years. (The Conversation)

5/ Hundreds of bird populations in India are collapsing, according to a major new report. Over the last quarter of a century there is data available for 261 species – 52 per cent of which were found to be decreasing in number. And over the past five years, data available for 146 species revealed almost 80 per cent of them were declining. Overall there are 101 species now classified as of “high conservation concern”, according to the State of India’s Birds 2020 report. (Independent / State of India’s Birds 2020)

6/ Many of the plastic containers labeled as recyclable in the United States may not actually be recyclable, according to a new report from Greenpeace. The report, which analyzed waste processing data at the country’s 367 material recovery facilities, found that only PET #1 and HDPE #2 plastic bottles and jugs are being recycled with regularity. Plastics #3 through #7, while collected by municipal recycling programs, most often are “being sent to landfills or incinerated.” The new research found that none of the United States’ 367 facilities are capable of processing coffee pods. Just 14 percent of them can process what are known as plastic clamshells, containers commonly used for takeout food, fruit, and baked goods. Just 11 percent of facilities can recycle plastic cups; 4 percent plastic bags; and just 1 percent can process plastic plates, cutlery, straws, and stirrers.  (Yale / Greenpeace)

7/ The environmental impact of the Deepwater Horizon oil spill disaster in the Gulf of Mexico a decade ago was much worse than previously believed, according to a new study. The study’s authors found that the effects of the spill were 30% larger, reaching the Texas shore, the Florida Keys, the coast of Tampa and parts of the east coast of Florida. (The Guardian / Science Advances)

8/ We’re in a mattress recycling crisis an mattresses among the most commonly illegally dumped items. The UK threw away more than 7m mattresses in 2017, the vast majority of which went straight to landfill. The US throws away 18.2m mattresses a year, but there are only 56 facilities available to recycle them. Changing consumer behaviour is behind this ever-growing mattress mountain. Time was, you would change your mattress every eight to 10 years. But with online retailers offering more choice than ever, we have learned to expect better mattresses, and to replace them more frequently. There are now at least 175 companies that will ship roll-down mattresses to your front door; one of the first movers in this space, the US firm Casper, was valued at $1.1bn in 2019. (The Guardian)

9/ JBS, the world’s largest meatpacking company, recently signed a deal that would put its products in more than 60,000 shops and markets around China for supplying beef, pork and poultry products worth around $687 million a year beginning in 2020. Demand for meat in China has risen, tracking the country’s growing incomes. The move follows a deal in November between JBS and China-based Alibaba worth $1.5 billion. The push for cattle pasture drives most of the deforestation in the Amazon, while soybean plantations to supply pig and chicken feed have replaced large tracts of the wooded savannas of the Cerrado. Brazil exports more beef than any other country. (Mongabay)

10/ Almost all countries missed a symbolic 9 February deadline to strengthen plans to fight climate change under the Paris Agreement. Of almost 200 governments, only the Marshall Islands, Suriname and Norway have provided new NDCs to rein in their greenhouse gas emissions and adapt their economies by the date. The three nations only account for only about 0.1% of world greenhouse gas emissions. The UN has confidence NDCs) will be rolling in throughout the year. (CCN) 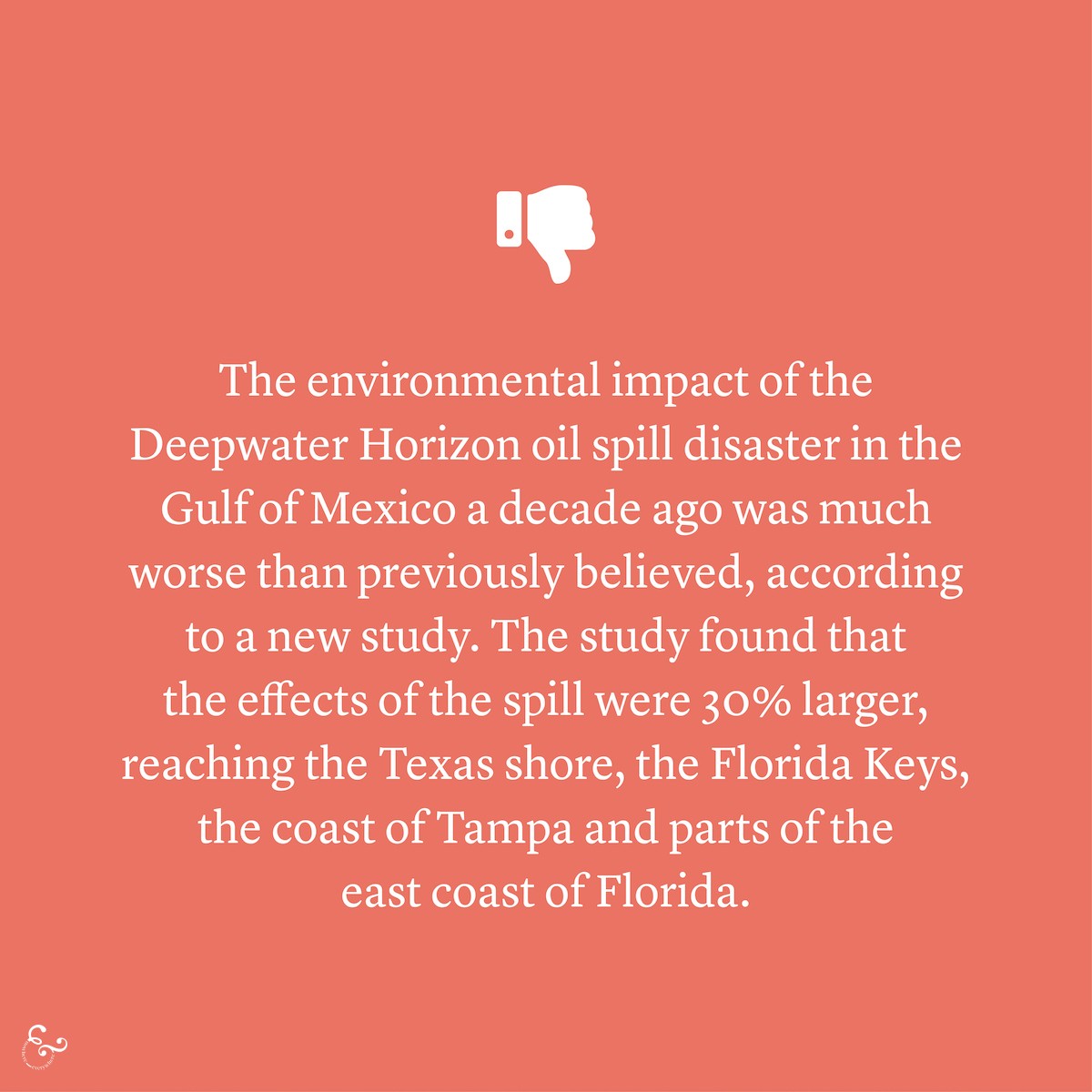 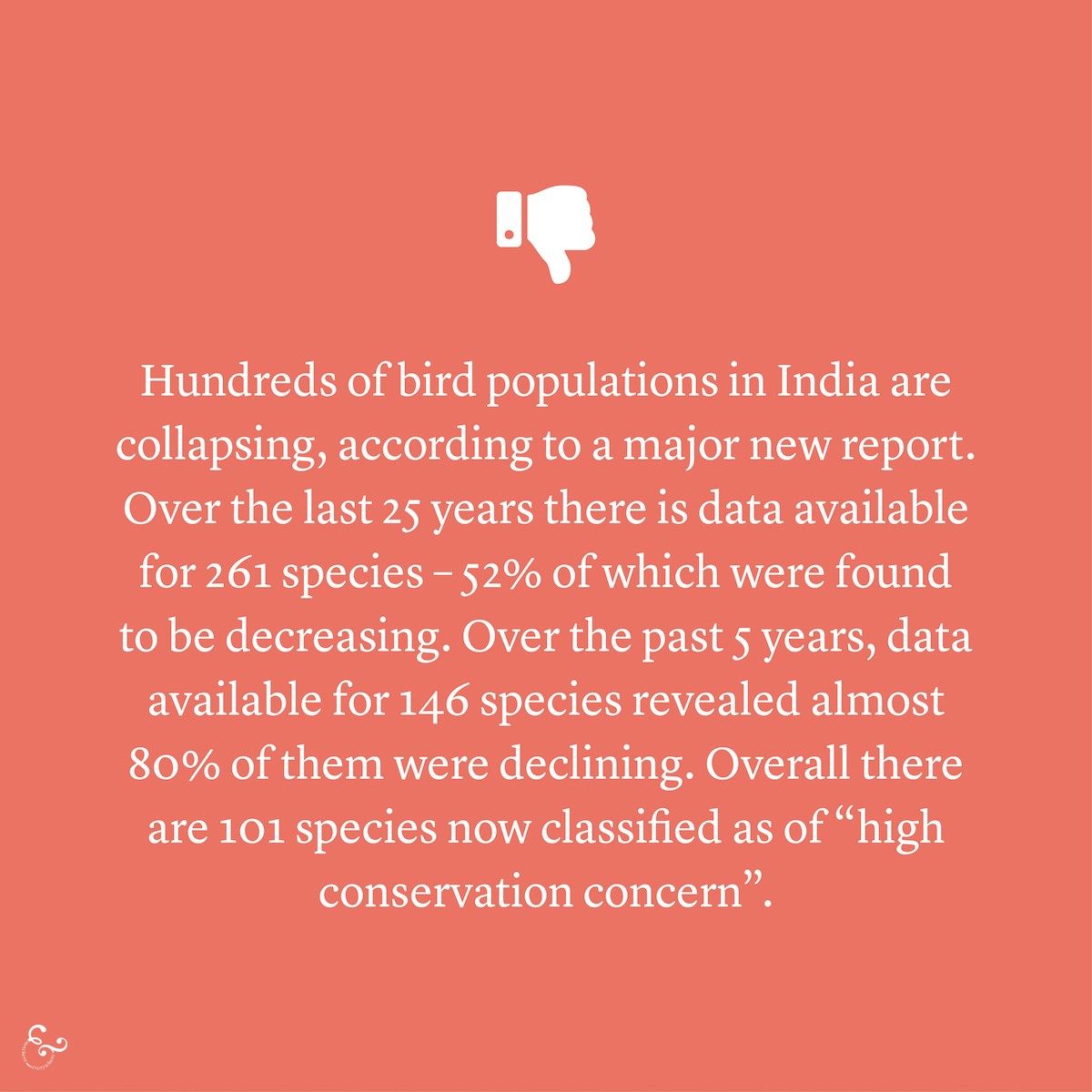 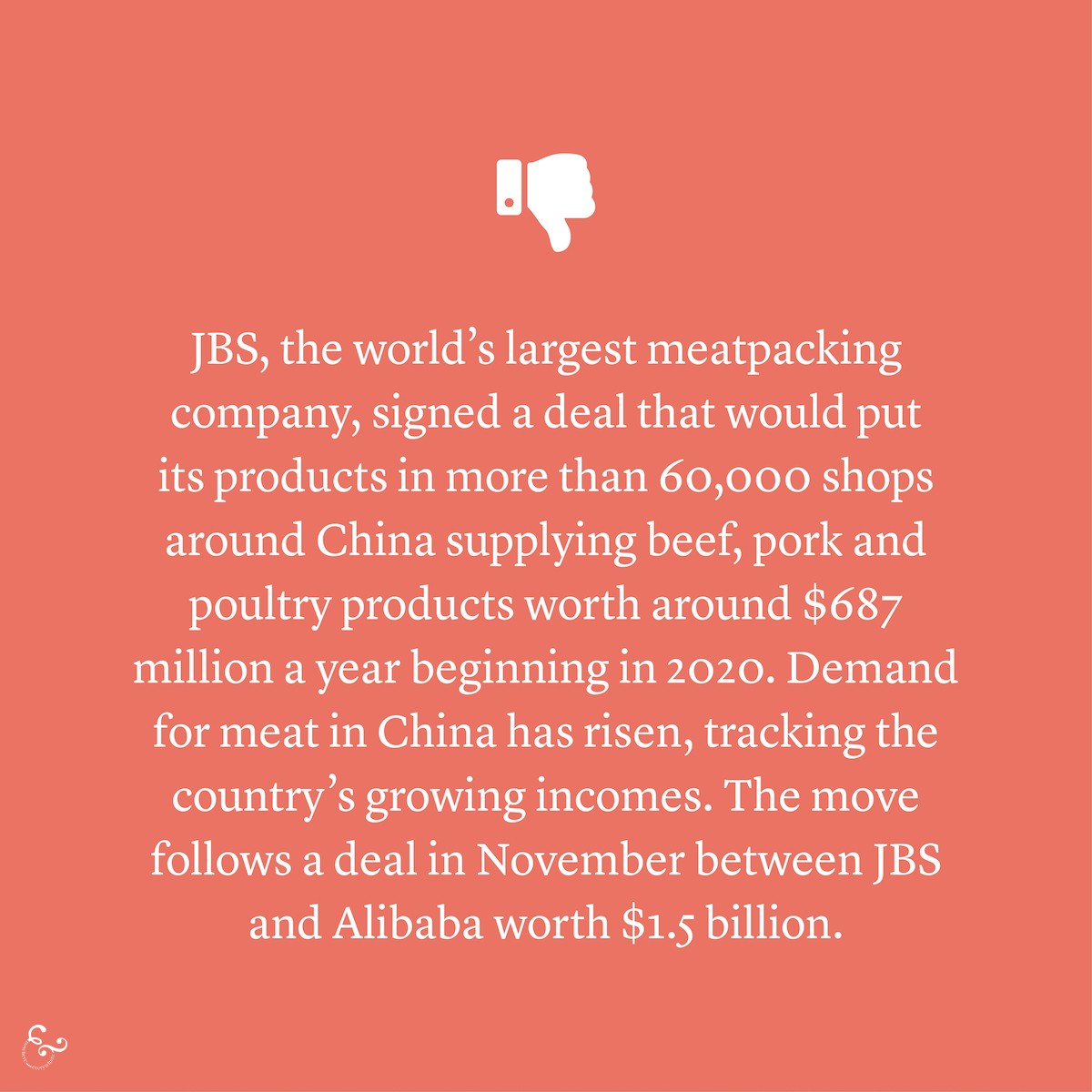 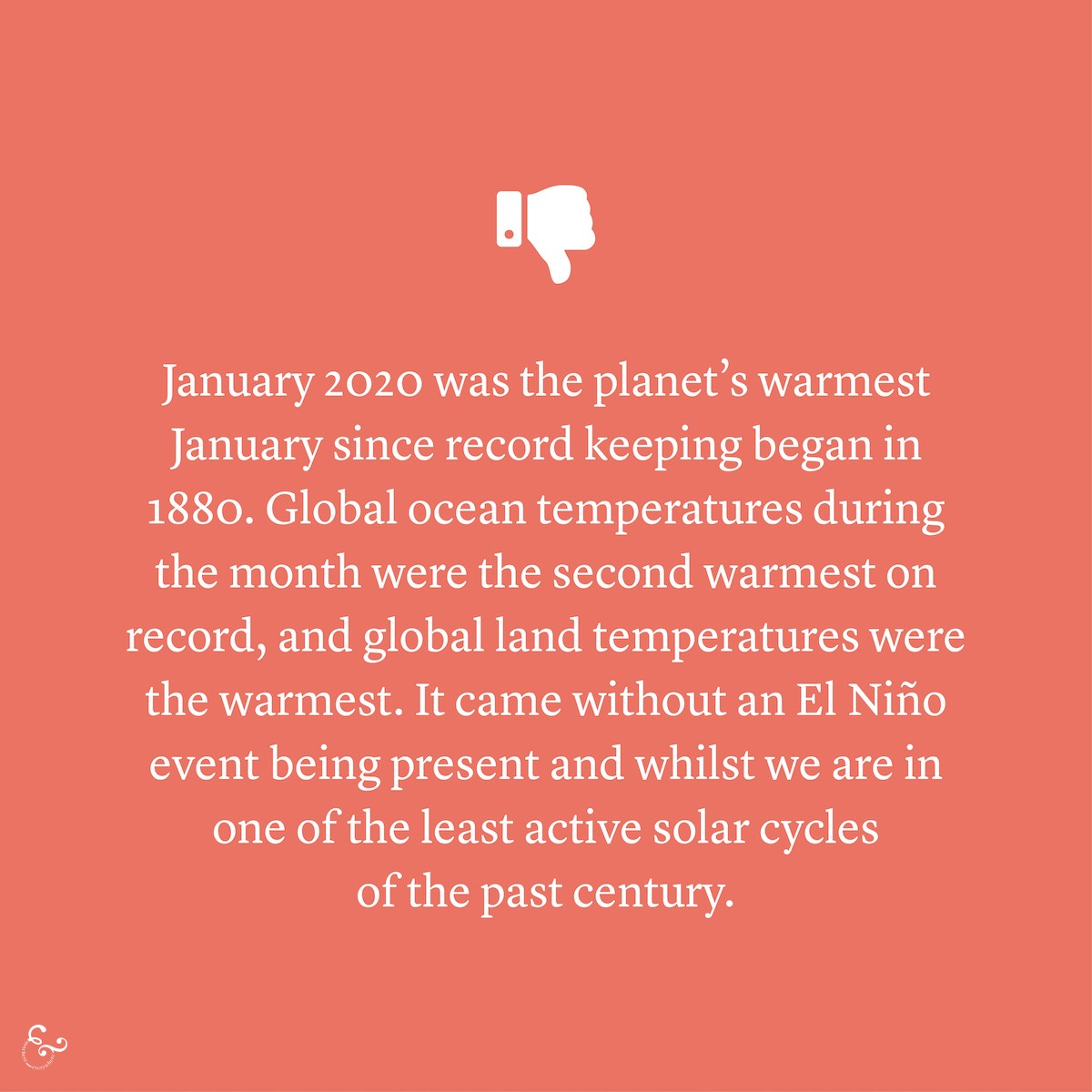 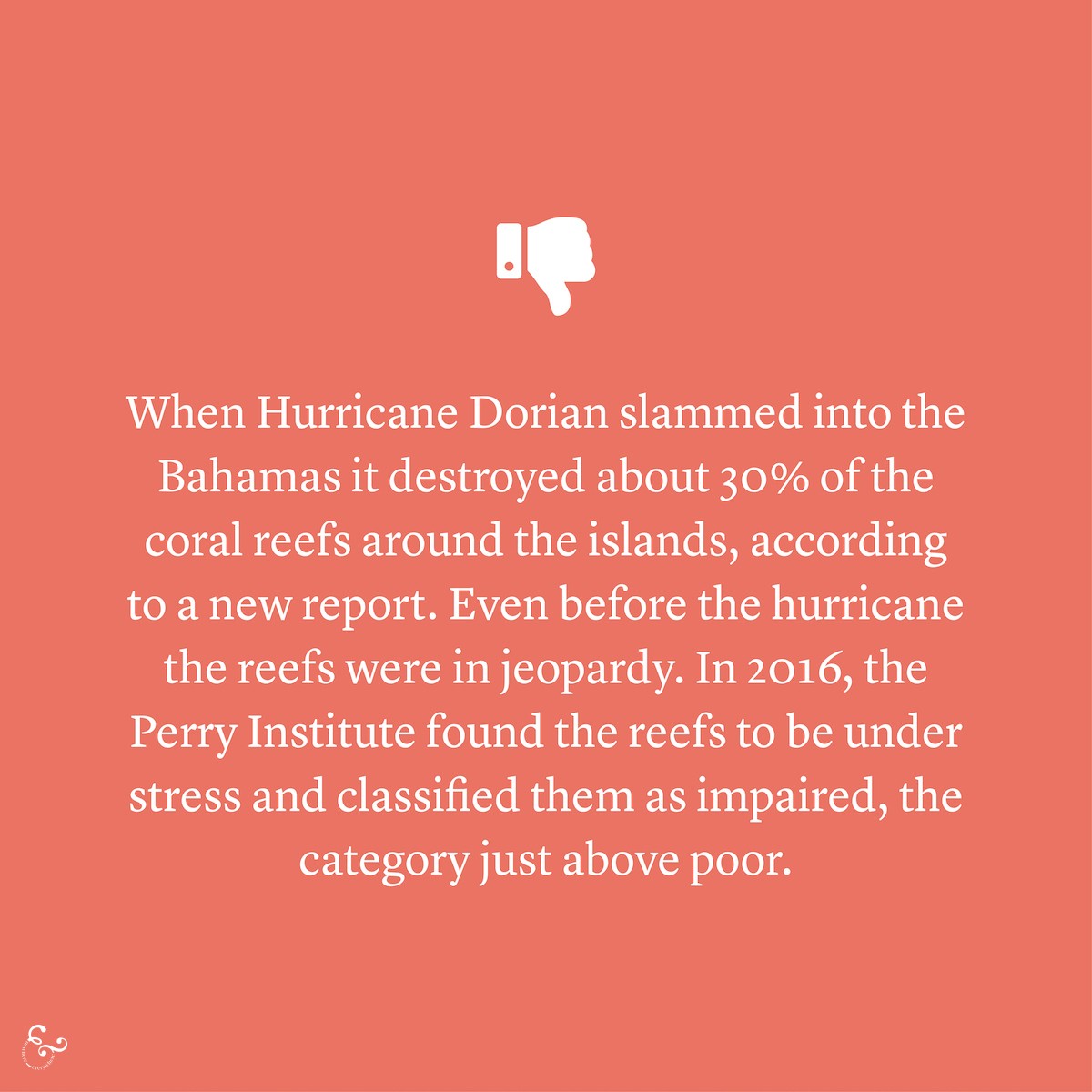 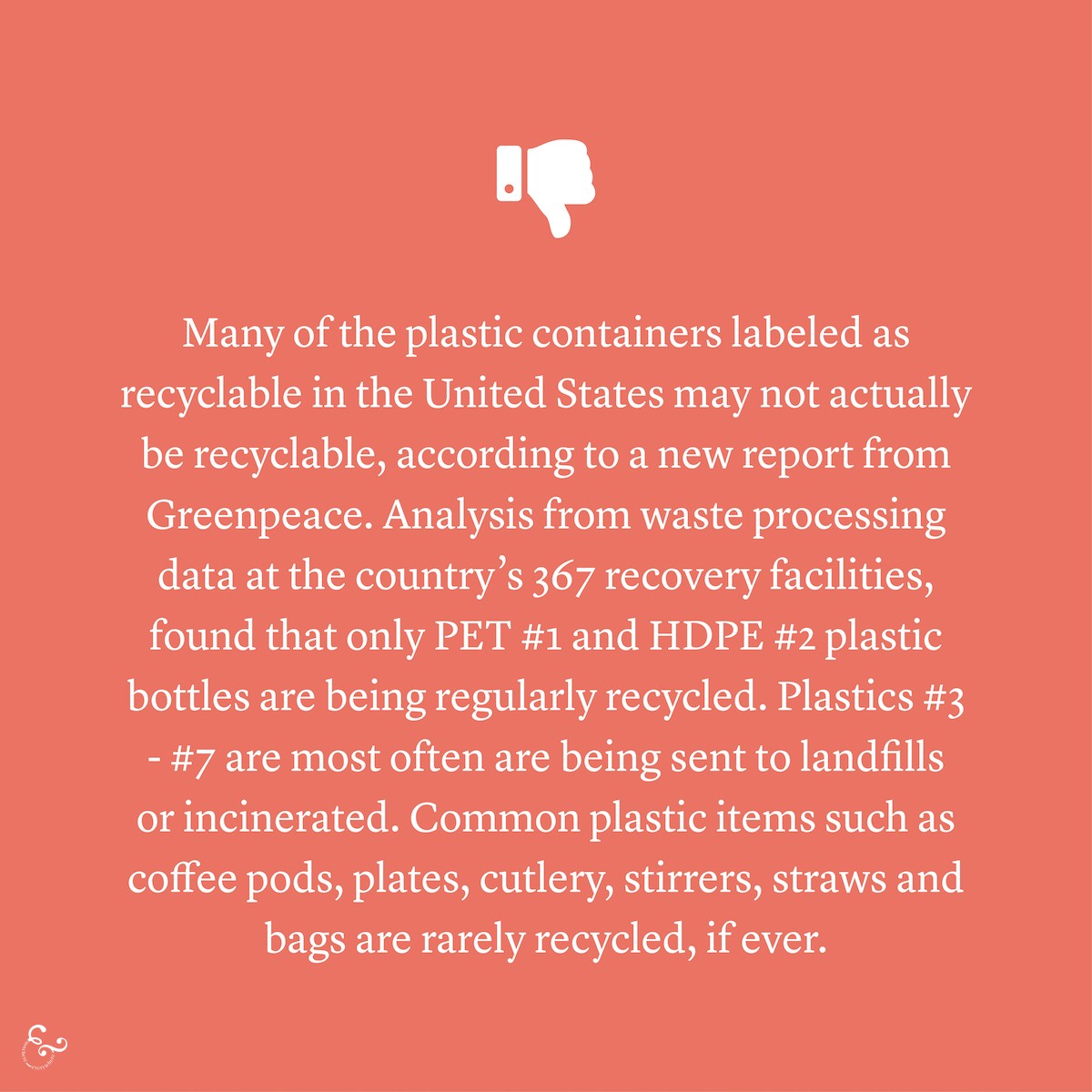 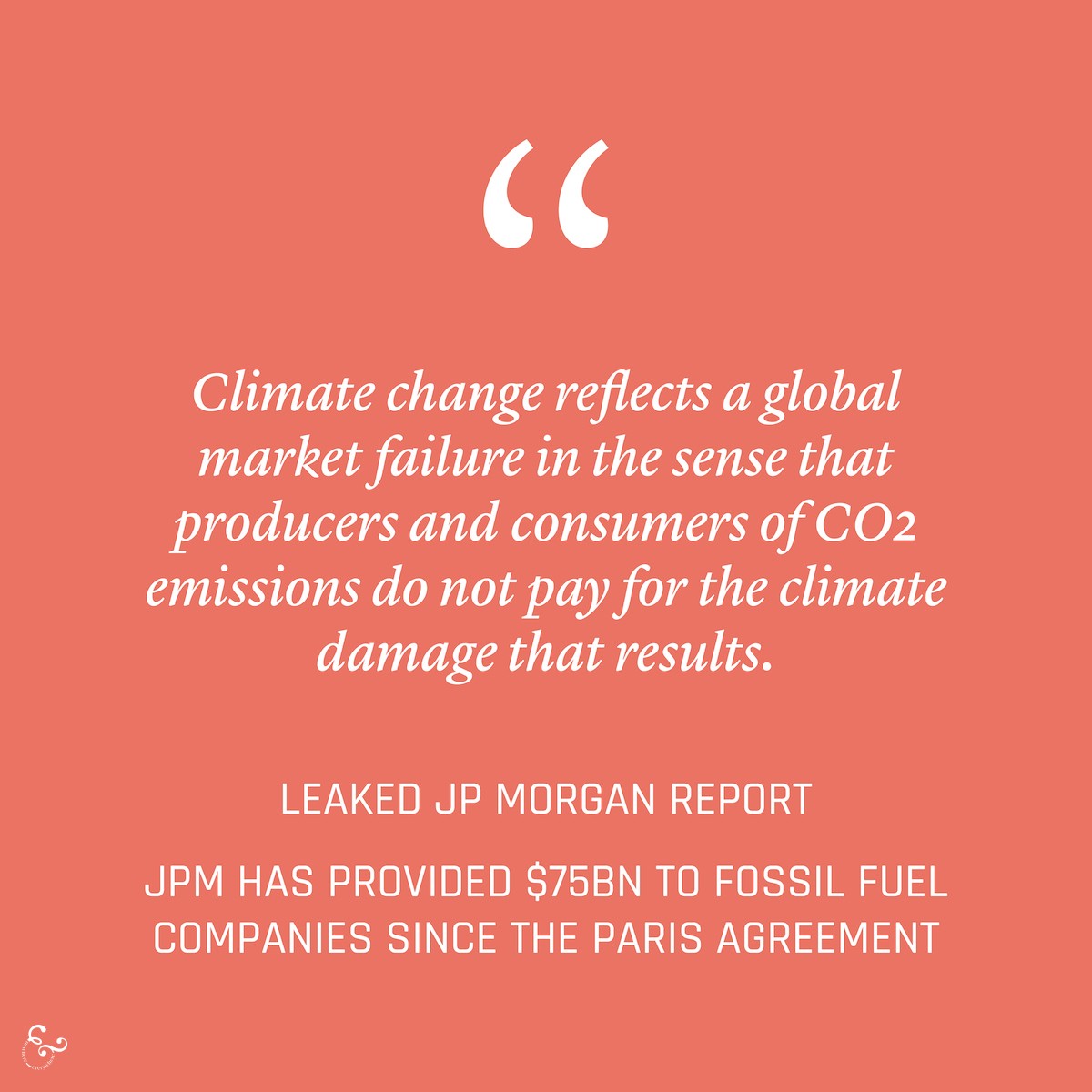 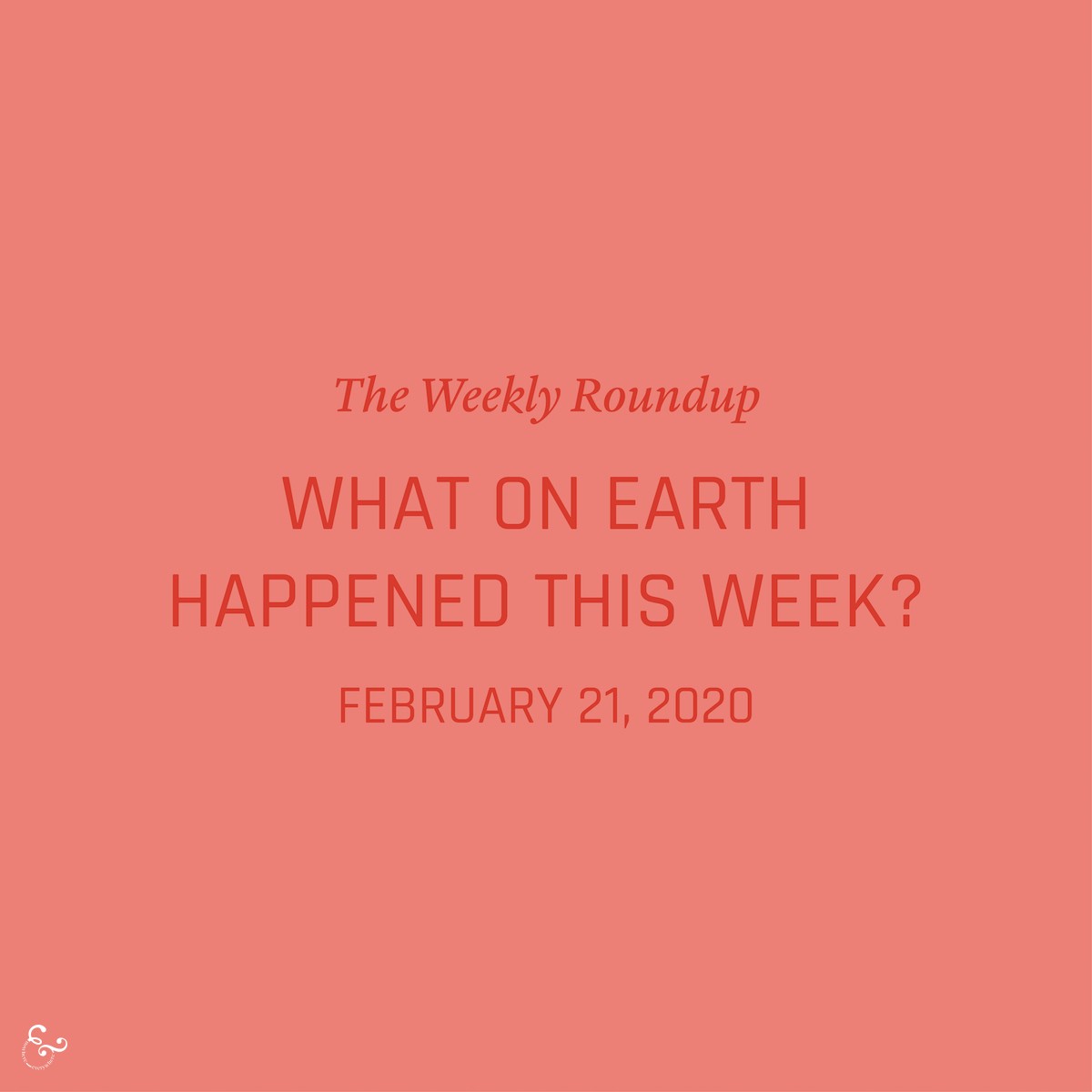