BP, the oil major says it will eliminate or offset all its emissions—roughly equal to those of Australia—by 2050. The company would continue to produce fossil fuels well into the future, but at lower levels than the past. The company will not only seek to eliminate emissions associated with its operations, but those of its customers who consume oil and gas produced by BP. Err, that’s probably not going to do the trick. You can’t keep producing oil and gas and believing you’re being neutral. It’s not the same. And BP certainly has no history of climate action – quite the opposite. (Scientific American)

One of the two super market majors in Australia, Coles is again releasing a new series of collectible plastic toys for kids whilst claiming it wants to be the most sustainable supermarket in the country. Australia seems to be going through some kind of mini plastic toy mania. Coles earned around A$200 million in extra revenue as a result of the original mini toys (Little Shop). There was some backlash on the waste which has apparently been addressed by using some recycled content, and having collection bins for the toys to be repurposed into shoe soles. There are so many problems here. The fact those bins even exist means they’re understood to be throw-aways. And they shouldn’t exist in the first place. Supermarkets already have a massive issue with waste from packaging to food. Plastic is made from fossil fuels, it requires shipping and then is thrown away. Recycling them is also energy intensive. Australians also don’t recycle well compared to many other industrialized nations and are known for co-mingled recycling issues. Most of them will end up in landfill. The toys serve no need whatsoever and are for marketing and boosting revenue purposes only. (The Conversation)

Amazon CEO Jeff Bezos announced he will commit $10 billion of his personal wealth to combat climate change to “save the Earth”. $10 billion represents about 7% of his current fortune. His company contributes to mass issues between tech services, products and food. Here’s what he could have done instead:
🙎 Implement ethical labor only. Don’t try to fire people for speaking out.
🏭 Reject fossil fuel clients and stop making solutions for them.
🍃 Don’t sponsor any climate denying groups.
☀️ Work MUCH faster to switch to renewables.
♻️ Stop the plastic packaging onslaught.
🛍️ Change the Amazon business model so that it doesn’t fuel hyper-consumerism.
🚚 Overhaul logistics so it’s sustainable.
💰 Lobby to close loopholes, end subsidies and pay proper taxes as a global, multi-billion dollar company.
🌳 Lobby for a tax on pollution.
🚀 Don’t spend billions on space travel. And mansions.
If you don’t do that, the rest is just marketing. (Mongabay / Vox)

Prada has signed a deal worth €50m with financial services company Crédit Agricole Group in an effort to champion sustainability. The five-year sustainability loan allows for the Italian fashion house to alter its interest rates on an annual basis if it achieves certain eco-friendly objectives. These three objectives, as chosen by Crédit Agricole, are if Prada employees train or work for a certain amount of time, if the fashion house uses an adequate quantity of sustainable nylon substitute Re-Nylon, and if a certain number of Prada stores receive LEED (Leadership in Energy and Environmental Design) gold or platinum certifications. We don’t know whether to be more annoyed at the bank or the company. If these are the low goals we’re going to set, we should be able to loan billions interest free. (Independent) 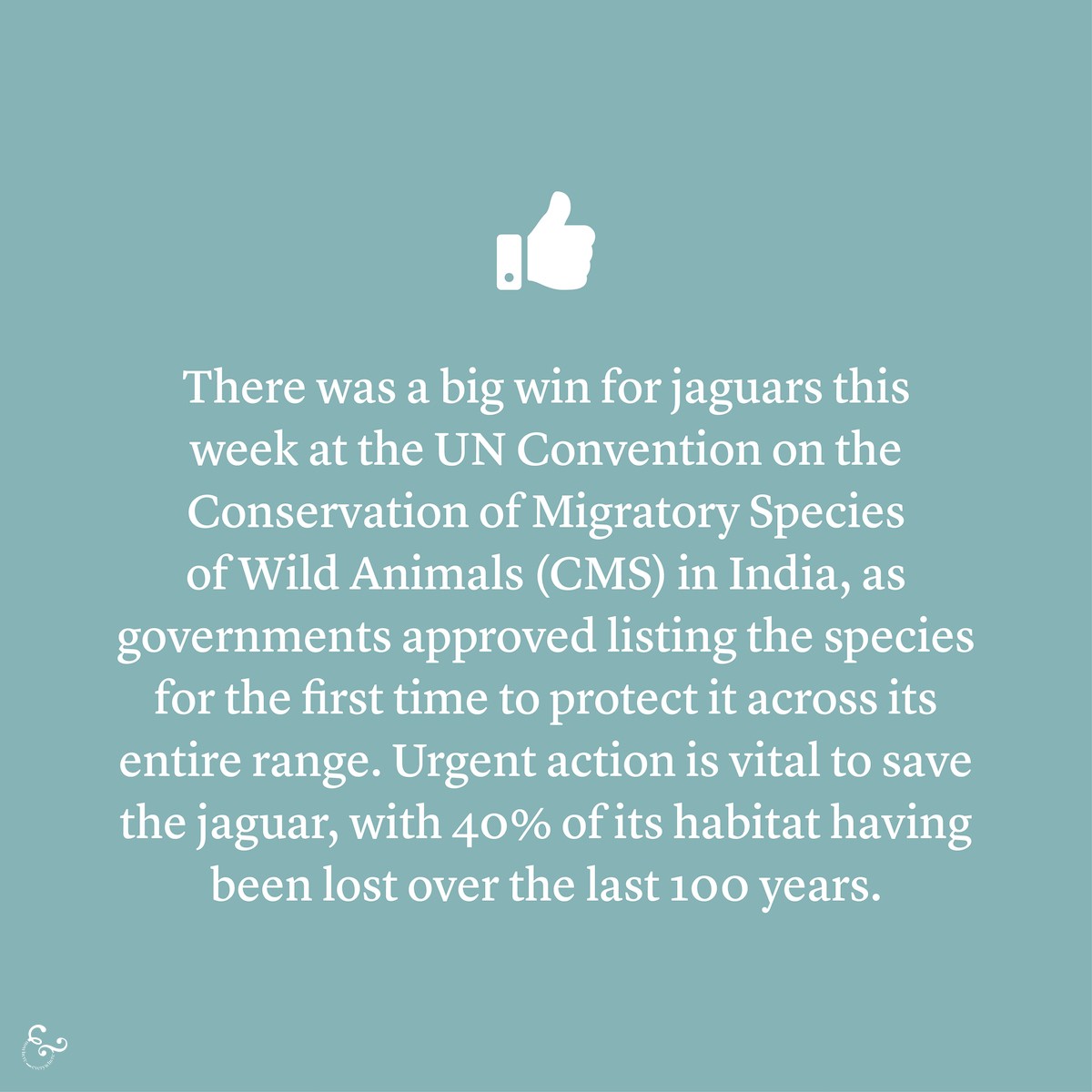 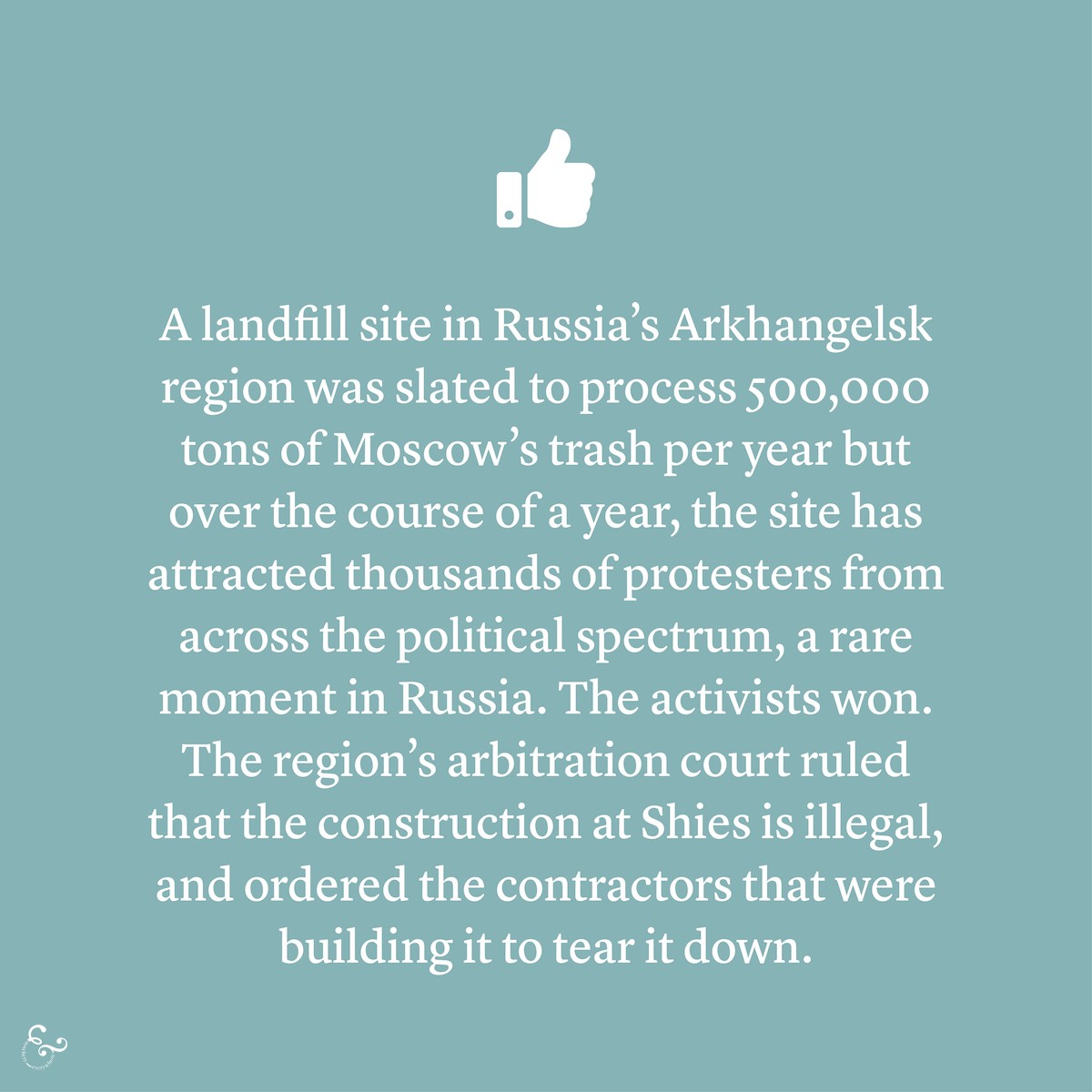 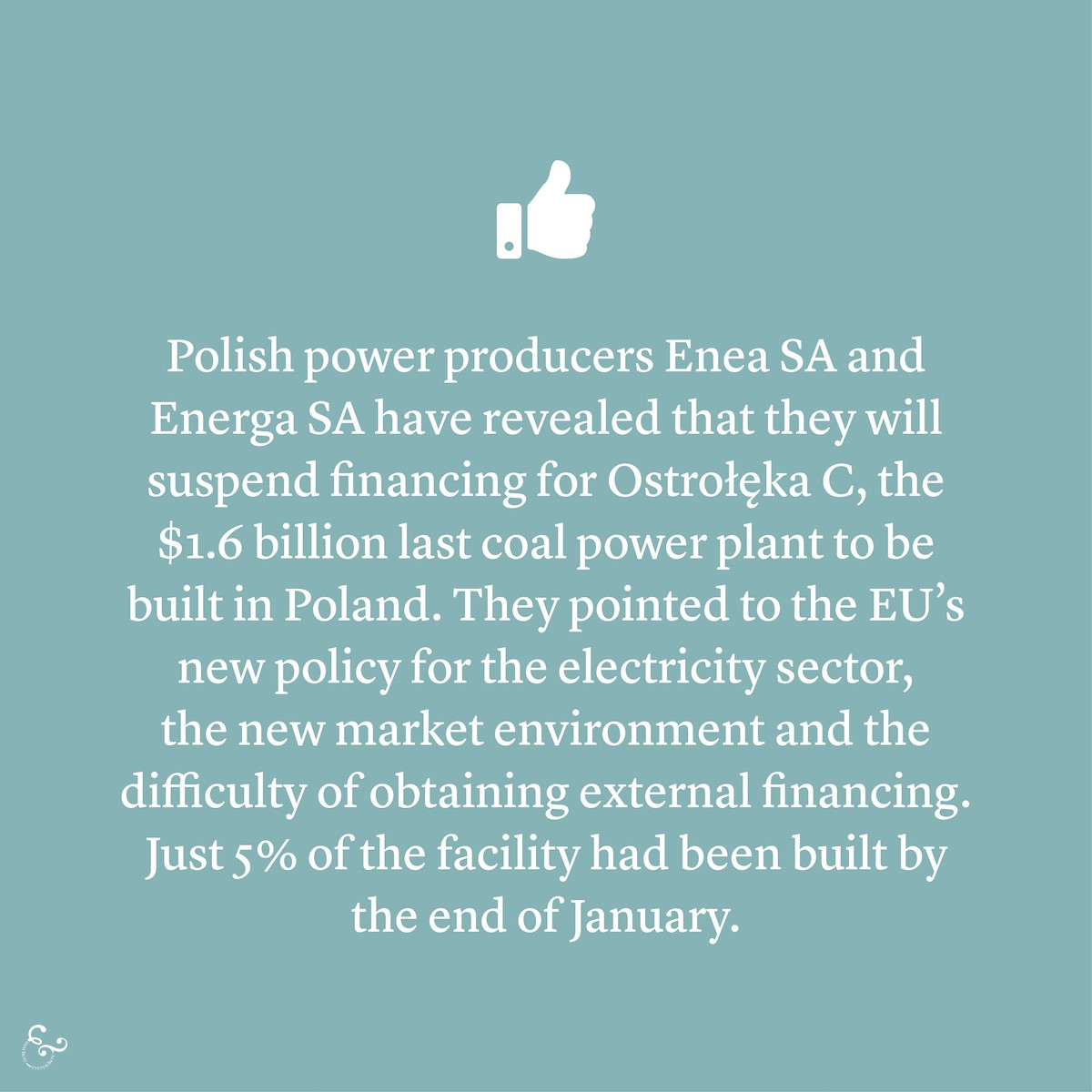 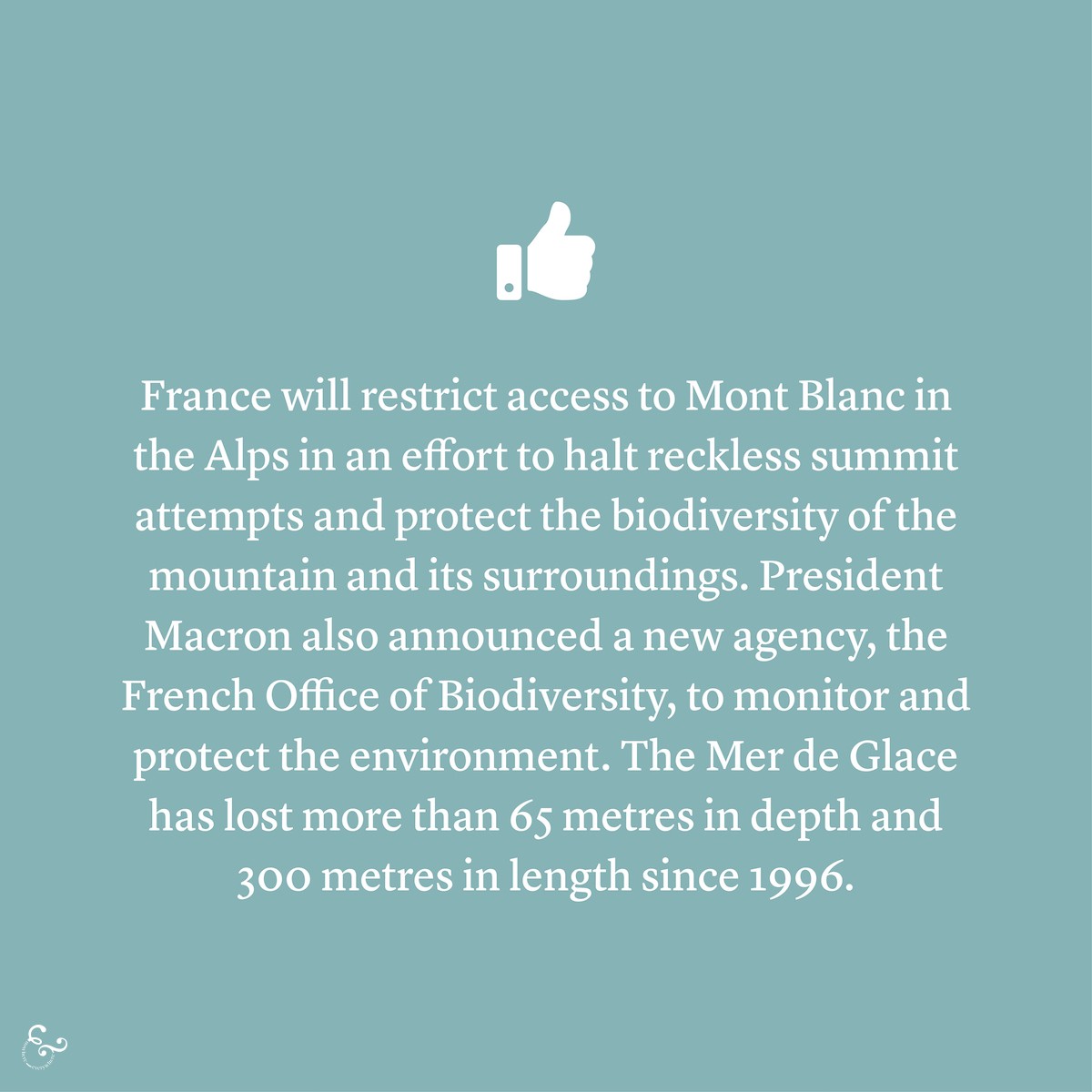 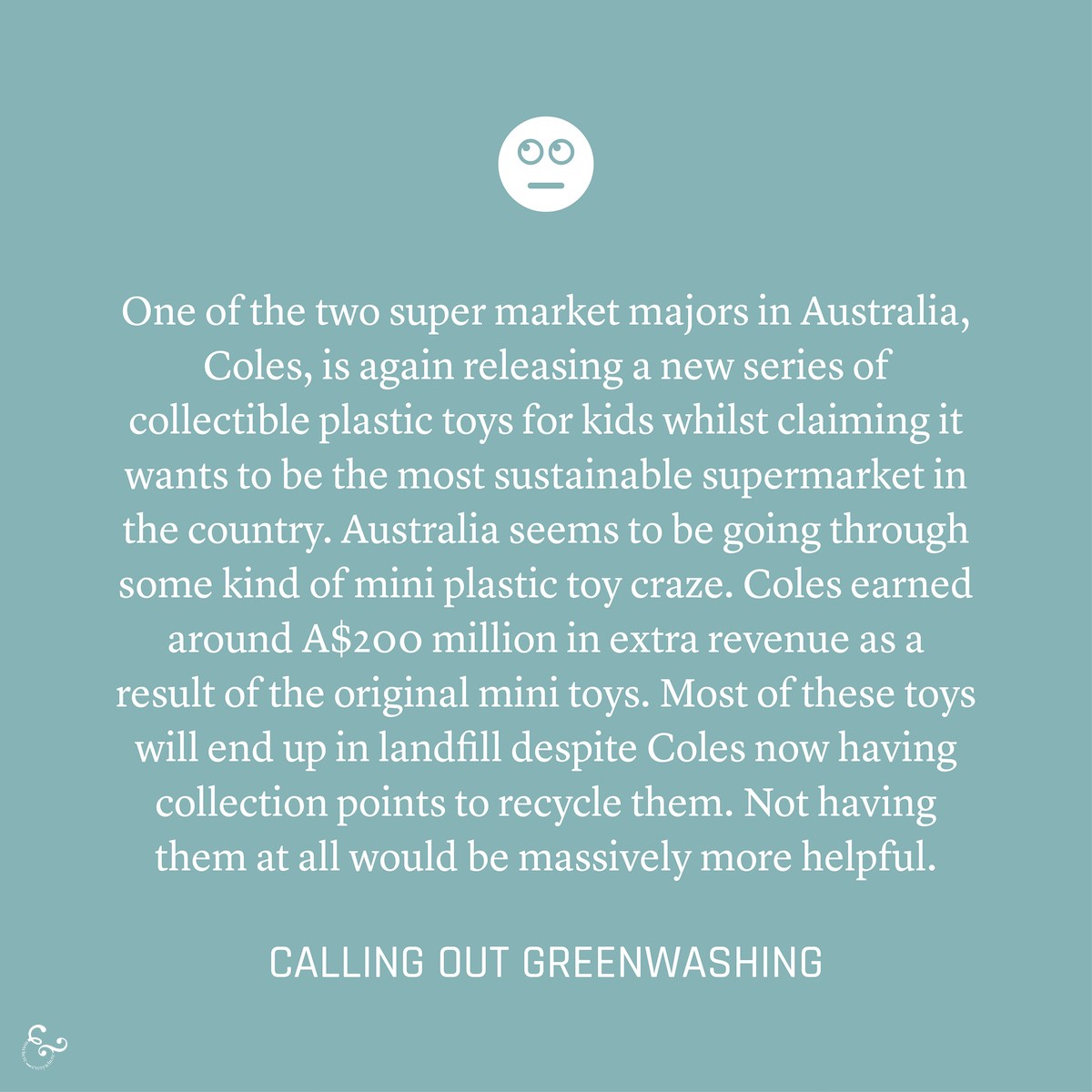 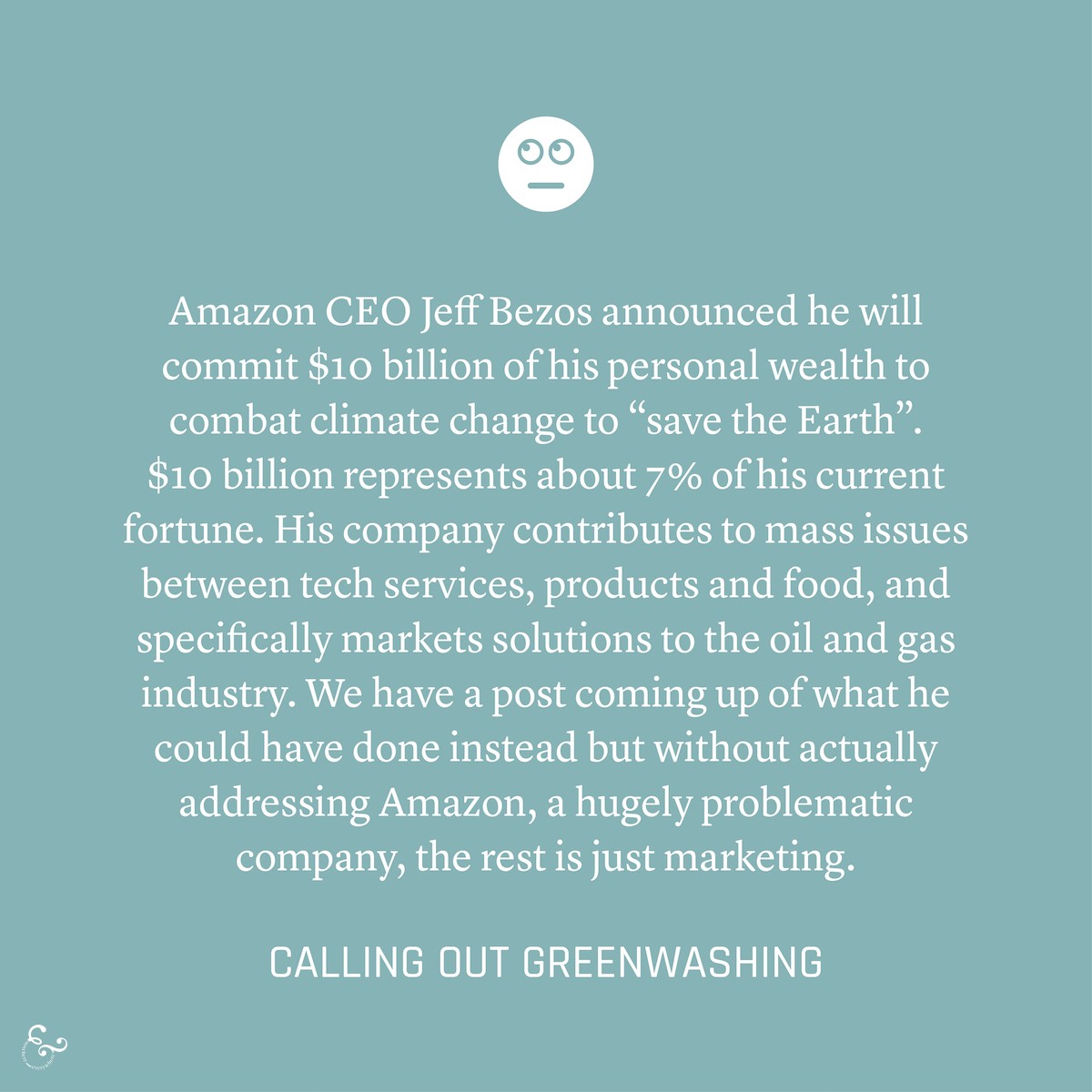 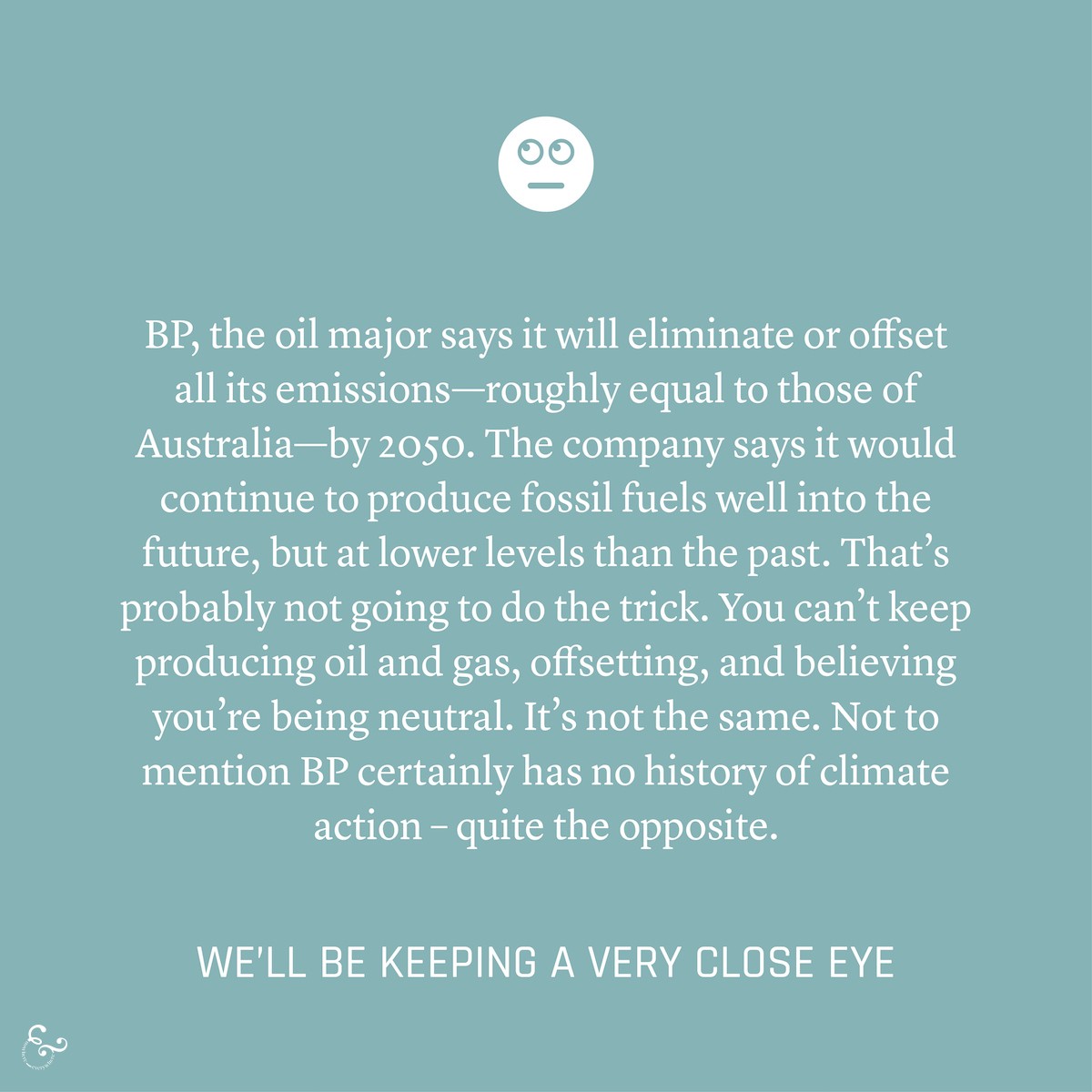 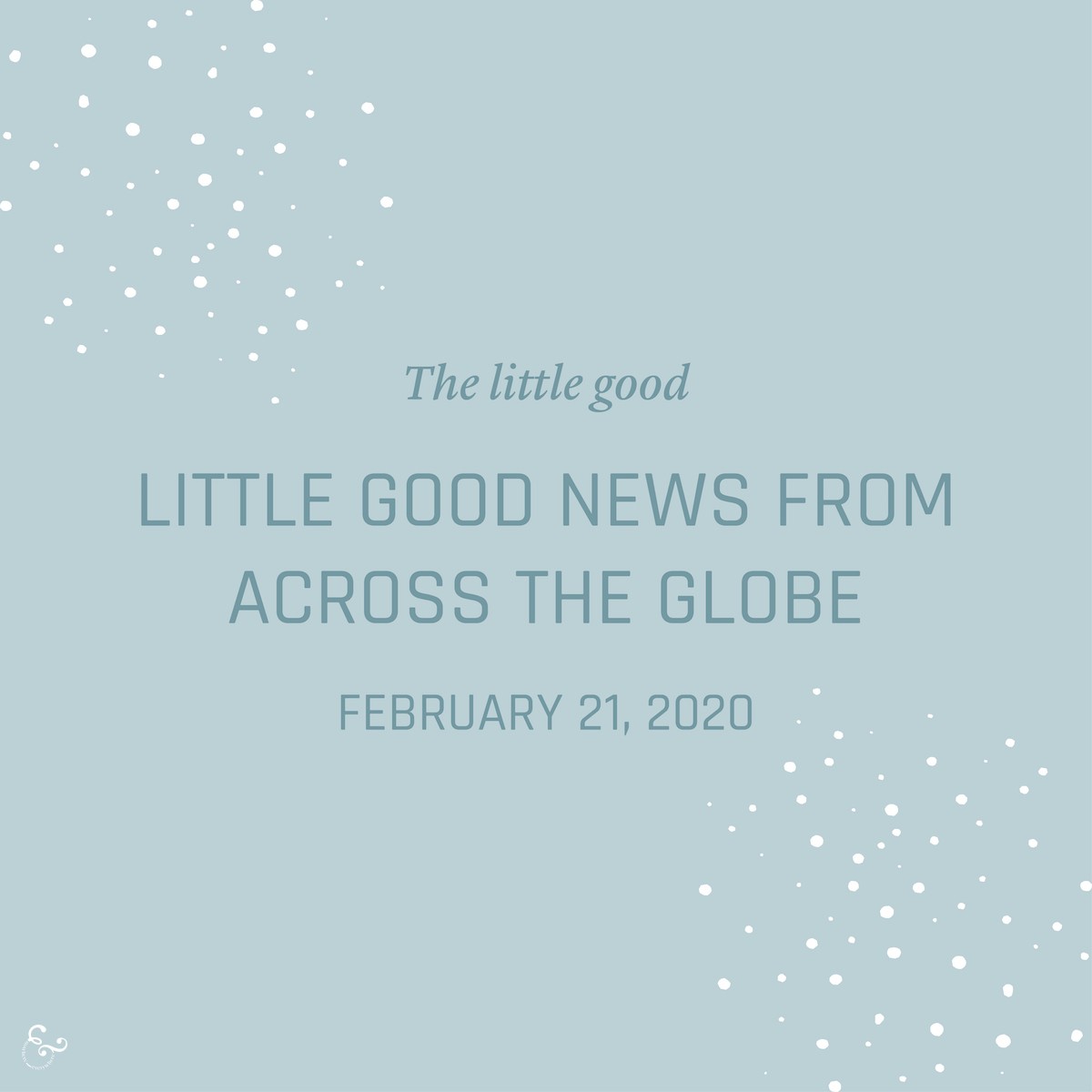