1/ An infectious fungal disease has driven mass amphibian die-offs worldwide and is responsible for the greatest loss of biodiversity attributable to a single pathogen ever recorded, a global study has found. The disease is contributing to the Earth’s sixth mass extinction, the report states, with the findings placing it among the world’s most destructive invasive species. Amphibians are sold in restaurants or as pets, creating a “functional Pangaea” for infectious diseases, effectively breaking down geographical barriers that once stopped the dispersal of organisms. Because they feed on insects, amphibians also control vectors of diseases such as zika, chikungunya, yellow fever and others transmitted by mosquitoes. (Science Journal)

2/ For the second time in two weeks, a whale has washed up dead with plastic packed inside its stomach, wildlife officials said.In the latest grisly discovery, off the coast of Sardinia, Italy, late last week, there were roughly 49 pounds of plastic inside the female sperm whale, along with a dead fetus. The trash included garbage bags, fishing nets and lines, tubes, and a bag of washing machine liquid. On March 16, people in the Philippines made a similar discovery, finding a dead whale that had 88 pounds of plastic inside its stomach. The whale had died from starvation and dehydration from all the junk it had swallowed. (Huffington Post)

3/ Insects have “no place to hide” from climate change, scientists have said after analysing 50 years’ worth of UK data. The study found that woodlands, whose shade was expected to protect species from warming temperatures, are just as affected by climate change as open grasslands. Researchers are increasingly concerned about dramatic drops in populations of insects, which underpin much of nature. Butterflies have declined by at least 84% in the Netherlands over the last 130 years, according to a study, confirming the crisis affecting insect populations in western Europe. European insect populations shrink as farming leaves ‘hardly any room for nature’. (The Guardian / The Guardian 2)

4/ Researchers have documented what they are describing as the most severe coral bleaching to hit the world’s southern-most reef at Lord Howe Island. Lord Howe Island was named a Unesco world heritage site in 1982. It is habitat for species that are found nowhere else on earth. “Our concern now is we’re going to start seeing coral mortality.” (The Guardian)

5/ Canada is warming on average at a rate twice as fast as the rest of the world, a new scientific report indicates. Canada’s Arctic has seen the deepest impact and will continue to warm at more than double the global rate. The report suggests that many of the effects already seen are probably irreversible. (BBC)

6/ Environmental news is rarely good. But even by those low standards, 2018 was especially bad. That is the main conclusion from Australia’s Environment in 2018 report. Temperatures went up again, rainfall declined further, and the destruction of vegetation and ecosystems by drought, fire and land clearing continued. Soil moisture, rivers and wetlands all declined, and vegetation growth was poor. In short, the environment took a beating in 2018, and that was even before the oppressive heatwaves, bushfires and Darling River fish kills of January 2019. Another 54 species were added to the official list of threatened species, which now stands at 1,775. That is 47% more than 18 years ago and puts Australia among the world’s worst performers in biodiversity protection. Another report this week, Abandoned – Australia’s forest wildlife in crisis identified 48 federally-listed threatened species of forest-dwelling vertebrate fauna living in areas subject to state-run logging operations. Four of those species – the leadbeater’s possum, swift parrot, western ringtail possum and regent honeyeater – are among the 20 bird and 20 mammal species most likely to become extinct within 20 years. Since the time the Regional Forest Agreements were signed, 11 forest vertebrate species had been raised to “endangered” or “critically endangered” categories, bringing the total to 24, and none had been lowered. Another 15 species were listed as threatened for the first time. Australia has the highest rate of mammal extinction in the world, and a Senate inquiry is examining why the laws are failing to arrest the trend. Fewer than 40% of Australia’s threatened species have recovery plans in place (The Conversation / The Guardian)

7/ The deadly back-to-back bleaching events that hammered the Great Barrier Reef in 2016 & 2017 led to a collapse in new corals. A new study in the journal Nature found that the number of juvenile corals that settled across the entire Great Barrier Reef in 2018 was 89% lower than historical averages before major bleaching events. The U.N. Intergovernmental Panel on Climate Change warned in a dire report late last year that the world’s tropical reefs could decline by 70 to 90 percent with an average global rise of 1.5 degrees Celsius from preindustrial temperatures ― the upper limit that is the goal of the Paris Climate Accord. At 2 degrees Celsius warming, 99 percent of reefs could be lost. (Huffington Post)

8/ Singaporean authorities made a record seizure of nearly 13 tonnes of pangolin scales worth some $38.7 million. Local media reported that some 17,000 pangolins were killed to fill the bags, which were packed in a shipment declared as containing “frozen beef”.  Another 177 kgs (390 pounds) of cut and carved elephant ivory worth about $88,500 were also found alongside the scales. The animals, are highly sought after by traditional medicine traders in countries such as China and Vietnam. (The Jakarta Post) 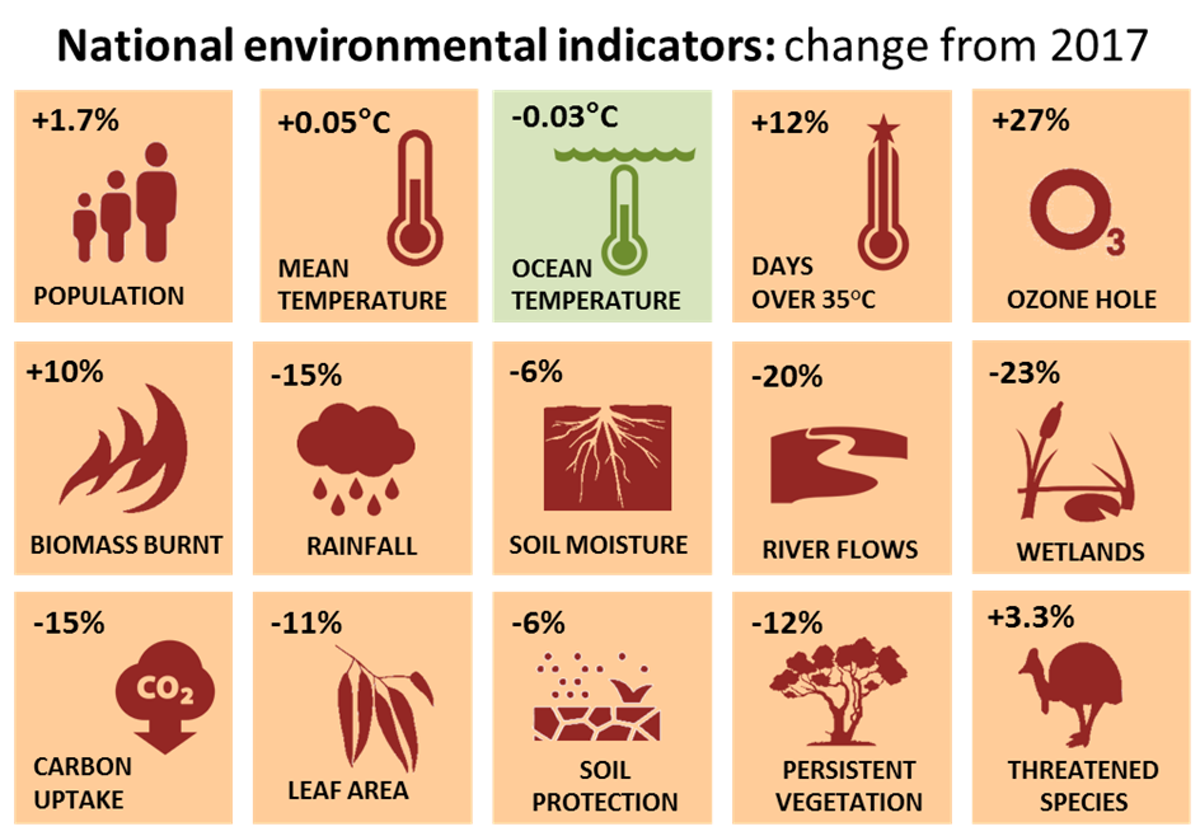 9/ Sharks can no longer be culled on the Great Barrier Reef after a landmark court ruling overturned an Australian government culling scheme. Nearly 200 defensive fishing lines are used in Queensland to kill them, and while many sharks drown after being caught on these lines, others are found alive and shot. Since 2016, more than 500 sharks have died as a result of prevention measures in the region. The court found tiger sharks had undergone a serious decline. (Independent)

10/ The Laos government has created two national parks in northern and central Laos to protect forests, biodiversity, natural beauty and the country’s geological development. The conservation of the parks and their usage as tourist sites will help the government to maintain economic growth and protect natural resources sustainably. (Eleven)

11/ In a bold step for the sustainability of its fisheries and the world’s second largest barrier reef, the government of Belize has approved a plan to set aside 10% of its territorial waters as no-take marine protected areas (MPAs), tripling the size of its existing zones. In 2016, in response to growing threats to the health of their fisheries, Belize established a nationwide secure fishing rights program, the first of its kind in the world. (EDF)