1/ Brazil has recorded more than 72,000 individual forest fires in the first eight months of the year, an 84% increase on the same period in 2018 (according to Brazil’s National Institute for Space Research). Fires are a natural part of many ecosystems, but not in the Amazon, where they are an almost entirely human-caused phenomenon. Most of these have been set by farmers clearing their land. The vital rainforest is nearing a “tipping point” in which a third of its ecosystem could be irreversibly decimated, after which it will irreversibly degrade into a dry savannah, experts have warned. One-fifth of the Amazon has already been destroyed in the past 50 years. President Emmanuel Macron (France) accused President Jair Bolsonaro of Brazil of lying about being committed to fighting climate change and said he would try to kill a major trade deal between Europe and South America that has been years in the making. Greenhouse gas emissions linked to deforestation are the second-biggest cause of climate change. Our note: this is a human rights crisis, climate crisis and an ecological crisis. (NYT / Independent / The Intercept / The Guardian / National Geographic)

2/ It’s not just the Amazon that’s on fire. Up to 800,000 hectares of the unique Chiquitano forest were burned to the ground in Bolivia between August 18 and August 23. That’s more forest than is usually destroyed across the country in two years. The Chiquitano dry forest in Bolivia was the largest healthy tropical dry forest in the world. The forest is home to Indigenous peoples as well as iconic wildlife such as jaguars, giant armadillos, and tapirs. Some species in the Chiquitano are found nowhere else on Earth. It’s thought that the fires were started deliberately to clear the land for farming, but quickly got out of control. The disaster comes just a month after the Bolivian President announced a new “supreme decree” aimed at increasing beef production for export. In other fires, more than 9,000 people were evacuated as flames spread this week across Spain’s Canary Islands. Wildfires also ignited this week in Alaska. Denmark dispatched firefighters to Greenland to control fires burning close to population centers. Major wildfires have also burned through Siberia, and environmental activists expect them to set a new record for burn area in Russia by the end of the season. Parts of Greece, France, Indonesia and Turkey are also on fire. (The Conversation / Vox / The Guardian)

3/ The world is gradually becoming less green, scientists have found. Plant growth is declining all over the planet, and new research links the phenomenon to decreasing moisture in the air—a consequence of climate change. Since the late 1990s, more than half of the world’s vegetated landscapes have experienced a growing deficit, or drying pattern. (Scientific American / Science Advances)

4/ Scientists in Germany are raising the alarm after finding a significant amount of microplastics in snow samples in the Alps and the Arctic — two of the most pristine locations on Earth. While it’s known that microplastics and other plastic debris is transported by ocean currents, scientists have become increasingly convinced that small plastic fragments are also being carried through winds and precipitation. (Science Advances / Huffington Post)

5/ Iceland has marked its first-ever loss of a glacier to climate change as scientists warn that hundreds of other ice sheets on the subarctic island risk the same fate. “In the next 200 years all our glaciers are expected to follow the same path. This monument is to acknowledge that we know what is happening and what needs to be done. Only you know if we did it,” the plaque reads. (The Guardian)

6/ Pacific Islands leaders failed to agree on tough new climate change commitments at an annual summit. Leaders have called for Australia to be ousted from the region’s main regional grouping, criticizing Canberra’s “neocolonial” attitudes and refusal to take urgent action on climate change. Australia was against adopting the tough new standards. The Australian government is a firm supporter of the coal industry. Deputy Prime Minister Michael McCormack was captured on tape saying, “they will continue to survive because many of their workers come here and pick our fruit.”  Our note: China has been making moves in the region and is increasingly seen as the lesser of two evils. (Reuters / The Guardian / ABC / Japan Times)

7/ Nebraska’s highest court lifted one of the last major hurdles for the Keystone XL pipeline on Friday when it rejected another attempt to derail the project by opponents who wanted to force the developer to reapply for state approval. The pipeline faces intense resistance from environmental groups, Native American tribes and some landowners along the route. Barack Obama’s administration studied the project for years before finally rejecting it in 2015 because of concerns about carbon pollution. Donald Trump reversed that decision in March 2017. Federal approval was required because the route crosses an international border. (The Guardian / NPR)

8/ An ambitious plan has got underway to plant a band of trees across the Sahel region of Africa, to hold back desertification and combat climate change. It covers parts of Senegal, Mauritania, Mali, Burkina Faso, Niger, Nigeria, Chad and Sudan to Eritrea. Planting has begun in Burkina Faso on what is known as the Great Green Wall. It is hoped the line of vegetation will help the region’s people plant more crops and provide a secure source of food, improved health and thousands of new jobs. It could also help to break a cycle of migration which may force up to 85 million people to leave their homes by 2050. (UN)

9/ Senator Bernie Sanders released a $16.3 trillion blueprint to fight climate change, the latest and most expensive proposal from the field of Democratic presidential candidates aimed at reining in planet-warming greenhouse gases. It declares climate change a national emergency; envisions building new solar, wind and geothermal power sources across the country; and commits $200 billion to help poorer nations cope with climate change. The plan also calls for an intermediate goal of decarbonizing transportation and power generation, the two largest sources of emissions in the United States, by 2030, which would lower US emissions by 71 percent. (NYT / The Intercept / Vox)

10/ Our note: We’re low on good news this week, very, very low. So we’re not celebrating the death of David Koch, of the famed Koch brothers who helped destroy our world whilst profiting from the destruction, but it does help just a little that there’s only one of them left now. It’s more a mourning of the justice he will never face. Just the other week Patriot Act did an episode on how the Koch brothers fight against public transport so they can profit.

Their note: Koch Industries is one of the primary sources of carbon pollution in the United States. Charles and David Koch have directed many millions of their net worth into a vast propaganda machine denying the threat of global warming pollution. While Koch certainly enjoyed the fruits of his labors to deregulate U.S. industry and reduce taxes on the super-wealthy like himself, he will never have to experience the consequences of his biggest achievement: putting the entire planet on the brink of crisis in the service of enriching himself and a few other fossil fuel billionaires. And we, the people and future generations who are going to live with the fallout, will never see him or the small cadre of wealthy conservatives who funded decades of climate denial face any form of justice. The Koch brothers’ businesses from fossil fuel extraction and refining to petrochemical and fertilizer production all rely on being able to emit carbon pollution with abandon. (NYT / Gizmodo / Think Progress / NYT 2) 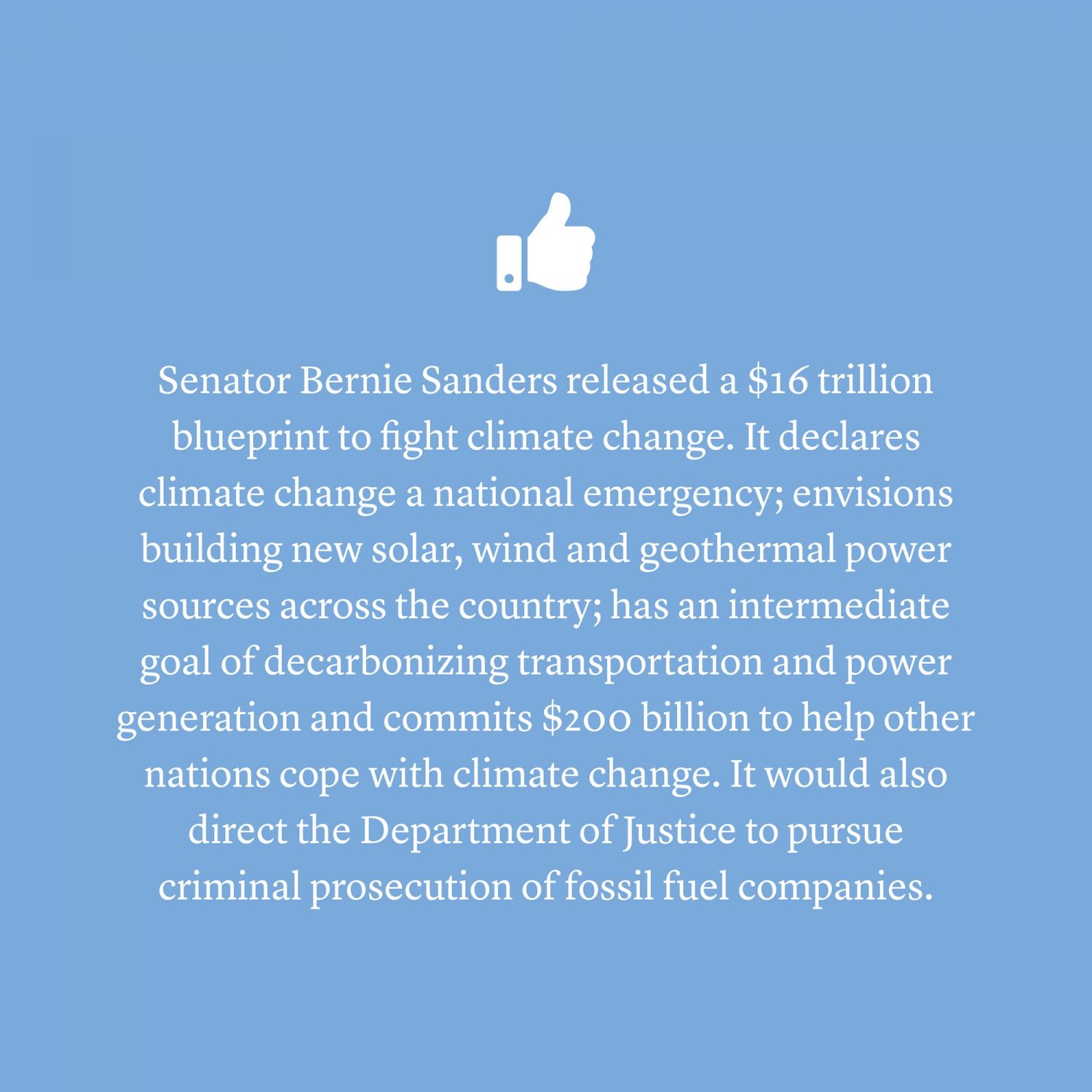 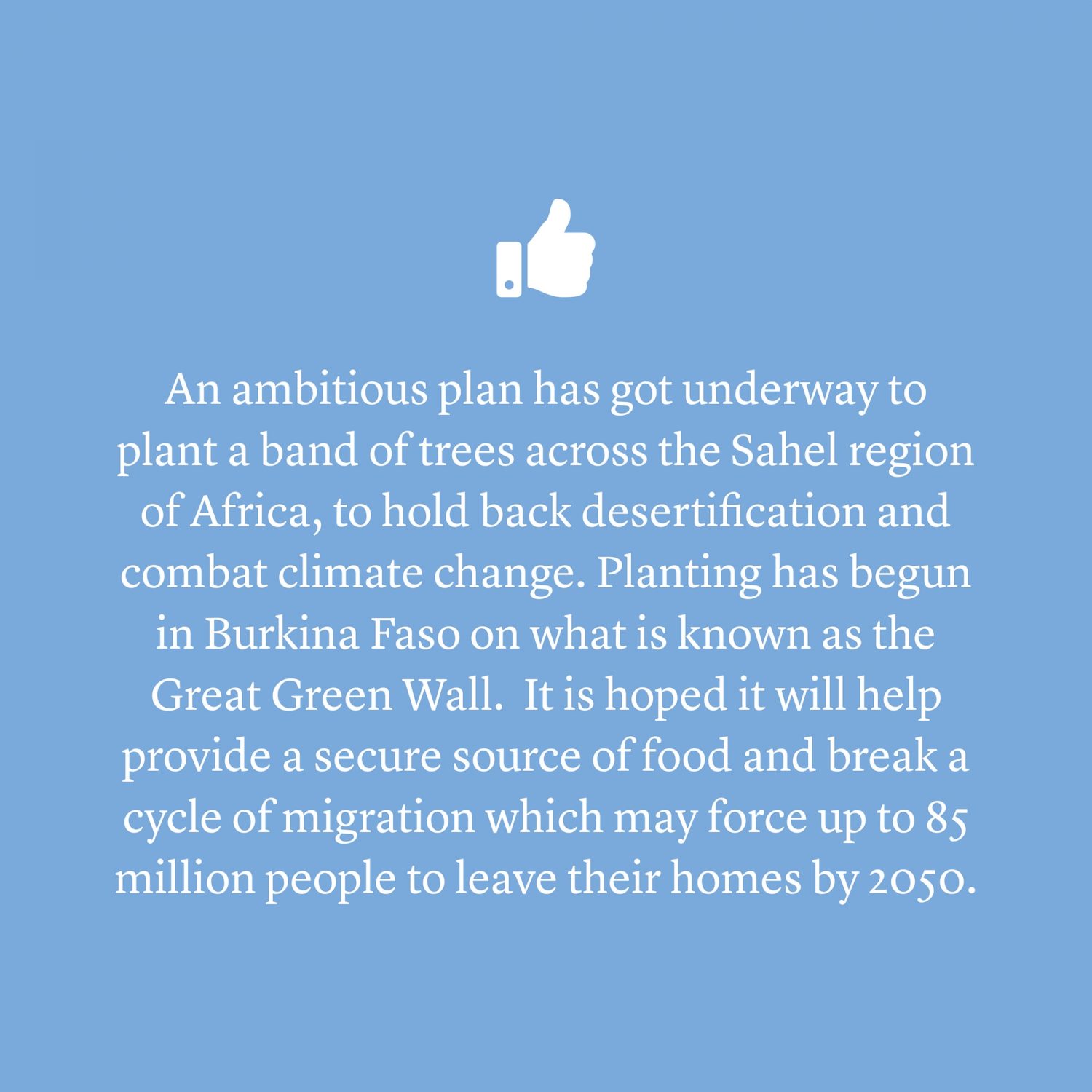 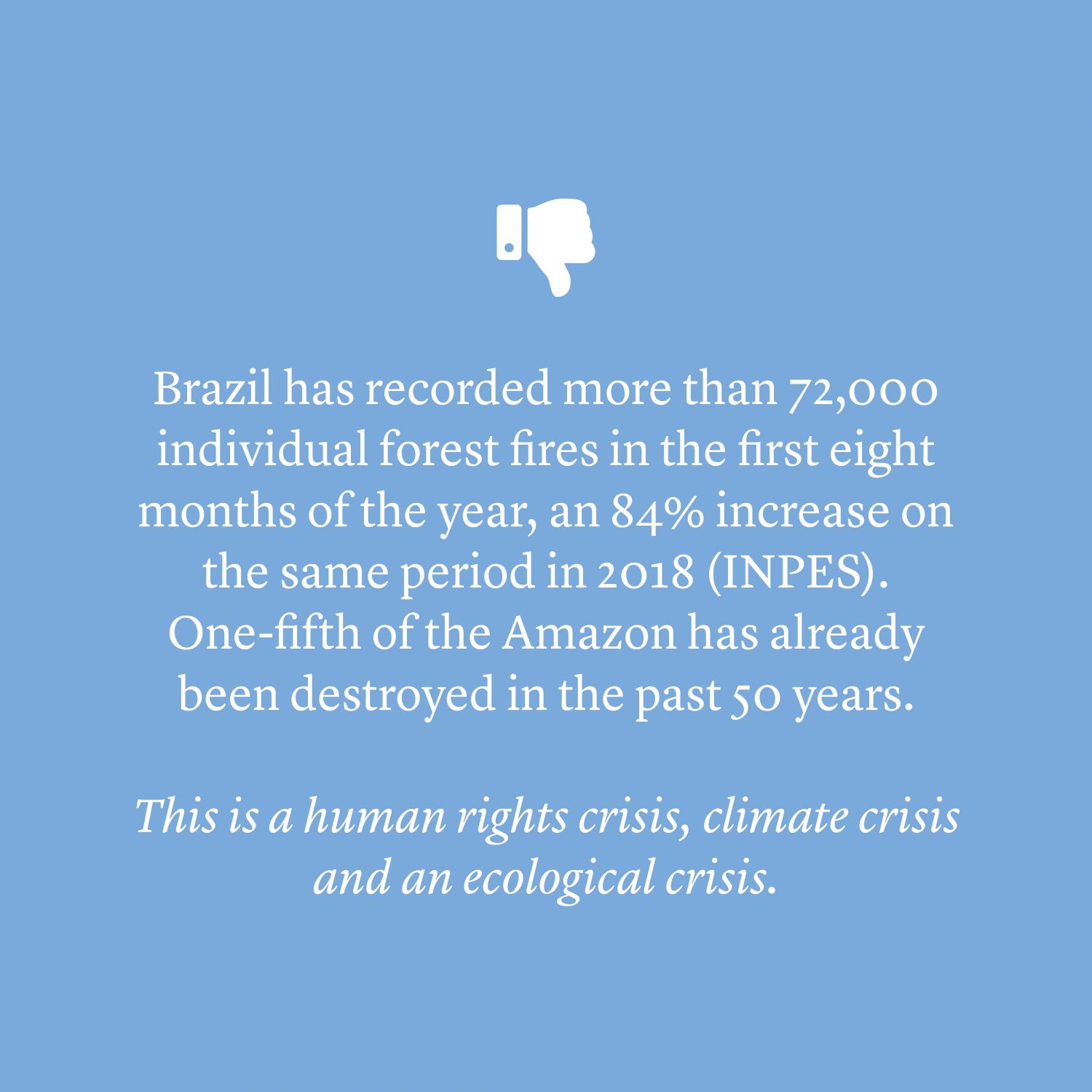 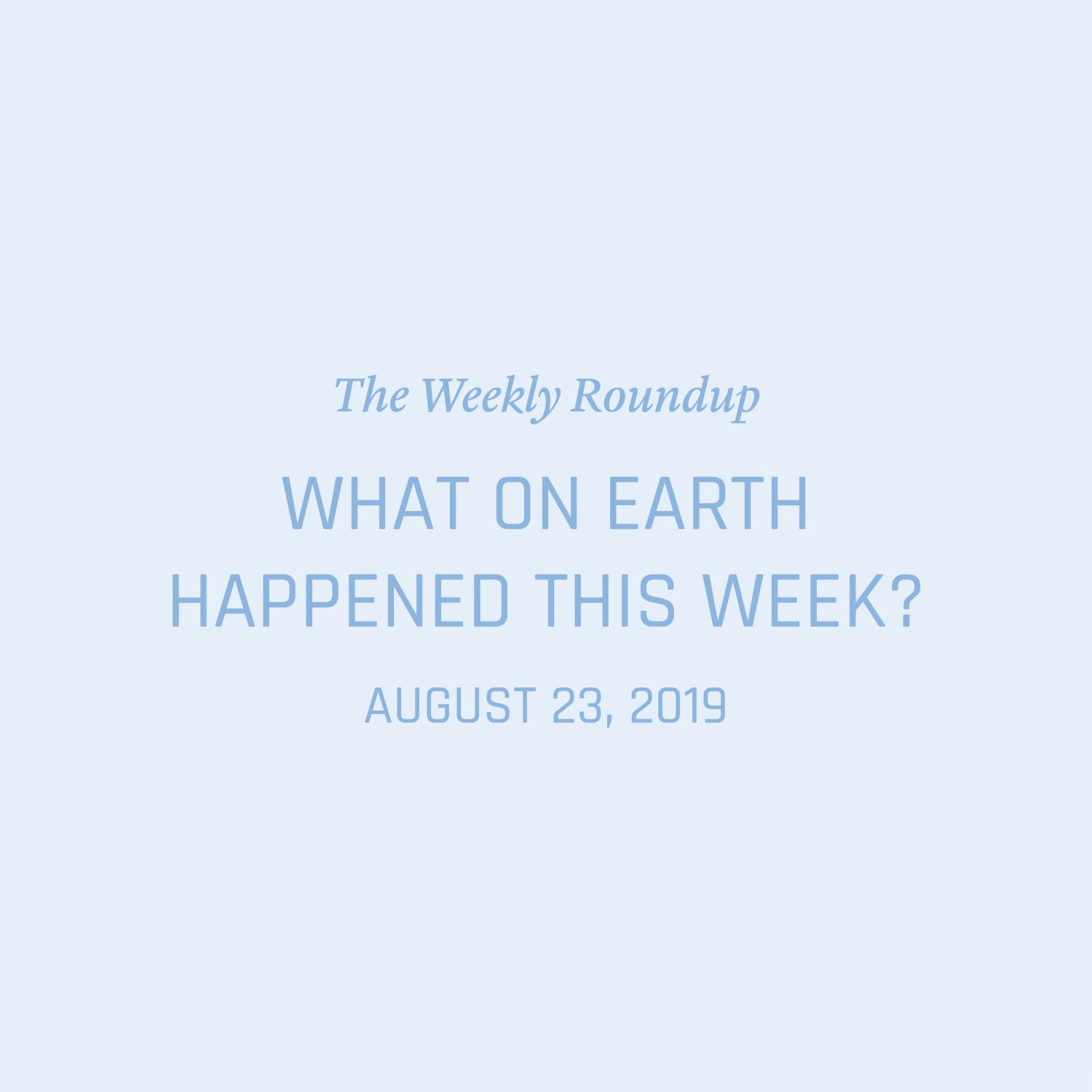 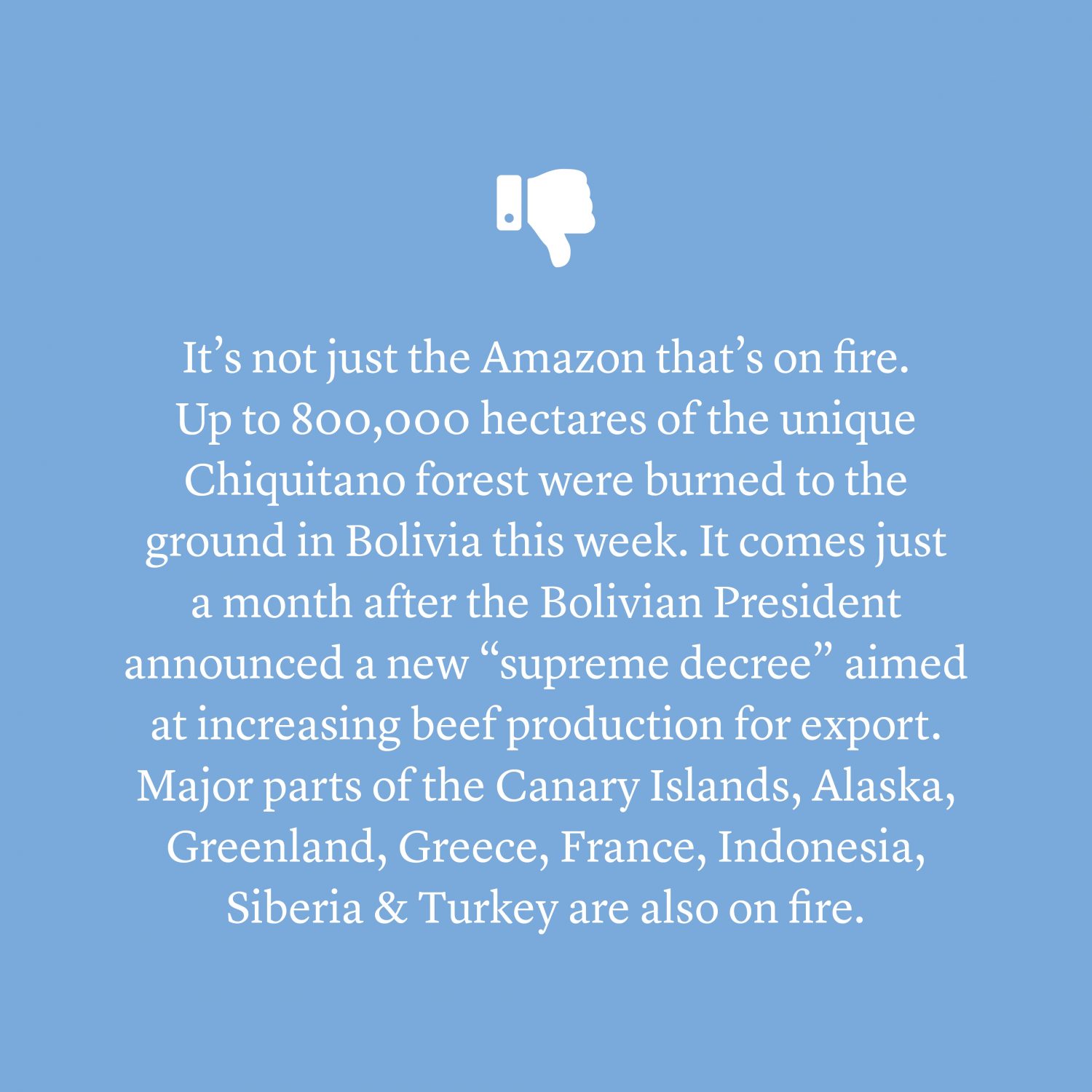 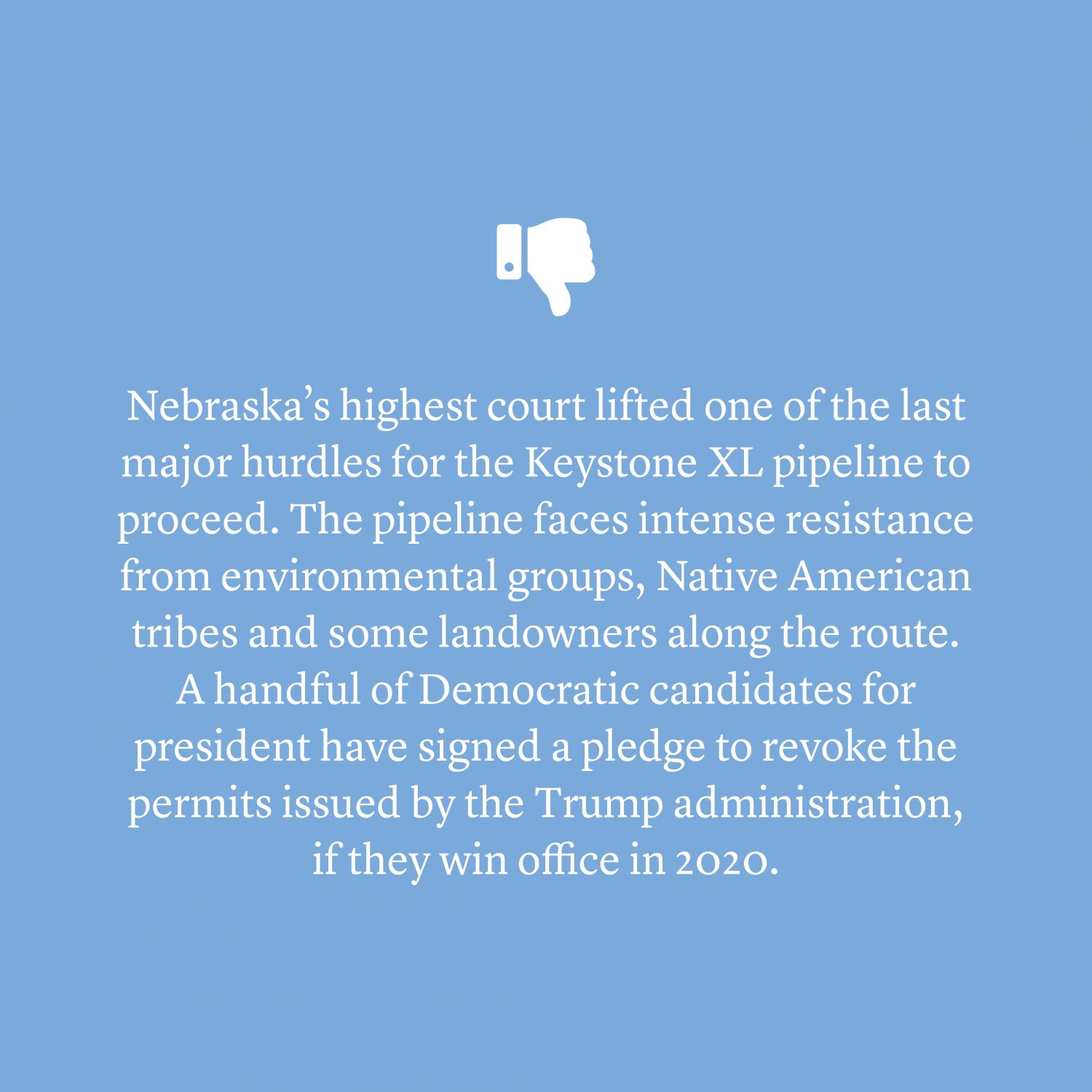 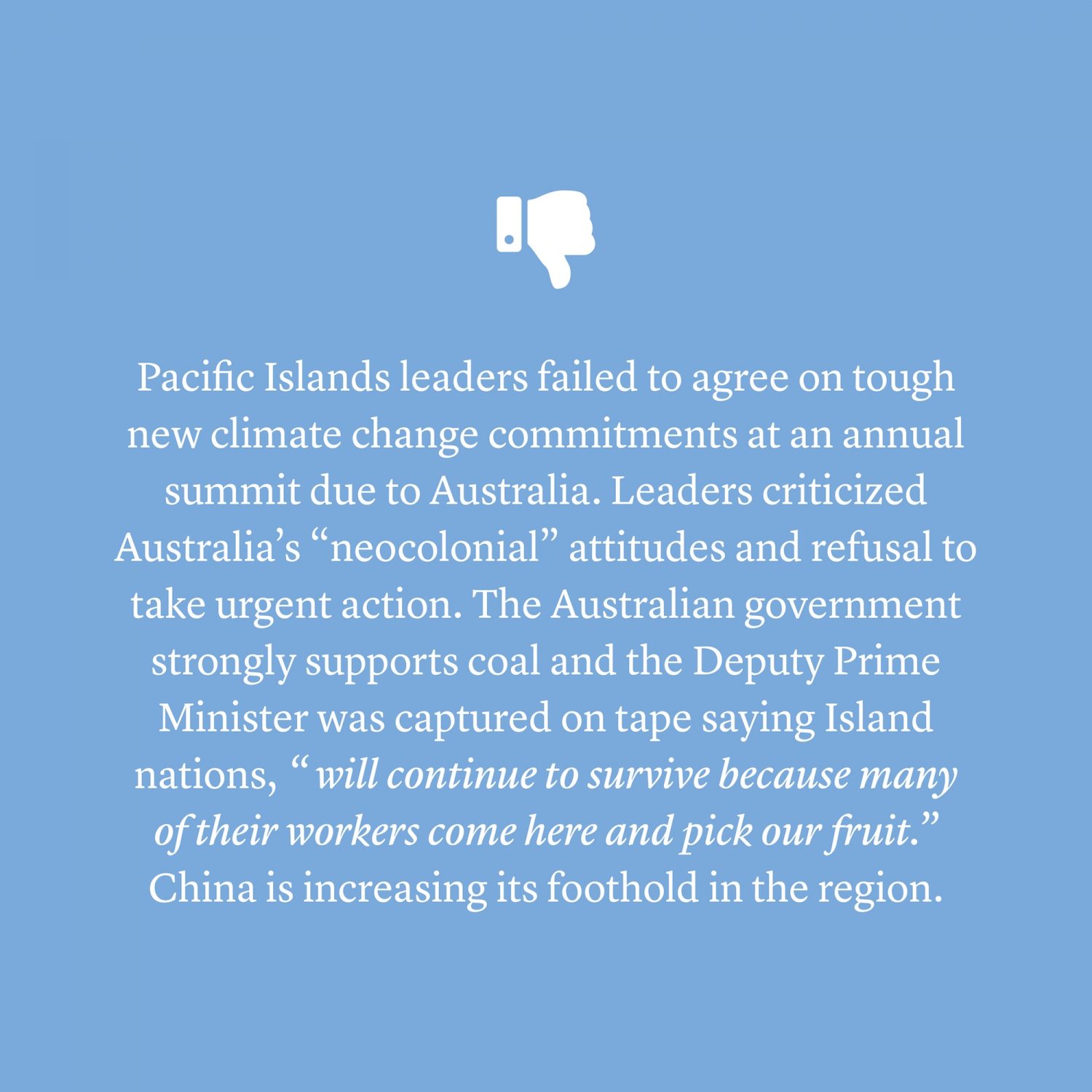