We’re back from the holiday season break with our round up for the week. The world didn’t end over Christmas so we’re taking that as a win.

1/ Carbon-dioxide emissions from the United States spiked sharply in 2018, bucking a three-year trend and making it more likely that the country will fail to meet its promises under the Paris Agreement on climate change. Outside of the power sector, transportation, industry and buildings all increased their emissions as well, according to the estimates. (The Atlantic / The Guardian)

2/ The Trump administration shutdown is affecting National Parks across the country that are being trashed due to humans. Visitors are creating illegal roads and driving into some of the park’s most fragile areas. They are chopping down trees, setting illegal fires, and graffitiing rocks. Joshua trees are already facing possible extinction, with scientists claiming that the Joshua Tree habitat will be lost to climate change by 2100. The shutdown has also halted one of the federal government’s most important public health activities, the inspections of chemical factories, power plants, oil refineries, water treatment plants, and thousands of other industrial sites for pollution violations. (Vox / New York Times / The Guardian)

3/ Thousands of female penguins are being stranded along the coast of South America because of water pollution caused by oil development and marine transport, as well as fishery-associated hazards, such as by-catch and depletion of prey species. The female birds the scientists were tracking travelled further north than males. This is believed to be because competition for food resources is forcing the females to go further afield – males are larger and heavier and so may be grabbing the best feeding grounds nearer home. As the females moved up the coast towards more heavily populated parts of South America, they become exposed to more and more human activity. The loss of females could in time threaten the viability of the entire species.

4/ A toxic blue-green algae outbreak that robs the water of oxygen killed up to a million fish in the Murray-Darling Basin river this week, the second such incident in a month. The deaths are likely due to a combination of drought, water irrigation by the cotton and agriculture industries + government water mismanagement. “In droughts, rivers are the last resort for so much of our wildlife, they are often the only place with drinking water and so critical for wildlife such as kangaroos, parrots and pigeons.” The basin drains around one-seventh of the land mass and is one of the most significant agricultural areas in Australia.  (ABC / The Guardian)

5/ A new analysis, published Thursday in the journal Science, found that the oceans are heating up 40 percent faster on average than a United Nations panel estimated five years ago.  It has slowed the effects of climate change by absorbing 93 percent of the heat trapped by the greenhouse gases humans pump into the atmosphere. The surging water temperatures are already killing off marine ecosystems, raising sea levels and making hurricanes more destructive. This warming has heated the oceans by the equivalent of one atomic bomb explosion per second for the past 150 years. A fourth study reviewed by the researchers strengthened their conclusions. Oceans store heat so effectively that it would take decades for them to cool down. (NYT / The Guardian)

6/ An insurgent movement is pushing Democrats to back an ambitious climate change solution. The Green New Deal, pushed by AOC, has thrust climate change into the national conversation, put House Democrats on notice, and created an intense and escalating bandwagon effect. All of a sudden, the left has found something it had lacked for years: an ambitious, positive climate program, something as bold and catchy as “Medicare-for-all” in health care. The GND aspires to cut U.S. carbon emissions fast enough to reach the Paris Agreement’s most ambitious climate goal: preventing the world from warming no more than 2.7 degrees Fahrenheit by 2100. “We thought it would take a year to get a movement going around the GND, instead, it took weeks.” (Vox / The Atlantic)

7/ The Supreme Court on Monday issued a significant ruling for ongoing legal battles around climate change by declining to hear oil giant Exxon Mobil’s appeal in its suit with the state of Massachusetts. In the appeal, the company was attempting to block the release of records of its knowledge of how burning fossil fuels changes the climate. Exxon will now have to turn over internal documents about its knowledge of climate change. (Vox)

9/ The output of British power stations fell this year to levels last seen almost a quarter of a century ago, while renewables achieved a record share of the UK electricity supply. Electricity generation in 2018 was the lowest since 1994. The reduced need for power came despite there being 8 million more people living in the UK. Renewables supplied a record 33.4% of electricity in 2018. 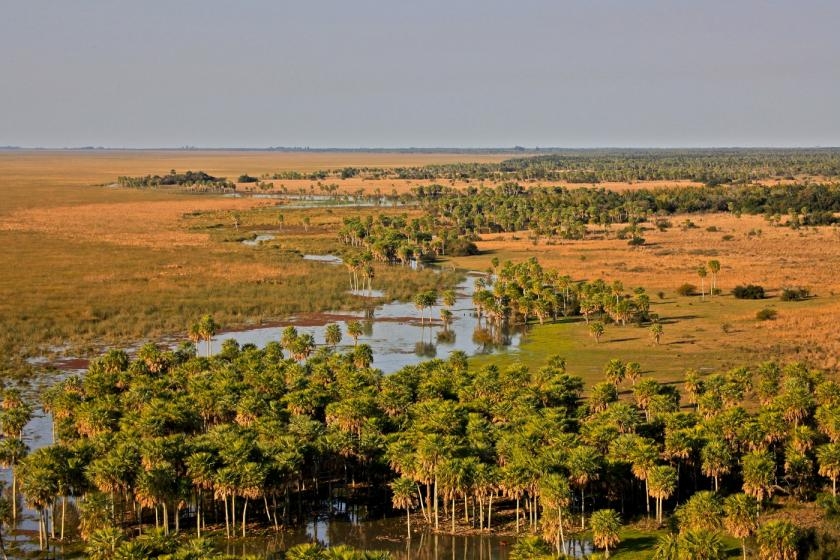 The Congress of Argentina passed legislation approving creation of 160,000-hectare Iberá National Park. Douglas and Kristine Tompkins purchased the land which donated the property to the public to become a national park. It is the largest nature park in Argentina. The park not only has the first jaguar cubs but is home to recovered populations of species that had been lost, including the giant anteater, Pampas deer, tapir, collared peccary and the red-and-green macaw. (UN Environment)

We really need to be paying attention to…