1/ Glaciers are retreating. Millions rely on their water. Glaciers are crucial sources of water for people and crops in Central Asia. But global warming is causing glaciers there and around the world to shrink every year. The world’s roughly 150,000 glaciers, not including the large ice sheets of Greenland and Antarctica, cover about 200,000 square miles of the earth’s surface. Over the last four decades they’ve lost the equivalent of a layer of ice 70 feet thick. (NY Times)

2/ Agricultural lands are likely to be the most plastic-contaminated places outside of landfill and urban spaces, according to research published in the Environmental Science and Technology journal. The plastics find their way into agricultural soils through recycled wastewater and rubbish. Scientists are not sure what effect microplastics are having on our agricultural ecosystems. (ABC)

3/ The Antarctic ice sheet is losing six times as much ice each year as it was in the 1980s and the pace is accelerating, one of the most comprehensive studies of climate change effects on the continent has shown. More than half an inch has been added to global sea levels since 1979, but if current trends continue it will be responsible for metres more in future, the Nasa-funded study found. (Independent)

4/ Air travel is surging. That’s a huge problem for the climate. US airlines have an abysmal carbon footprint. Greenhouse gas emissions in the United States appear to be on the rise again after years of decline. The Rhodium Group recently released preliminary estimates showing carbon dioxide emissions overall surged 3.4 percent in 2018, with the transportation sector leading the way as the largest source of emissions for the third year in a row. (Vox)

5/ Over two days in November, record-breaking heat in Australia’s north wiped out almost one-third of the nation’s spectacled flying foxes. The animals, were unable to survive in temperatures which exceeded 42C. Last week, researchers from Western Sydney University finalised their conclusion that about 23,000 spectacled flying foxes died in the event. Dr Welbergen says about 10,000 bats of another species – black flying foxes – succumbed to the heat during the same two-day period. (BBC)

6/ Wild coffee species are under threat, with 60% of them facing possible extinction, including Arabica, the original of the world’s most popular form of coffee, researchers say. Most coffee species are found in the forests of Africa and Madagascar. They are threatened by climate change and the loss of natural habitat, as well as by the spread of diseases and pests. (The Guardian) 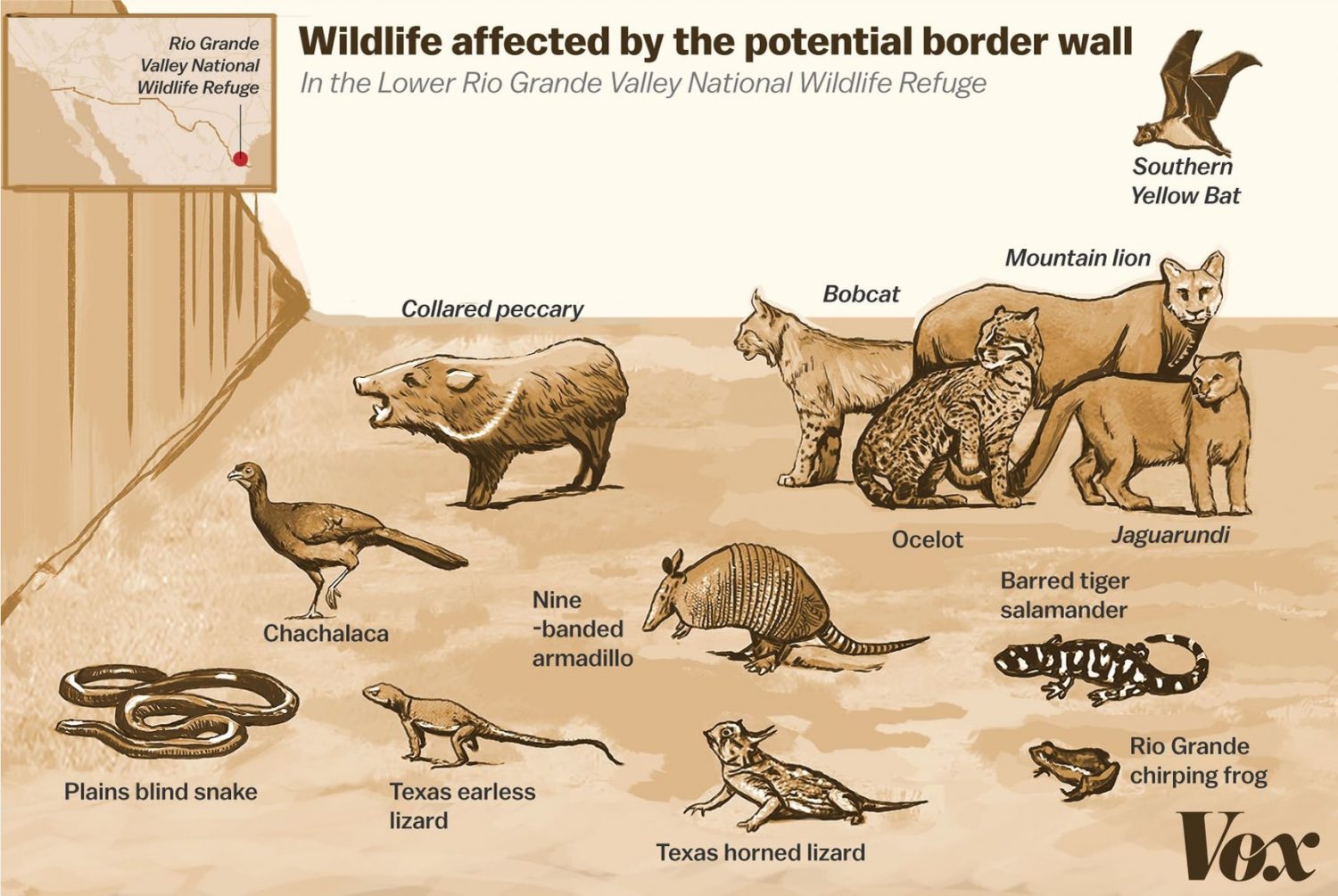 The ecological disaster that is Trump’s border wall: a visual guide. The new sections of fence are slated for the Lower Rio Grande Valley and will cut right through a federal wildlife refuge, a state park, and the National Butterfly Center. Conservationists consider this region to be one of the most ecologically valuable areas on the border — home to endangered ocelots and jaguarundis, and 400 species of birds. (Vox)

7/ The long-extinct woolly mammoth could gain protected status in an unprecedented attempt to save the African elephant from the global ivory trade. If approved, the protection of the mammoth under the Convention on International Trade in Endangered Species of Wild Fauna and Flora could prove vital in saving its modern relatives. The proposal by Israel would close a loophole that enables the trafficking of illegal elephant ivory under the guise of legal mammoth ivory, which is almost identical in appearance. The international trade in elephant ivory has been banned since 1990, but demand for it still leads to the deaths of 30,000 African elephants every year. Ivory traffickers exploiting the long-extinct mammoth so they can further exploit imperilled elephants. A number of jurisdictions have already prohibited the sale of mammoth ivory products altogether, including New York and Hawaii. India has also banned the import of mammoth ivory. (The Guardian)

A frog believed to be the last of his kind in the world has been granted a reprieve from solitude. Romeo, known as the world’s loneliest frog, has spent 10 years in isolation at an aquarium in Bolivia. Scientists say they have found him a Juliet after an expedition to a remote Bolivian cloud forest. Five Sehuencas water frogs found in a stream were captured, with the goal of breeding and re-introducing the amphibians back into the wild.

Water frogs are declining rapidly in Bolivia, Ecuador and Peru. They face a combination of threats, including climate change, habitat destruction and the introduction of invasive trout. (BBC) 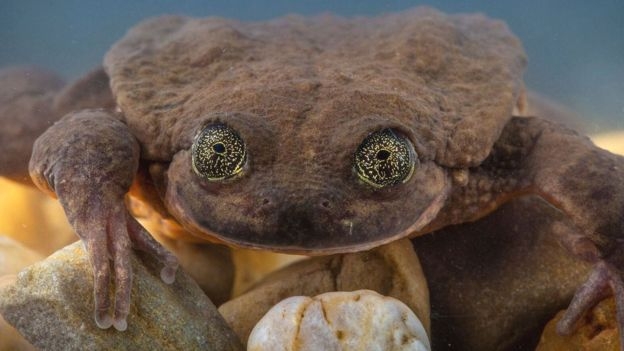