1/ Greenland’s enormous ice sheet is melting at such an accelerated rate that it may have reached a “tipping point” and could become a major factor in sea-level rise around the world within two decades, scientists said in a study published on Monday. The Arctic is warming at twice the average rate of the rest of the planet, and the new research adds to the evidence that the ice loss in Greenland, which lies mainly above the Arctic Circle, is speeding up as the warming increases. The authors found that ice loss in 2012, more than 400 billion tons per year, was nearly four times the rate in 2003. “Once you hit that tipping point, the only question is: How severe does it get?” (NYT / BBC / Vox)

2/ Levels of the greenhouse gas have not been as high as today for 3-5m years, when the global temperature was 2-3C warmer and the sea level was 10-20 metres higher. CO2 levels will be at a record high once again after emissions reached unprecedented levels last year, dashing hopes the world had finally hit “peak carbon”.  The increase is being fuelled by the continued burning of fossil fuels and the destruction of forests, and will be particularly high in 2019 due to an expected return towards El Niño-like conditions.  (The Guardian / Independent)

3/ A “tsunami of e-waste” is engulfing the world as demand for cheap TVs, fridges and phones skyrockets, the United Nations (UN) has warned. Last year electronic and electrical waste reached 50 million tonnes, more than the weight of all commercial airliners ever made. While a fraction of this waste is recycled, the vast majority ends up on landfill. Africa, in particular, has become a ‘dumping site’ for e-waste. E-waste often ends up being burned on dumps, often by some of the planet’s poorest people, with harmful consequences for both their health and the environment. But the report also states that this waste also represents a vast, untapped resource. Globally, e-waste is worth at least $62.5bn (£48bn) the annual equivalent of Kenya’s GDP. Many devices are full of valuable materials that are ripe for recycling. In a tonne of mobile phones, for example, there is 100 times more gold than can be found in one tonne of gold ore. (Independent)

4/ In a new study published in Nature Geoscience, we investigated how forest soils were impacted by fire and logging. To our surprise, we found it can take up to 80 years for soils to recover. We found major impacts on forest soils, with pronounced reductions of key soil nutrients like available phosphorus and nitrate. A shock finding was how long these impacts lasted: at least 80 years after fire, and at least 30 years after clearfell logging. We found the frequency of fires was also a key factor. For instance, forests that have burned twice since 1850 had significantly lower measures of organic carbon, available phosphorus, sulfur and nitrate, relative to forests that had been burned once. Sites subject to clearfell logging also had significantly lower levels of organic carbon, nitrate and available phosphorus, relative to unlogged areas. (The Conversation)

6/ Removing coal from the global energy mix is taking too long, too many forests are still being destroyed, and fossil fuel subsidies are ongoing despite their distorting effect on the market, a study has found. There has also been insufficient progress in agriculture to stop harmful practices that increase carbon dioxide production, and heavy industry is not doing enough to use energy more efficiently, according to analysis carried out by the World Resources Institute thinktank. thout progress on all these fronts, the world is unlikely to see global greenhouse gas emissions peak in 2020, which is likely to be necessary to stay within the 1.5C or 2C warming. (The Guardian / WRI)

7/ Scientists are registering high concentrations of microplastic particles not only in Arctic waters but also in the Arctic ice and snow. Indications are that plastic pollution has reached the still ice-encapsulated North Pole, hundreds of kilometres from human habitation. (EU Observer)

I don’t want you to be hopeful, I want you to panic. I want you to feel the fear I feel every day and then I want you to act. In an impassioned warning to act now on climate change, Thunberg told her audience at Davos: Either we choose to go on as a civilisation or we don’t. (The Guardian)

8/ Bison are back, and that benefits many other species on the Great Plains. Today some 500,000 bison have been restored in over 6,000 locations, including public lands, private ranches and Native American lands. Once numbering in the tens of millions, they dominated the Great Plains landscape until the late 1800s, anchoring a remarkable ecosystem that contained perhaps the greatest concentration of mammals on Earth. That abundance was wiped out as settlers and the U.S. government engaged in a brutally effective campaign to eradicate the ecosystem and the native cultures that relied on it.  Bison were shot by the millions, sometimes for “sport,” sometimes for profit, and ultimately to deprive Native Americans of vital resources. By 1890 fewer than 1,000 bison were left. Bison’s positive impacts are numerous and include their selective grazing behavior produces higher biodiversity because it helps plants that normally are dominated by grasses to coexist. (The Conservation)

9/ The same software that recognizes you in a friend’s social media post is being adapted to tackle the illegal trade in chimpanzees. If the technology recognizes a trafficked animal, the owners of the accounts featuring the chimp can then be targeted by the authorities. (BBC)

10/ Americans’ concerns about climate change have surged to record levels, new polling shows, following a year marked by devastating storms, wildfires and increasingly dire warnings from scientists (the first part being the good news, not the latter!). A total of 72% of polled Americans now say global warming is personally important to them. Overall, 73% of Americans accept that global warming is happening. (The Guardian)

11/ In a rare bit of good news for North Atlantic right whales, a third newborn calf was spotted last Thursday, and the breeding season isn’t half over. Last year, no new animals were born in a population that spends its calving season along the southeastern coastline of the United States. Their numbers have declined to 411, according to a soon to be released count for 2018. That slower rate of reproduction has become worrisome, since the declining population only includes 90 to 100 females of reproductive age. (NYT) 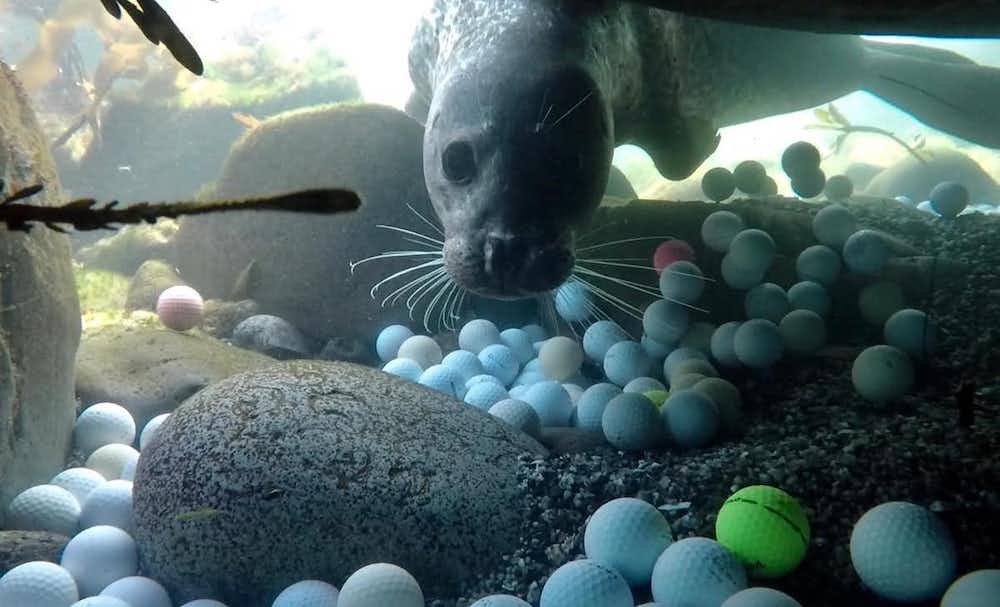