1/ Scott Pruitt quits as head of the US environment agency after scandals engulfs him. The EPA administrator has been embroiled in allegations of ethics violations for months. Pruitt’s actions at the EPA have left a demoralized agency where staff fear their ability to protect public health is diminished.  Automakers, agriculture, coal, chemicals, and heavy truck makers all received regulatory relief from Pruitt who also didn’t believe in climate change. (Vox)

2/ Negative emissions a necessity to meet Paris aims. The world has no choice but to invest in technology to extract carbon dioxide from the atmosphere if it is to keep global warming within 1.5°C of pre-industrial temperatures, according to new research. The mayors of Paris, London and eight other major European cities have called on lawmakers to cut the continent’s greenhouse gas output to zero by 2050 to help limit global warming to 1.5 degrees, as officials gather to discuss the EU’s long-term emissions reduction strategy. (Ends Europe)

3/ More than 26,000 of the world’s species are now threatened, according to the latest red list assessment of the natural world, adding to fears the planet is entering a sixth wave of extinctions. (The Guardian)

4/ Orcas of the Pacific Northwest are starving and disappearing. The population of endangered black-and-white killer whales has hit a 30-year-low, numbering only 75 this year. (New York Times)

5/ Australia falls further in rankings on progress towards UN Sustainable Development Goals. A new report reveals Australia is lagging behind most wealthy nations in working towards the globally agreed goals. It’s performing particularly badly on climate and environmental indicators. (The Conversation)

6/ Cut-price Chinese home insulation is being blamed for a massive rise in emissions of a gas, highly damaging to the Earth’s protective ozone layer. This is a big deal because of the amount of the dodgy chemical being used and its potential to reverse the healing that’s starting to take place in the ozone layer. As well as the ozone layer, CFC-11 has a warming impact. Researchers estimate that if the use of the chemical continues, it would be the equivalent of CO₂ from 16 coal-fired power stations every year.

7/ The Netherlands contemplates the world’s toughest climate law. A new Dutch proposal would put climate at the center of national politics. A coalition of seven Dutch political parties recently unveiled a climate policy proposal that is breathtaking in its ambition. If it becomes law, it will codify the most stringent targets for greenhouse gas reductions of any country in the world. The Climate Law sets clear greenhouse gas reduction targets and introduces an innovative mechanism of an annual review to ensure that these targets are met by the Dutch government. The Law also introduces a ‘National Climate Day’ every fourth Thursday of October. On this day the government will report the level of greenhouse gasemission reduction and announce – if necessary – additional measures to meet reduction targets. (Vox)

9/ Baby quolls have been born on Australian mainland for first time in 50 years. A program to reintroduce eastern quolls to mainland Australia has marked a milestone with birth of 15 baby quolls. (ABC)

10/ Krill fishing firms back Antarctic ocean sanctuary.  The five companies responsible for 85 percent of krill fishing in Antarctica announced Monday that they would put a “voluntarily permanent stop” to fishing in vulnerable areas earmarked by conservationists for the world’s largest ocean sanctuary. The creation of the world’s biggest ocean sanctuary, protecting a huge tract of remote seas around Antarctica, has come a step closer after major fishing companies came out in favour of the plan. The move comes after Greenpeace & 1.7 million people back campaign to create largest ever wildlife sanctuary in pristine waters around polar region. (The Guardian / Eco Watch)

11/ The National Trust has bought two wildflower sites to protect wildlife. The £2.15m deal will protect 460 acres of nature-rich farmland in the Peak District. (The Guardian)

12/ It is not much more than a chicken wire cage, but the nicely named “seahorse hotel” is behind a population resurgence of Australia’s endangered white seahorse. ‘Seahorse hotels’ bring an endangered species back from the edge of extinction. (ABC) 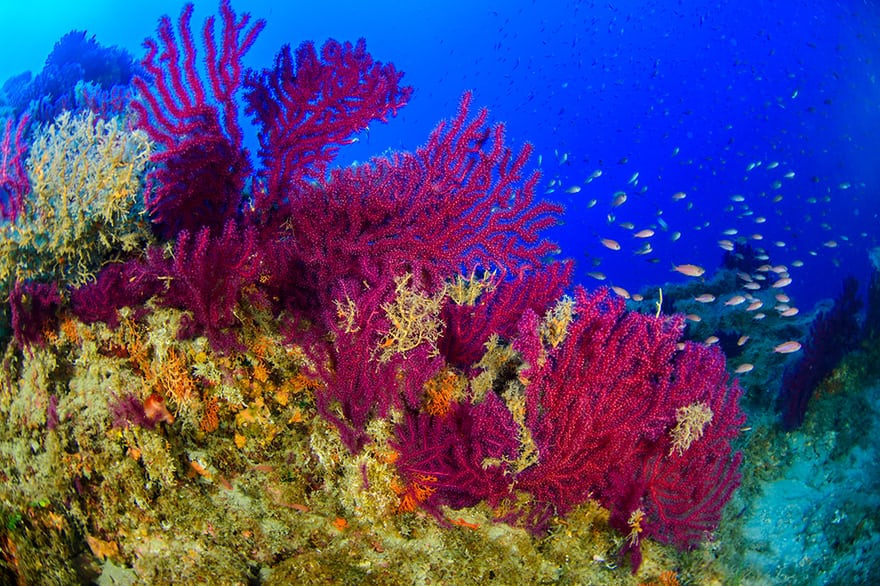 14/ Stunning coral forests have been discovered around Sicily’s deep sea volcanoes. Scientists find a spectacular forest of bamboo coral, rare carnivorous sponges, and species never before seen in the region. (The Guardian)

A French swimmer has begun swimming across the Pacific Ocean through the Great Pacific Garbage Patch in a bid to raise awareness of plastic pollution . Ben Lecomte set off from his starting point of Chōshi, Japan, aiming to reach San Francisco, 5,500 miles away. He will need to swim for eight hours a day for six months, with an average of 30 miles a day. (CNN) Live tracker of the swim. 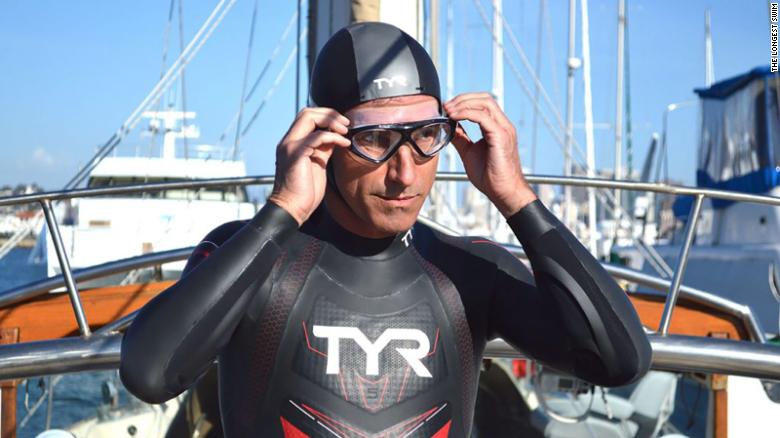 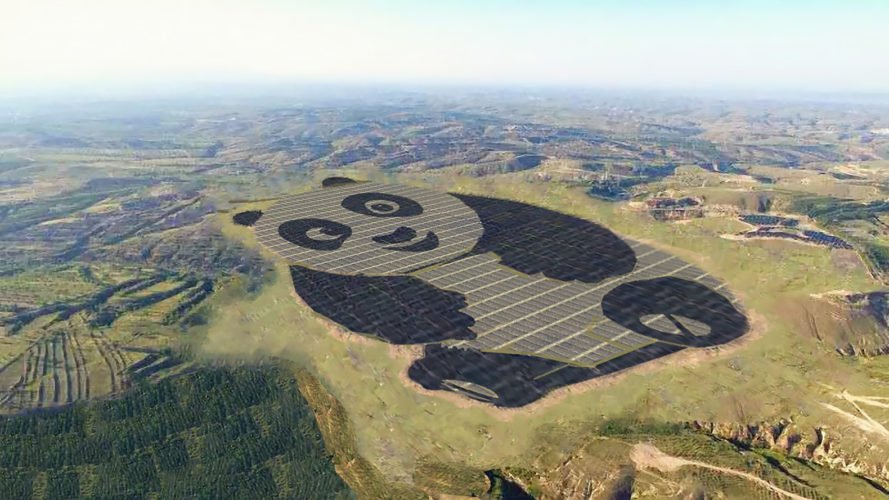 Something fun…China has built a 250 acre solar farm in the shape of a panda! (Business Insider – artist’s rendering)