1/ Trump continues his ‘War on America’s Oceans’ with new executive order. Unlike Obama’s 2010 executive order outlining policy for managing U.S. oceans, coastal waters and the Great Lakes, Trump’s order made no mention of climate change or related problems like ocean acidification. It also excised references to biodiversity and conservation. While eight of 10 policy priorities listed in Obama’s order referenced preserving or understanding the environment, only two of Trump’s seven priorities mention the environment or sustainability, and both mention the economy as well. Trump’s executive order, “represents a significant step backward, a throwback to the 1960s when the primary focus was on aggressively expanding the use of the ocean…” (Eco Watch)

2/ The UK is now exporting more waste to countries with the highest levels of ocean plastic pollution. The ban on plastic exports to China has seen the UK offloading its waste to nations with questionable records on marine pollution. In the four months since the ban came into force, waste being exported to Malaysia more than trebled, making it the main destination for British plastics. Exports to Vietnam increased by 50 per cent, while the amount sent to Thailand shot up fifty-fold. We cannot keep exporting our problems elsewhere. (Independent)

3/ On remote Australian beaches so pristine and well protected, ranger groups spend hours each week cleaning up beaches untouched by humans but covered in their rubbish — and it’s still not enough. While the rubbish was historically waste from fisheries, these days it is increasingly domestic: hairbrushes, shampoo bottles and coat hangers have all been collected in recent months. (ABC)

4/ Record emissions keep Australia on path to missing Paris target. Annual carbon emissions, excluding unreliable data, are higher than ever. Data shows Australia’s emissions over the past year were again the highest on record according to NDEVR Environmental. (The Guardian)

5/ MPs are to investigate the environmental impact of throwaway “fast fashion” in the UK amid growing concerns that the multi-billion pound industry is wasting valuable resources and contributing to climate change. The inquiry, launched on Friday by the House of Commons environmental audit committee, will explore the carbon impact, resource use and water footprint of clothing throughout its lifecycle and supply chain. An estimated 300,000 tonnes of fashion waste goes straight into landfill each year, despite growing efforts to encourage consumers to recycle their worn and unwanted clothing. (The Guardian)

6/ Since 1988, nearly half of the planet’s plastic trash — like single-use soda bottles, food wrappers, and plastic bags — has been sent to China, where the material is recycled to make more plastic goods.  China announced last year that it finally had enough of the plastic waste. Countries knew they would have a problem, but we didn’t know exactly how large it was. Now we know. By 2030, an estimated 111 million metric tons of used plastic will need to be buried or recycled somewhere else – or not manufactured at all. 1 million metric tonnes is 621,000 Tesla Model 3s. So, multiply that by 111. Bit more perspective? The world’s 700 million iPhones make up roughly a tenth of a million metric tons. (Bloomberg / The Verge)

7/ ‘Sustainable palm oil’ may not be so sustainable after all. New research has cast doubt on whether RSPO certification is achieving real improvements in the sustainability of palm oil production. The researchers found orangutan populations declined at similar rates between RSPO-certified and non-certified plantations between 2009 and 2014. They also found that outbreaks of fire increased at similar rates between both, and that poverty increased while access to healthcare per capita decreased in villages neighbouring certified and non-certified plantations. Around 100,000 orangutan were lost in Borneo between 1999 and 2015 due mainly to hunting and habitat clearing. (ABC)

The 80 plastic bags a small pilot whale swallowed and died from in Southern Thailand. Thailand is one of the world’s largest users of plastic bags. Read more here. 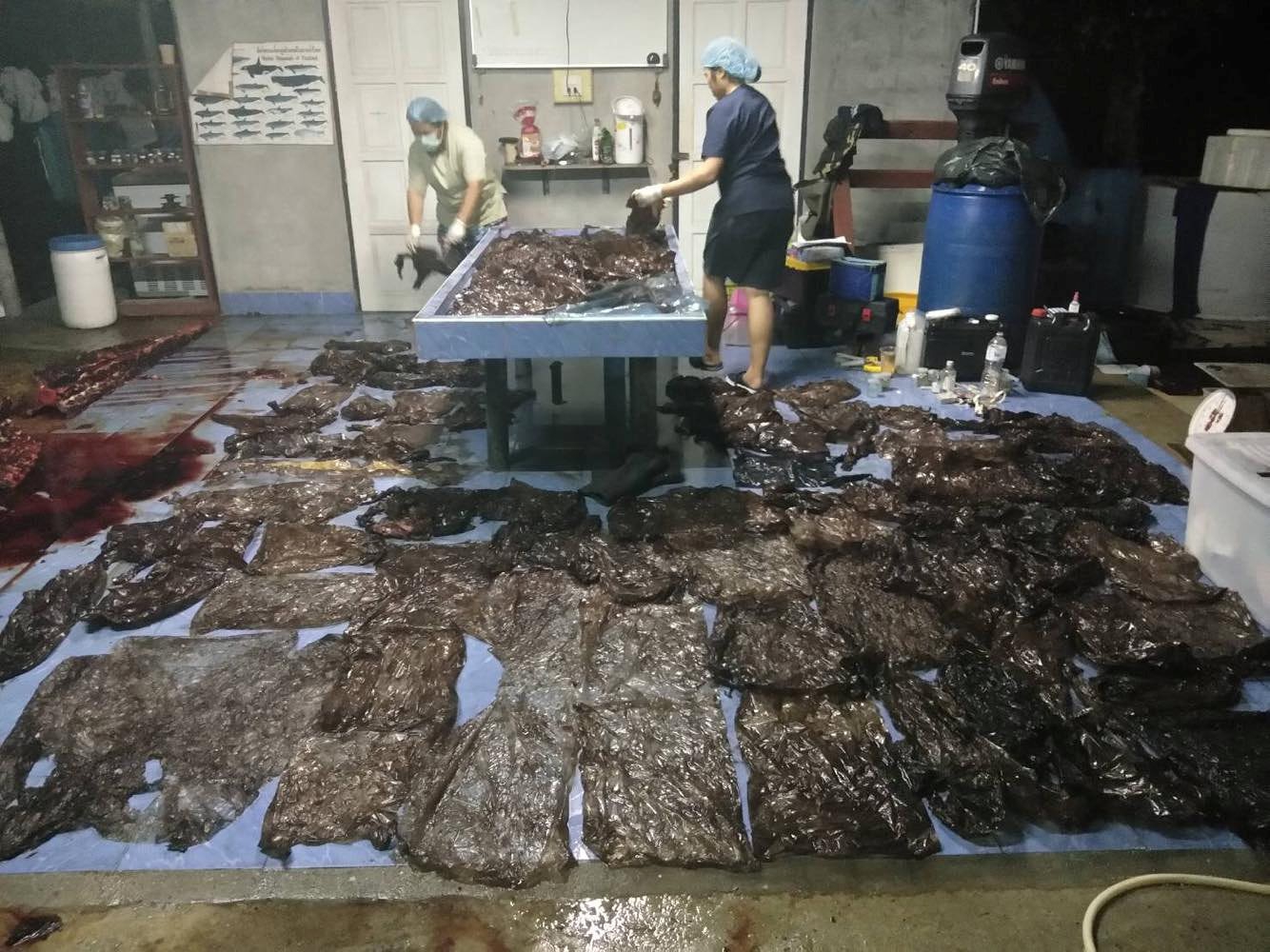 8/ Australia’s Great Barrier Reef, the largest reef system in the world, has lost half of its coral cover to bleaching and predation since the 1980s. And a study published last year predicts that if carbon emissions continue as usual, all World Heritage reefs may be lost in 30 years, and all coral reefs worldwide may be lost by the end of this century. That coral reefs can still be found flourishing after facing such an onslaught makes the identification of these 38 “oases” all the more encouraging, the scientists say. Erm, kind of good-ish news? (National Geographic)

9/ Some rare good climate news: the fossil fuel industry is weaker than ever. From Wall Street to the pope, many increasingly see fossil fuels as anything but a sure bet. That gives us reason to hope. There are 3 major headaches for the fossil fuel industry. Number 3? According to IEEFA, that would be the climate movement – a material financial risk to oil and gas companies. That’s us, folks! Let’s keep doing our thing. (The Guardian)

10/ We’re a month late to the party on this one but it deserves a significant feature. Shenzen in China has now become the first city to electrify 100 percent of its public buses. That’s a staggering 16,359 battery-powered vehicles, the world’s largest eco-friendly bus fleet. Today, of the roughly 385,000 BEBs that BNEF estimates are operating in the world’s cities (13 percent of the global bus fleet), 99 percent — virtually all — are in China. The country has, in a few years, taken electric buses from a niche product to a decent-sized chunk of the global market. Costs are already falling. (Vox)

11/ The European Union will begin a process to increase its pledge to the Paris Agreement. The EU’s current pledge to the Paris deal is for a cut of “at least 40%”. But after a series of new measures were approved this fortnight, the EU will now cut its emissions by more than 45% below 1990 levels by 2030. (Climate Change News / Ends Europe) 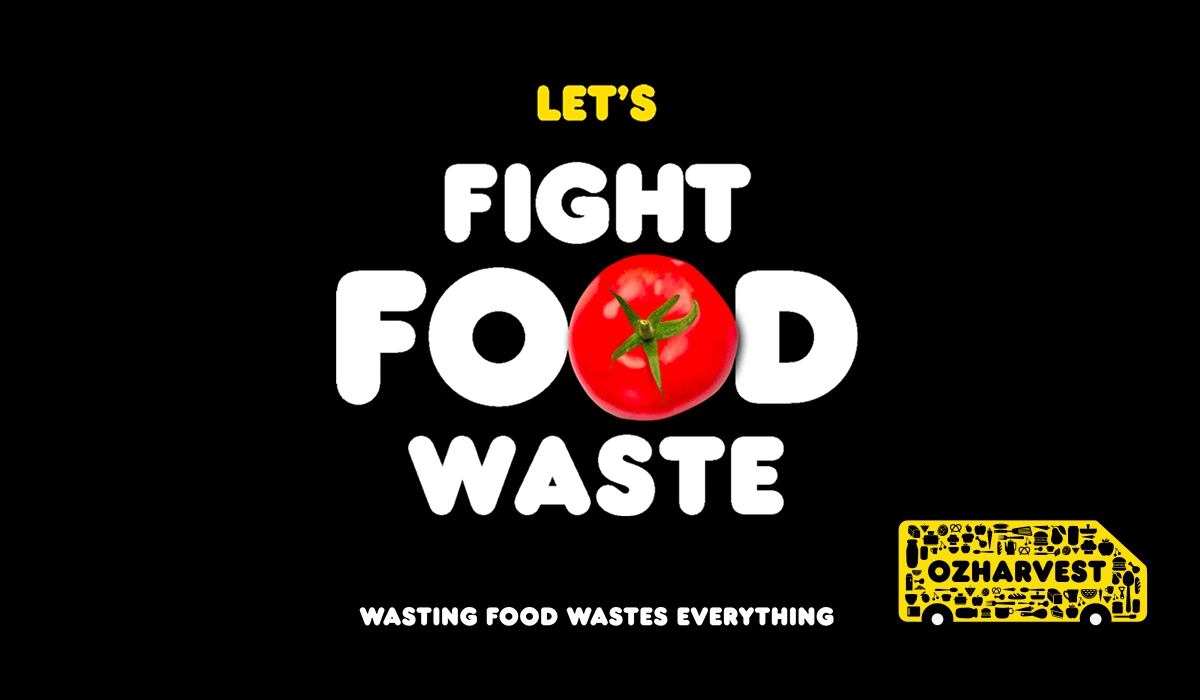 OzHarvest is running a big food waste campaign at the moment (their email series has been particularly good – sign up here). They’ve also got a new film coming out which we’re excited to see. Check it out to reduce your food waste at home!