2/ In Australia, voters re-elected the conservative coalition that has long resisted plans to cut down on carbon emissions and coal (our note: the Prime Minister has in fact previously brought a lump of coal to parliament). Over all, Australians shrugged off the warming seas killing the Great Barrier Reef and the extreme drought punishing farmers. What it could mean is that the world’s climate wars — already raging for years — are likely to intensify. Australia just experienced its hottest summer on record. The country’s tropics are spreading south, bringing storms and mosquito-borne illnesses like dengue fever to places unprepared for such problems, while water shortages have led to major fish die-offs in drying rivers. (NYT)

3/ Amazon shareholders just voted down a proposal backed by more than 7,500 Amazon employees asking Jeff Bezos to create a comprehensive climate-change plan for the company. The company has invested in wind power and solar power, but employees say that’s not enough, particularly since the company’s business model is a key source of global carbon emissions. Amazon relies on diesel-guzzling delivery trucks to deliver billions of packages to customers each year. In 2016, transportation overtook power plants as the top producer of carbon dioxide emissions in the US for the first time since 1979. Employees wanted Amazon to transition to 100 percent renewable energy, not just for package shipping but across the entire company and within the company’s entire supply chain. Amazon recommended shareholders vote against the resolution. (Vox)

4/ Researchers found mountains of toothbrushes and flip-flops among 524,000 pounds of plastic junk on Australia’s remote Cocos (Keeling) Islands. The study, published last week in the journal Scientific Reports, estimated 414 million pieces of plastic debris weighing some 524,000 pounds are polluting the islands. Single-use plastic items like straws and plastic bags made up at least 25% of the debris. A staggering 373,000 toothbrushes and 977,000 shoes like plastic flip-flops also were discovered. Researchers estimated that the amount of debris visible on the beach surface on the Cocos Islands was outnumbered 26-1 by the debris buried underneath. This suggests that the already-staggering amount of plastic waste found during beach cleanups is “likely just the tip of the iceberg”. (Washington Post / Huffington Post / Nature / NYT)

5/ Remember when we banned CFCs? A puzzling burst of a banned ozone-depleting gas has been tracked to industrial areas in northeastern mainland China. According to a study published  in Nature, emissions from eastern China of the chlorofluorocarbon CFC-11 have been increasing by 7,000 tonnes a year since 2013. CFC-11 is one of a class of compounds called chlorofluorocarbons that destroy atmospheric ozone. They are also potent greenhouse gases that contribute to atmospheric warming. The new emissions could delay the ozone layer recovery by a decade or more, scientists say. (NYT / ABC)

6/ Botswana has lifted a ban on elephant hunting, citing growing conflict between humans and the animals, which at times destroy crops. There are some 415,000 elephants in Africa, according to the International Union for Conservation of Nature, with the population having been decimated largely due to poaching for ivory. The latest survey of wildlife suggests their numbers are not increasing as many rural people suspect, and conservationists are likely to say the decision aims to boost the president’s popularity among rural voters ahead of elections in October. Last September, the carcasses of 87 elephants were found close to a protected sanctuary in Botswana. They had been killed for their tusks. (BBC / NPR)

7/ Plastic poisons ocean bacteria that produce 10% of the world’s oxygen and prop up the marine food chain. New research suggests that chemicals leaching from the bags and bottles that pepper our seas are harming tiny marine organisms that are central to sustained human existence. The results showed that the chemical-contaminated seawater severely reduced the bacteria’s rate of growth and oxygen production. In most cases, bacteria populations actually declined. (The Conversation / Communications Biology)

8/ In a bid to limit ocean pollution, the UK government will introduce new controls on single use plastic items next year. The measures cover plastic straws, plastic drinks stirrers and plastic cotton buds in England from April 2020. Earlier this week the European Union formally adopted a plan to ban a longer list of items including plastic straws, plastic cutlery and plastic plates by 2021. (BBC)

9/ Malaysia, which has become a dumping ground for the world’s plastic waste, has begun sending non-recyclable plastic scrap to the developed countries of origin. The United States, Britain, Japan and Australia are among the top exporters of plastic waste to Malaysia. (ABC)

10/ Hundreds of thousands of students and young people walked out of lessons around the world on Friday, with strikes in more than 1,400 cities in more than 110 countries. And if you need a little more faith in the kids of today, this 16 year old wrote this articulate piece on the teenagers of Palestine and Israel coming together to fight climate change and inaction from Israel’s government. (The Guardian / Vox) 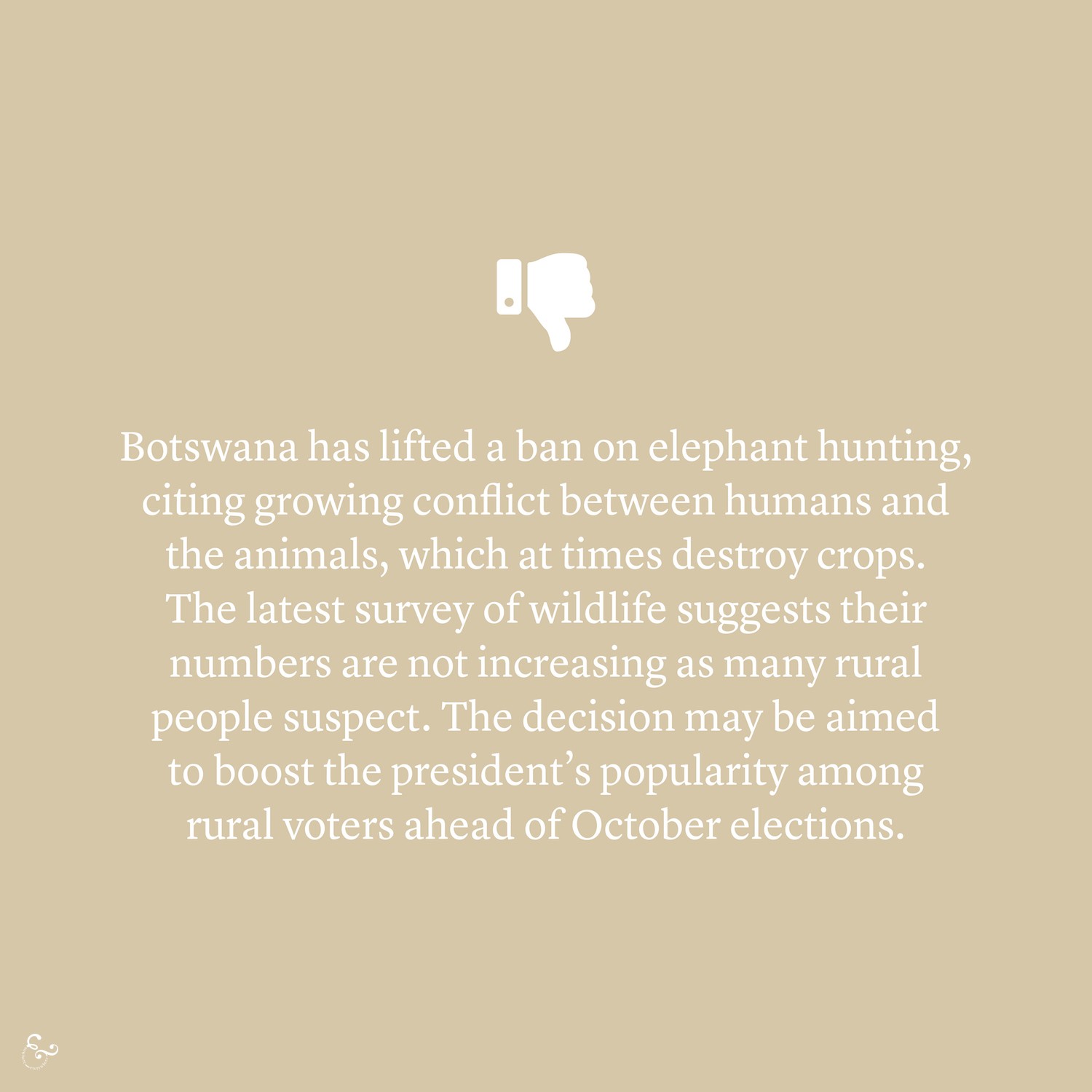 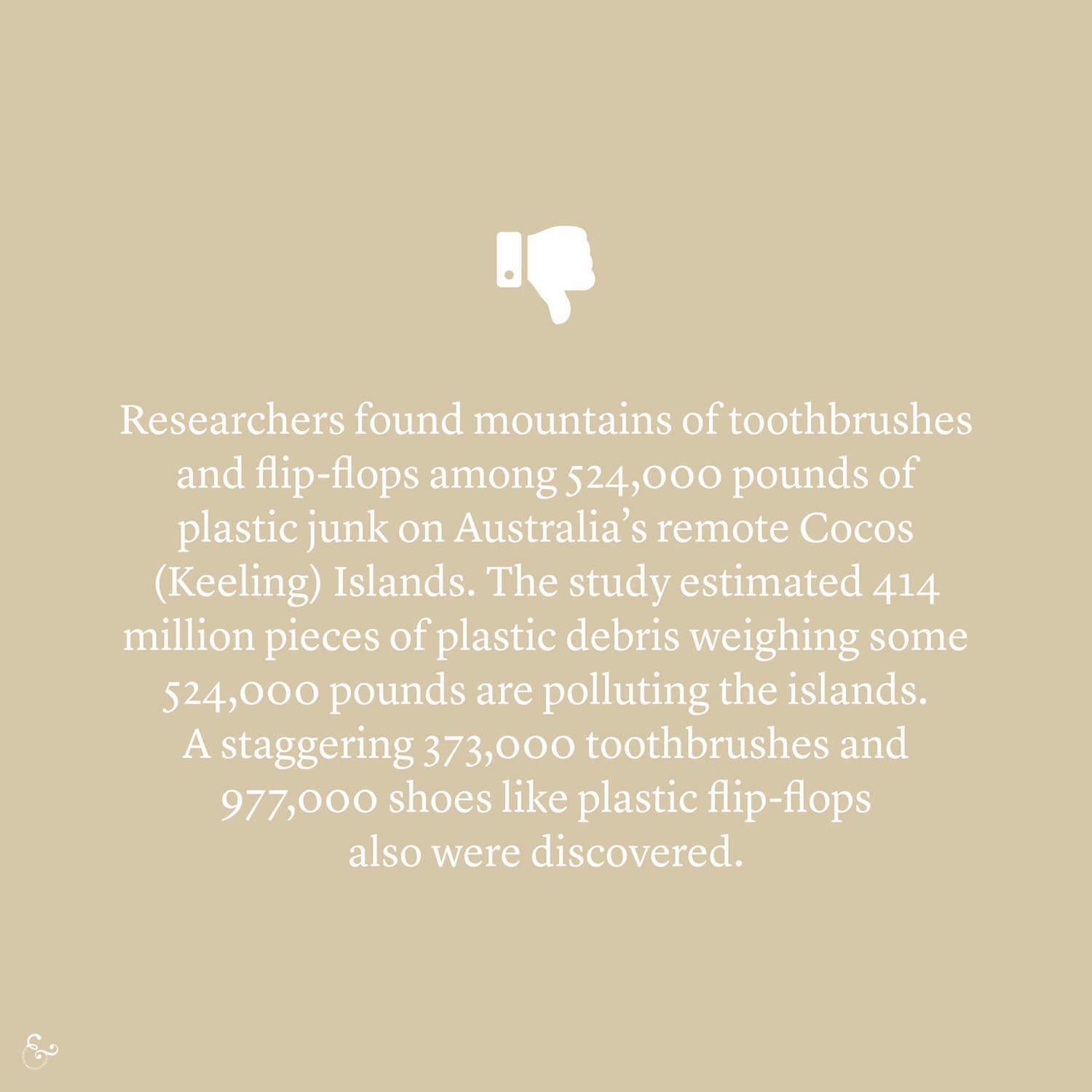 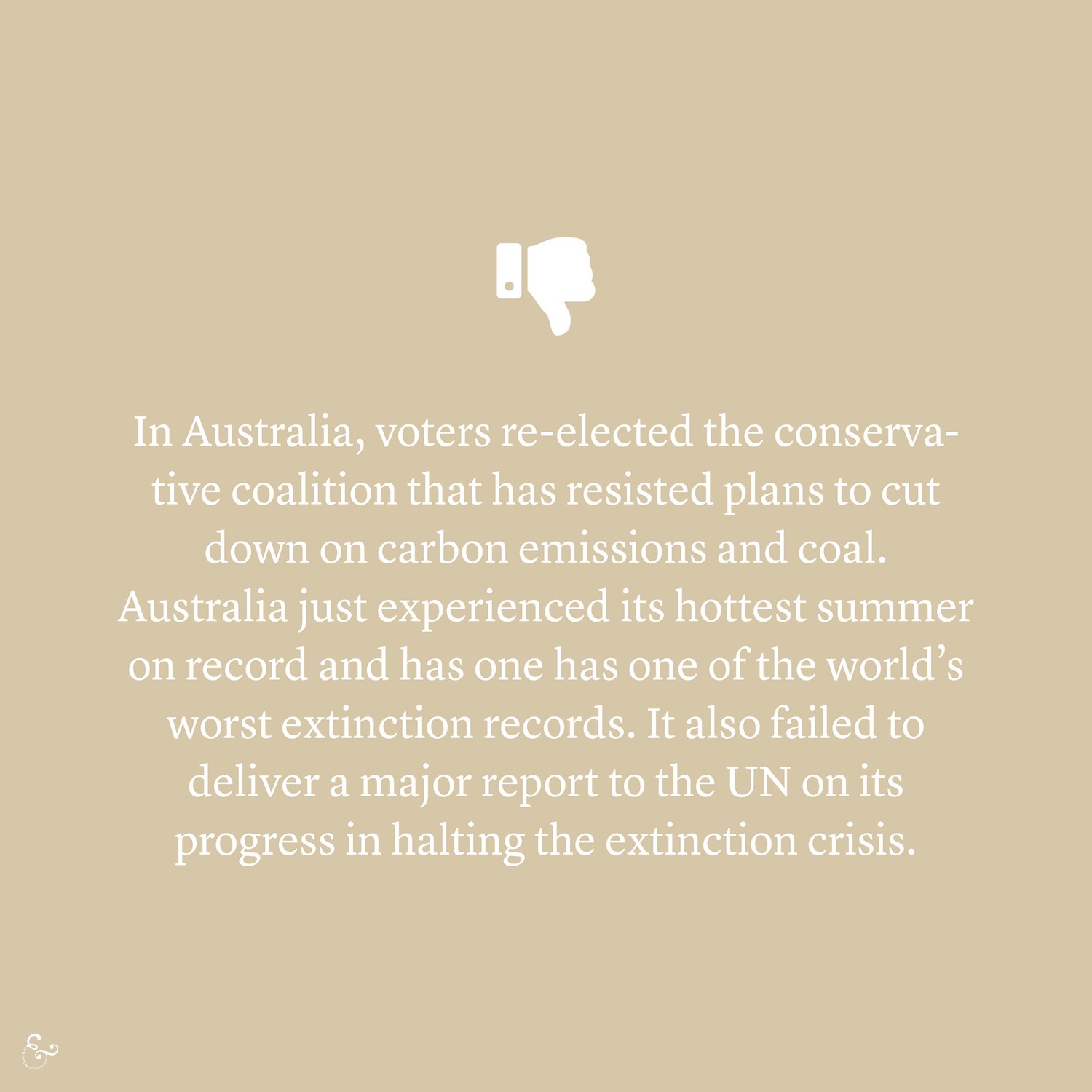 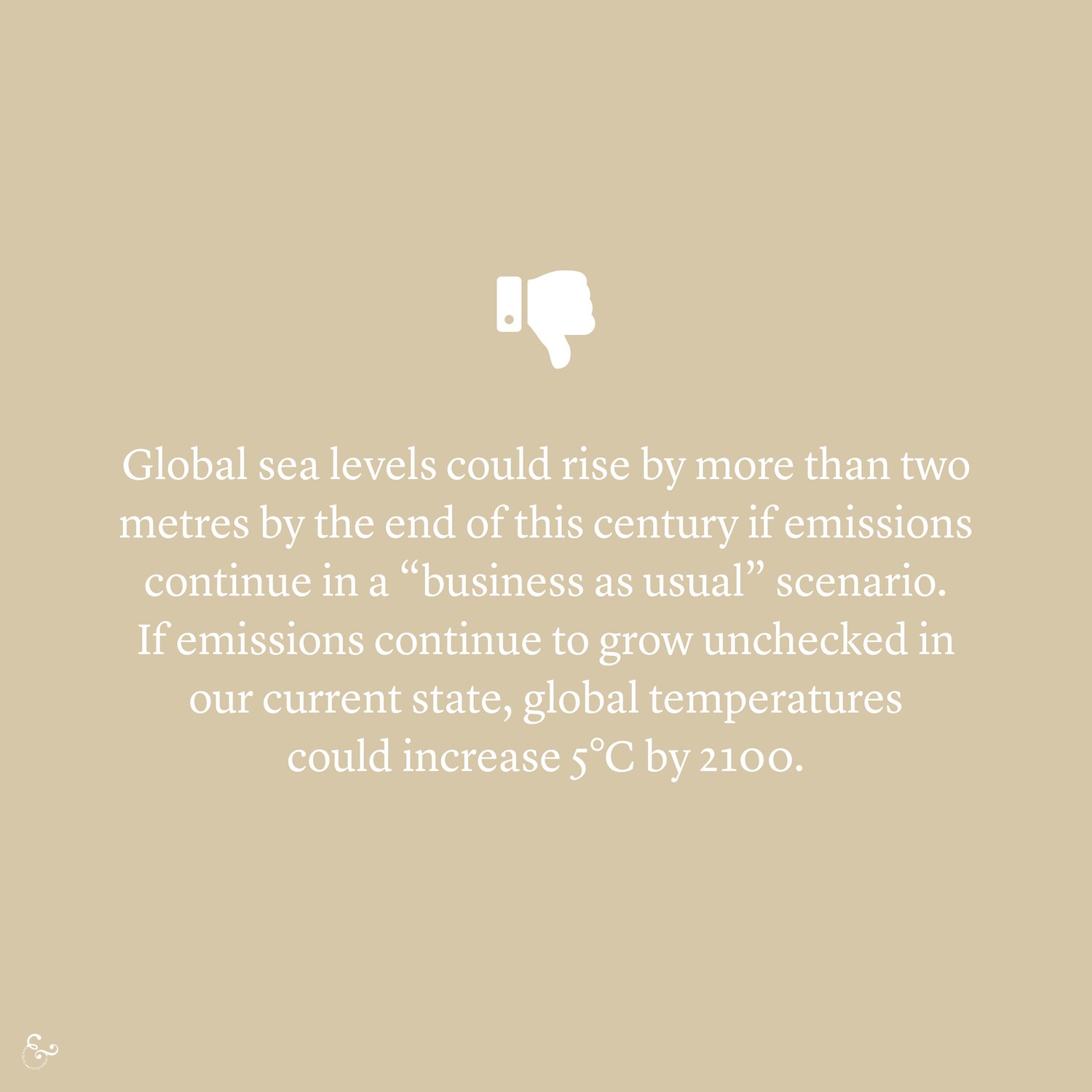 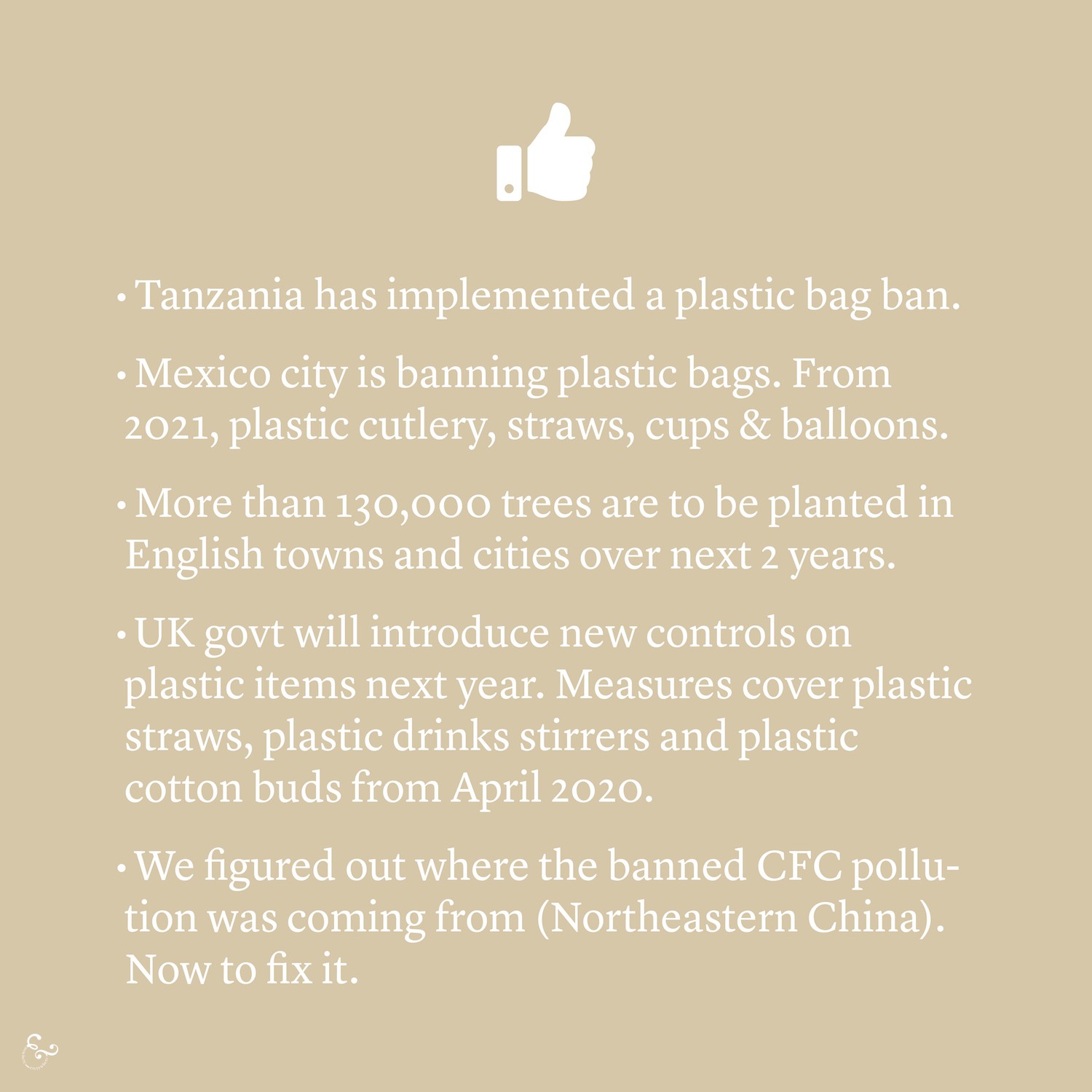 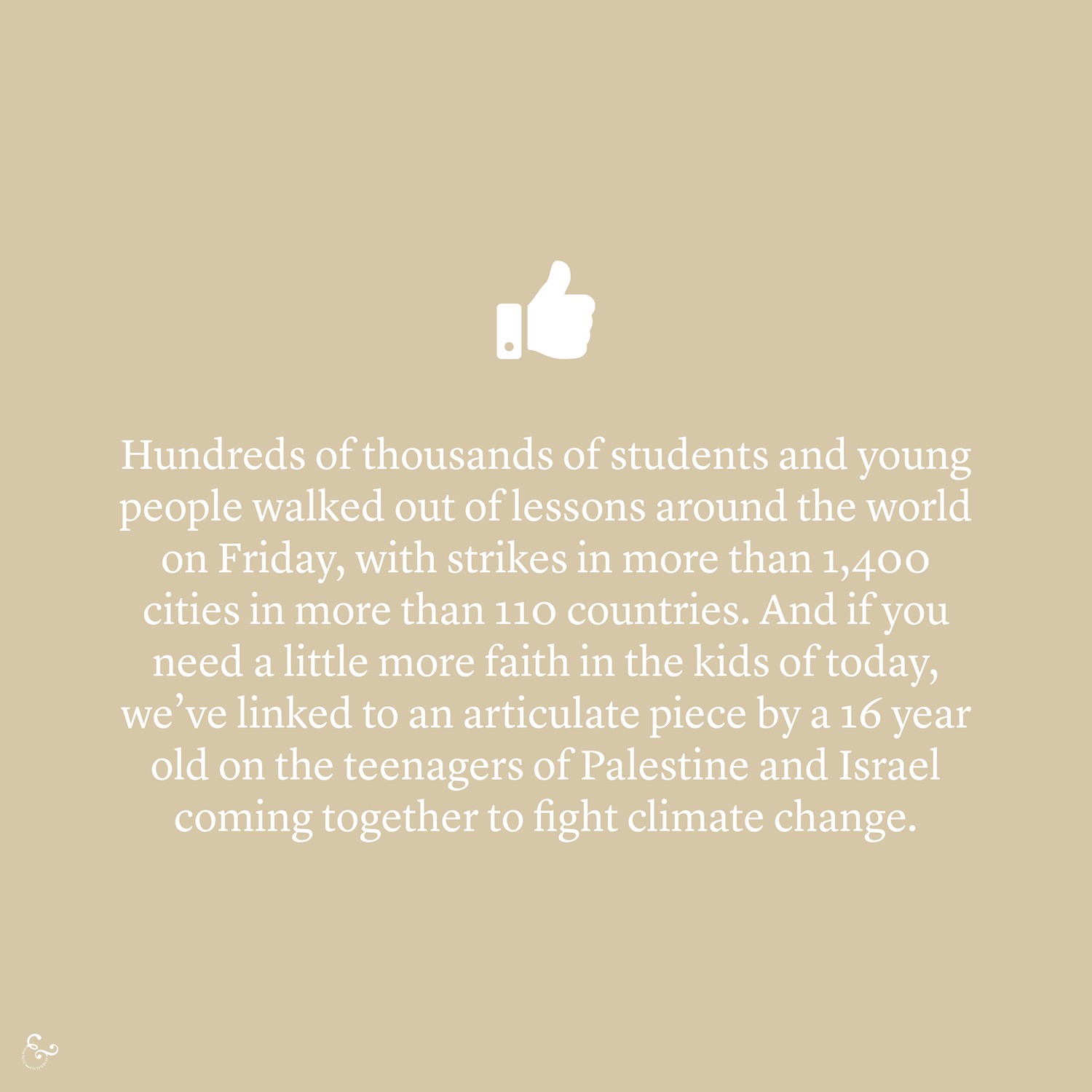 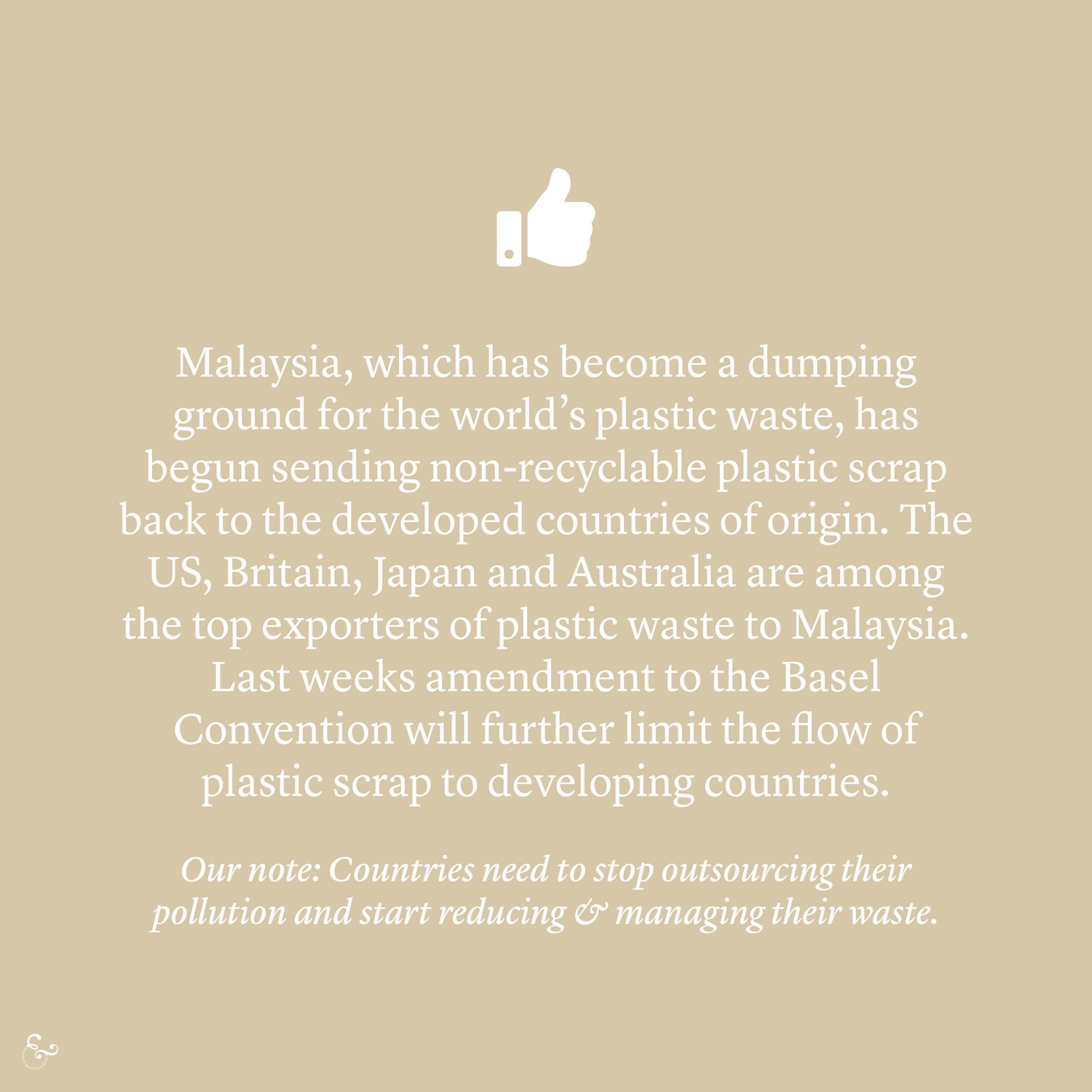 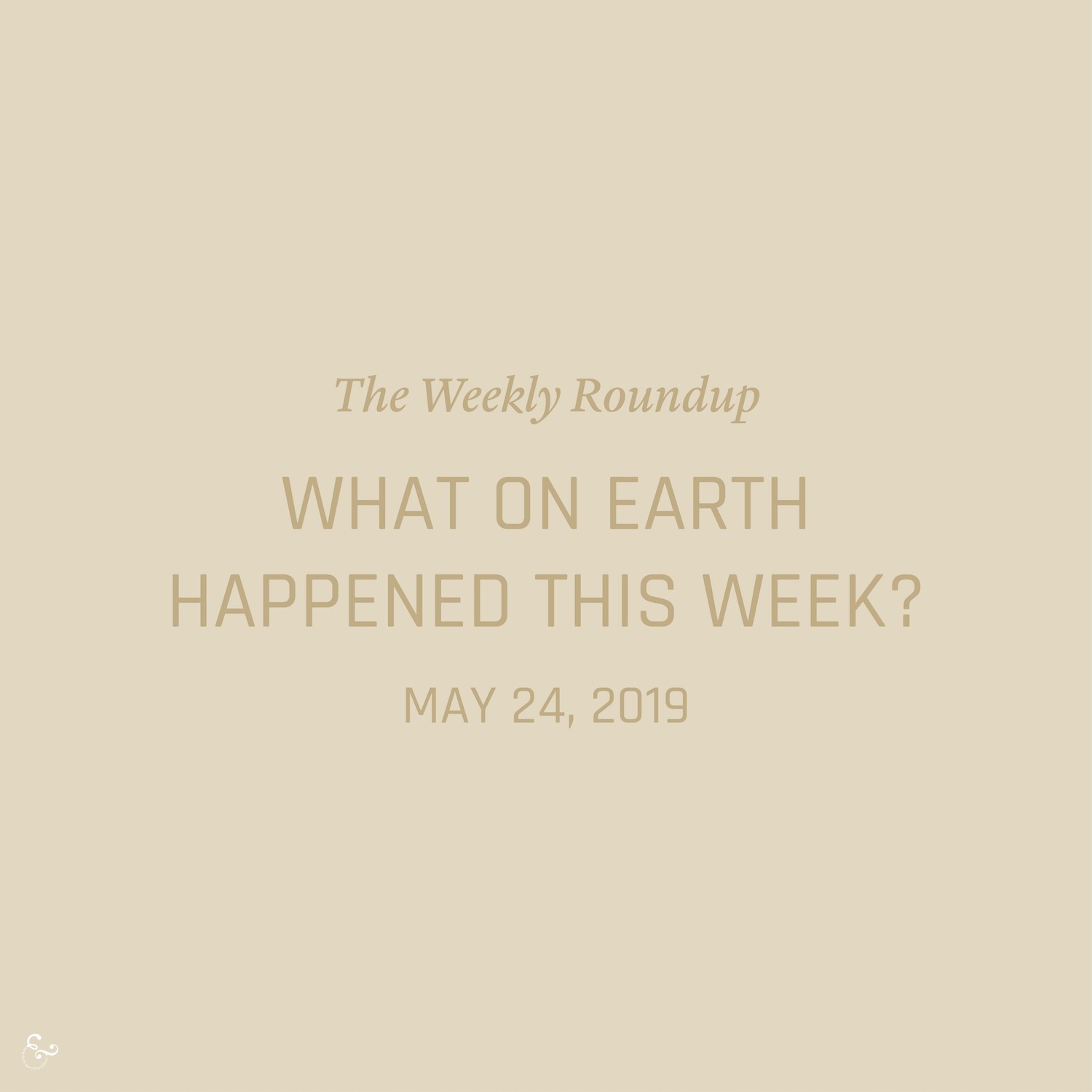