1/ Deforestation of the Amazon has increased by 20% in the past year, according to a non-governmental group that has been monitoring the rainforest for two decades. Uncontrolled logging and land invasion has been blamed by analysts for much of the loss, some of which occurred in protected areas and Indigenous reserves. The group’s monitoring year begins with August, to match Brazil’s dry season, when logging rates are usually at their highest. (Independent)

2/ Malaysia’s last male Sumatran rhino has died. Only one female of the critically endangered species remains in the country. Wildlife experts estimate that only about 30 to 80 Sumatran rhinos remain in the world, mostly on the Indonesian island of Sumatra and on the Indonesian side of Borneo. (The Guardian / Smithsonian / Mongabay)

3/ Australia has just recorded its warmest start to a year, while the national water storage has fallen to its lowest level in five years at just 46.4% of capacity. This comes after the hottest Summer on record. Sydney water restrictions start from this weekend, and all capital city water storages are down from a year ago, bar Perth. The New South Wales total of 24.9% is the lowest of all states and territories. The Bureau of Meteorology’s latest outlook, released Thursday morning, suggests a drier-than-average winter is likely for much of eastern Australia and parts of the south. (ABC / WEF)

4/ In the next few months, the White House will complete the rollback of the most significant federal effort to curb greenhouse-gas emissions, initiated during the Obama administration. The administration has ordered federal agencies to stop publishing worst-case scenario projections of climate change and not calculate beyond 2040 (when most of the impacts occur). It will expand its efforts to impose Mr. Trump’s hard-line views on other nations, building on his retreat from the Paris accord and his recent refusal to sign a communiqué to protect the rapidly melting Arctic region unless it was stripped of any references to climate change. Trump has pushed to resurrect the idea of holding public debates on the validity of climate science. This summer, the EPA is expected to finalize the legal rollback of two of President Barack Obama’s most consequential policies: regulations to curb planet-warming pollution from vehicles and power plants. (NYT / The Guardian)

5/ Climate change is causing mass ‘die-offs’ in seabirds such as puffins. The death of thousands of tufted puffins in the Bering Sea may have been partly caused by the climate breakdown, according to a study. Between 3,150 and 8,500 seabirds died over a four-month period from October 2016, with hundreds of severely emaciated carcasses washed up on the beaches. (The Conversation / The Guardian

6/ The endangered North Atlantic right whale faces increased odds because its main food supply has shifted due to ocean warming, according to new research. As the food supply moved in response to ocean warming so did the whales, apparently putting them closer to shipping lanes and fishing locations. (The Guardian)

7/ The Arctic is under increasing environmental pressure as China and Russia partner up. Russia launched the world’s largest nuclear-powered icebreaker on Saturday as the country responds to the commercial opportunities presented by melting Arctic sea ice. More than 3,000 miles from home, Chinese crews have been drilling for gas beneath the frigid waters of the Kara Sea off Russia’s northern coast. Every summer for the last five years, Chinese cargo ships have maneuvered through the ice packs off Russia’s shores — a new passage that officials in Beijing like to call the Polar Silk Road. The Arctic holds oil and gas reserves equivalent to 412 billion barrels of oil, about 22% of the world’s undiscovered oil and gas, the US Geological Survey estimates. The Arctic is warming twice as fast as the global average, with the average extent of Arctic sea ice reaching a new low this April. (Independent / NYT)

8/ Methane is being released faster than ever, posing new threat to Paris climate goals. Rising emissions from tropical regions possibly due to climate feedback loop. NOAA found increasing amounts of the potent greenhouse gas were coming from the tropics. They are uncertain about the source but believe it is likely to be due to microbial changes in methane-belching tropical wetlands. They believe warmer temperatures could be causing them to emit more methane than ever before. The NOAA data show that methane concentrations have been accelerating, with the growth rate jumping 50% in the 2013-2018 period, compared with the 2007-2012 period. Methane levels have been climbing much more steeply than climate experts anticipated. (Independent / Financial Times / Grist)

9/ A new report, published on Thursday in the journal Science, found that the pace of proposed rollbacks in the US has accelerated, with 90% having taken place since 2000. Nearly all of those proposals (99%) were associated with industrial-scale development projects, including infrastructure construction and oil and gas extraction. The report specifically calls out Donald Trump’s downsizing of Bears Ears and Grand Staircase-Escalante national monuments. (The Guardian)

10/ Green parties have picked up many more seats in the EU elections. The result gives them every chance of becoming kingmakers in a newly fragmented parliament. The Greens’ surge was strongest in Germany. Despite the Greens’ rise, they remain a relatively small group. Their influence will depend on their ability to reach compromises with other parties when necessary – and to know when to pick their battles.  (The Conversation / The New Yorker / Washington Post / The Guardian)

11/ A major U.N.-backed report says that nature on Indigenous peoples’ lands is degrading less quickly than in other areas. Conservation experts say the world should not only draw lessons from those and other local communities’ environmental stewardship but that scientists and policy makers need to support and partner with them in order to stem the tide of biodiversity loss. (Scientific American)

12/ In a week where Malaysia has annoyed they will be sending 3,000 tonnes of rubbish back to the developed country of origin, starting with sending up to 100 tonnes of plastic waste back to Australia, the Phillipines have resolved a long standing issue, shipping 69 containers back to Canada. The dispatch of the Canadian rubbish, which had been sitting in two Philippine ports since 2013 and 2014 while Canada refused to acknowledge the issue, was a cause for celebration in the Philippines. (The Guardian / The Guardian 2)

13/ The Duke of Burgundy butterfly is back from the brink – and the work to conserve it has helped other declining species. The effort to save the Yorkshire dukes began in the early 00s, with areas of hawthorn scrub cleared from steep-sided valleys to create a mosaic of suitable cowslip-rich grassland. The key was to connect existing habitat to new areas. Volunteers have also been crucial, monitoring numbers to show where the management is working and where it isn’t. (The Guardian)

14/ Four billion trees, equivalent to 40 per person in Africa’s second most populous nation, will be planted across Ethiopia to fight deforestation. The ambitious campaign is an effort to improve the barren rural landscape and leafless cities where tree cover has fallen from 35% in the early 20th century to 13% today. Ethiopia has in recent years have suffered from the negative impact of climate change especially in relation to droughts in parts of the country. Reports indicate that in 2017, over 2 million animals died in Ethiopia due to drought because of the scarcity of rainfall. (The Times / Africa News) 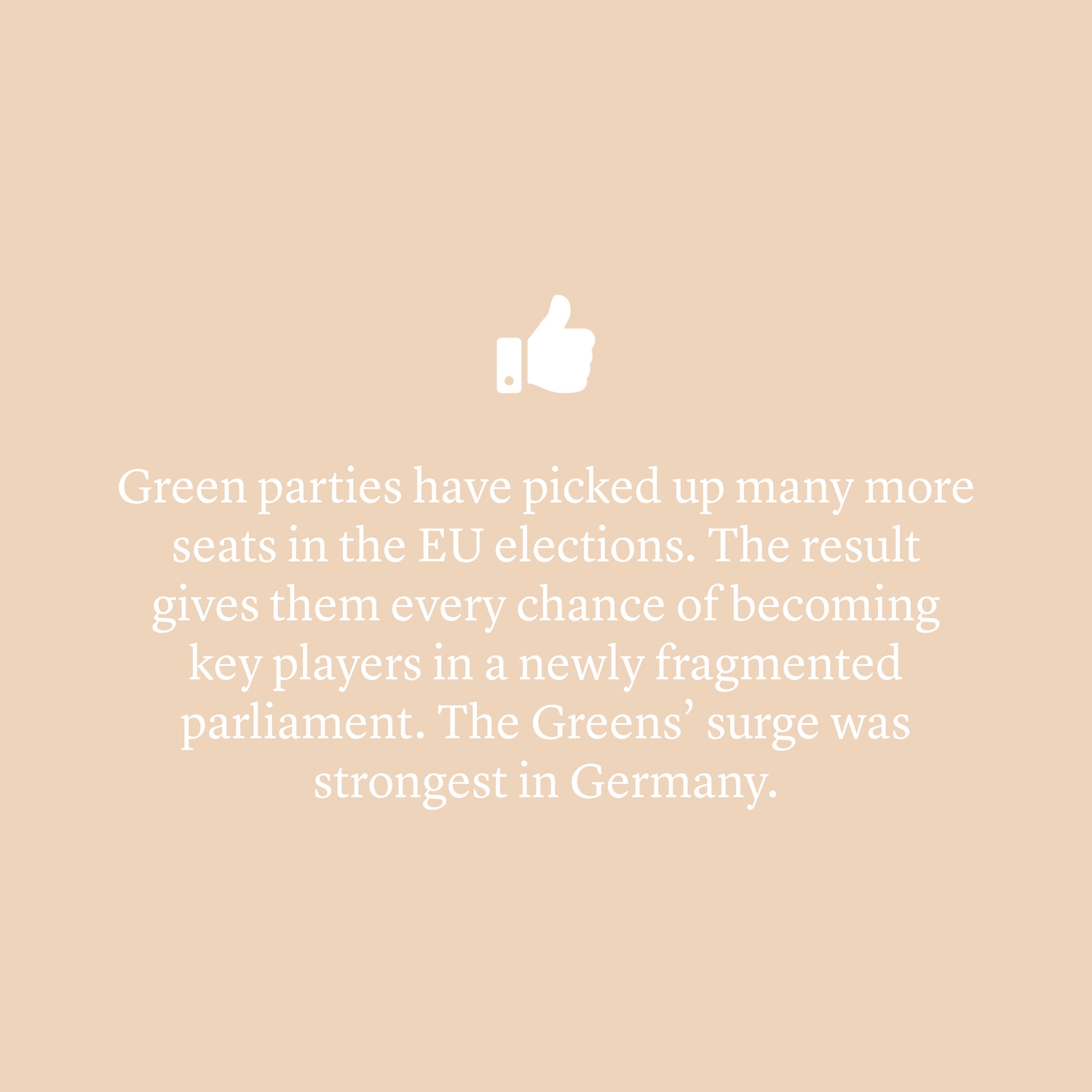 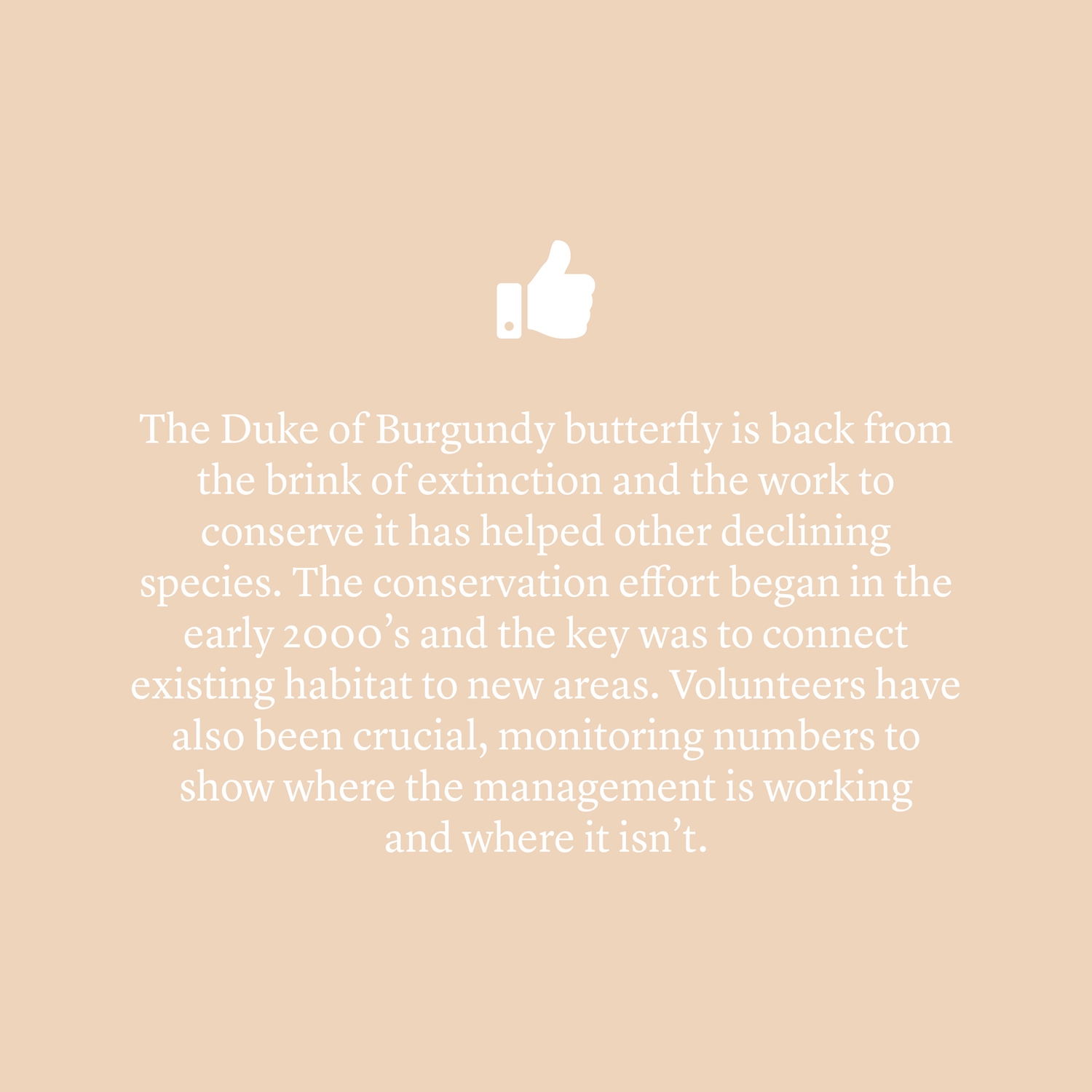 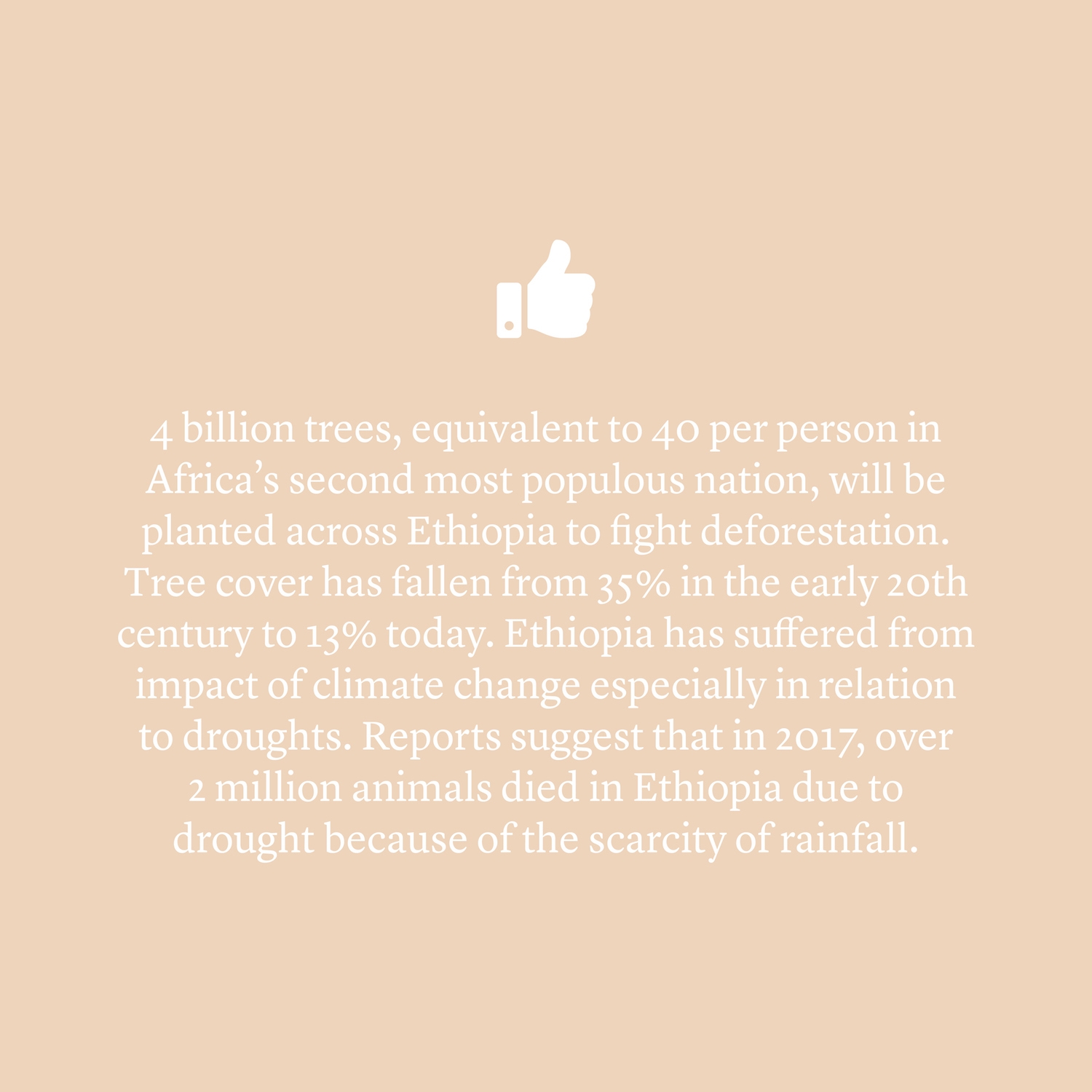 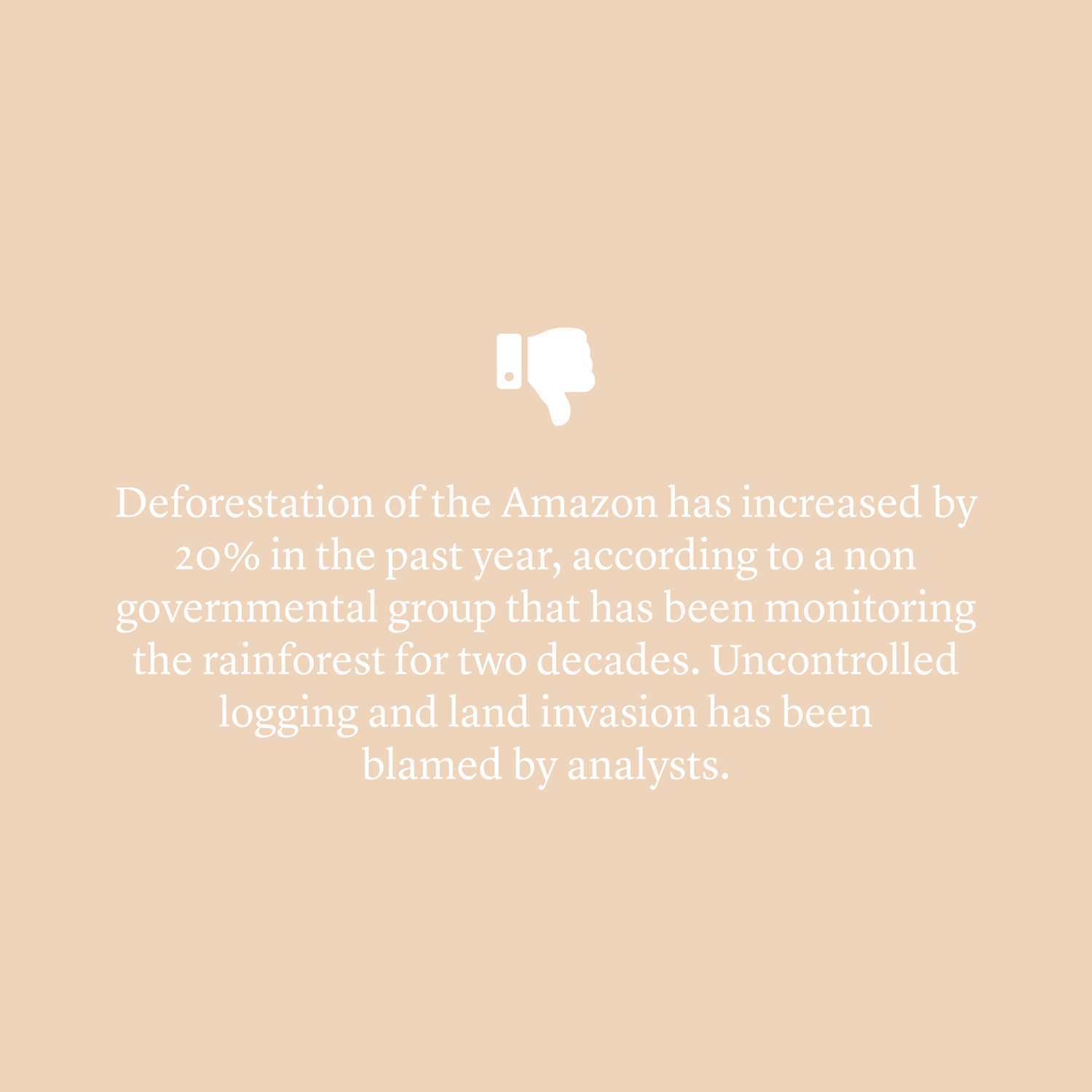 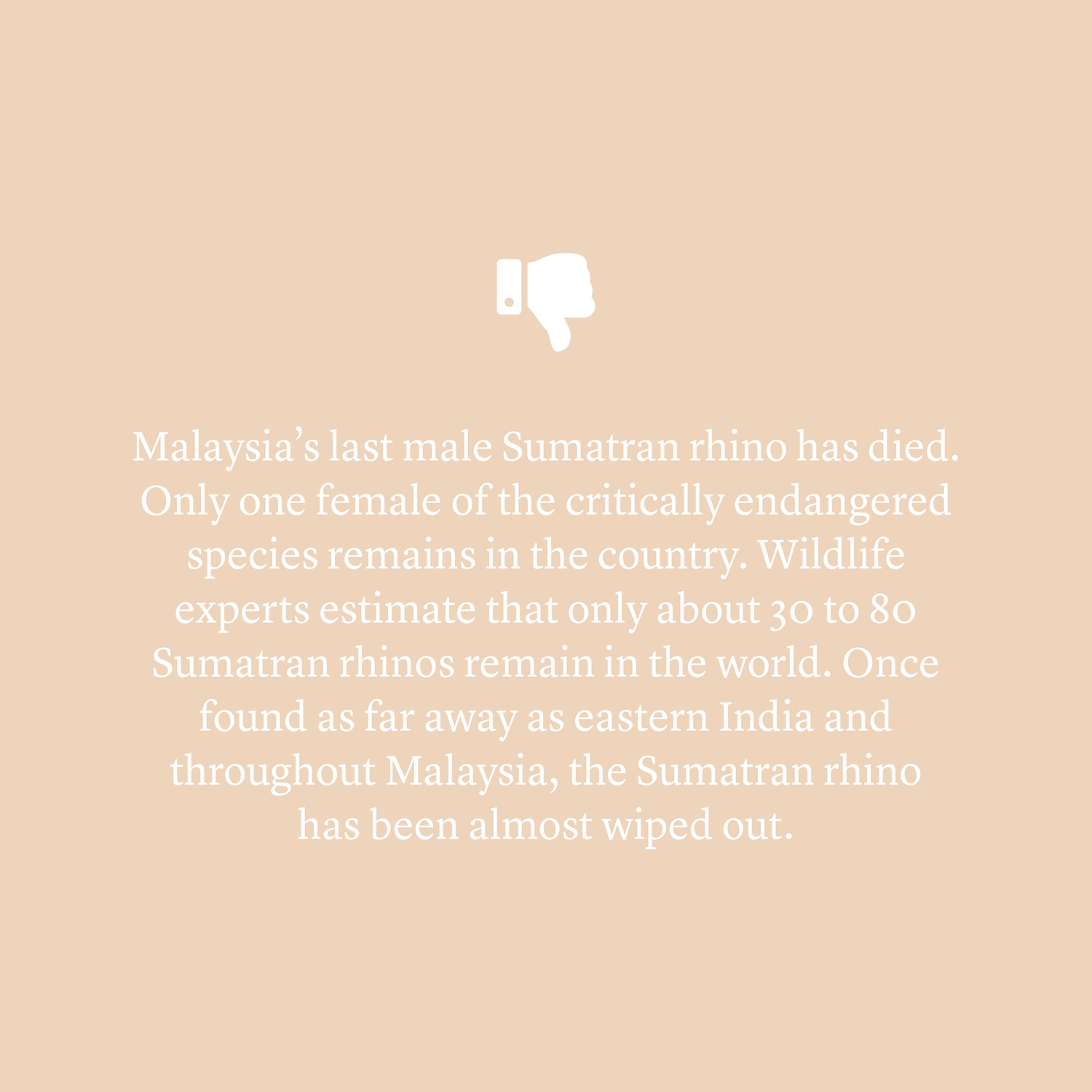 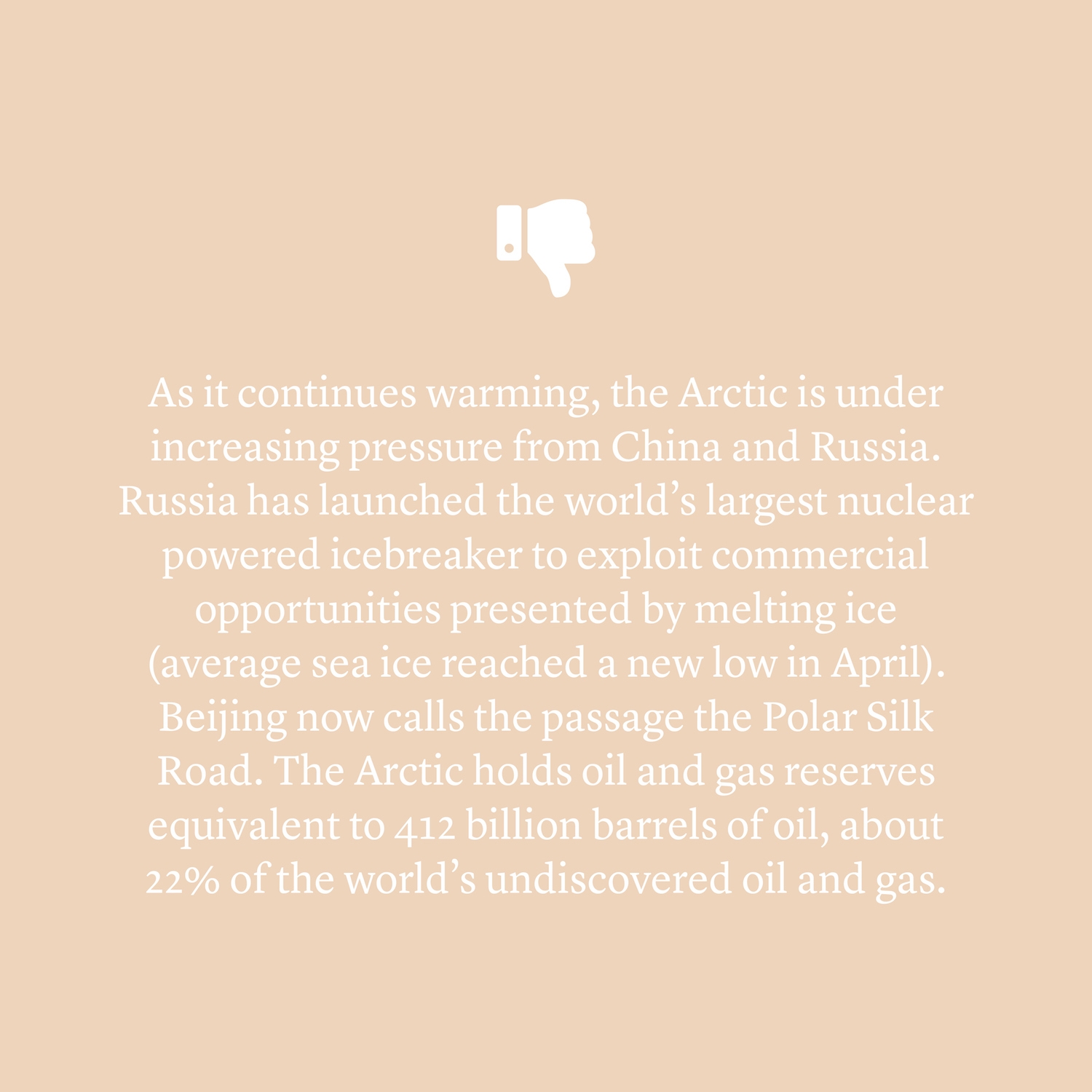 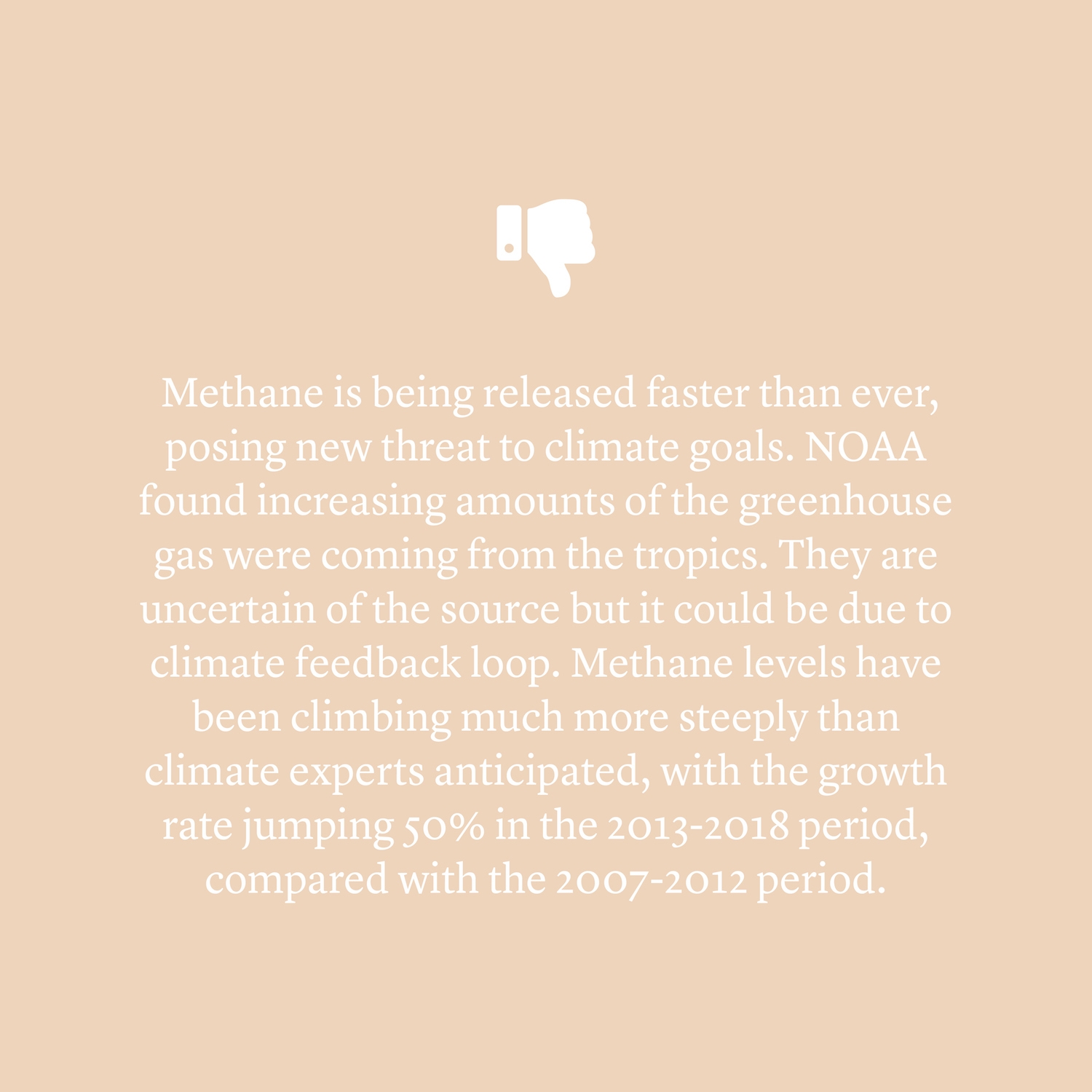 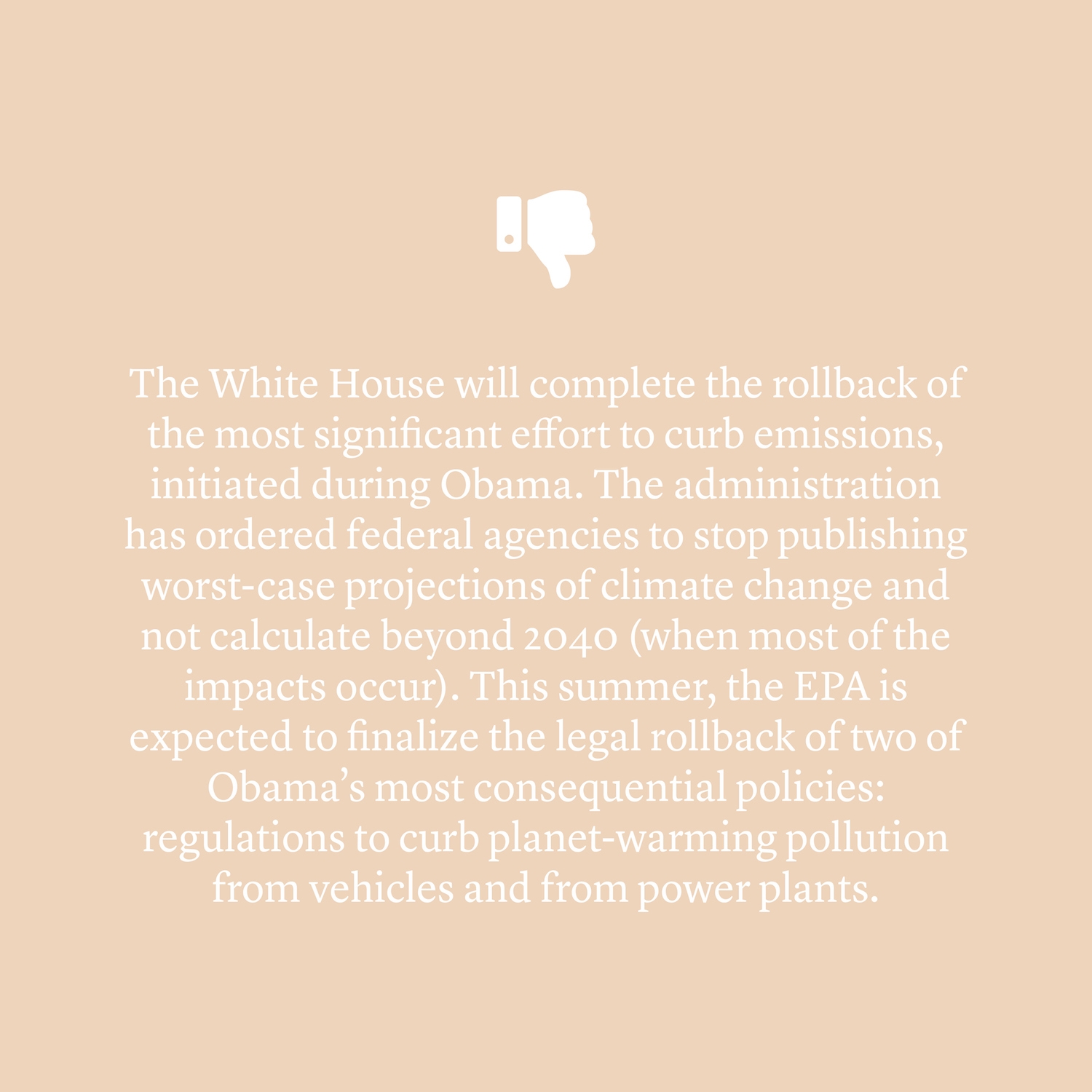