1/A new report by the WWF finds 60% losses in vertebrate populations since 1970. Mass wildlife loss caused by human consumption. Between 1970 and 2014, vertebrate – mammal, fish, bird, amphibian and reptile – population sizes have been reduced by 60%. South and Central America have been hit particularly hard, suffering population declines of 89%. (The Conversation / BBC)

2/ China reverses ban on wildlife body parts for medical and cultural use. China unveils rules that will allow the use of rhino horn and tiger parts for some medical and cultural purposes, watering down a decades-old ban in a move conservation group WWF said could have “devastating consequences”. That could spell game over for the world’s 30,000 remaining rhinos and 4,000 remaining tigers. (Time / BBC)

3/ There is seemingly no limit to the fossil fuel money that will fight decarbonization. The latest report from the Intergovernmental Panel on Climate Change (IPCC) makes it vividly clear that averting catastrophic climate change means rapidly reducing the use of fossil fuels, getting as close to zero as possible, as soon as practicably possible. Big Oil however is using brute financial force to kill 2 state sustainability initiatives in Washington and Colorado. Donations and in-kind contributions have come from BP ($9.5 million), Valero, and, of course, Koch Industries to ensure these measures don’t go through. (Vox)

4/ Global hunger for soybeans destroying Brazil’s forests. The Cerrado savanna is an area in Brazil the same size as Western Europe. It’s one of the most biodiverse places in world – 40% of animal and plant species there can be found nowhere else on the planet. An area the size of Greater London disappeared every two months between 2013 and 2015. (BBC)

5/ Far-right nationalist Jair Bolsonaro is now president-elect of Brazil, with potentially dire implications for the Amazon. Mr. Bolsonaro has promised to champion opening up more forest to produce the beef and soy that the world demands. He has also said he would scrap the Environment Ministry, which is mandated to protect the environment, and instead fold it into the Agriculture Ministry, which tends to favor the interests of those who would convert forests into farmland. He has dismissed the idea of setting aside forest land for native Brazilians who have lived in the Amazon for centuries – even though this has proven to be one of the most effective defences of deforestation across the world – saying, “Where there is indigenous land, there is wealth underneath it.” Brazil is the world’s sixth-largest emitter of greenhouse gases. Our note: this is an environmental catastrophe of Trump like proportions. (NYT)

6/ Just 20 countries are home to 94% of the world’s remaining wilderness, excluding the high seas and Antarctica, according to our new global wilderness map. A century ago, wilderness extended over most of the planet. Today, only 23% of land – excluding Antarctica – and 13% of the ocean remains free from the harmful impacts of human activities. Our planet faces not just a species extinction crisis, but also a wilderness extinction crisis. Once lost, our wild places are gone forever. This may be our last opportunity to save the last of the wild, we cannot afford to miss it. (Nature / The Conversation) 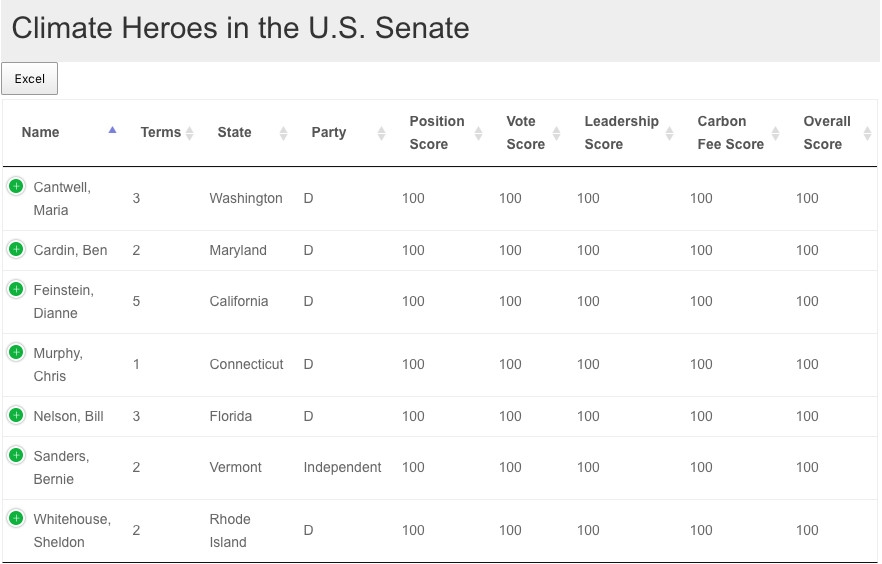 This coming week is one of America’s most important elections in recent memory – the midterms. Climate change is on the ballot. This group is helping voters make sense of which candidates take climate change seriously. The guide to House and Senate races scores candidates on their positions on climate change and a carbon price. (Vox / Vote Climate PAC / NYT)

7/ The world’s top fishing nations to be given millions to protect oceans. Bloomberg Philanthropies is launching a major grant for coastal communities to improve the health of oceans. Millions of pounds’ worth of funding to tackle global overfishing and protect coral reefs will be announced at a major conference in Indonesia this week. (The Guardian)

8/ Prime Minister Justin Trudeau has announced that under the Greenhouse Gas Pollution Pricing Act, Canada will implement a revenue-neutral carbon tax starting in 2019. The federal carbon pollution price will start low at $20 per ton in 2019, rising at $10 per ton per year until reaching $50 per ton in 2022. The carbon tax will stay at that level unless the legislation is revisited and revised. Canada’s Paris commitment requires cutting its carbon pollution by 30% below 2005 levels by 2030. The carbon tax is an important policy to close that gap. 90% of the revenues generated will be returned to households not government in a move that sees households gain net benefits (offsets are higher than any increased costs due to the tax). (The Guardian)