1/ Record absence of ice after freak warm spells denies pregnant polar bears birthing dens and triggers ‘extirpation event’ (local species extinction) warning. The delayed formation of sea ice during autumn has worried biologists, who fear it may be approaching faster than forecast for the most affected populations. In Svalbard, Norway, the waters have half the average ice for this time of year. “If this continues, there’ll be a threshold where it will be hard for the bears to reproduce. Things can happen fast. I’m not optimistic about whether the bears will survive. If the sea ice disappears, then so will the bears.” An ice-free Arctic is forecast by about 2040. (The Guardian)

2/ CO2 emissions have risen for first time in four years. Global efforts to tackle climate change are way off track says the UN. Initial reports suggest in 2018 this trend will continue. To meet the goals of the Paris climate pact, the study says it’s crucial that global emissions peak by 2020. But the analysis says that this is now not likely even by 2030. Right now, the world is heading for a temperature rise of 3.2C by the end of this century. (Independent / BBC / UN)

3/ With direct language, a new assessment issued by 13 federal agencies mandated by Congress, lays out the devastating effects of a changing climate on the economy, health and environment, including record wildfires in California, crop failures in the Midwest and crumbling infrastructure in the South. More and more of the predicted impacts of global warming are now becoming a reality. Things are already bad. They are already getting worse. This report reveals  that we’re not doing nearly enough to stop things from getting apocalyptic. Even 2C warming is likely to have major ramifications for societies. By the end of the century, warming on our current trajectory would cost the US economy upward of $500 billion a year in crop damage, lost labor, and extreme weather damages. This is almost double the economic blow of the Great Recession in the early 2000s. Trump asserted that he had “very high levels of intelligence,” and as such, did not believe in the scientific consensus surrounding climate change. (The Guardian / NYT / Vox / Independent / BBC / NYT 2)

4/ Australia has been named as one of the worst performers among a group of 100 nations due to the absence of biodiversity measures in climate change commitments in new WWF report. Australia is failing to meet international targets to protect nature in parts of the country where land clearing and habitat destruction are widespread, according to data in a major new United Nations report.  The report showed that Australia was “far from meeting” international targets that require countries to develop well-connected and ecologically representative protected areas for nature. (The Guardian / The Guardian 2)

5/ Brazil has released its worst annual deforestation figures in a decade amid fears that the situation might worsen when the avowedly anti-environmentalist president-elect Jair Bolsonaro takes power. In the year to July 2018, 7,900sq kms were deforested, according to preliminary figures from the environment ministry based on satellite monitoring – a 13.7% rise on the previous year and the biggest area of forest cleared since 2008. The area is equivalent to 987,000 football pitches – an area roughly five times the size of London. As more and more of the Amazon is cut down, the world’s greatest forest is now getting close to the “tipping point” – after which experts fear it could disappear. (The Guardian / BBC)

6/ The world’s fastest shark speeding toward extinction. The shortfin mako is at risk due to failure to halt overfishing, with EU ‘most to blame’. The shortfin mako is fished worldwide but is not subject to any international fishing quotas. It is considered exceptionally vulnerable in the North Atlantic. (The Guardian)

7/ ‘World’s worst environmental disaster’ set to be repeated with controversial new dam in Africa. Encompassing swathes of Ethiopia, South Sudan and Kenya, the Omo-Turkana Basin is one of the oldest landscapes in the world that is known to have been inhabited by Homo sapiens and is now one of the world’s most extraordinary examples of ethnic diversity.  Its development policies are not only transforming landscape and heritage but destroying complex systems of sustainable living that have endured for millennia. The huge injustice of all this is that the ecological costs will be borne by local communities while the profits will be enjoyed by central and international corporations. On the banks of the ancient Omo River a Mursi elder implored me to “tell our story so that others might know us before we are all dead in the desert”. (The Conversation) 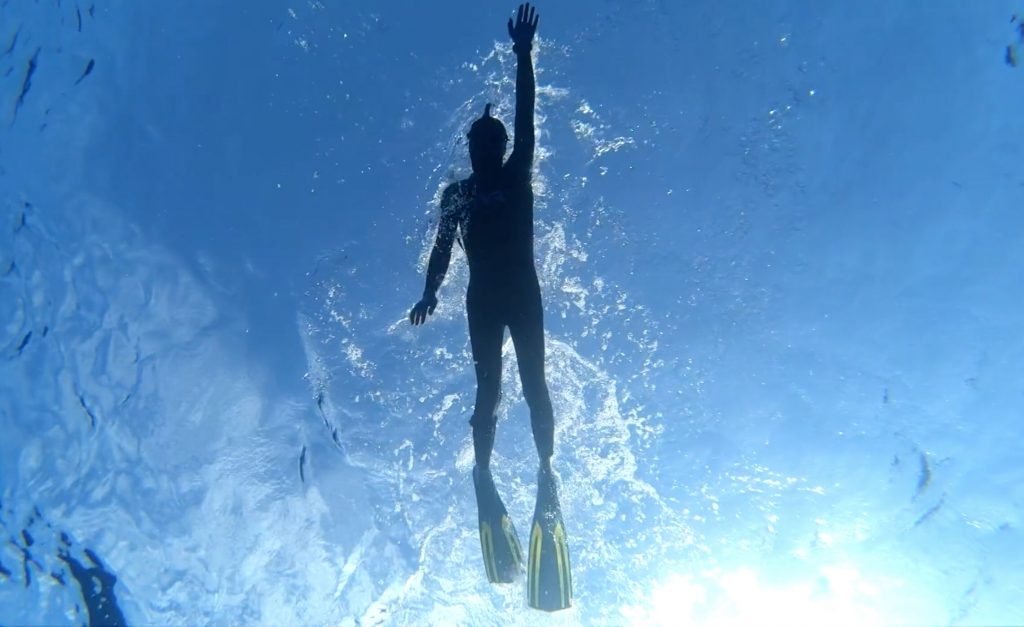 We’ve been following along with Ben LeComte each day as he attempted to cross the Pacific to raise awareness of plastics. It has been fascinating. Unfortunately he had to stop this week due to weather. They have been collecting data on plastic pollution & micro plastics in the ocean whilst removing a whole lot of it too. (The Guardian / Ben LeComte)

8/ Patagonia plans to donate $10 million in saved taxes from the Trump corporate cuts to environmental causes. Patagonia’s CEO, Rose Marcario, called the tax cuts “irresponsible” and slammed climate change denial at the highest levels of government as evil.  “We recognize that our planet is in peril. We are committing all $10 million to groups committed to protecting air, land and water and finding solutions to the climate crisis. We have always funded grassroots activism, and this $10 million will be on top of our ongoing 1% for the Planet giving.” (Huffington Post)

9/ Scientists are undertaking the largest and most complicated coral regeneration attempt ever undertaken on the Great Barrier Reef in an unprecedented new project that could help save dying coral reefs across the globe. The project has been dubbed by some as ‘IVF for the Great Barrier Reef’. We are going to try on a large scale to capture literally millions of eggs and sperm during the coral spawning event.  Scientists will grow the tiny corals in the floating booms for about a week and when the larvae were ready they would be introduced onto the most damaged parts of the reef. (ABC)

10/ The European Union says it is aiming to become the first major economy to go “climate neutral” by 2050. National governments will have to agree a final approach next year. That will be submitted to the United Nations in 2020.  (BBC / Independent / Washington Post)

11/  Inspired by Greta Thunberg, a 15-year-old girl in Sweden, and frustrated by their government’s failure to act on climate change, thousands of Australian students quit school for a day to protest instead. As wildfires raged across the country, a heat wave again threatened the Great Barrier Reef and a mining giant announced it would push ahead with a huge coal project, thousands of students across Australia quit school for the day on Friday to protest government inaction on climate change. Our note: This is uncommon for Australia to see such a level of activism and it’s exciting. (NYT)