1/ Huge reduction in meat-eating essential to avoid climate breakdown. Major study also finds huge changes to farming are needed to avoid destroying Earth’s ability to feed its population. In western countries, beef consumption needs to fall by 90% and be replaced by five times more beans and pulses. Food production already causes great damage to the environment, via greenhouse gases from livestock, deforestation and water shortages from farming, and vast ocean dead zones from agricultural pollution. The new research, published in the journal Nature, is the most thorough to date and combined data from every country to assess the impact of food production on the global environment. (The Guardian)

2/ Plastic pollution has increased a hundredfold in the South Atlantic. Thirty years ago, the ocean waters surrounding British islands in the South Atlantic were near-pristine. It is entering the marine food chain, which most humans on the planet depend on. (Huffington Post)

3/ In Puerto Rico’s rainforest, scientists have observed an astounding loss of life at the very base of the food web. It’s the insects. The researchers note that this loss of invertebrates — which serve as food for many other forms of life in the ecosystem — has also coincided with losses of birds, lizards, and frogs. A 2017 study in Germany noted a 75 percent decline in flying insects over three decades. “The widespread insect biomass decline is alarming.” (Vox)

4/ More than 300 mammal species have been eradicated by human activities, say researchers. Humanity’s ongoing annihilation of wildlife is cutting down the tree of life, including the branch we are sitting on, according to a stark new analysis. Even if the destruction of wild areas, poaching and pollution were ended within 50 years and extinction rates fell back to natural levels, it would still take 5-7 million years for the natural world to recover. (The Guardian / Independent)

5/ As drought and unpredictable rain forces indebted farmers off their land, whole families are paying the price as bonded labourers in the brickmaking industry. This is how climate change is trapping Cambodians in modern slavery. (ABC)

6/ Untouched Pacific island forests could be destroyed within 20 years due to unsustainable logging. While the Solomon Islands are marketed as a pristine tropical idyll, our investigation shows that the reality is very different. (Independent)

7/ Scientists have warned that an ancient forest widely considered the largest single living thing in the world is dying, despite efforts to preserve it. Thought to be up to 80,000 years old, the colony known as the “trembling giant” is a contender for the oldest organism as well as the heaviest and largest. The forest has gradually thinned as humans expanded into it, cutting down areas that have never properly recovered. (Independent) 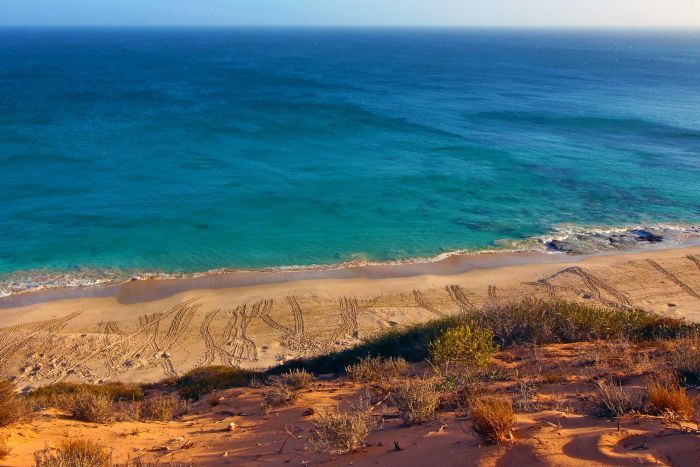 Dirk Hartog Island off Western Australia’s northern coast is the site of one of the world’s largest ecological restoration projects, which aims to return the isle to what it was before Dutch explorers first landed there in 1616. It was not until almost 100 years later, in 1772, that French explorers would also stumble across the island, and in 1869 established a flock of sheep. The long-term goal for this project is to recreate the ecosystem that was once there on the island prior to the land practices that we introduced once it was settled. (ABC)

8/ The UK is continuing to step towards net-zero carbon. The government is formally seeking Committee on Climate Change guidance about how and when to make this leap. If it happens it would mark an extraordinary transformation of an economy built on burning fossil fuels.

9/ Puffin patrol: The children saving Iceland’s pufflings. Puffins are now an endangered species, and important populations in Iceland are disappearing, but some young volunteers are coming to their rescue. (BBC)

10/ Scottish Power becomes first major UK energy company to generate all electricity from wind. It plans to invest £5.2bn over the next four years to more than double its renewable capacity. (Independent)

“We know food choices are very personal, and that behaviour change can be difficult to encourage, but the evidence is now unequivocal – we need to change our diets if we are to have a sustainable future. The fact that it will also make us healthier makes it a no-brainer.”
Prof Peter Smith at the University of Aberdeen