Saudi Aramco / Saudi Aramco, the most profitable corporation in the world closely held by the Saudi royal family, released more than 40 billion metric tons of greenhouse gases between 1992 and 2017, the equivalent of almost 5 percent of industrial carbon dioxide and methane. It has now launched a rebranding effort that positions the firm as an environmental leader. But the Saudi oil company’s lofty branding campaign belies a stunning history of undermining action to address the climate crisis, a concerted effort designed to preserve the profits of Aramco. For nearly thirty years, the Saudi delegation has played a deft role in obstructing global efforts to reduce carbon emissions. Aramco earn profits of over $111 billion a year. The bond filing revealed policies that could harm the demand for oil include “carbon emission cap and trade regimes, carbon taxes, increased energy efficiency standards and incentives and mandates for renewable energy.” (The Intercept)

Amazon / Amazon’s CEO, the richest man in the world, unveiled a new set of programs designed to reduce the company’s carbon footprint, including purchasing 100,000 electric trucks from Rivian, a startup the company invested over $400 million in earlier this year. Amazon committed to meeting the goals of the Paris climate agreement net zero carbon emissions by 2040 (including offsets rather than no longer using fossil fuels). The company says it plans to run 80 percent of its “global infrastructure” on renewable energy by 2024, and 100 percent by 2030. The Climate Pledge is neither a greenwash nor a game-changer. It is an important step in Amazon’s transition to a low-carbon company. Amazon needs to put its muscle behind greening the supply chain. Taken together, Amazon’s environmental promises are a start, but only a drop in the bucket of what experts say may be needed to address the climate crisis. Earlier this year, Andrew Jassy, the CEO of Amazon Web Services (AWS), spoke at a fossil fuels conference where he stressed Amazon’s relationship with the industry. Bezos said that Amazon was examining whether its political donations were going to “active climate deniers,” but he didn’t commit to ending future contributions. (QZ / Forbes / Wired)

Plastics / An Australian billionaire is asking household brands to reduce plastic waste by paying a premium for virgin plastics, making recycled products cheaper in comparison. The initiative titled Sea The Future will target big companies that use plastic in their packaging, asking them for voluntary contributions that will raise money for recycling projects. Our note: While the idea of this is to reduce fossil fuels and plastic waste in our oceans, Andrew Forrest is a billionaire thanks to his mining company profits and cattle ranching exports of beef.

If you, friends or family are in Queensland, New South Wales or Victoria, there’s some citizen science you can do the next two weeks.

Each year, from September to mid-October, the tiny and very precious mountain pygmy-possums arise from their months of hibernation under the snow and begin feasting on billions of bogong moths that migrate from Queensland to Victoria’s alpine region. But for the past two springs, moth numbers have collapsed from around 4.4 billion in alpine areas to an almost undetectable number of individuals. This year’s migration of bogong moths to the possums’ alpine home is crucial for the critically endangered mountain pygmy-possums. That’s why we’re asking you to do two simple things: turn off your lights at night, and if you see a bogong moth, take a picture. Read more on The Conversation. 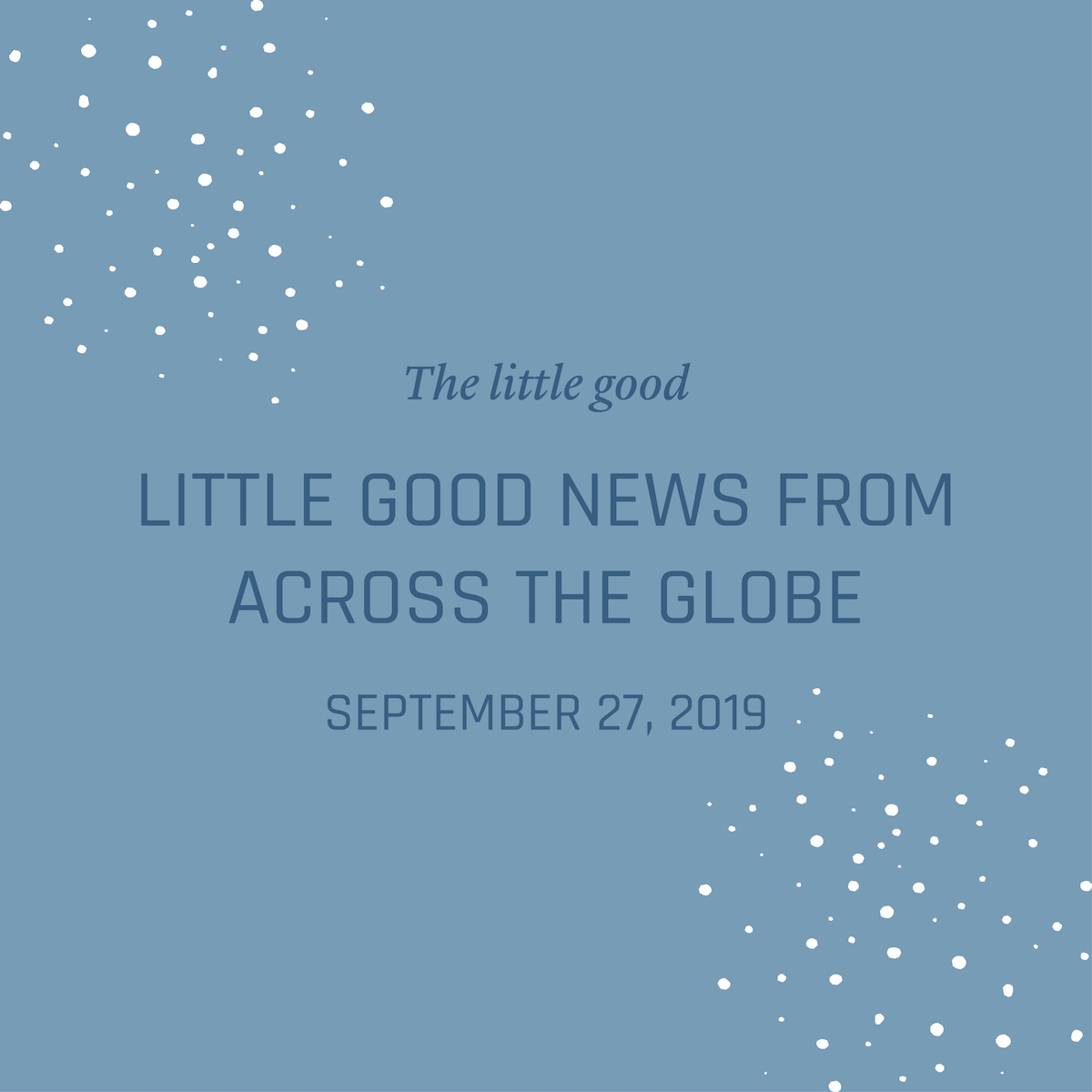 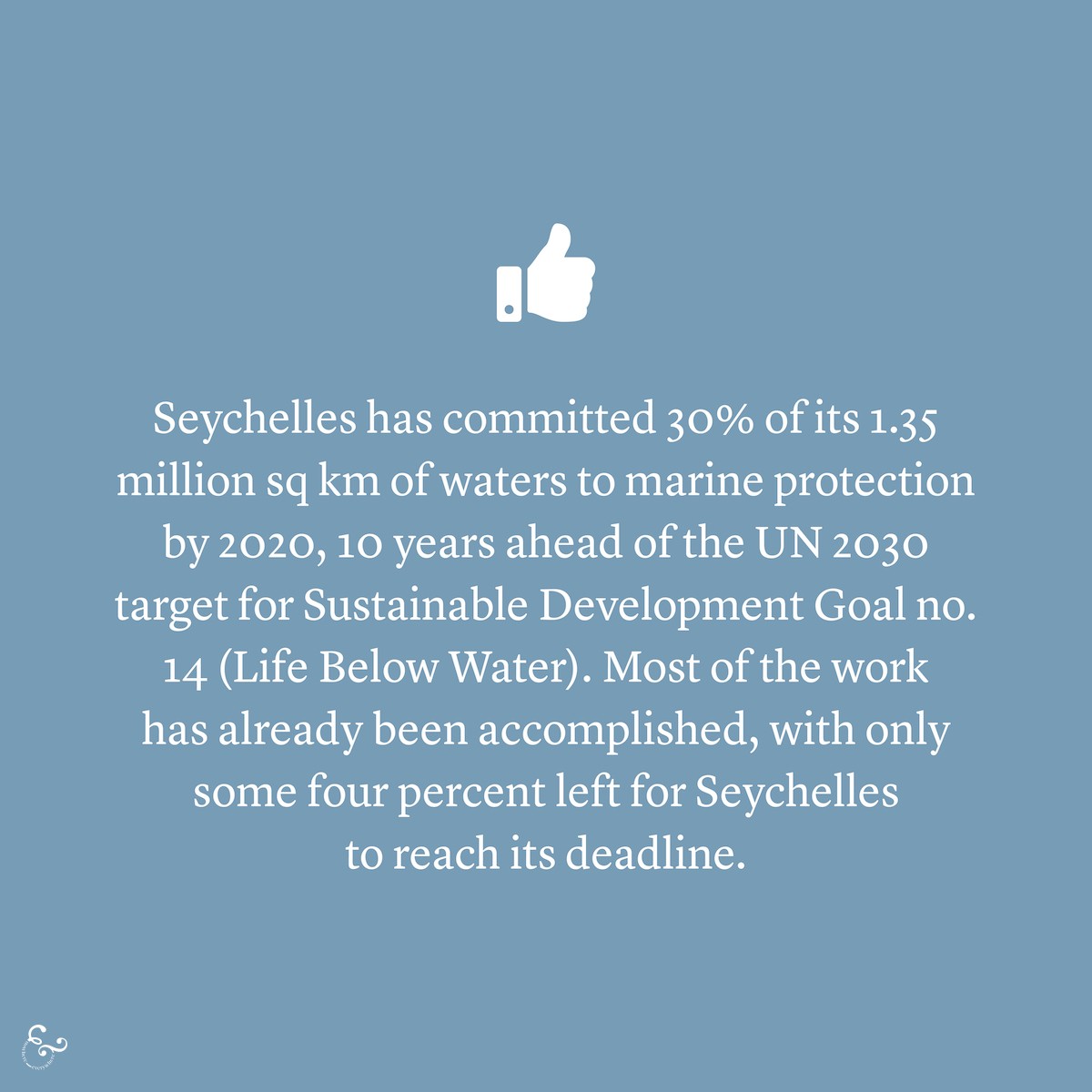 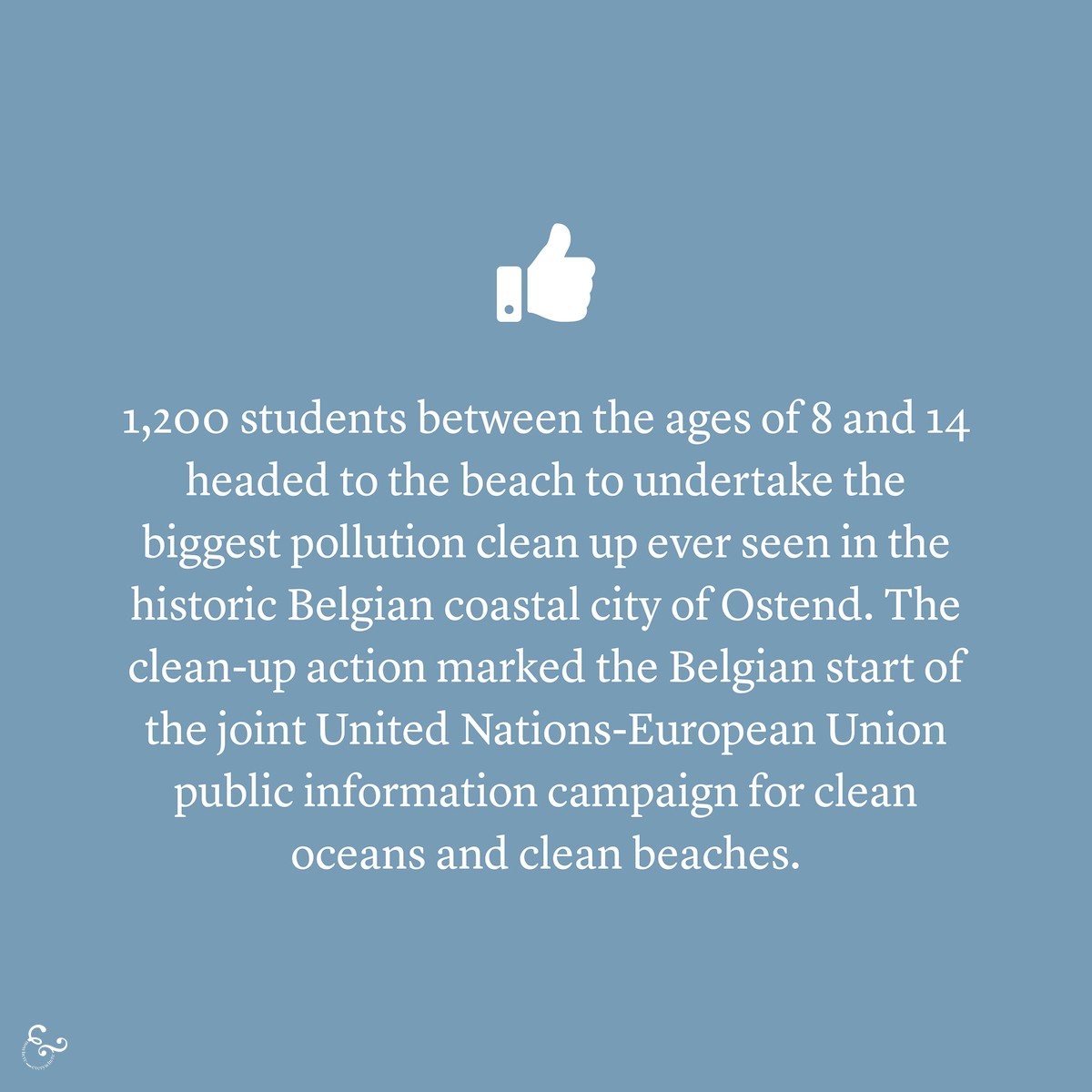 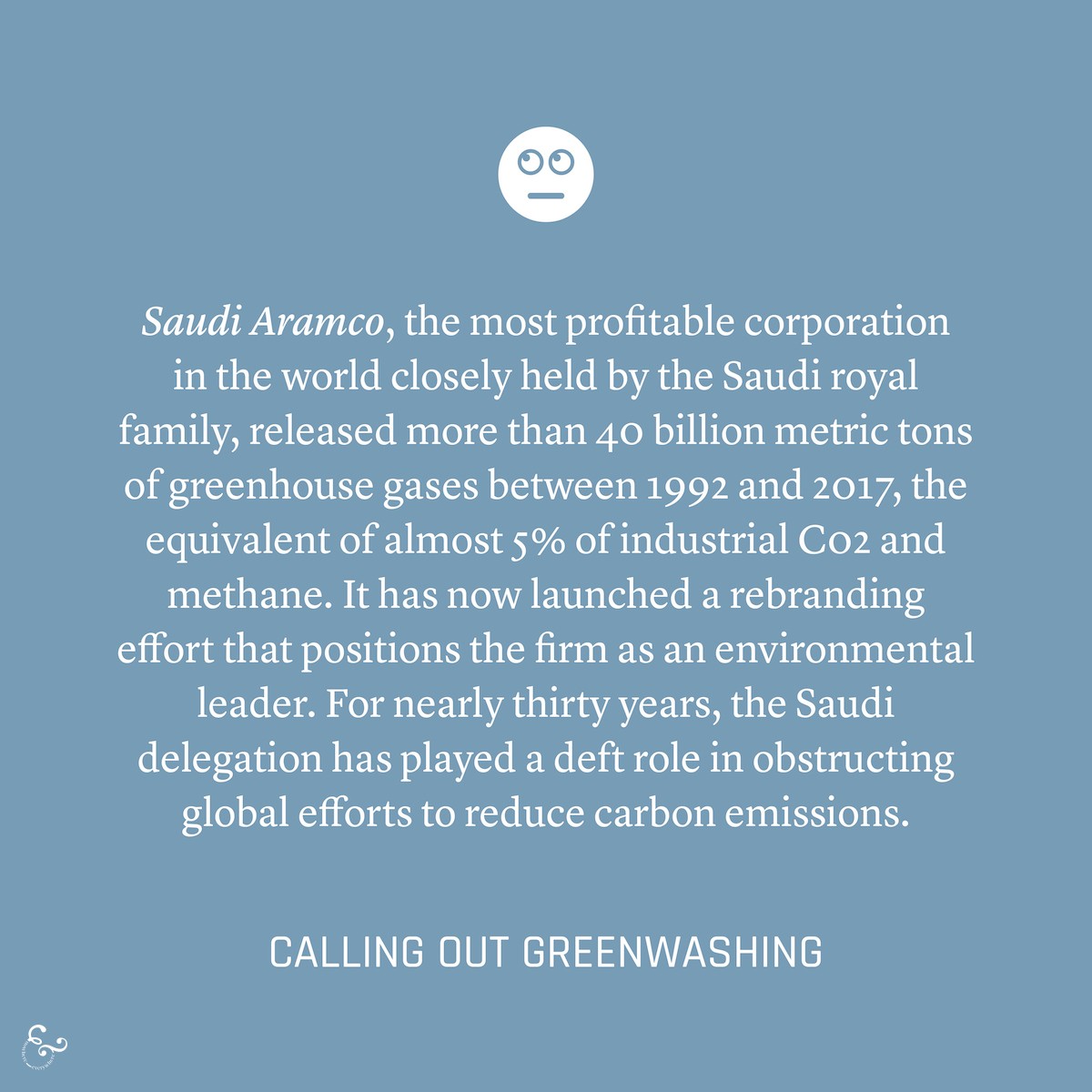 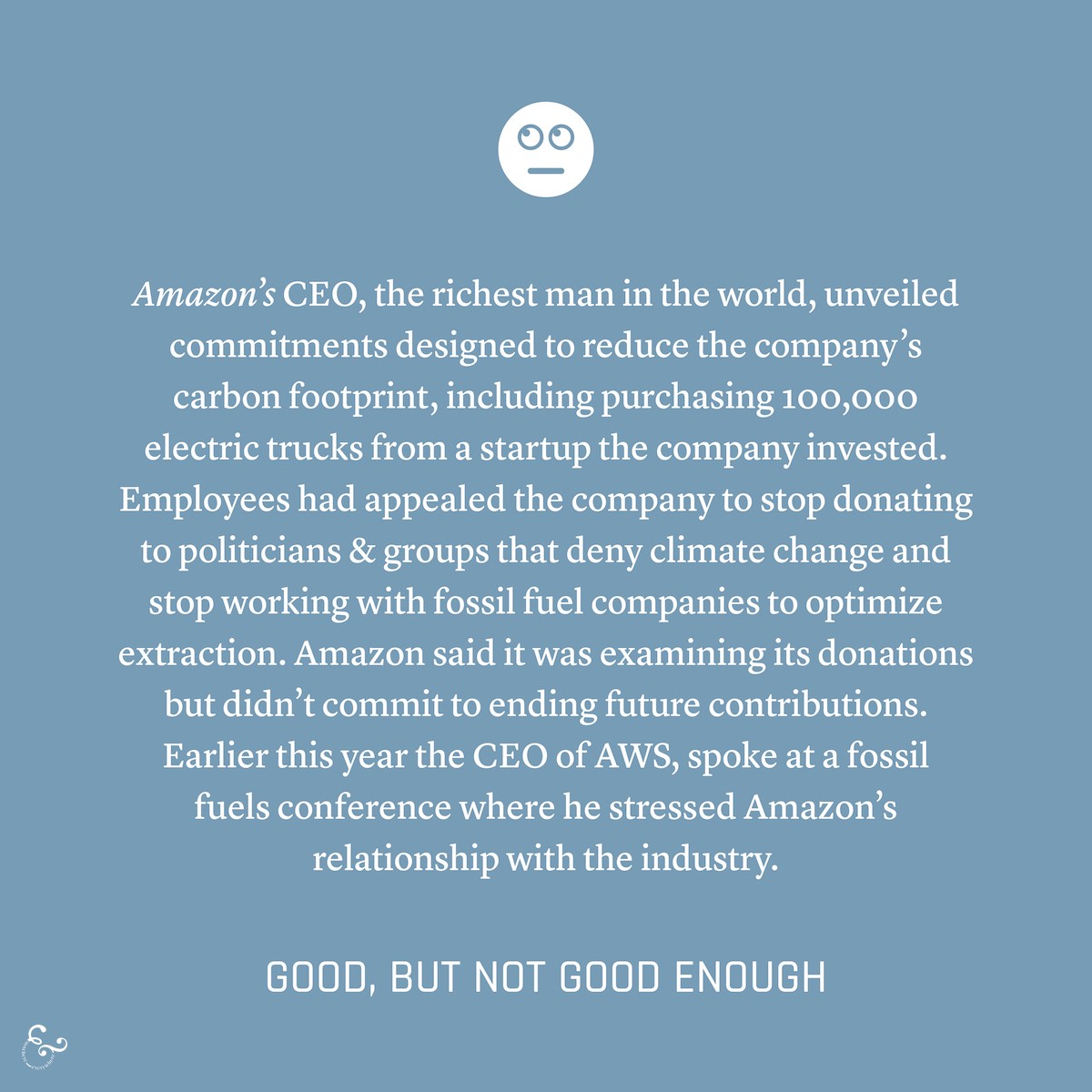 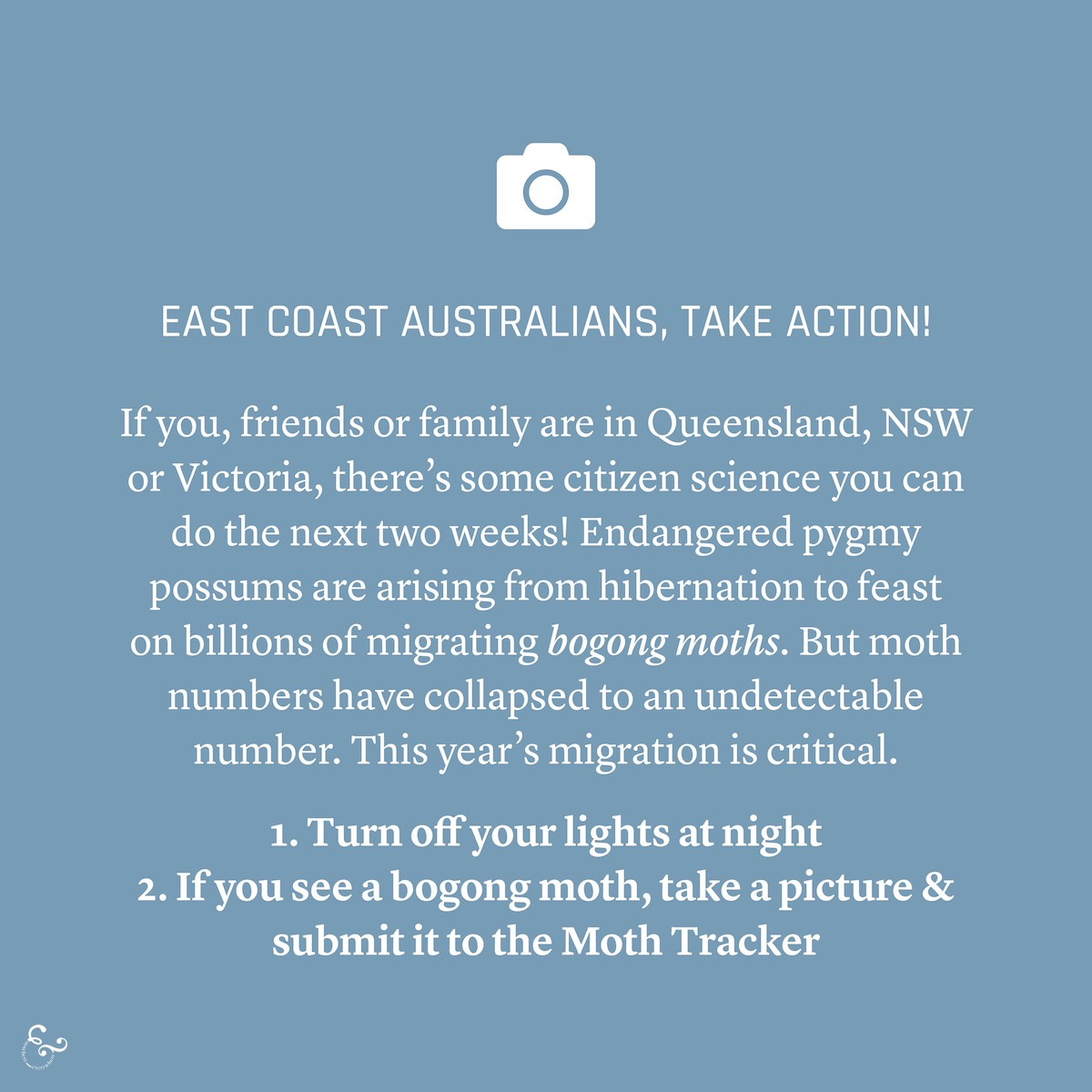