1/ Three US states (Kentucky, South Dakota and West Virginia) have approved anti-protest laws in the last two weeks, with at least six more states (Alabama, Illinois, Minnesota, Mississippi, Ohio and Pennsylvania) set to follow suit. The new laws criminalize protests against ‘critical infrastructure’ such as oil, gas and coal facilities. The move represents an attempt to discourage the sort of civil disobedience that occurred in response to the Dakota Access pipeline, where thousands of Native Americans and water protectors occupied proposed construction sites for months (on Indigenous land). (Huffington Post / Independent)

2/ A new report has rated environmental conditions in Australia in 2019 as at their worst since 2000 and ‘probably the worst in a century’ according to one of the report’s authors. Environmental conditions across 7 indicators, scored 0.8 out of 10, due in large part to last year’s extreme heat and drought conditions exacerbated by global heating. Climate change will continue to cumulatively stress ecosystems and undermine their ability to recover and adapt. (The Guardian / The Conversation)

3/ The sustainability of farmed seafood sold at 10 major UK food retailers has been assessed and found that shoppers are unknowingly consuming 2.5 times more fish than they think. Farmed fish is often marketed as being a more sustainable alternative to wild-caught fish, however it often has a larger environmental impact where the carnivorous farmed species are fed pellets and fish oil made from wild fish. The report found that for every 100g of farmed fish eaten, 172g of wild fish were consumed indirectly. The better seafood choices when not self-sustaining are small, locally hand-line caught white fish or shellfish like mussels and oysters. (The Ecologist / Feedback and the Changing Markets Foundation)

4/ A new report has revealed the enormity of the plastic waste burden in six low-income countries from Coca-cola, PepsiCo, Nestle and Unilever products. The four global companies are responsible for 83 football pitches worth of plastic pollution every day, and in non-industrialized countries that lack waste management systems, most of the plastic is burned. The report estimated this leads to the release of 4.6 million tonnes of carbon dioxide and toxic smoke every year. It reinforces the need for large companies to take responsibility for the full lifecycle of their products, as well as the associated health of communities and the environment. (The Guardian)

5/ Japan, the fifth largest global greenhouse gas emitter has revealed its updated climate plan with an inadequate and ‘shameful’ ambition to meet the goals of the Paris Climate Agreement. In the leadup to the next UN Conference of the Parties, countries were urged to drastically amplify their climate action targets, as the commitments made in 2015 left global temperatures tracking to a 3 degree rise. Japan hasn’t budged on its top-line target to reduce emissions by 26 percent by 2030 from 2013 levels. A recent analysis has shown that targets now need to be at least a 50% reduction if we are to keep global temperature rise below 2 degrees. It is rated as “highly insufficient” by the Climate Action Tracker analysis, meaning that if all targets were at this level, temperature rises would exceed 3C. (The Ecologist / The Guardian / Independent)

6/ The COP26 climate talks scheduled to take place in November will be delayed until 2021 as a result of the coronavirus crisis. This year’s UN conference was crucial to securing drastic global climate action, as emissions must peak this year if global warming is to be limited to 1.5 degrees. At present, countries are way off track to achieve this, and there are widespread concerns that the COVID-19 crisis and the economic stimulus packages to come will derail vital progress on preventing climate breakdown. (The Guardian / Huffington Post)

7/ The Trump administration has struck again, releasing the final version of its rules to roll back Obama-era auto emissions standards which compelled auto companies to produce more fuel-efficient vehicles. The new rule will lower fuel economy standards for vehicles sold in the United States by 14 miles per gallon, resulting in an additional release of nearly 1 billion metric tons of carbon dioxide over their lifespans on the road than they would under the existing rule. The new laws will also mean more money is spent on petrol, and critics argue the move is designed to favour the petroleum industry. (The Guardian / Huffington Post)

8/ After the Great Barrier Reef suffered its third bleaching event in 5 years last month, experts are worried it could be the beginning of a global-scale bleaching event. Of special concern is the fact that this year’s bleaching event covered the entire reef system and occurred without the influence of an El Niño – a weather event on the Pacific Ocean that exacerbates bleaching risk. Cumulative increases in ocean temperatures could tip coral reefs over a tipping point where bleaching occurs on a near annual basis, leading to the rapid global decline of tropical reefs. (The Guardian / NYT)

9/ A former U.S Fish and Wildlife Service Director has warned that proposed changes to the Migratory Bird Treaty Act could lead to the death of billions of birds. Under the Act, companies face penalties if they don’t take measures to prevent habitat destruction and unintentional bird deaths, such as using deterrents to prevent birds from flying into toxic waste pools, oil pits, mining sites and wind turbines. The Trump administration contends companies will continue to avoid bird deaths voluntarily. (Seattle Times)

10/ The Cambodian government has abandoned plans to build the Sambor hydropower dam on the Mekong River, putting a 10-year moratorium on any new dams. The dam threatened the world’s most productive freshwater fishery and its resident critically endangered Irrawaddy river dolphins, as well as blocking sediment movement downstream causing the Mekong delta, a critical agricultural region, to shrink. The decision represents a recognition that green energy projects cannot come at the cost of livelihoods, economic prosperity and ecological health. (World Wildlife Fund)

11/ The Seychelles has established a network of marine protected areas twice the size of Great Britain (30% of its territorial waters), after six years of community consultations. The new protections are a huge step forward for conservation of the archipelago’s biodiverse waters, however significant challenges will be involved in managing fishing communities that traditionally catch protected species, such as sharks. To minimize the impact on fishing communities, NGO’s will work with communities to create temporal protected areas (TPAs) that will permit some fishing activity during parts of the year. (Yale)

12/ New research by Project Drawdown has quantified and compared the upfront costs of deploying climate solutions to limit warming to 1.5-2 degrees with the long-term savings reaped from avoiding climate breakdown. The key conclusion is that while the upfront costs are substantial – around $USD 25 trillion globally – the resulting savings and profits are four to five times larger, at around $USD 145 trillion. Even better, the figures don’t account for the additional value of co-benefits of climate action, including healthcare savings from reduced air pollution and avoided climate damages (e.g., agricultural losses). (Project Drawdown / Yale) 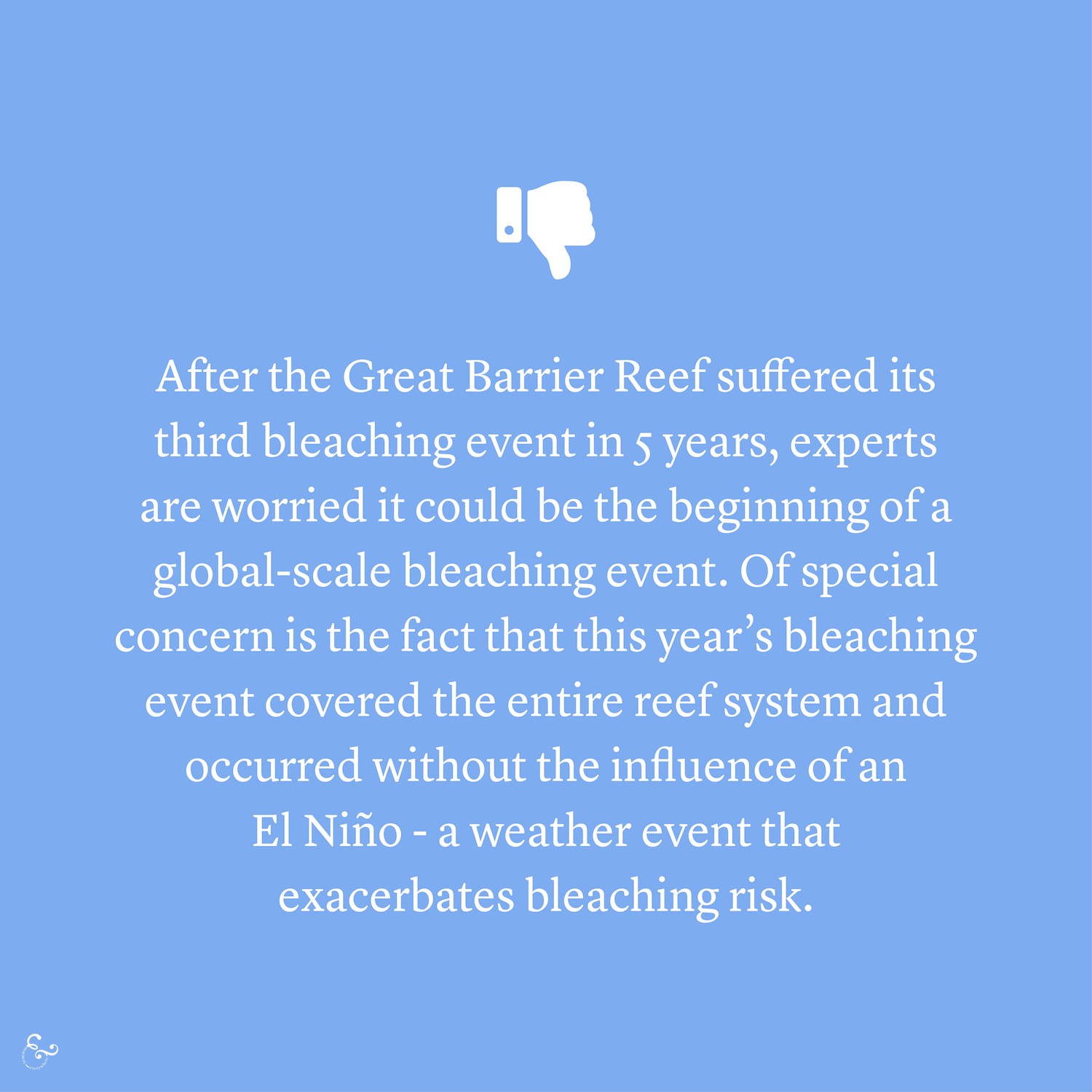 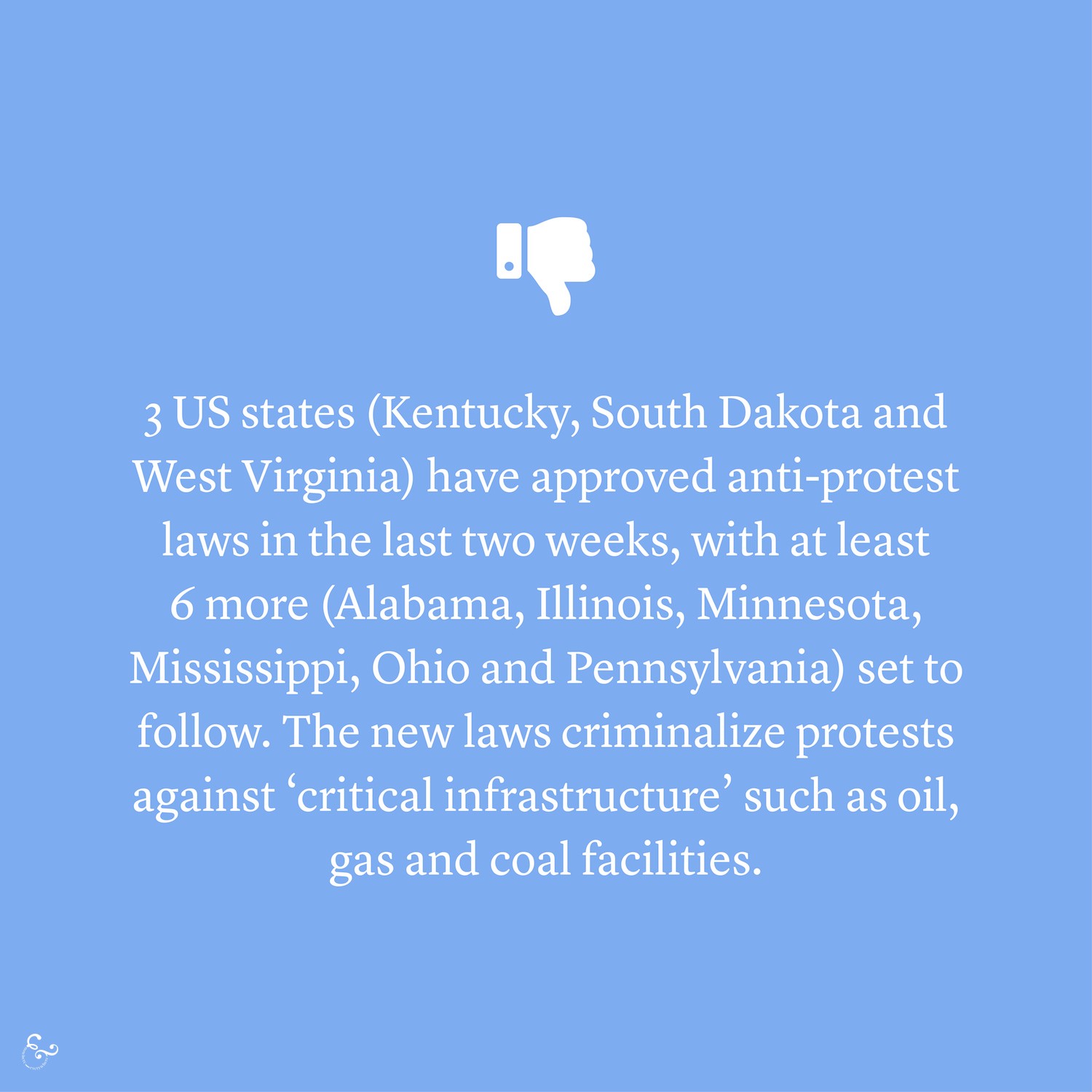 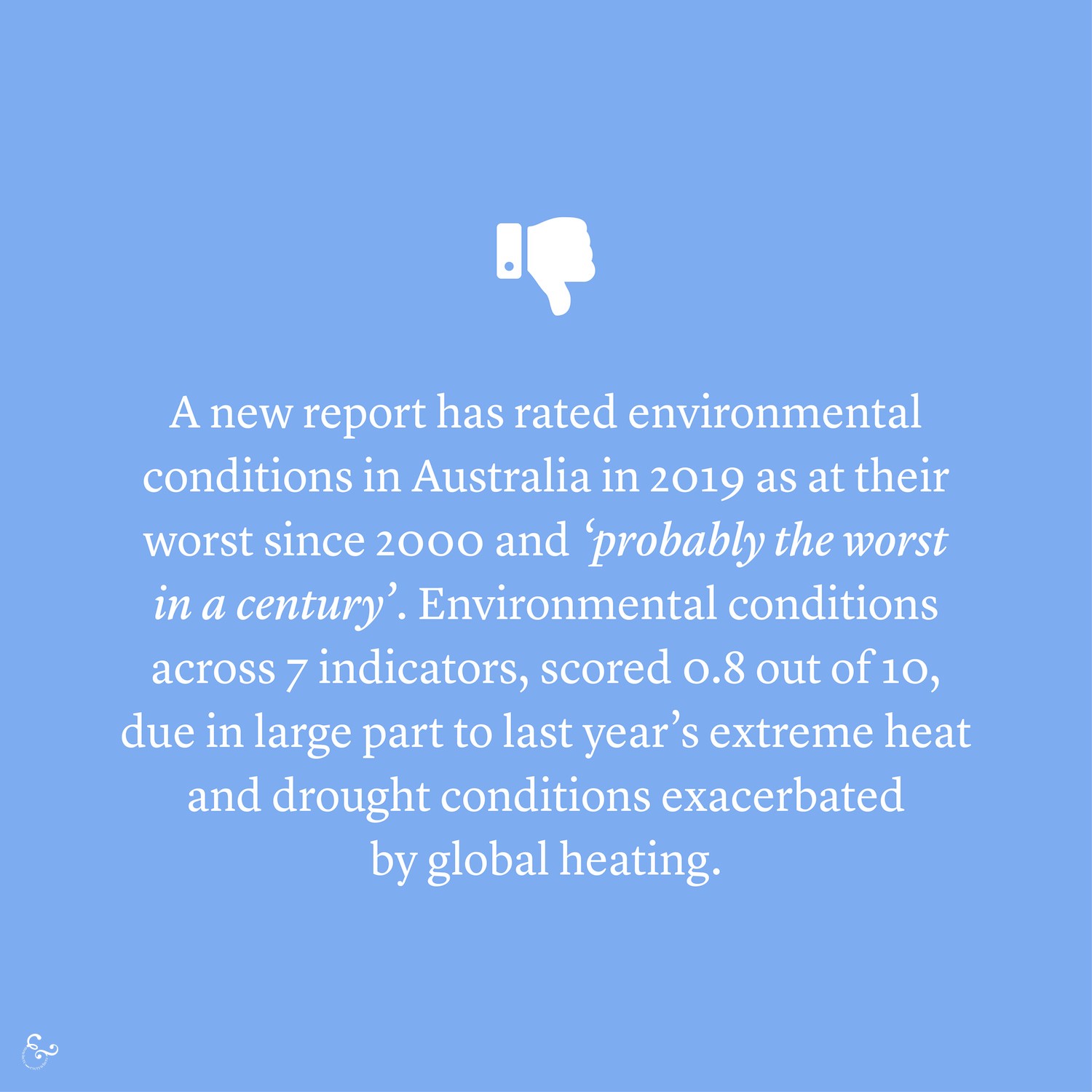 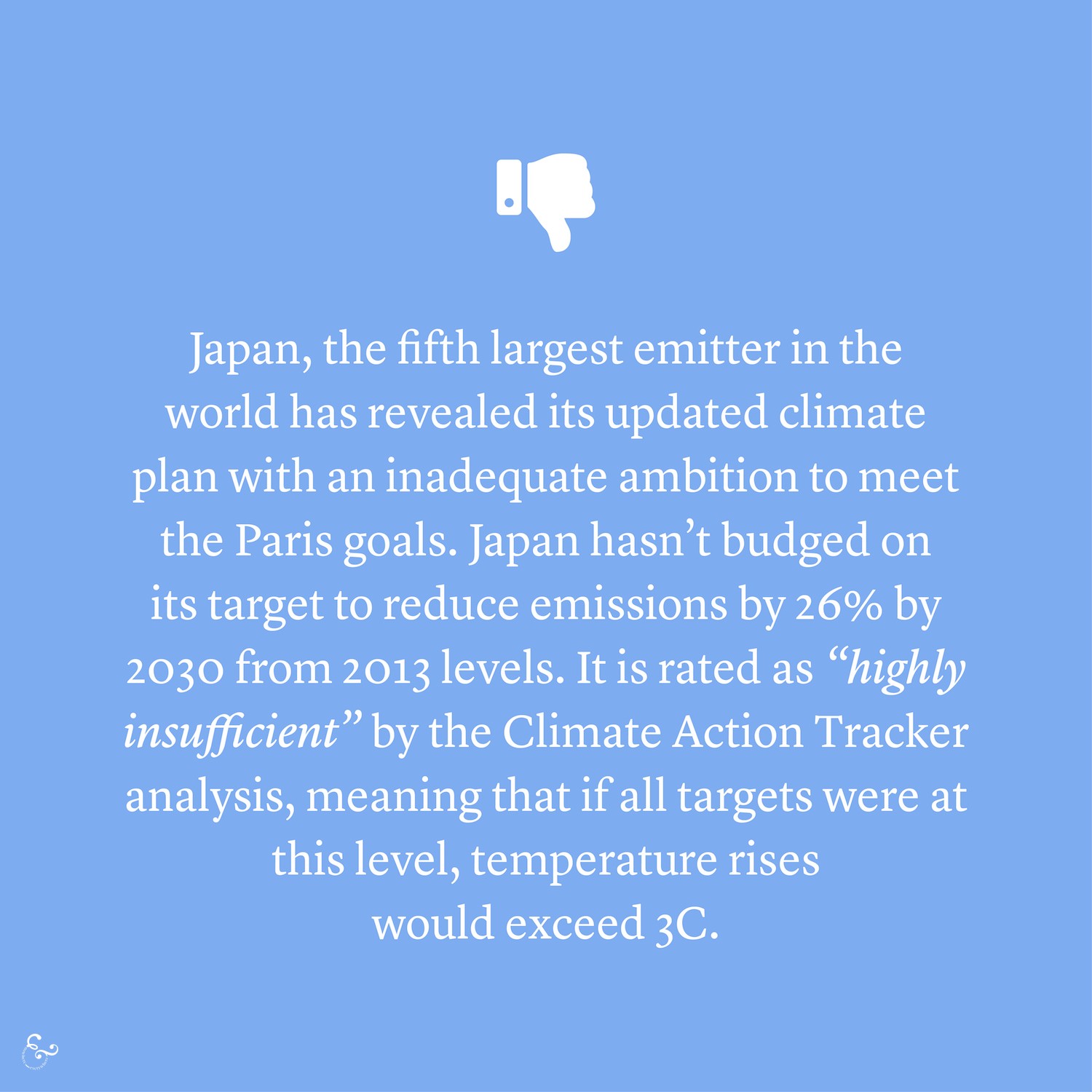 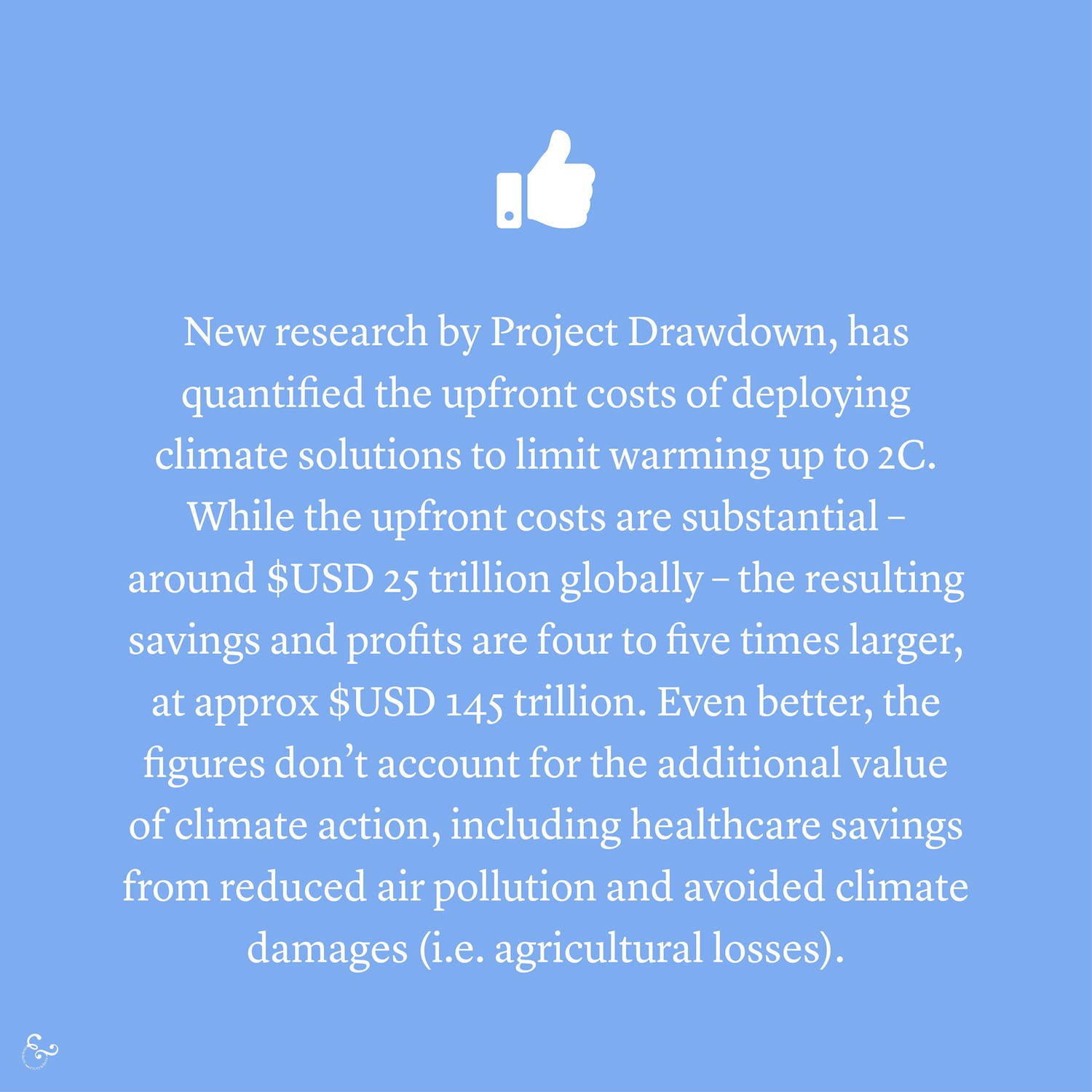 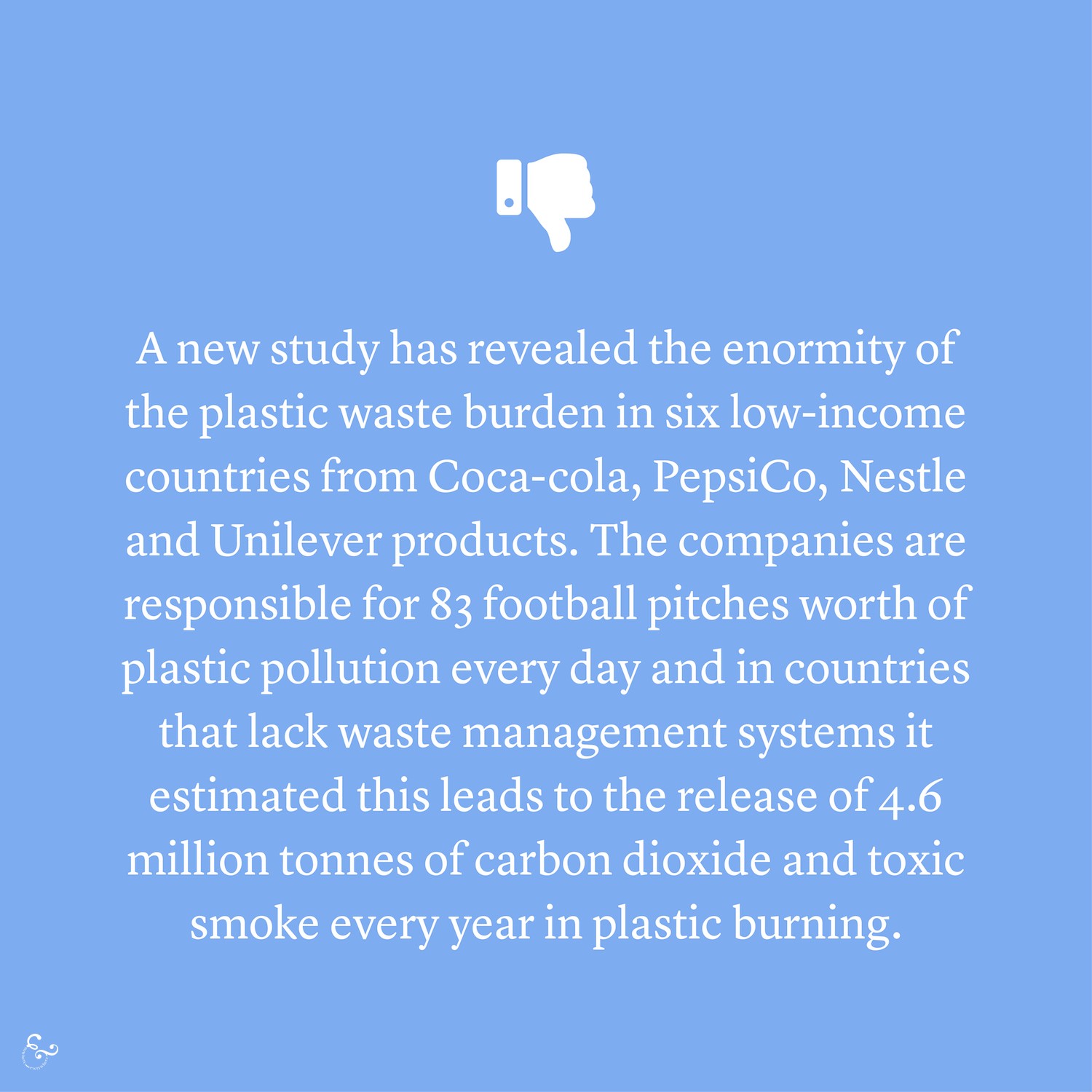 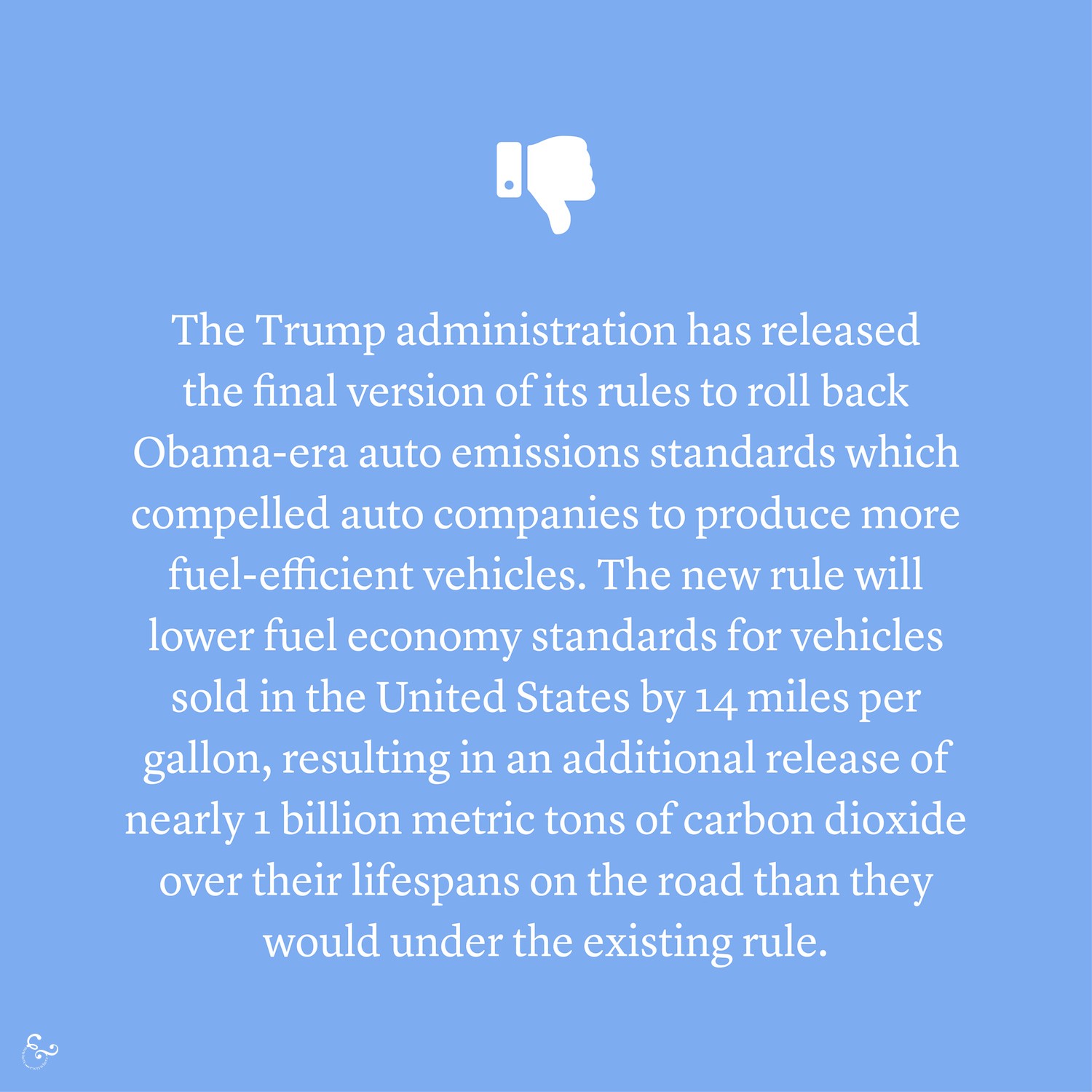 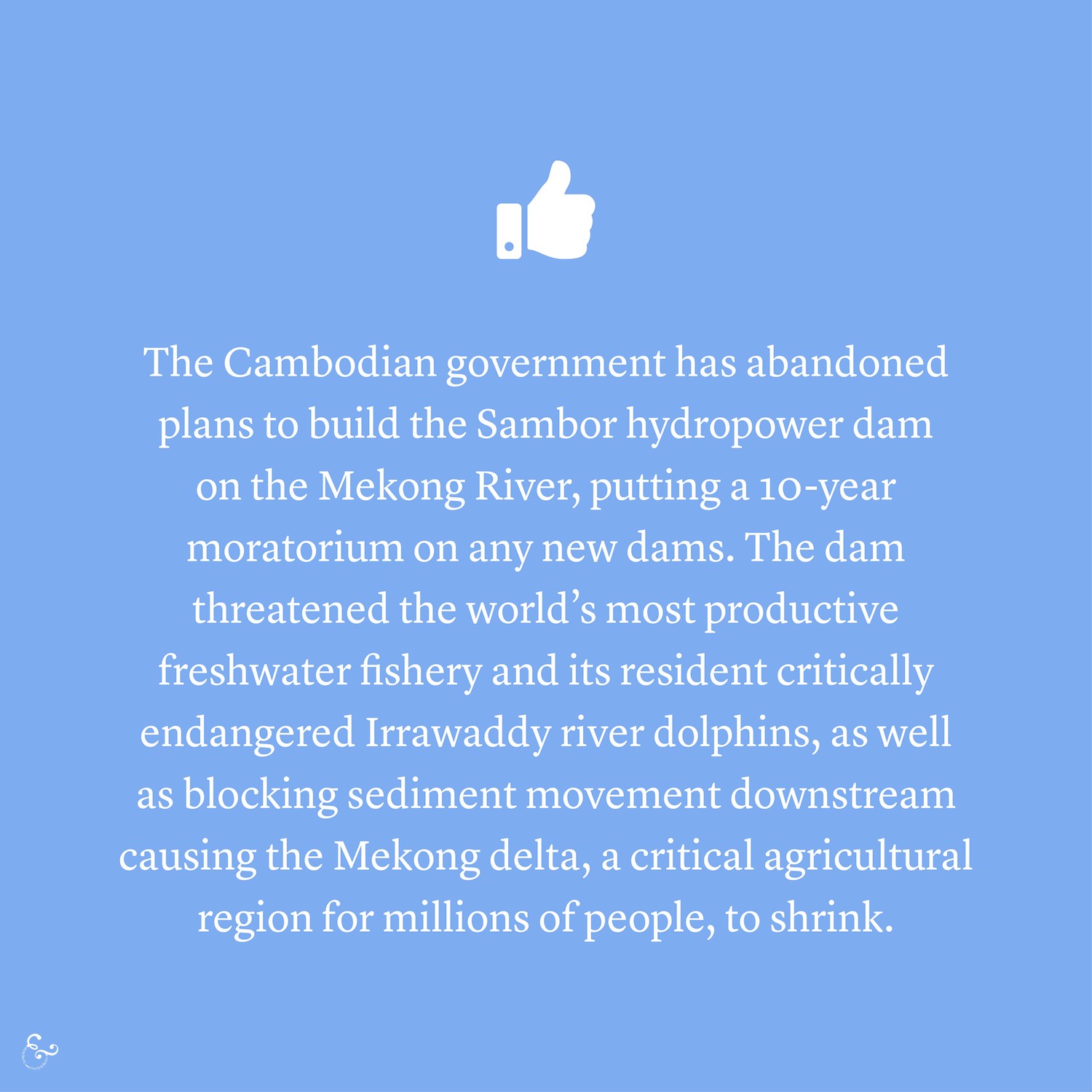