Indigenous people are among the most vulnerable to the impacts of climate change and yet have contributed the least. Agriculture and forestry generate roughly 30% of all greenhouse gas emissions, whilst traditional land-management practices, such as agroforestry and permaculture, can dramatically improve the ability of forests, farms, and fields to absorb emissions. This has spawned the creation of a variety of mechanisms designed to support Indigenous land stewardship, such as REDD+. This story only touches the surface level to show how intricate and complex these works become.

REDD+ in the strictest sense refers to a specific set of mechanisms created under the United Nations Framework on Climate Change (UNFCCC) and enshrined in the 2015 Paris Climate Agreement. The term also applies to voluntary initiatives developed outside the UNFCCC to support sustainable land management and conservation in developing countries.

The Surui Forest Carbon Project is an example of such an initiative. In 1969 first contact was made with the Paiter-Suruí people. By 2005, more than 10% of their territory had been logged. After a very lengthy and storied process, a proposal for a carbon-credit deforestation pilot project was approved. In 2013 they became the first Indigenous group in the world to sell carbon credits under the UN anti-deforestation (REDD+) scheme.

There was however a pro-logging faction of the group, working with outsiders who illegally entered, supported by the Catholic Church in an organization called the Indigenist Missionary Council (CIMI) who sought to undermine the project by promoting division within tribes to stop environmental schemes such as this.

It has been rumored that the head of CIMI convinced Pope Francis to include a passage condemning carbon credits as it commodifies Indigenous relationships to the land (this doesn’t however account for the fact that without this, their land is commodified without their input by resource companies and effectively destroyed).

CIMI strengthened the faction and aided to support blocking the project. In 2015 numerous illegal mining operations began that were devastating for the environment. Getting out of control and without proper law enforcement, deforestation in the region accelerated in 2016 & 17 and the project was placed on hold as the results could not be attained. In this time it attained the seventh-worst deforestation rate among 419 Indigenous lands in the Brazilian Amazon.

Before being officially suspended in 2018, the project generated 299,895 carbon offsets certified under the Verified Carbon Standard (VCS). This is equal to removing 64,000 cars from the road for a year. The project also became the first VCS-certified project to receive a Gold certification, which evaluates social and environmental benefits beyond carbon.

In the end, however, the project succumbed to all the complicated factors. CIMI’s attention has now turned to another pioneering carbon credit project between a tribe and German development bank KfW, in the state of Acre to campaign against the scheme there.

We encourage you to read the case study at Forest Trends to learn more on how the project came about, the complexities of bringing it all together and all the outside influences that get involved for their own end goals. 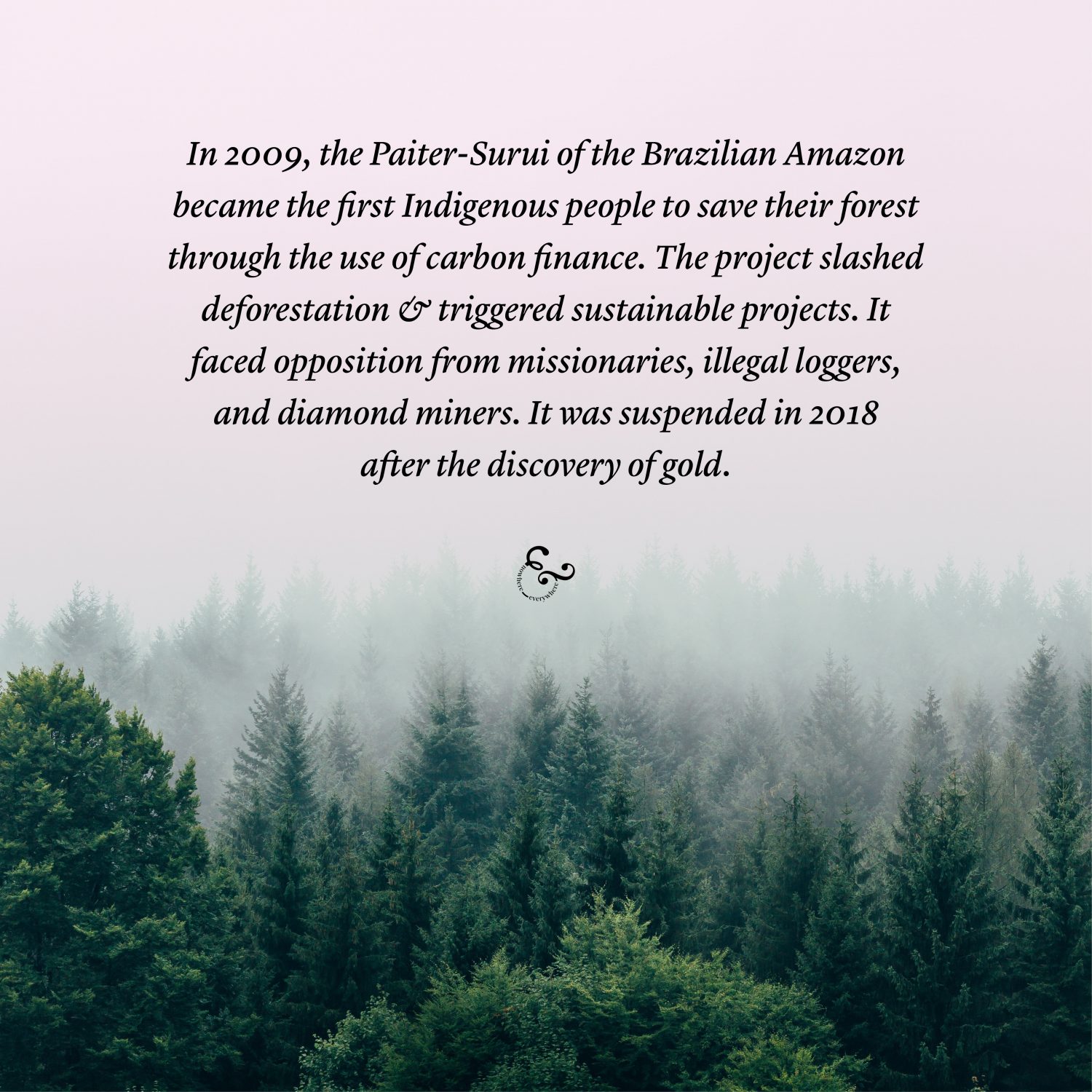 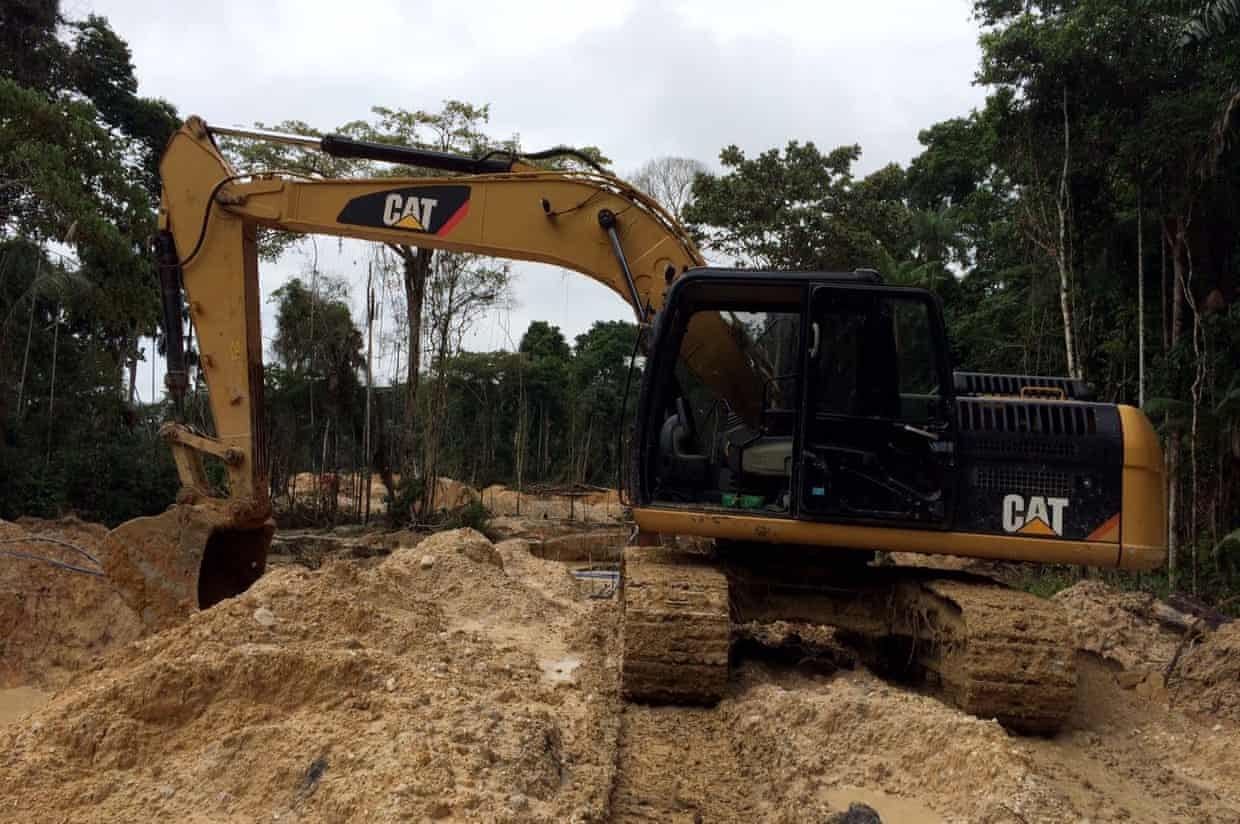 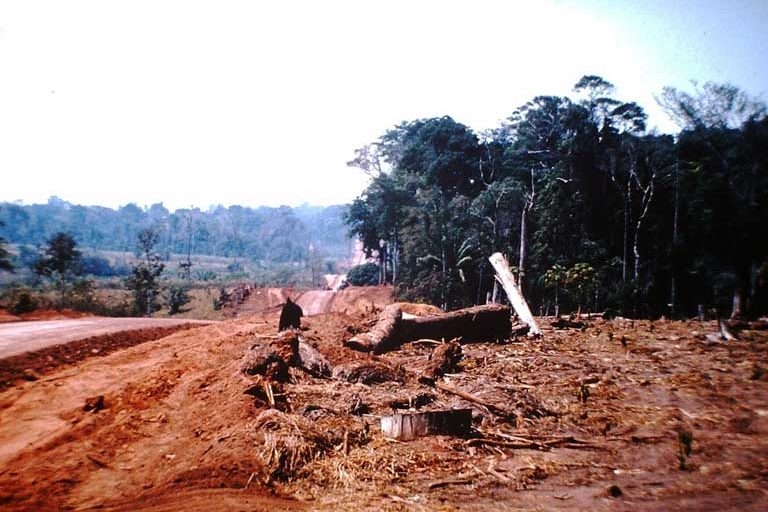