The smallest of all rhinos, the Sumatran rhino is rapidly running out of space and time. In December 2018 the Sumatran Rhino was pronounced extinct in the wild in the Malaysian state of Sabah. According to estimates, about 50 rhinos lived in Sabah in 2008, then only ten individuals were left five years later, and today they’re likely to be extinct. The decline of this species is mainly linked to two factors: poaching for rhino horns, and habitat loss due to deforestation, mainly carried out to make place for oil palm plantations. 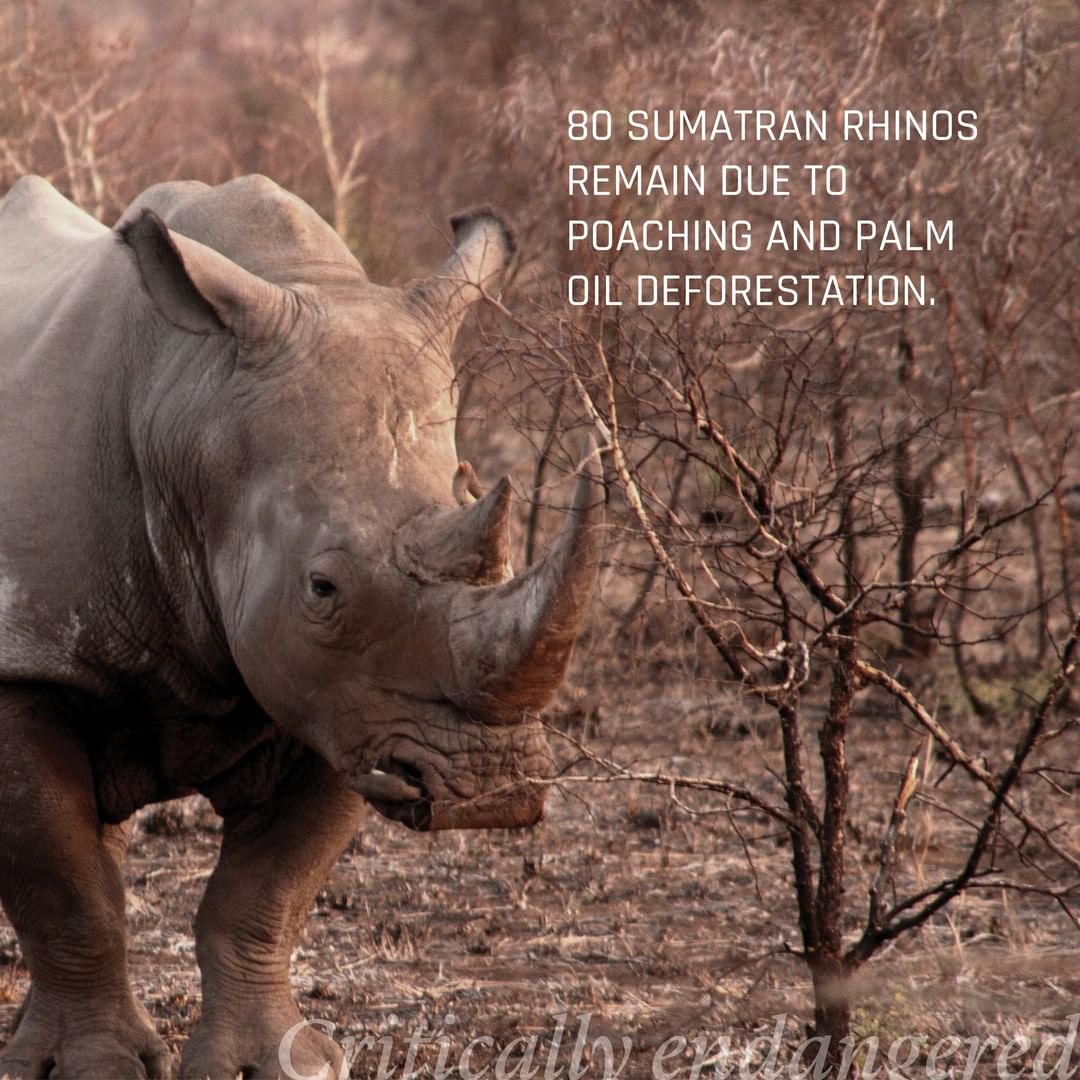