We’ve had this post scheduled for quite a while not realizing that the UK-Africa summit would be taking place and that there would be a whole raft of announcements that affect this (keep reading for that)! The British government has spent £680m of its foreign aid budget on fossil fuel extraction abroad since 2010, despite signing up to international agreements to cut greenhouse gas emissions and claiming to be a leader on tackling climate change.

Nearly a quarter of aid spending on energy goes on fossil fuel projects, according to analysis by the Overseas Development Institute. In the two years following the 2015 Paris agreement more money was pumped into oil and gas projects than in the previous five years. Foreign aid is extremely important and many countries aren’t doing as promised (looking at you Australia & America) but if we’re going to invest in energy, it needs to be ethical renewable projects.

What happened this week? Boris Johnson announced that, “…there’s no point in the UK reducing the amount of coal we burn if we then trundle over to Africa and line our pockets by encouraging African states to use more of it. We will breathe the same air, we live beneath the same sky, we all suffer when carbon emissions rise and the planet warms. From today the British government will no longer provide any new direct official development assistance, investment, export, credit or trade promotion for thermal coal mining coal or power plants overseas.” It seemed like maybe we got it. We all suffer from emission rises. Fools we were to not interrogate this further! As it turns out most UK foreign aid doesn’t support coal anyway. Only a tiny amount of UK export credit guarantees for energy projects went to coal, with 97% focused on oil and gas.

To top it off, more than 90% of the £2bn in energy deals struck at this week’s UK-Africa investment summit were for fossil fuels. The official UK government statement on the summit and a press release failed to mention these, citing only the smaller support for clean energy.

(Fun fact: Lis worked in the building next to BoJo when he became Mayor of London and it’s been quite the rollercoaster since!) 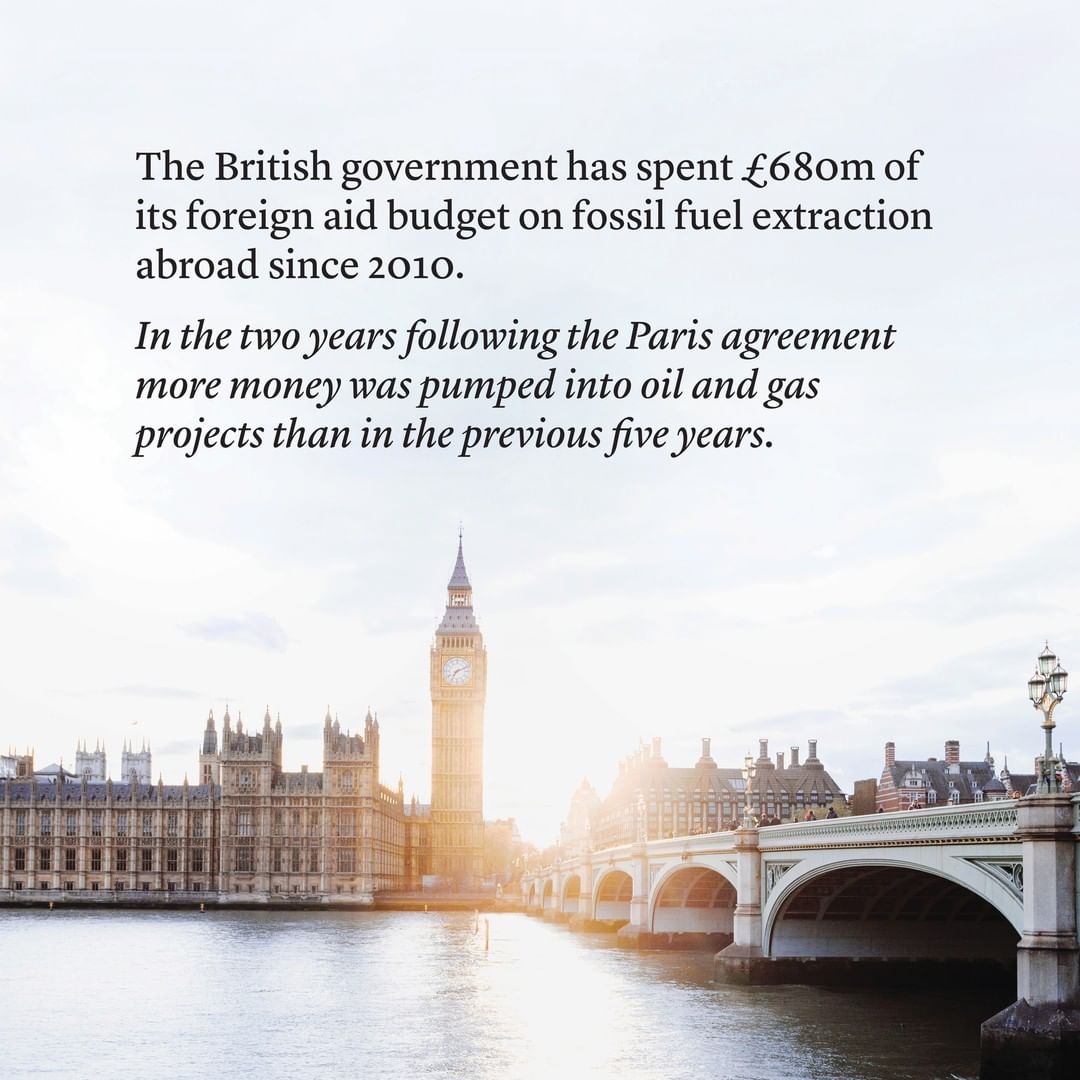