Around the world we don’t know exactly how many animals we kill each year. It’s also a subject that often makes people feel instantly defensive – and yet it’s a number we rarely think about. We understand people get emotional about this and that the topic can be nuanced (certainly we don’t advocate every single human must stop eating meat; Indigenous peoples eat meat sustainably and many millions rely on it for survival and eat it locally without any factory farming or chemicals). Most of us though can agree that our industrial agriculture rates and environmental destruction due to this are absolutely out of control. ⁠
⁣⠀⁠
The New York Times recently reported that 65 billion chickens are consumed each year. The general estimate of land animals killed for food each year is 70 – 120 billion (given the NYT article, it would be toward this higher end). Other research shows anywhere from 800 billion to 2.3 trillion wild fish are killed each year. Up to 200 billion farmed fish are killed. That’s just the common animals of mass we eat. The majority of land animals for our food are from factory farms (generally 90% or higher depending on the animal type though cattle can be 75%+ depending on the country).⁣⠀⁠
⁣⠀⁠
With 7 billion humans on our globe, if we ate humans at a rate anywhere near this we’d be dead, dead rather quick! Within a couple of weeks our species would likely be gone. We’re heading toward 10 – 11 billion people and the richer people get, the more ‘western’ their diets become, the more red meat they eat. ⁣⠀⁠
⁣⠀⁠
If we all sat and thought deeply on how we go about eating animals we’d all come to a fairly similar consensus in our current environment. We encourage you to read up on factory farming, the industrialized food system and listen to The Green Pill on the Ezra Klein show. Ezra is great at talking rationally about complex topics and even where you don’t agree, listening to him really helps in working out how we can speak about things constructively.⁣

Also, @iquitwaste speaks about food systems really well. This is a fight against the industrialization of food (meat production & monocropping); let’s make sure our energies are focussed on that.⁠ 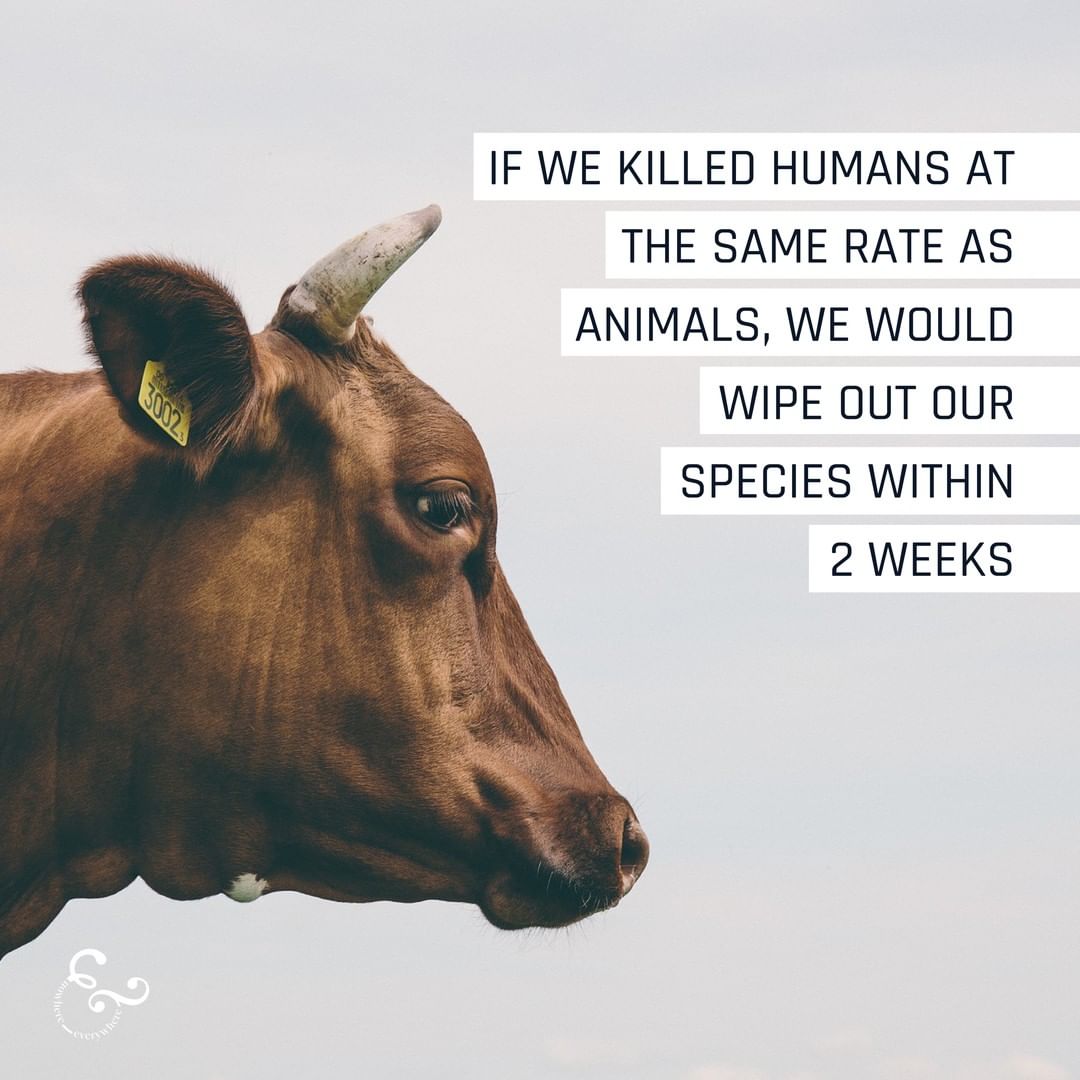