Many of us tend to drive over the holidays. In Europe, the UK and swaths of Asia it’s significantly easier to use public transport but in America and Australia, there are often large distances to cover to get to family and friends, without great train and bus systems available.⁠
⁠
Australia is already considered a “climate villain” in the world but the country is at risk of falling further behind international best practice on fuel efficiency. Road transport is one of the main sources of greenhouse gas emissions and represented 21% of Australia’s total carbon emissions in 2016.⁠
⁠
Total CO₂ emissions from road transport increased by almost 30% in the period 2000-16 and with continuing population growth this is expected to increase. Fuel efficiency standards have been adopted in around 80% of the global light vehicle market to cap the growth of transport emissions including in the States, the EU, Canada and Japan. If Australia had introduced those fuel efficiency standards 3 years ago Australians could have saved over $1 billion in fuel already – and a whole lot of emissions.⁠
⁠
Good policy makes a big difference. 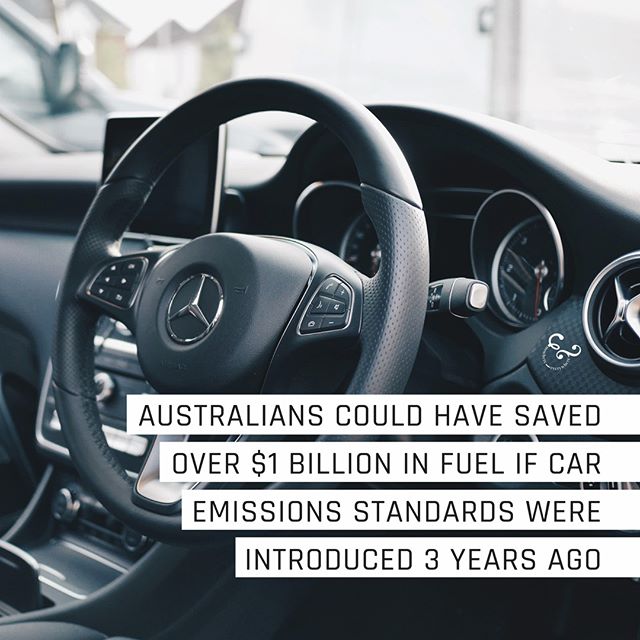