We talk a lot about the Amazon and the Congo for deforestation but did you know Australia is the only industrialized country on the hot spot list? It’s been so bad there that there is a danger of the koala quickly heading towards endangered status due to tree felling. Though it’s always hard to compare land clearing rates due to varying methodologies used in different countries and statistical availability, it seems Queensland (a major forest region of Australia) is clearing at at least the rate of the Amazon.⁣⠀
⁣⠀
Australia has one of the highest rates of land clearing in the world. More than 40 percent of the country’s forests and woodlands are estimated to have been cleared since European colonization. In 2015-2016, in Queensland (where the existing vegetation was estimated to be about 87.6 million hectares) the clearance rate was about 0.45 percent; in the Brazilian Amazon (333 million hectares) it was 0.24 percent. 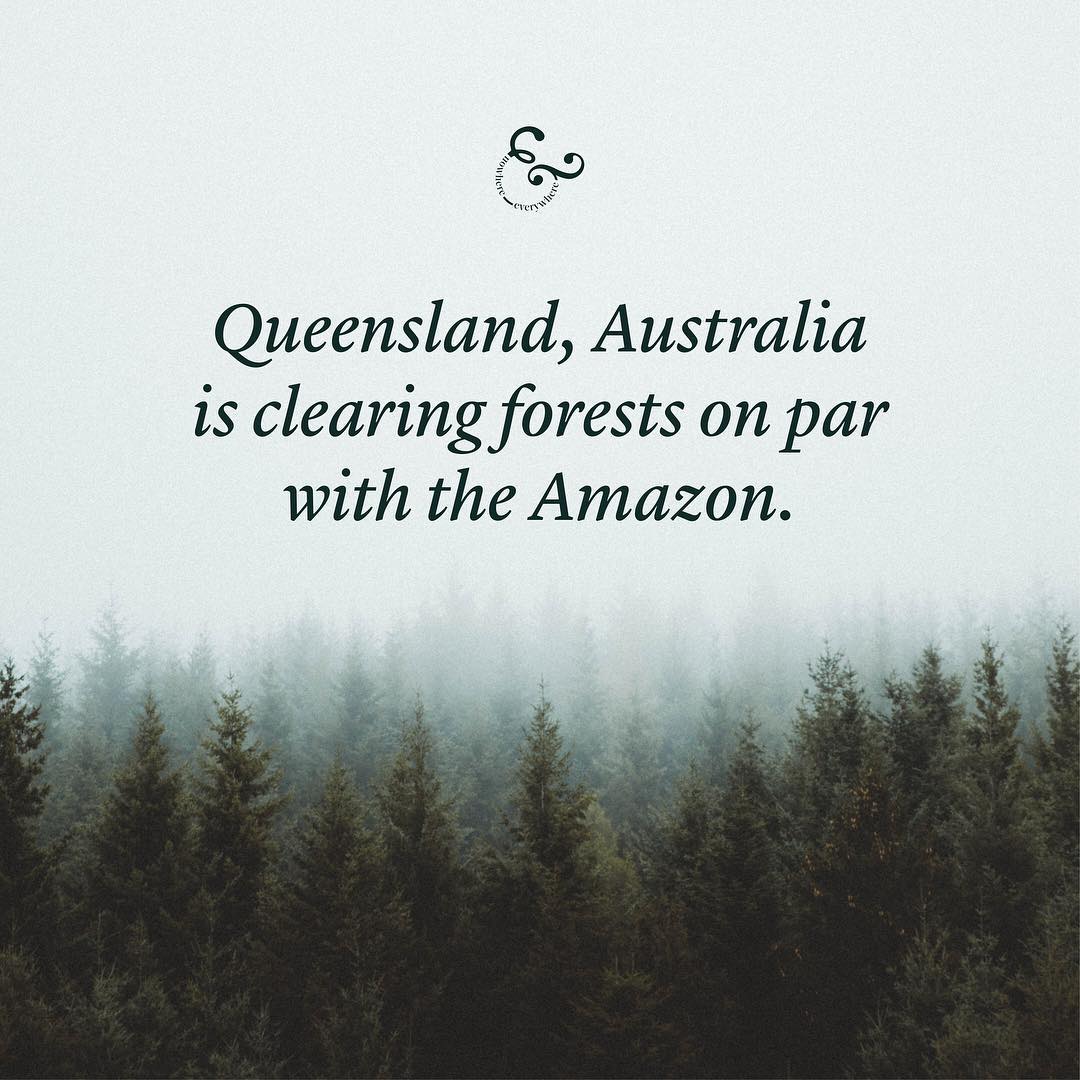