Climate policies are on the rise, but they aren't getting close to our targets - Nowhere & Everywhere

Climate policies are on the rise, but they aren’t getting close to our targets. We’ve got pretty much no chance at this point of sticking to 1.5°C warming save for massive action right now. Government climate action doesn’t change our projected warming. The current policy pathways have a higher than 97% probability of exceeding 2°C. The pledges and targets scenario gives a 50% chance of warming being 2.8°C or higher in 2100. ⁠
⁠
As ever, a reminder with this as future dates always seem so far off in our brains – people are already suffering right now. Millions of our fellow humans. Mostly the people who did nothing, or very little, to contribute to this problem but are taking on the brunt of the impact, largely without much outside assistance, government action or global fundraising efforts. ⁠
⁠
There is a LOT of work to do. 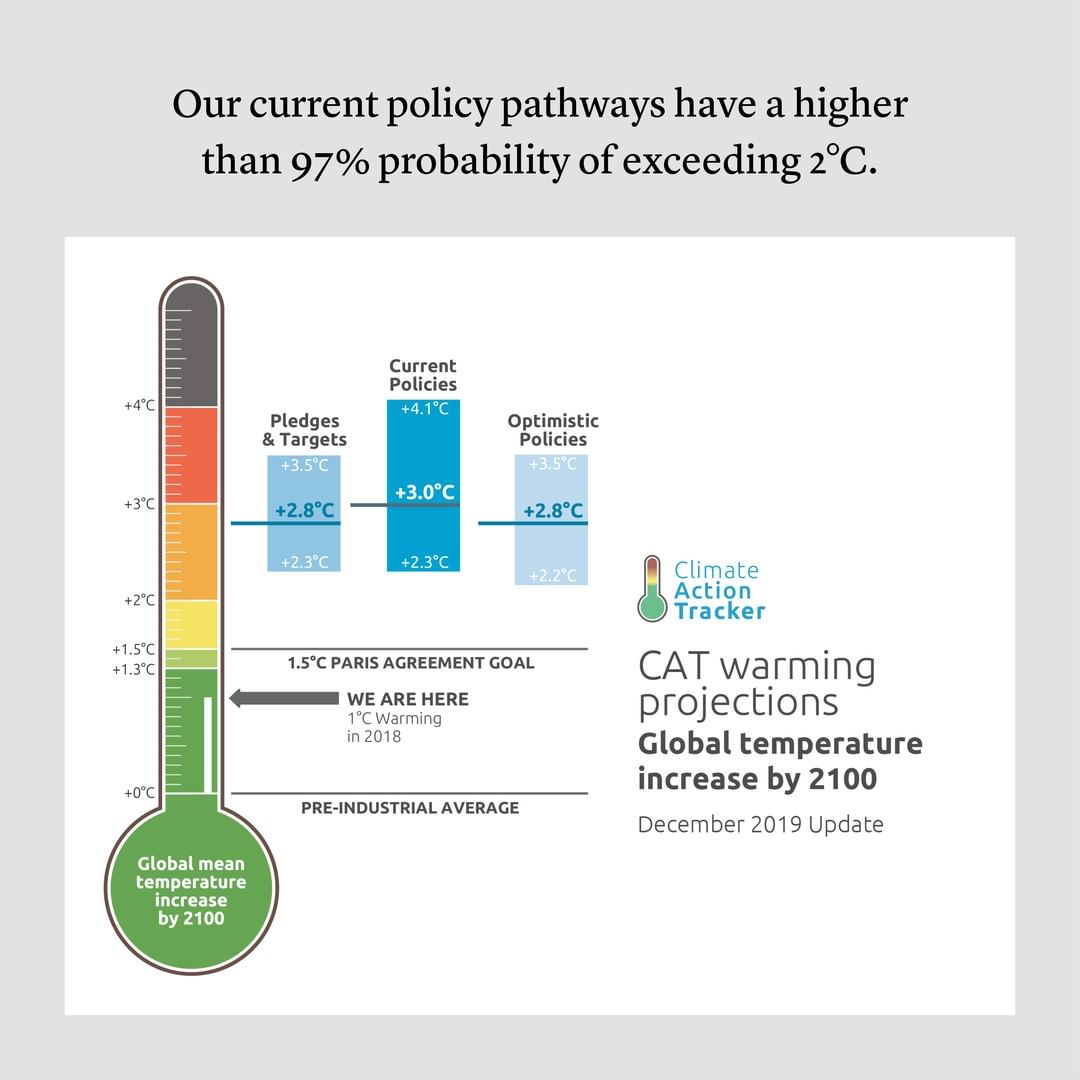