Every species is part of an ecosystem - Nowhere & Everywhere

“Every species is part of an ecosystem, an expert specialist of its kind, tested relentlessly as it spreads its influence through the food web. To remove it is to entrain changes in other species, raising the populations of some, reducing or even extinguishing others, risking a downward spiral of the larger assemblage…. If species composing a particular ecosystem begin to go extinct, at what point will the whole machine sputter and destabilize?” – E.O. Wilson⁣
⁣
Loss of biological diversity resulting from species extinctions is going to have major impacts on our planet. Ecosystems are fragile, and the removal (or introduction) of species can have dramatic impacts. Do we really want to be responsible for the collapse of ecosystems and the loss of more species? ⁣
⁣
In 2016, evolutionary biologist E.O. Wilson published a book called Half Earth which proposed that to protect life on Earth (including ourselves) we must set aside around half the planet in various types of reserves. While this plan is controversial, conservation scientists do believe that our current mass extinction crisis requires a far more ambitious agreement, in the style of the Paris Climate Accord. And they argue that the bill shouldn’t be handed just to nation states, but corporations too.

Action: use design thinking to consider what policy you would propose to protect the ecyosystem in your local area. Thought of something interesting? Email us – we love hearing ideas. 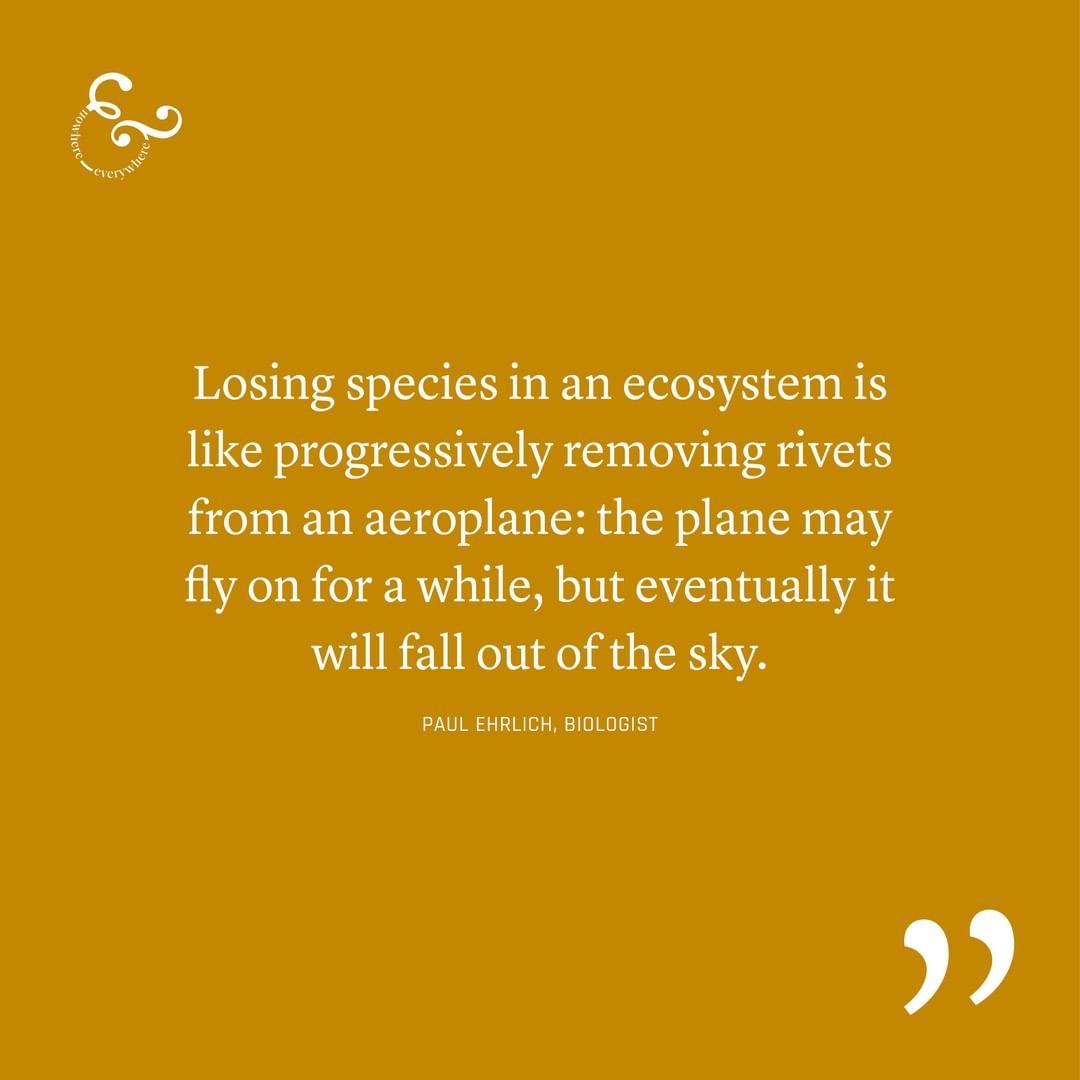