Last year was the warmest Arctic winter on record. Scientists have said that Arctic warm spells are happening more frequently, they are lasting longer, and they have been more intense than they used to be. ⠀
⠀
In a few decades, polar scientists predict that the Arctic will become virtually ice-free, with less than a million square kilometers of ice (a bit larger than the size of Texas) during the peak of summer. This has huge implications on the environment. For example, with decreasing sea ice extent and the remaining ice thinning, animals like polar bears are being placed under increasing threat – their preferred habitat is on top of the ice. That is where they mate, hunt and rear their young. Global polar bear numbers are projected to decline 30% by 2050. We must protect their critical habitat. ⠀ 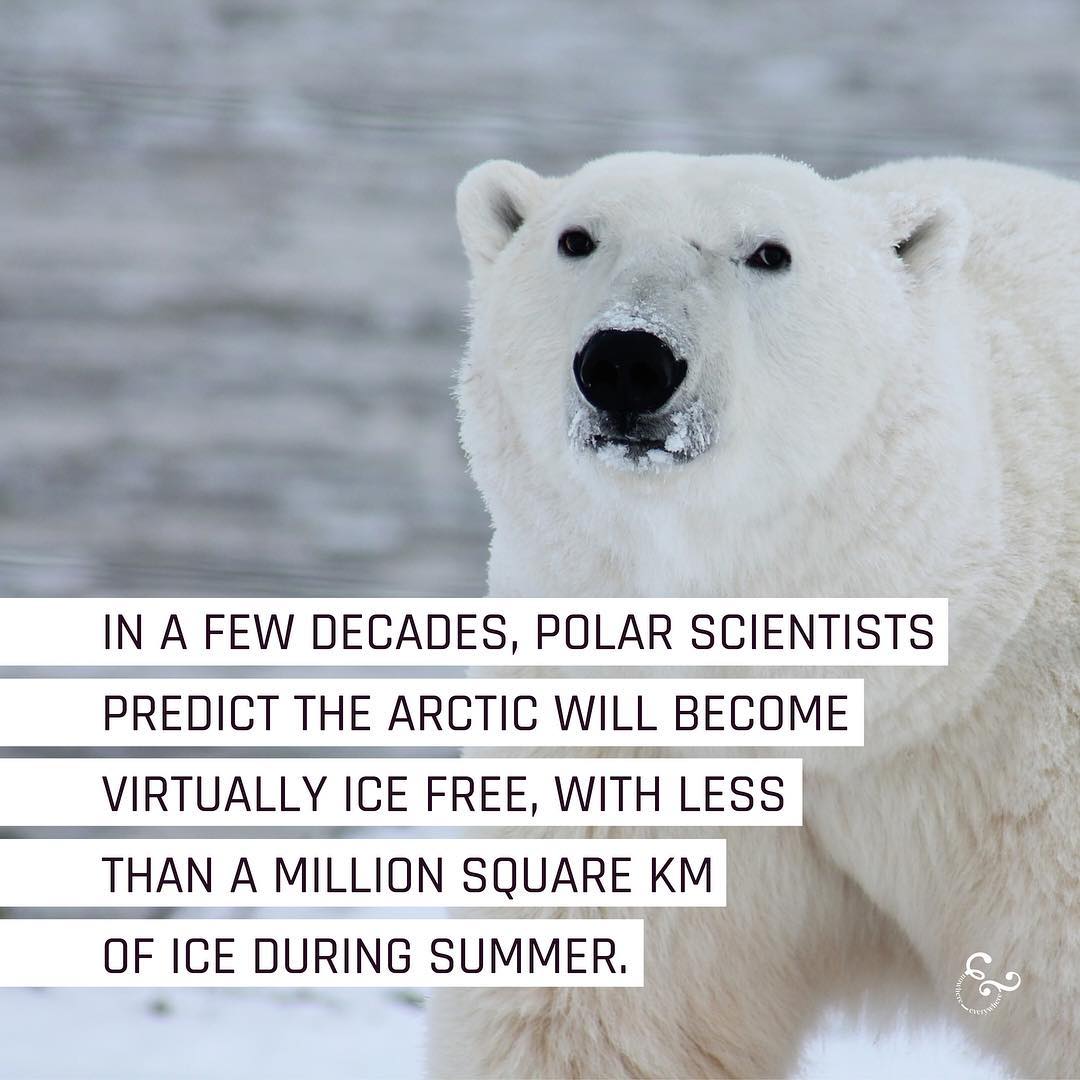