Let’s do some calculations on our current fossil fuel situation with some initial numbers that came out in a Nature journal this week. Our existing infrastructure gets us too 658Gt C02 future emissions (potentially up to 1,479Gt depending on utilization rates). Over half of this is for electricity (mainly power plants). The rest comes mostly from industry and transport. This all excludes emissions from land use change, deforestation, agriculture and feedback loops.⁠
⁠
Over 1,000GW of fossil fuel power plants are still being planned, permitted or in construction so that gives us another 188Gt of committed future emissions.⁠
⁠
According to the IPCC our remaining carbon budget is 420-580Gt if we want a 50-66% chance of holding our world to 1.5 degrees of warming (which still comes with plenty of consequences including most coral reefs disappearing). That means all of these plants currently under construction or being planned need to be cancelled. Right now. And then we need to retire and close existing plants early.⁠
⁠
No more oil, coal and gas exploration from today. Rapid transition to electric vehicles and decarbonizing industry.⁠
⁠
Our emissions today are currently growing even in developed countries where we would have expected them to starting heading the other way if we’re going to meet our targets. We have a lot of work to do. A lot.⁠
⁠
What can you do on an individual level? Vote, vote, vote the right people into your government across the levels if you’re lucky enough to be able to have that privilege. And vote with your dollars. Money is the only thing that speaks to the people at the top. Spend your money on moving away from anything that supports the fossil fuel industry and toward things that abate it. And wherever possible spend your privilege too. Advocate for those who are busy surviving in a system that’s been purposely designed for only a few.⁠
⁠
(Hat tip to Mark Lynas for crunching the initial figures) 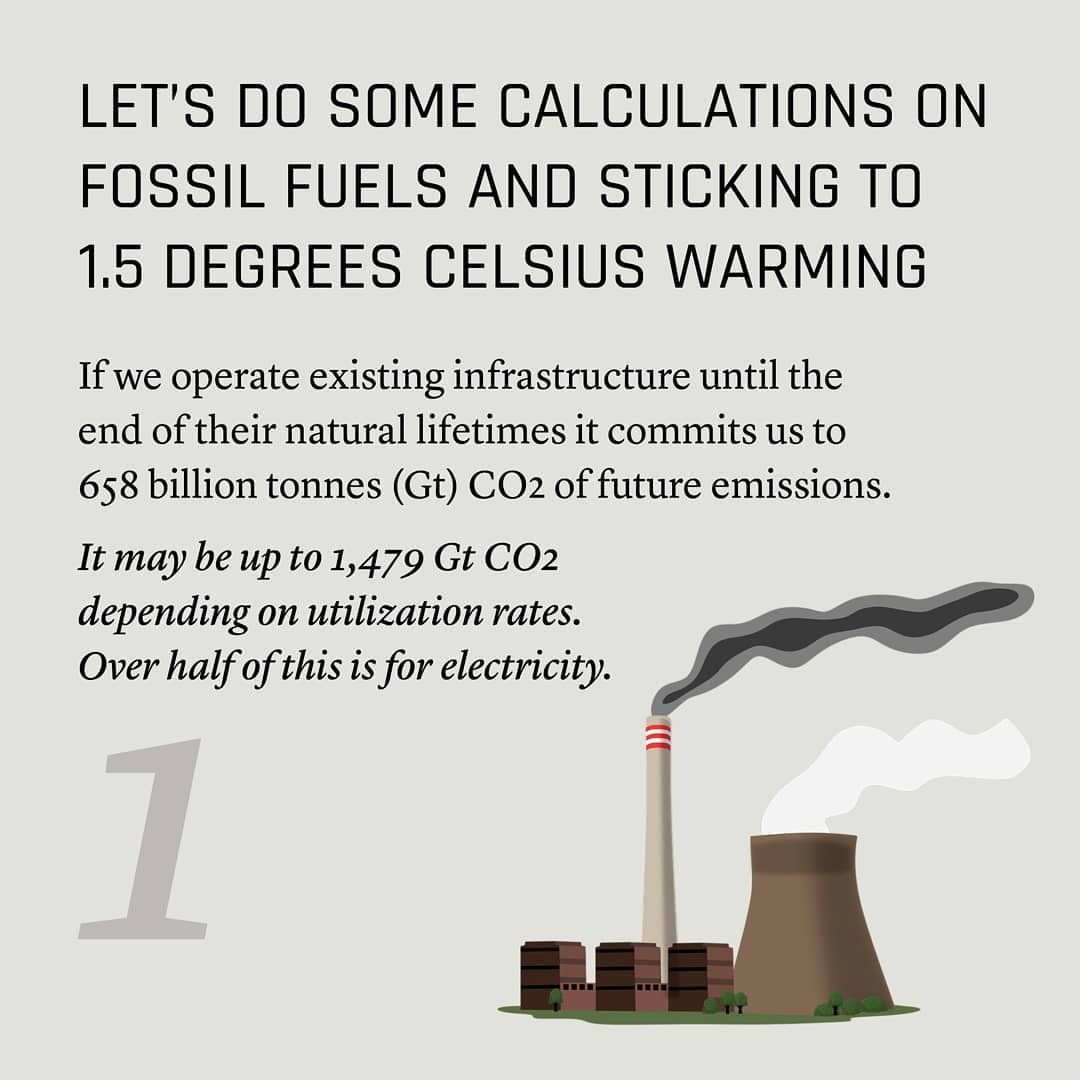