Unfortunately there is probably an inverse linear correlation here! We’re writing another post in our capitalism series all about the different solutions we can head towards in an economy that will be much more compatible with life on Earth and our general wellbeing (if you have questions on this, pop them in the comments so we can be sure to answer them!). ⁠
⁠
When you think deeply about where we’re at it’s actually quite bizarre. We never turned to economists before to give us the answers but since world war two, that’s what we’ve been doing and it’s an odd thing. These days we can barely communicate what scientists are trying desperately to get through to us to take action on, but those in the field of economics are unencumbered in doing what they think is best. And what was best has led us here. Economists absolutely have their place (plenty among us have studied it to some extent!) but without having priced what are conveniently called “externalities” (think pollution and negative social impact) we’re living in an alternative reality of economics ignoring the actual outcome of our system. ⁠
⁠
We don’t live in true/pure capitalism (or democracy for that matter) anyway so it’s ok that we think about shifting things around – it’s not working for a lot of us & we’ve been tweaking and massively intervening in the markets ever since we moved to this model. Environmentalism can be bleak but here’s where we can really sell a vision of the future. There ARE alternatives. We don’t have to live this way. We don’t need this form of capitalism, that requires unpaid labor and the exploitation of people and natural resources, to survive. We have options and those options are really exciting. To get there we need energized leaders and a groundswell amongst us. ⁠
⁠
Article is coming up but in the meantime, is your city, region or country doing something different to start pushing the boundaries of the economic system? Iceland and New Zealand have starting putting in measures of wellbeing alongside (or above) GDP, Finland is discussing fewer working days per week, and Bhutan has been had a Gross National Happiness Index for over a decade. Anything happening where you are? 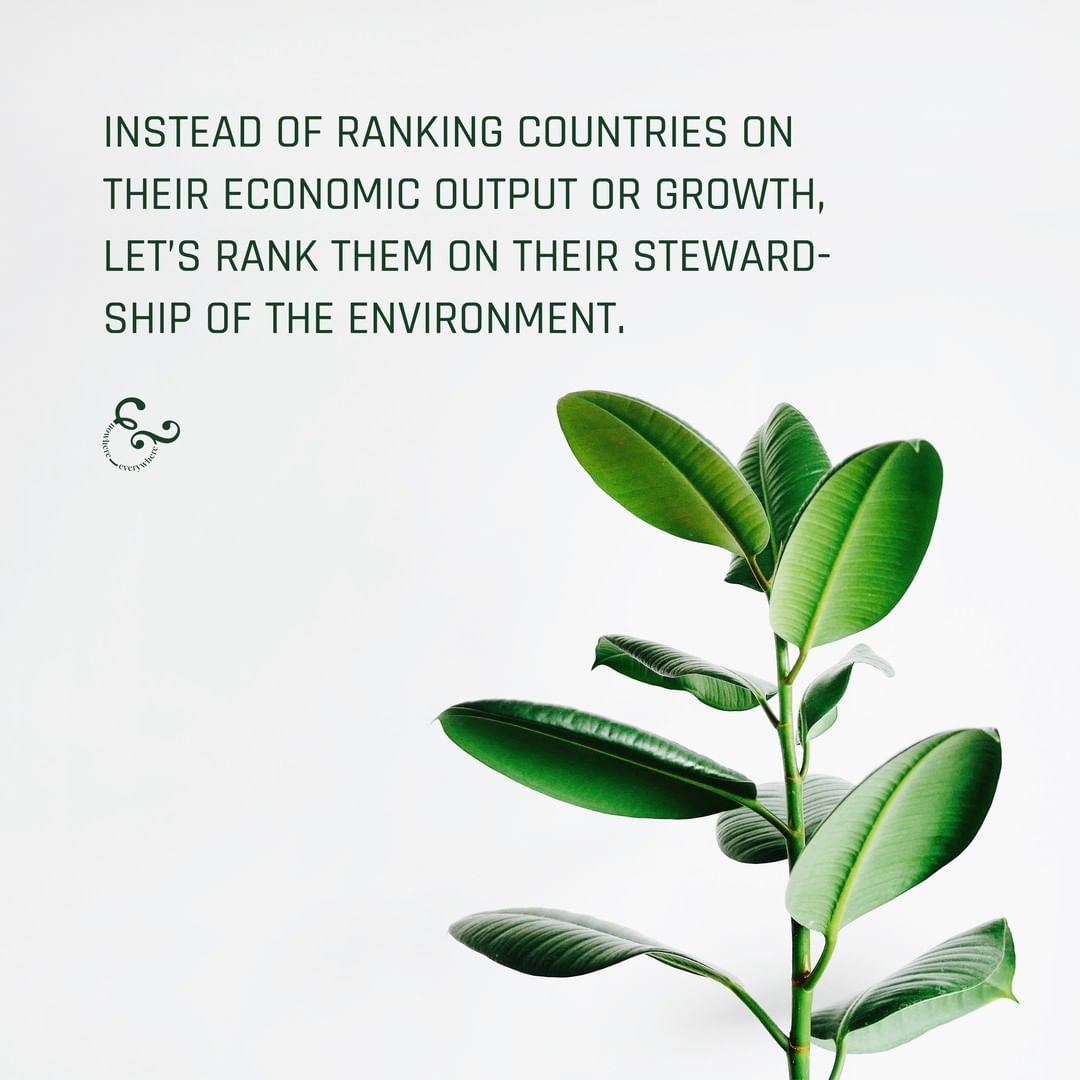