Let's talk about Antarctica's role in our world - Nowhere & Everywhere

Antarctica is remarkable, remote & hostile. Twice the size of Australia, Antarctica holds some of the most unique and fragile ecosystems in the world. Antarctica and its ocean are almost unmatched in bio-productivity, in populations of whales and critically endangered marine mammals & birds, and in tonnage of the microscopic plants and animals that form the base of the marine food chain.⁠ We keep learning new things – last year scientists discovered volcanoes underneath the ice. It’s still a theory, but these too might be affected by climate change (thinning ice reduces pressure on the crust and can trigger activity which has happened in Iceland).⁠
⁠
This frozen land is key to understanding how our world works, and our impact upon it as it plays a critical role in regulating our climate and ocean systems. Locked in its thick ice sheet is a record of what our planet’s climate was like over the past one million years. It shows the Antarctic environment and biosphere are highly sensitive indicators of environmental change. ⁠
⁠
Another critically important feature is that about 90% of Earth’s ice (approximately 26.9 million cubic kilometres) is found here. The three ice sheets that cover the continent contain around 70% of our planet’s fresh water, all of which we know to be vulnerable to warming air and oceans. If it all melted, it would raise sea levels by 58 metres.⁠
⁠
In polar regions, surface temperatures are projected to rise twice as fast as the global average due to polar amplification. NASA research has shown that Antarctica’s annual ice loss is 6 times greater than forty years ago and the accelerating pace of melting predicted to add metres to global sea levels.⁠
⁠
The thing we need to do? Stop the increasing impacts of climate change which means keeping the world to 1.5 degrees of warming. That’s generally recognized as impossible now so holding to 2 degrees needs to be a goal we absolutely meet.⁠
⁠
A recent UNEP & IPCC backed report says policies to reduce emissions must triple to meet the 2C target and increase fivefold to keep heating within 1.5C.⁠
⁠
Source: Nanda and Pring 2013, Fretwell et al. 2013, The Conversation and United in Science report, 2019 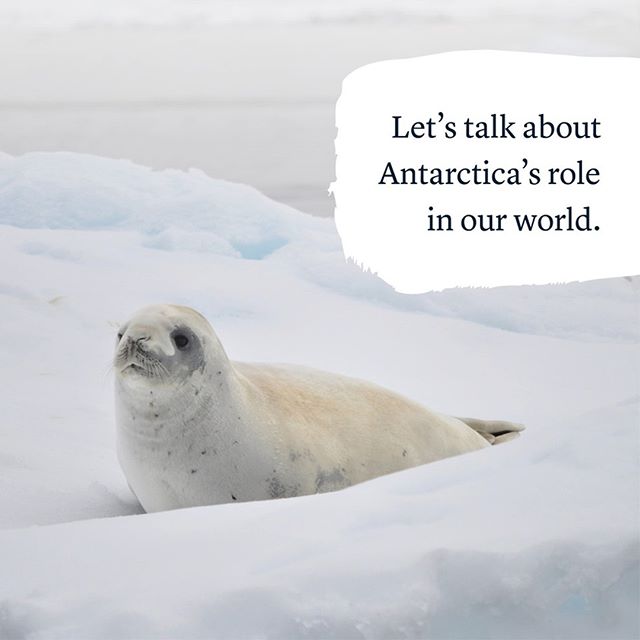