So many free market capitalists are forever saying that the market will account for issues we cause in the world, adjust itself and that we don’t need regulation. Most of us can probably tell this simply doesn’t work because humans are generally not benevolent beings doing things ethically (as much as we would often really like to be) but moreso, we just don’t act rationally all the time, we are time-poor, our accessibility varies wildly, we don’t account for collective social benefits like we do our individual ones, and the market is often not transparent.

Where we do have regulations, when the policy has been designed to meet a minimum with a model suggesting that the market will simply encourage higher energy efficiency, it doesn’t work for multiple reasons. Policy also doesn’t act alone in a silo – it interacts with numerous other policies, market mechanisms and culture. In Australia that means a housing market that is stimulated by speculation and a tax system that incentives the purchase of multiple houses; which results in the cheapening and degrading of standards as ‘investment properties’ whilst creating transient communities and blocking out those who might care more about the overall impact of their home.

In this example, it turns out that Australia is still building nearly all new houses to no more than the minimum energy standards. As pointed out by researchers, the minimum falls short of what is optimal in terms of environmental, economic and social outcomes, it’s also below the minimum set by many other countries and well behind international best practice. Only 1.5% of houses meet optimum measurements (balanced between economics and benefit).

Consumers aren’t driving this change – only the regulation/policy is – so lifting that will result in increased efficiency (and this would actually financially benefit the buyer over the long term). This would also create better competition within the market for construction needed for certain elements where currently they have a high up-front cost compared to other countries (like double or triple glazing). 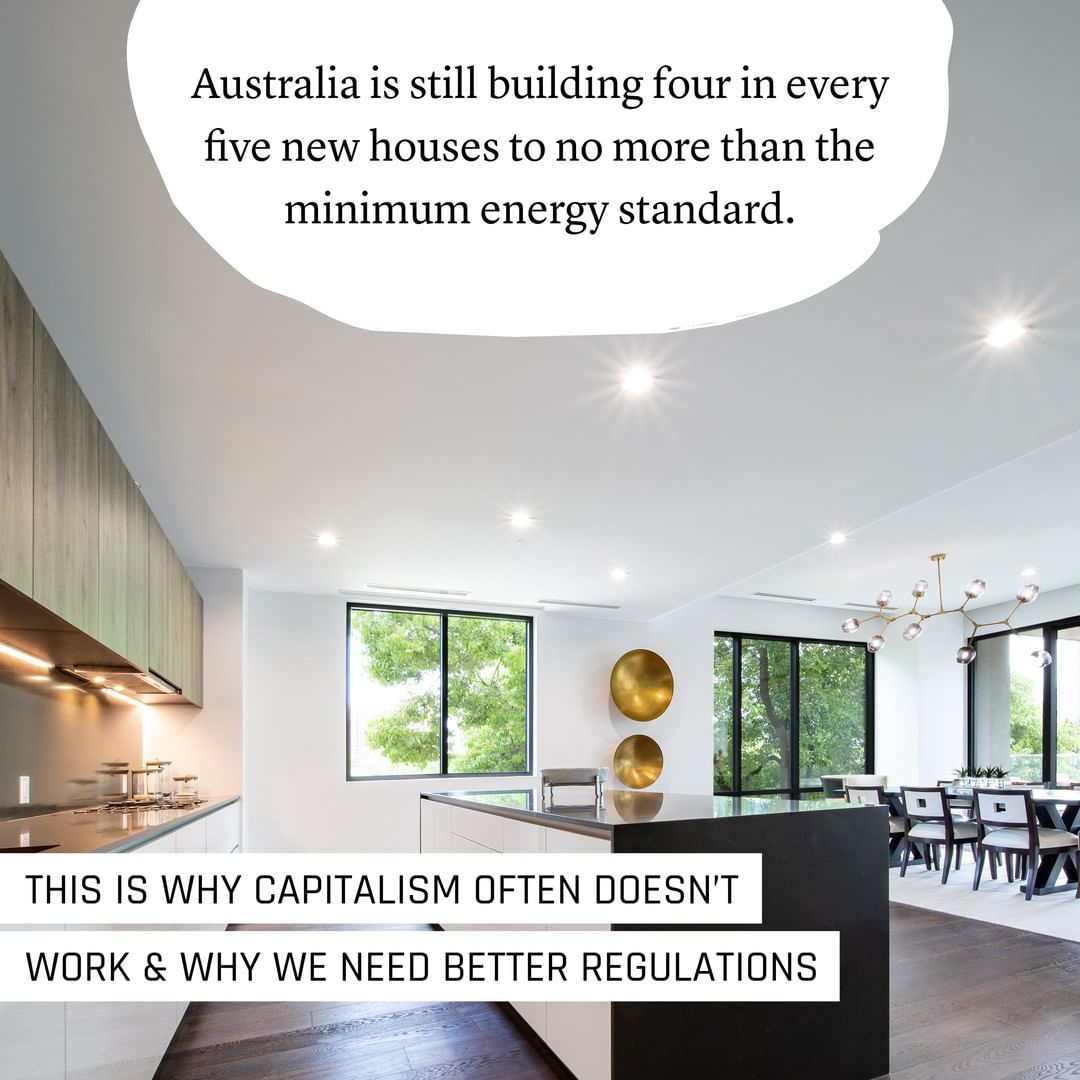