We absolutely need renewables and it’s an exciting industry to be in but there’s also a very legitimate concern about green growth, the idea that we can keep growing at this pace while simultaneously reducing our impact on the natural world. For some that seems entirely logical for a population quickly heading toward 10 billion people, as it doesn’t address the major problems in our current form of capitalism, the business models that rely on quarter-on-quarter growth, and our own overconsumption, but for others green growth was the silver bullet so many were hoping for. ⁠
⁠
We’re still digging up a whole lot of stuff for renewables; they’re simply different minerals and sometimes in different places. Lithium is heavily extracted in Bolivia, Chile & Argentina to meet increasing demand for electric vehicles. The mining of it requires huge amounts of water in ever drying regions and as we also use it in everyday tech, it’s often ending up in landfill. In Australia a study showed only 2% of the annual 3,300 tonnes of lithium-ion waste was recycled (growing by 20% of waste per year). Cobalt is another big issue which is found nearly exclusively in the Congo and renowned for child labor and destruction. ⁠
⁠
Even more mind-bendingly, when we develop more of these, the price of these products come down and bills become cheaper. The savings we all make are likely then spent on products that require resources and increase demand, thereby cancelling out at least part of the gains. This is known as the rebound effect. In the words of the European Commission “decoupling the economy and material consumption looks difficult” and more evidence is showing this to be the case, crumbling the idea of green growth. ⁠
⁠
Is it still possible in some scenarios? Possibly with a very low growth rate in wealthy countries and with the flexibility that we’re ok destruction occurs out of sight. But it’s getting harder and harder to support the concept. More to come!⁠ 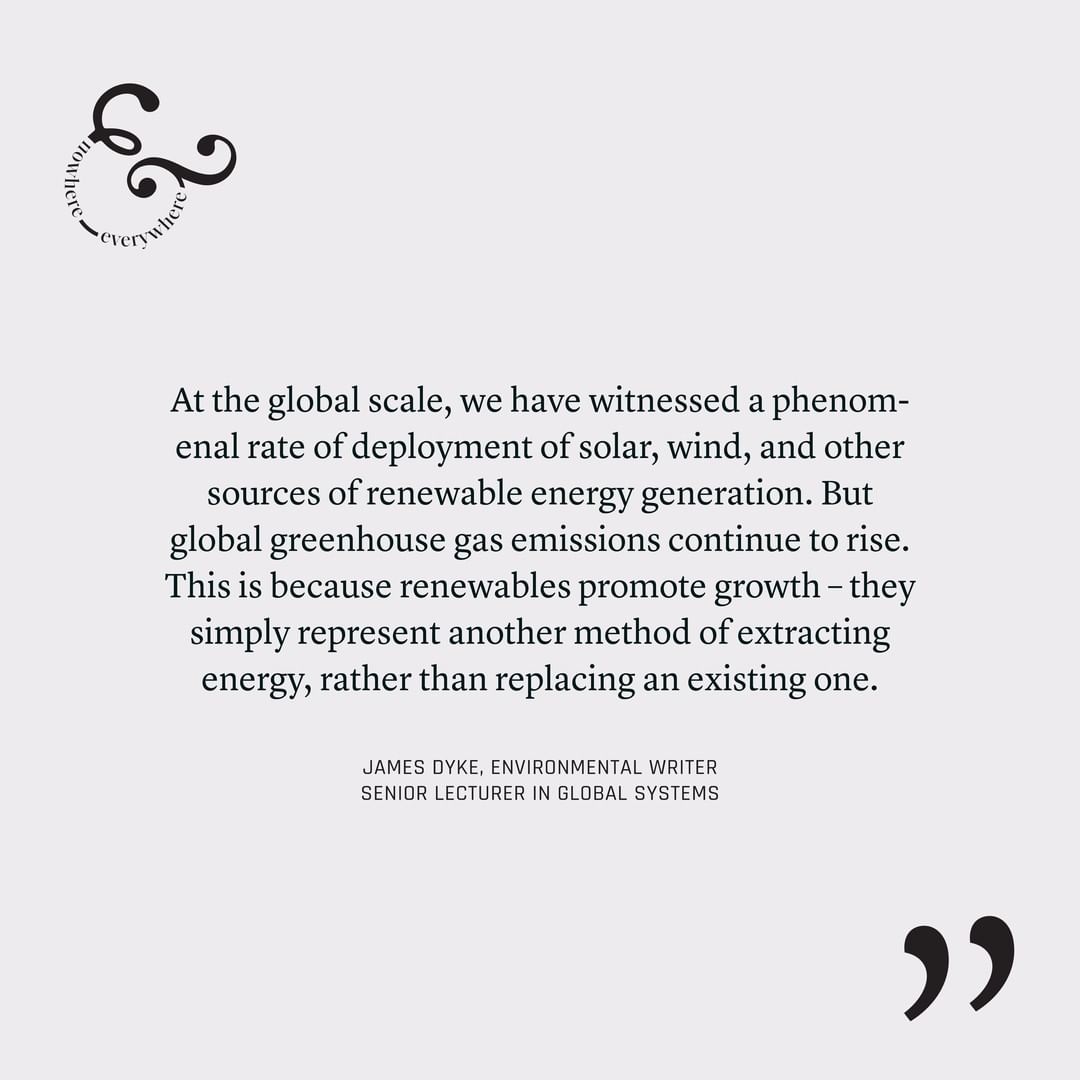