The war in Rwanda in the early 1990s and years of civil unrest in the Democratic Republic of Congo have sent waves of refugees into the region around the Virunga Mountains parks that are home to more than half of the population of the endangered mountain gorilla. With the encroaching human population comes habitat destruction for agriculture and livestock which has threatened these species. Since the discovery of the mountain gorilla subspecies in 1902, its population has endured years of war, hunting, habitat destruction and disease – it was once thought the species might be extinct by the end of the twentieth century. But despite all of this, conservation efforts for mountain gorillas have found success. A new census has revealed that the mountain gorilla population has increased from 620 animals in 1989 to over 1000 today! The brightened outlook for this species has given us hope that similar efforts can help other species too. 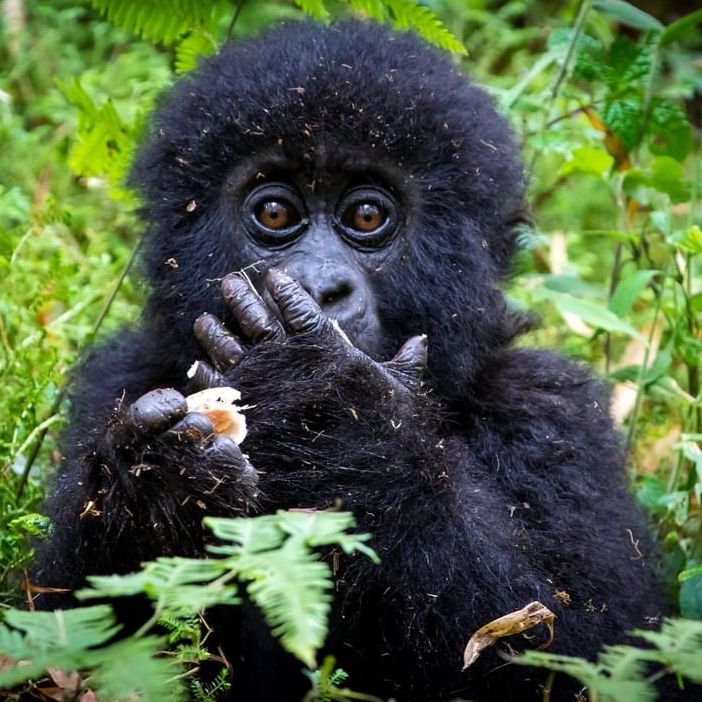