We have 60 harvests left - Nowhere & Everywhere

Did you know the world has 60 harvests left before our soil quality is diminished to the point of no return? Generating three centimetres of top soil takes 1,000 years, so if current rates of degradation continue all of the world’s top soil could be gone within 60 years. That’s pretty shocking – and causes a lot of unease about our food security and eco-systems. We can change this though!

A UN official, and recently a panel at the Think Different conference including Ellen MacArthur Foundation, discussed this looming soil crisis. Why has this happened? Well, in our efforts to produce more and more food at low cost, we keep stripping nutrients from the soil and working against nature rather than with it. We also favor chemical laden farming techniques, deforestation which increases erosion, and of course climate change.

Our soils play a key role in absorbing carbon and filtering water. Soil destruction also creates a really vicious cycle; less carbon is stored, the world gets hotter, and the land is further degraded.

Most of us have known we’ve lost vitamins in our foods because of lower quality soil for a long time but we’re guessing most of us aren’t aware of exactly where we’re at with all this. So we’re easing into a little casual conversation about soil – to remember every now and again that this brown stuff? It’s pretty darn important. 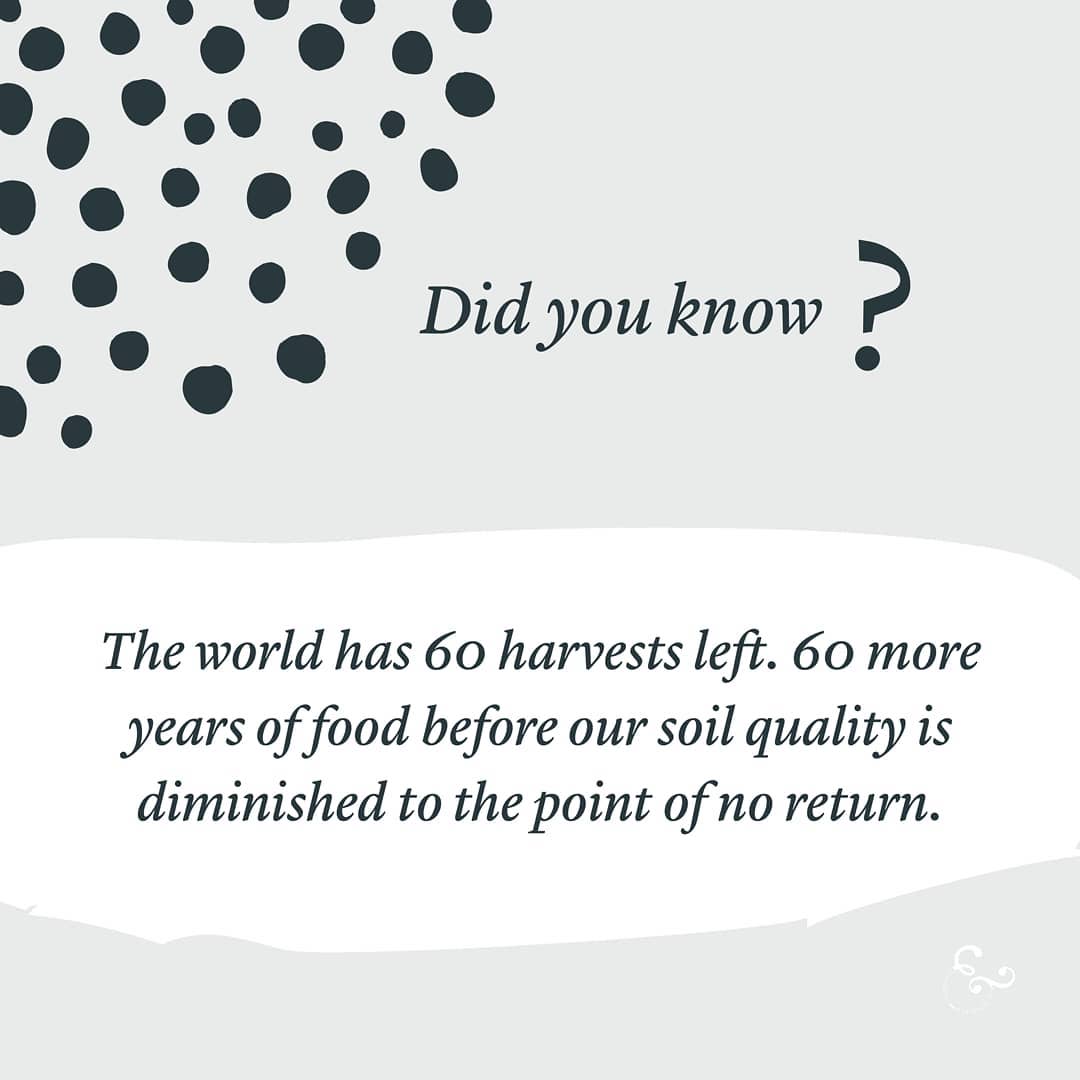