What are umbrella species? - Nowhere & Everywhere

Umbrella species are species whose conservation can benefit many others, especially those that rely on similar habitats. High-profile species identified as umbrella species typically have large home ranges that cover multiple habitat types. Therefore, protecting the umbrella species may protect many habitat types and the species that depend on those habitats. The effectiveness of this conservation approach is debated as not all species that share the same general habitat necessarily have the same specific needs, however it is often used to select a minimum size for protected areas. ⁠
⁠
A recent study (Hawkes et al. 2019) has suggested that finding and protecting a single umbrella species could achieve the same result as multiple projects targeted at many other species, for a fraction of the cost. This offers a shortcut for conservation and in places with many rare and threatened species a catalog of proven umbrella species could help conservationists manage habitats in the knowledge that vast numbers of other species would also benefit.⁠
⁠
Source: The Conversation 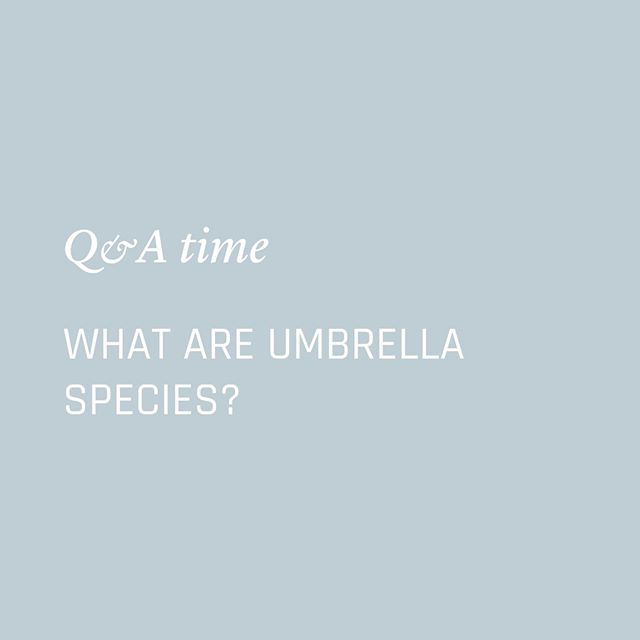