What if Canada had spent $200 billion on wind energy instead of oil? - Nowhere & Everywhere

Since 1999, more than $200bn has been invested into the Alberta oil sands. But what if that cash had gone into wind energy instead?

In 2017, the Alberta oil sands produced roughly 912 million barrels. About 60% was turned into gasoline and diesel, enough to fuel 73 million vehicles for 16,000km (roughly the average yearly driven distance). These vehicles emit an estimated 325 million tonnes of carbon dioxide, and driving them for 16,000km would cost drivers about $2,688.
Had $200bn been invested in the wind energy sector instead, Alberta would have 111,000 MW of capacity which could power more than 122 million electric vehicles for the same 16,000km​. No CO2 emissions would result from the operation of electric vehicles, and the cost to drivers would be much lower. Driving a Chevy Bolt electric vehicle the same distance at roughly the current cost in Alberta would cost you $190! What a saving!

The “upstream” emissions – produced by essentially boiling the oil out of the ground – have reached 66 million tonnes a year whereas no CO2 is emitted by wind turbines while generating electricity. The cost of generating wind power is also a lot lower. At an estimated production cost of $40 per barrel, making oil in Alberta costs roughly $36.5bn a year, whereas generating 111,000 MW of electricity at an estimated cost of $64,000 per MW = $7.1bn.

Here’s hoping we can do cost comparisons like this in the future to make more environmentally friendly decisions and investments. 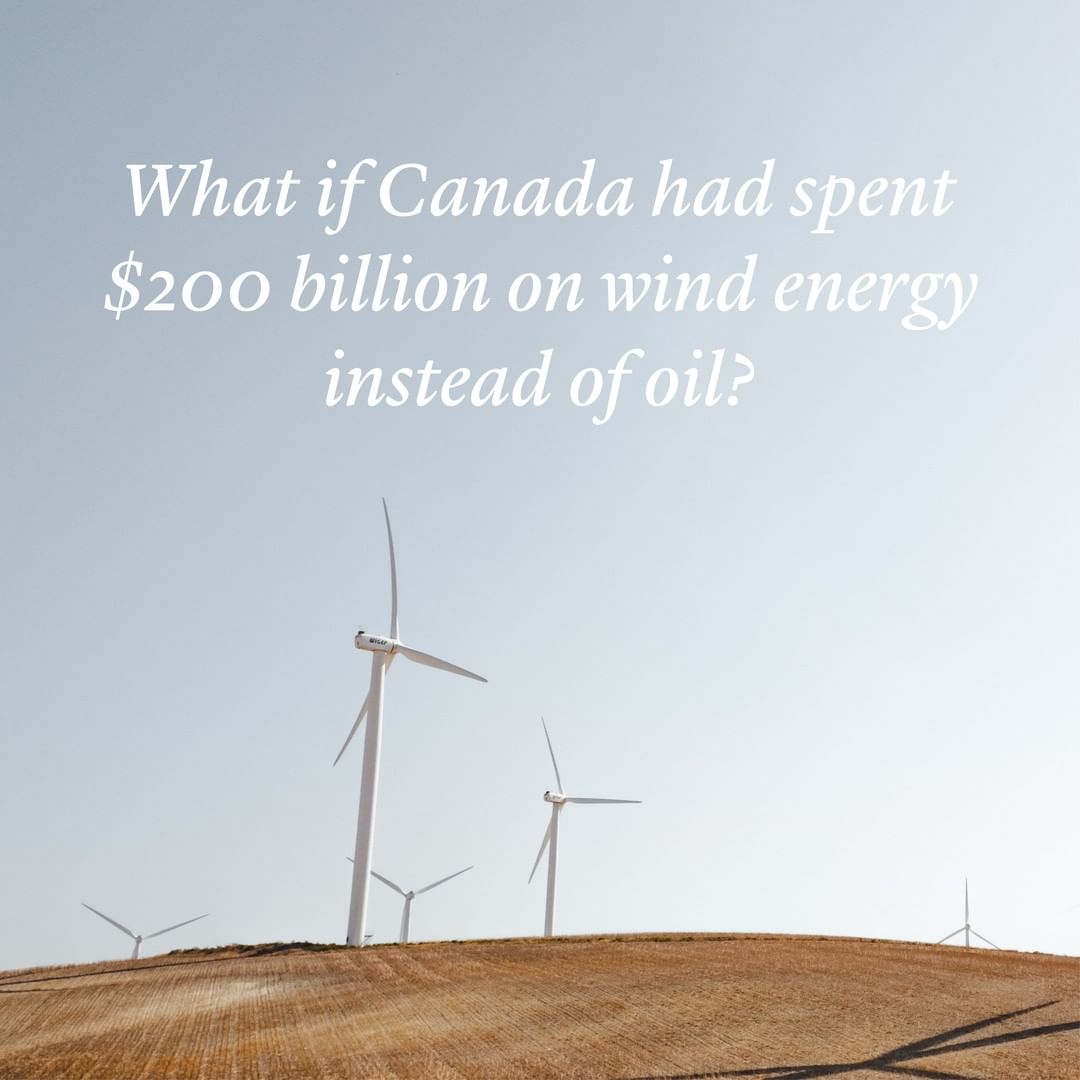