Why do we give Australia such a hard time? - Nowhere & Everywhere

What’s happening in Australia is devastating and, as an extremely wealthy country, also providing lots of insights into the world we might all face. It’s also such a stark contrast to the climate disaster response in Cambodia this year (near non existent domestically and internationally) and difficult to swallow. No matter where you are, it’s overwhelming. All of it. ⁠
⁠
The last few major climate change exacerbated fires capturing the world’s attention have found place in the USA, Brazil and Australia; three nations that consistently refuse to take responsible action on climate change and only a few weeks ago together frustrated all efforts at the COP25 in Spain to take further action on the climate crisis.⁠
⁠
It’s a confusing time. It’s heart wrenching. It’s terrifying. It’s sad. It’s maddening. It’s frustrating. For First Nations communities who are watching country disappear. For the people who have lost everything. For the families having to make decisions between defending livelihoods and saving their own life. For endless unpaid firefighters. For the animals that could do nothing. For a country that relies on mining and continues to vote in climate change denying governments. For a country that appears to have no inspirational leaders and all the problems of a two-party system.⁠
⁠
The final irony in the bushfires is that Australia has long treated its international refugees horrifically, with contempt and abuse, and is now seeing the creation of its own climate refugees, evacuated by the same force that turns away asylum seekers from other countries. ⁠
⁠
Our arms are wrapping around anyone affected and everyone here. Emily adopted a number of injured koalas for us and that has given us the smiles and energy to run off.⁠
⁠
Article by Lis up on the site (link in bio) including a bushfire Q&A section. 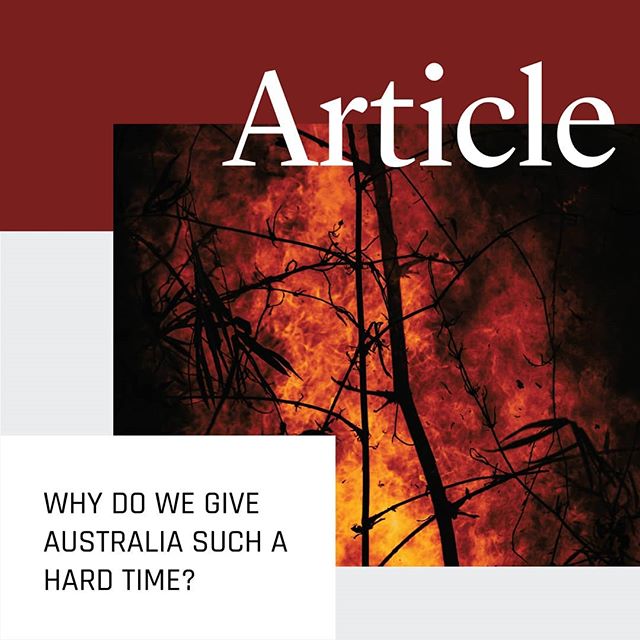