1/ Coral coverage around some of the most popular tourist islands on the Great Barrier Reef has dropped by almost half in the last 18 years, according to a new study which found they were being hit by multiple impacts, including heat stress causing bleaching, cyclones, flood plumes and poor water quality. The loss of hard corals was between 40 and 50% at each island group. (The Guardian)

2/ The United States has lost billions of dollars of oil and gas revenue to fossil-fuel companies because of a loophole in a decades-old law. The loophole dates from an effort in 1995 to encourage drilling in the Gulf of Mexico by offering oil companies a temporary break from paying royalties on the oil produced. However, the rule was poorly written and the temporary reprieve was accidentally made permanent on some wells. As a result, some of the biggest oil companies in the world, including Chevron, Shell, BP, Exxon Mobil and others, have avoided paying at least $18 billion in royalties on oil and gas drilled since 1996, according to a new report. (NYT)

3/ Even more wildfires have ignited in California this week, amid high winds and dry weather, despite massive ongoing firefighting efforts and power shutoffs to hundreds of thousands of customers throughout the state in hopes of preventing an ignition. All this is happening after three straight years of record-breaking fires that researchers say are likely to continue in a warming world. (NYT / Vox)

4/ A new report from the Coalition for Urban Transitions finds that, because sea level rise exacerbates flooding and storm surge, it is a critical threat to urban coastal areas. More than 10 percent of the world’s population now resides in urban centers or quasi-urban clusters situated at less than 10 meters above sea level. Also a new Climate Central research report released this week finds hundreds of millions more people than previously known live on land at risk from coastal flooding linked to climate change. The largest vulnerable populations are most heavily in Asia. Today, the group calculates roughly 110 million are presently occupying these lands, protected by walls, levees, and other coastal defences. It finds that 190 million people will be living in the areas come 2100. (Phys / BBC / Forbes)

5/ The amount of carbon released from the loss of intact tropical forests is 626 per cent higher than previously thought, a new study has found. Generally when scientists measure carbon emissions released by forests they look at deforestation, however this is only part of the story. Selective logging which damages the overall health of forests and wildlife losses from hunting are among the things harming them. Scientists also took into account the amount of carbon which would have been sequestered if degraded forest had stayed intact. (Science Advances / Independent)

6/ The amount of plastic polluting China‘s coastal waters has soared following a government drive to stop rubbish being dumped in the country’s rivers. More than 200 million cubic metres of waste was found floating off Chinese shores last year, up 27 per cent on 2017, according to the environment ministry. Debris in the country’s seas has hit the highest level in a decade, with plastic accounting for the vast majority of the rubbish. (Independent)

7/ The world’s river deltas take up less than 0.5% of the global land area, but they are home to hundreds of millions of people. With fertile soils and easy access to the coast, deltas are critical hotspots of food production. Vietnam’s Mekong delta alone supplies almost 20% of the world’s rice. Sea levels are rising as a result of climate change, while deltas are themselves sinking, and together this means the relative sea level is rising extra fast. Deltas are now subsiding much faster than they would do naturally thanks to groundwater being pumped from aquifers underneath them and used to irrigate crops and provide water for rapidly growing cities. (ERL / The Conversation)

8/ The government has halted fracking in England with immediate effect in a watershed moment for environmentalists and community activists. Ministers also warned shale gas companies it would not support future fracking projects. Boris Johnson, who once referred to fracking as “glorious news for humanity” and urged the UK to “leave no stone unturned, or unfracked” in pursuit of shale gas. A week ago a damning report from Whitehall’s spending watchdog found its plans to establish fracking across the UK was dragging years behind schedule and had cost the taxpayer at least £32m so far without producing any energy in return. The ban is not permanent and may be restored if fracking can be carried out more safely. (The Guardian / The Guardian 2 / 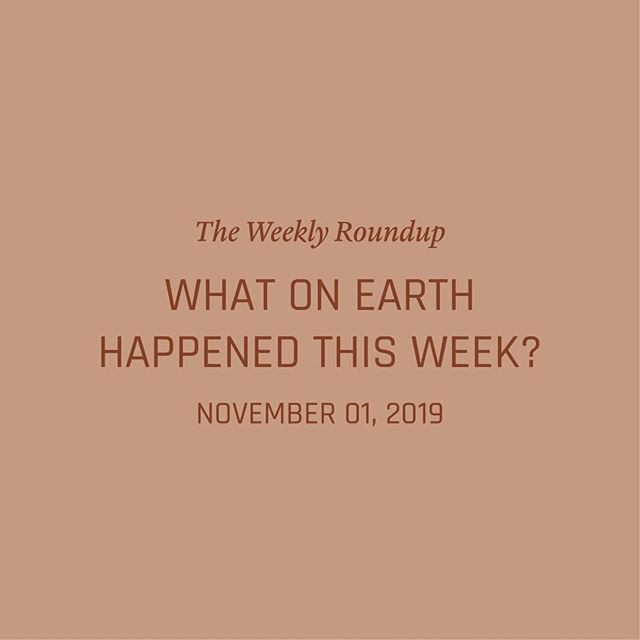 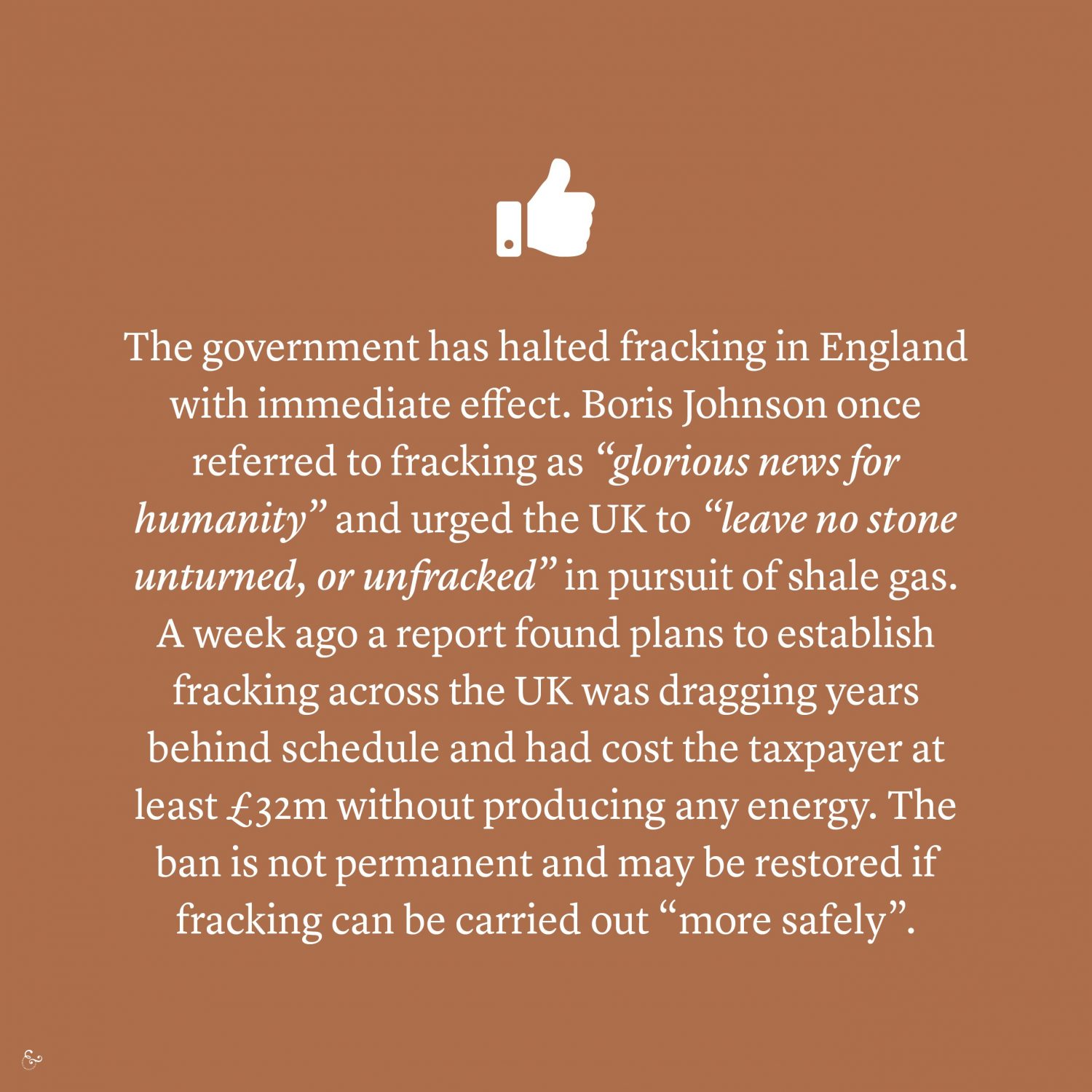 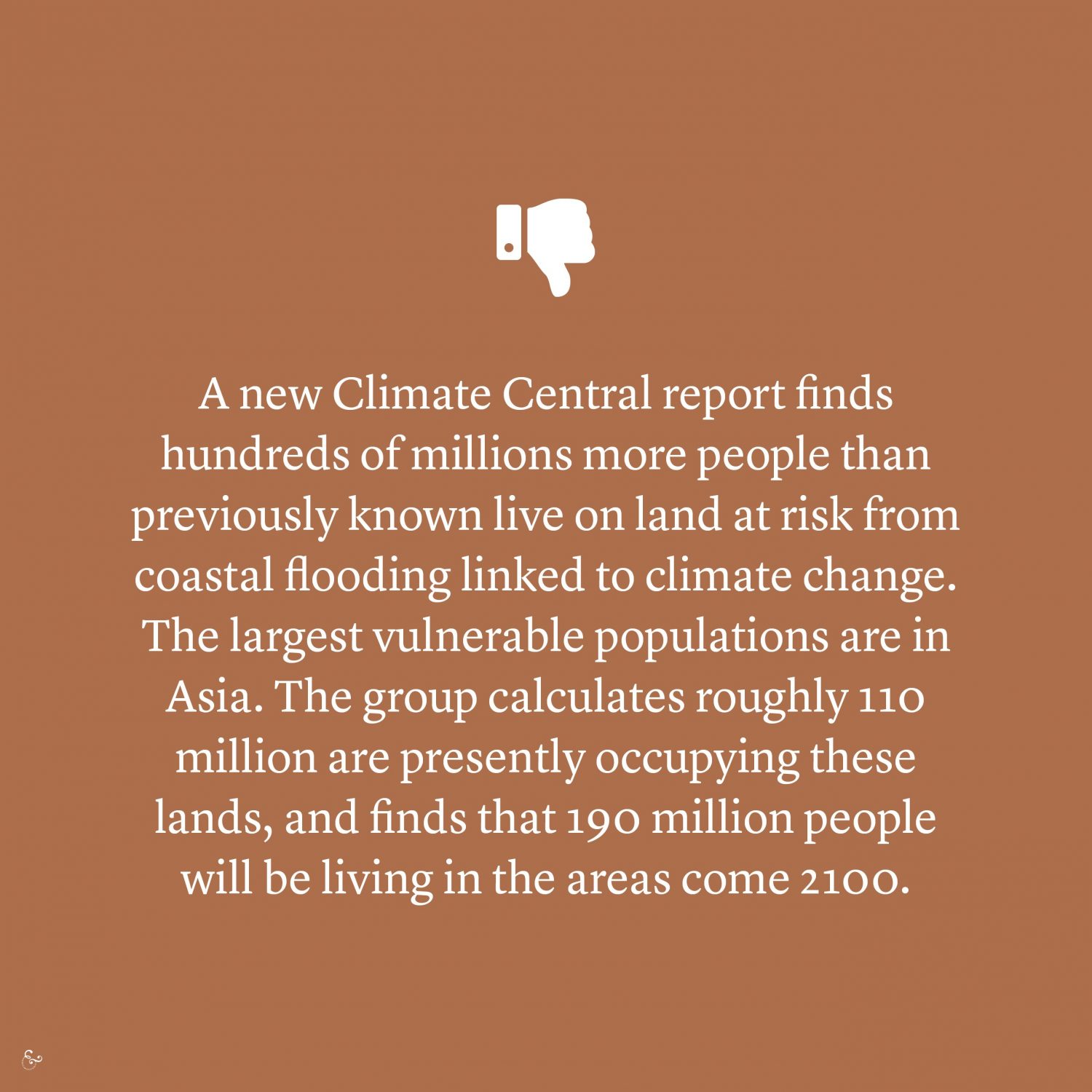 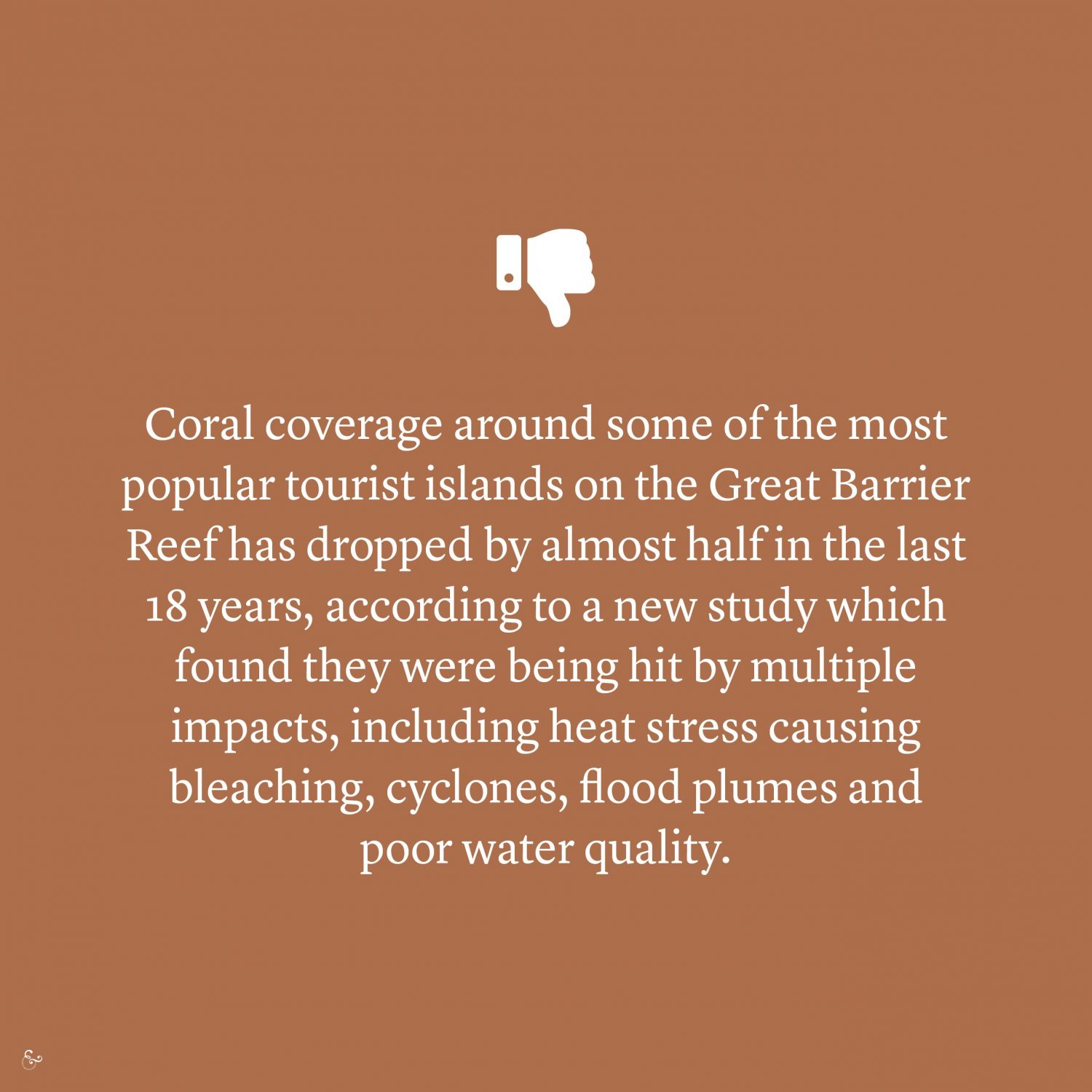 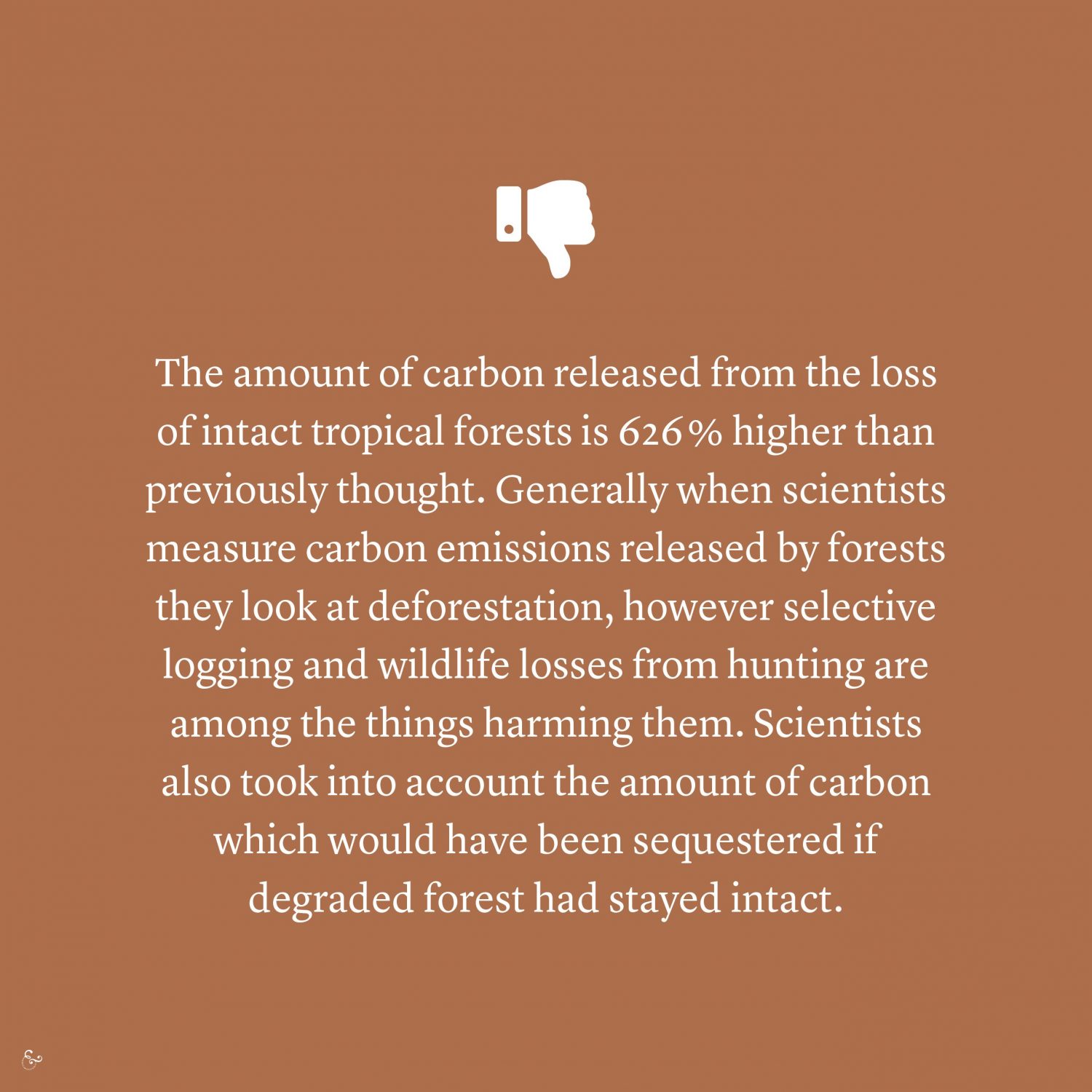 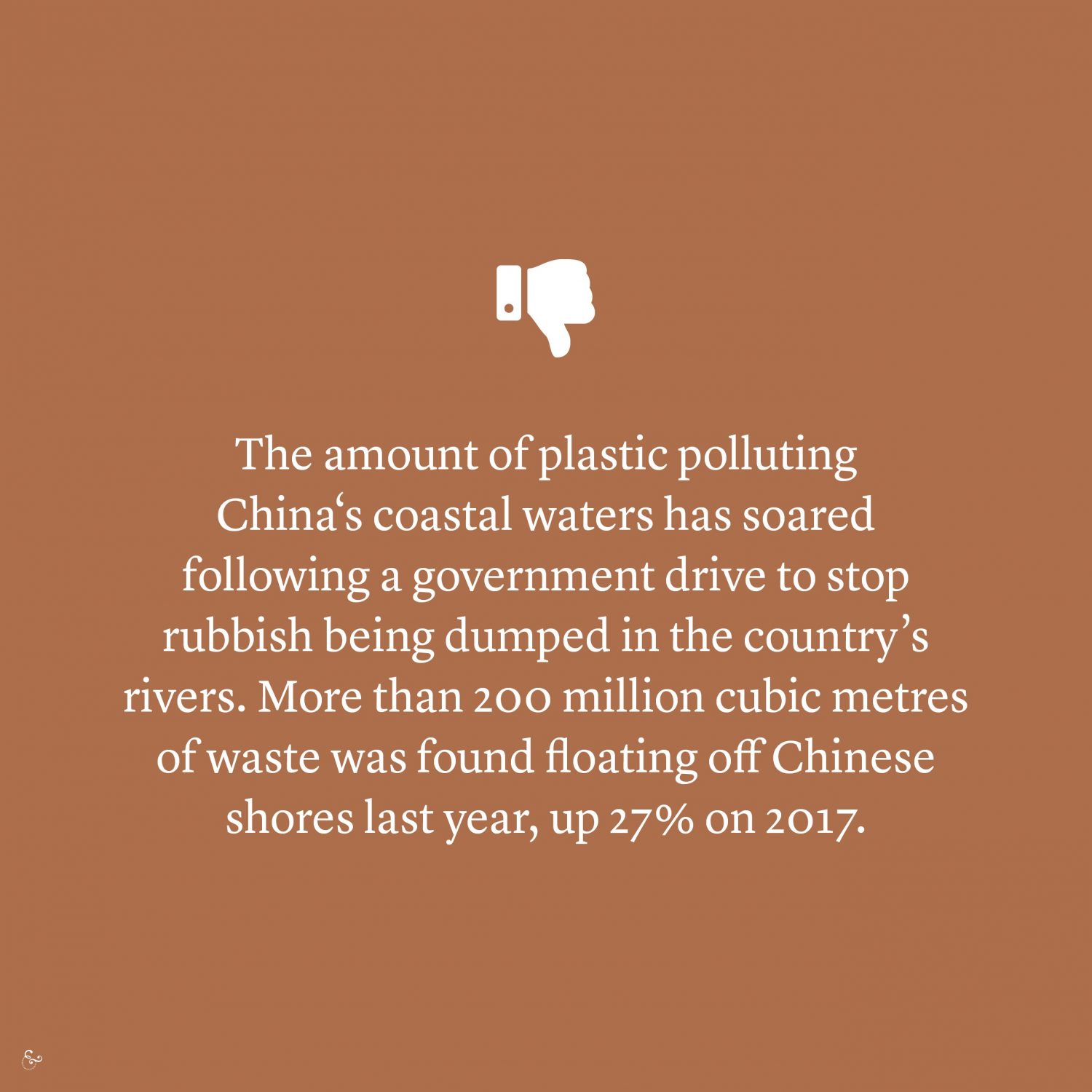 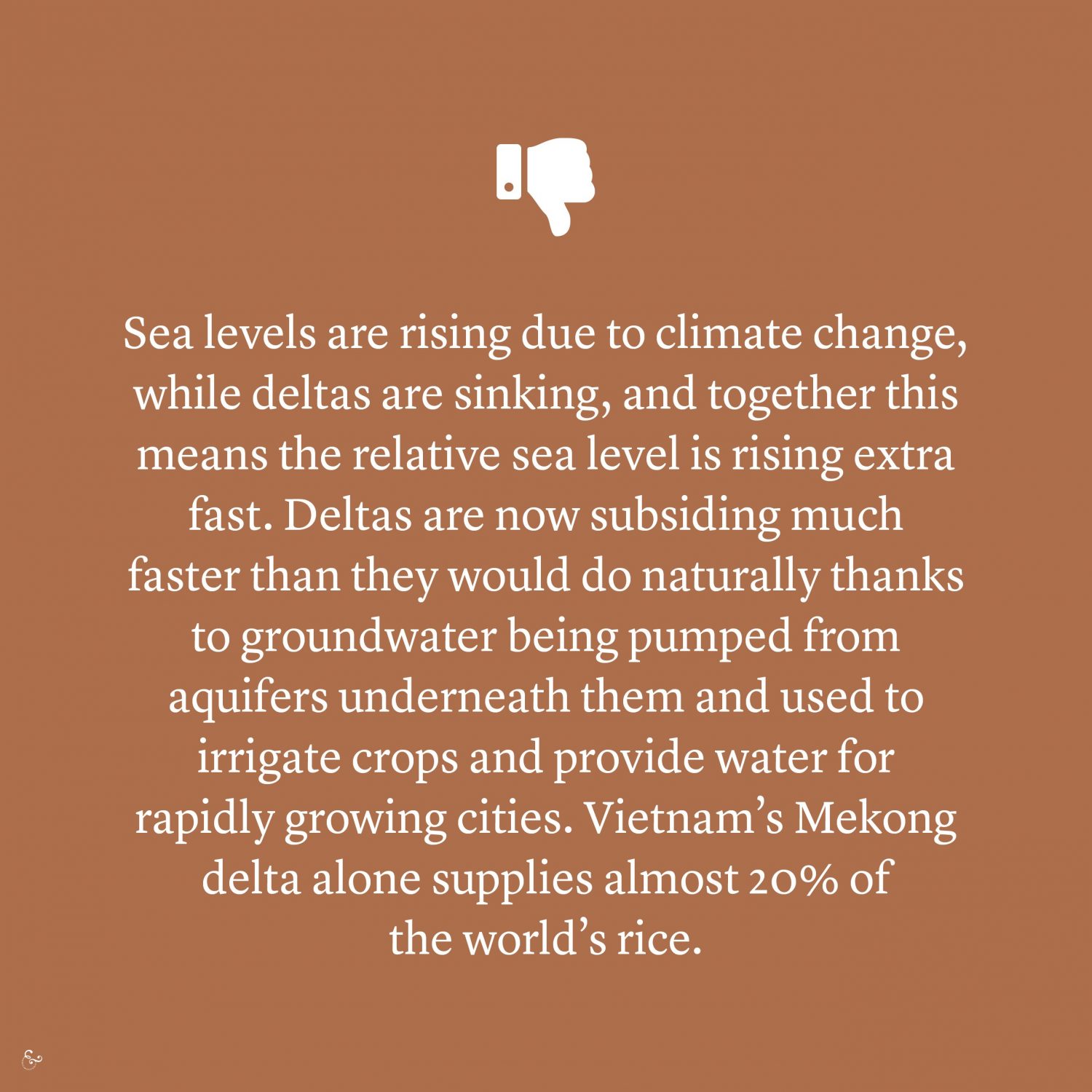 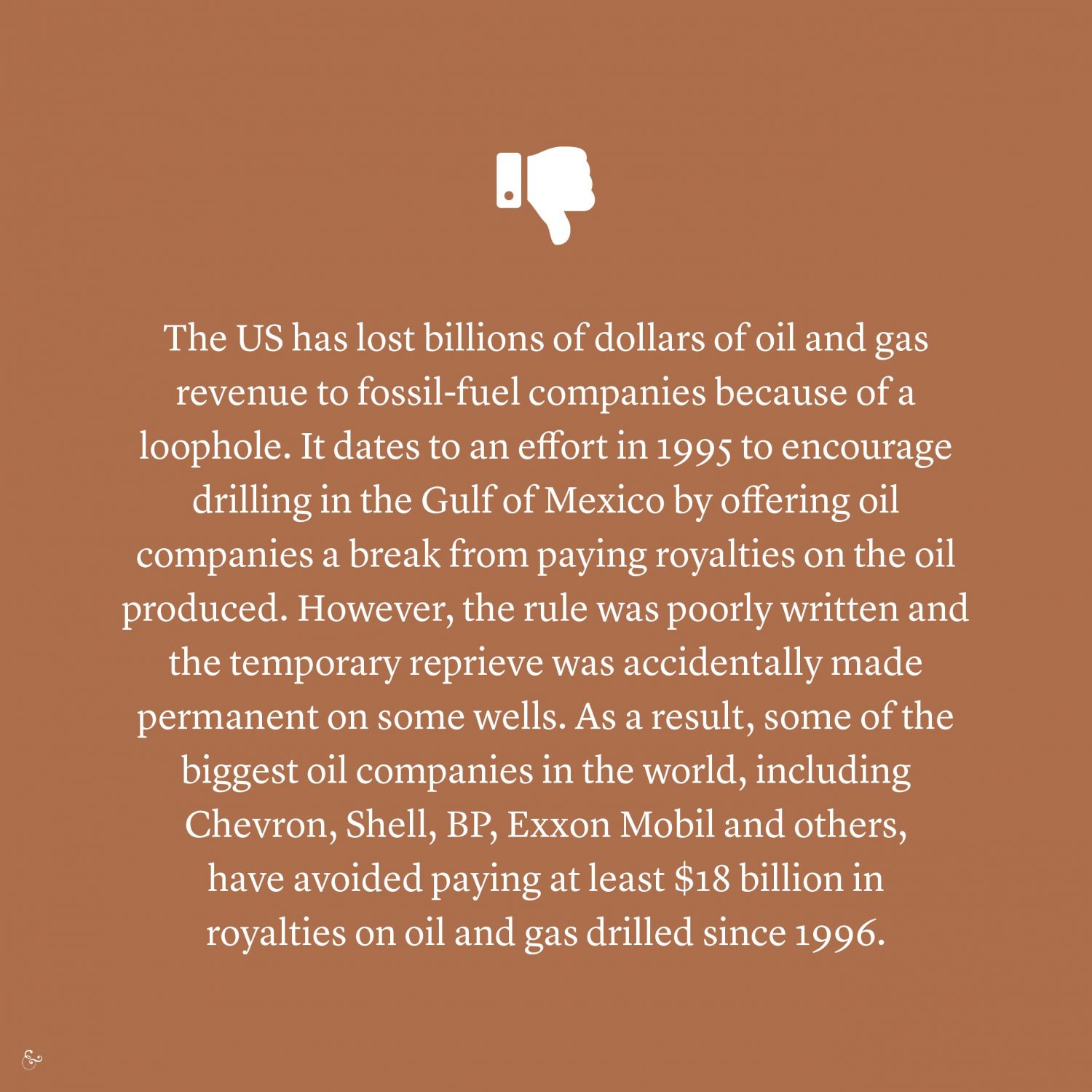